A Day in Photos: Part 1 of Mickey's Not-So-Scary Halloween Party

While we've talked a bit already about what to expect at Mickey's Not-So-Scary Halloween Party and brought you video from Happy HalloWishes and the Boo-To-You! Parade, we wanted to share with you some of our favorite images from our last visit, along with a few new tips! 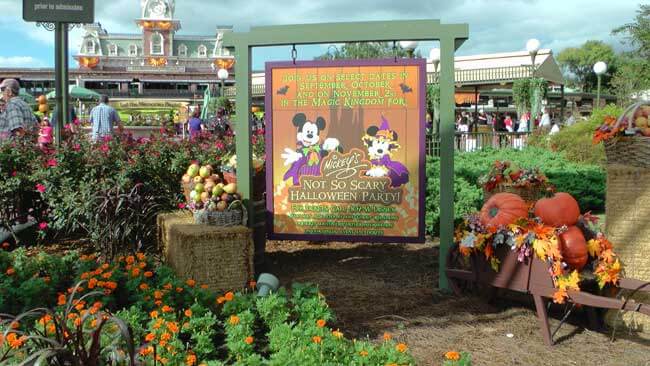 Mickey's Not-So-Scary Halloween signage outside of the Magic Kingdom.

I know we mentioned previously that the official start of the party is 7 p.m., but the gates open at 4 p.m. You will find significantly less wait in line at the entrance and everywhere else if you go early. On the day we went, a storm rolled in that afternoon and so we waited in our car before we braved the downpour. Luckily, it didn't take too long to blow through. 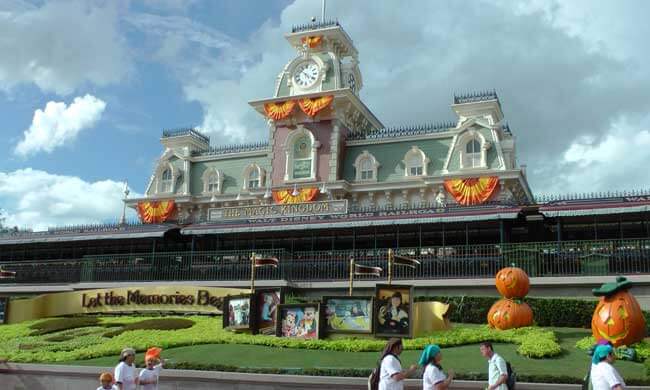 The entrance to Magic Kingdom, decorated for fall. 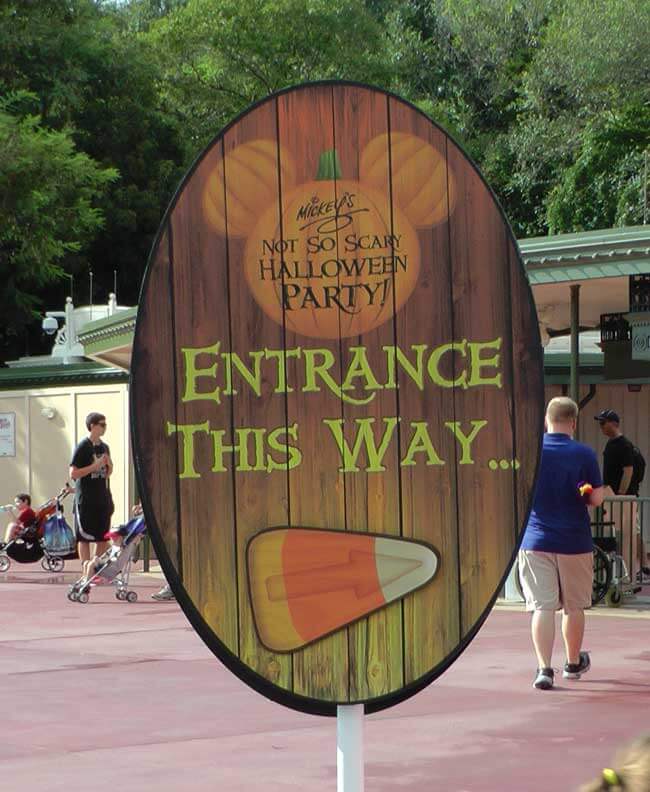 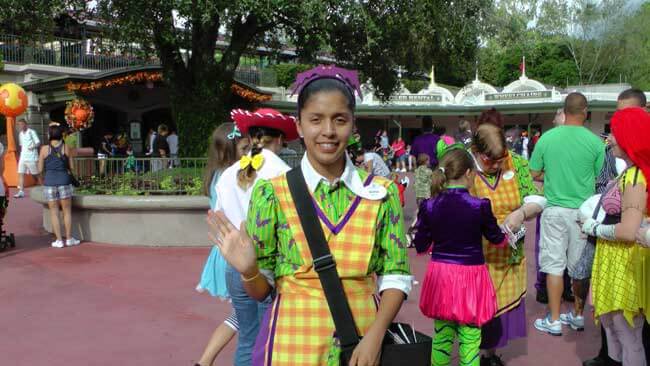 As well as cast members to help you.

Remember to grab your party wristband, then your map and bag for trick-or-treating. You might want to bring your own bag or at least an extra if you have serious trick-or-treaters on your hands like I do with Tad and Lily. 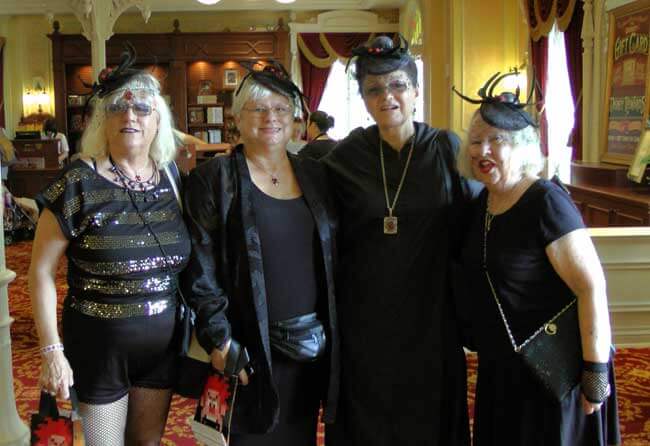 The black widows agreed to take a photo.

While you do not have to wear a costume, they are encouraged! I am amazed by the number of parents who dress up alongside their children, and you will be blown away by how much attention to detail people pay to their costumes. They are so good, they rival the characters in the parks! 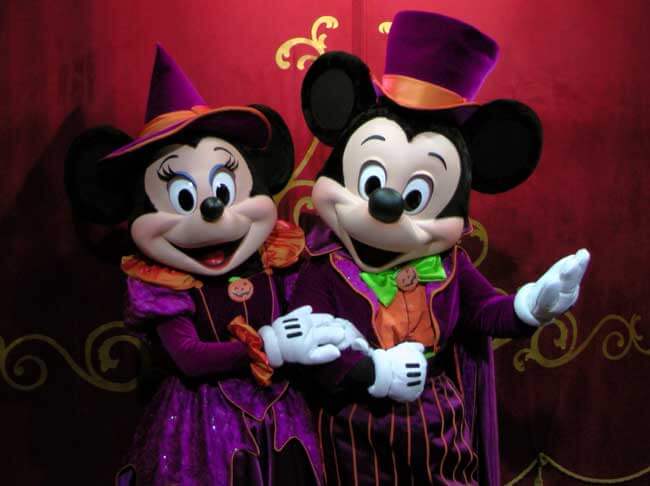 Of course, no one ever looks as fantastic as Mickey and Minnie!

Lines for character meet-and-greets can get quite long, so we recommend you get in line early, especially for characters who aren't around very often (the Seven Dwarfs, for example). If you don't have little ones or you don't mind crashing bed time, you can alternately make character stops just before closing time. 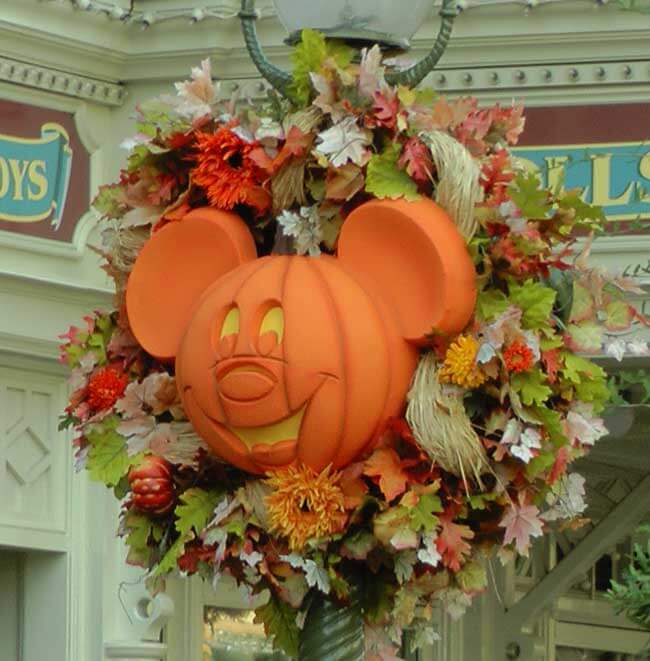 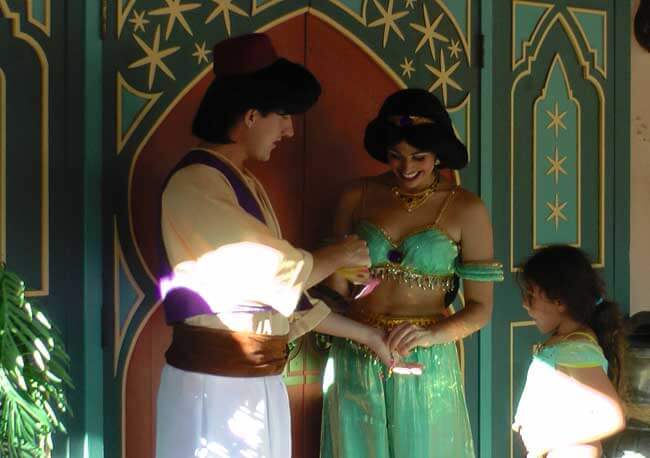 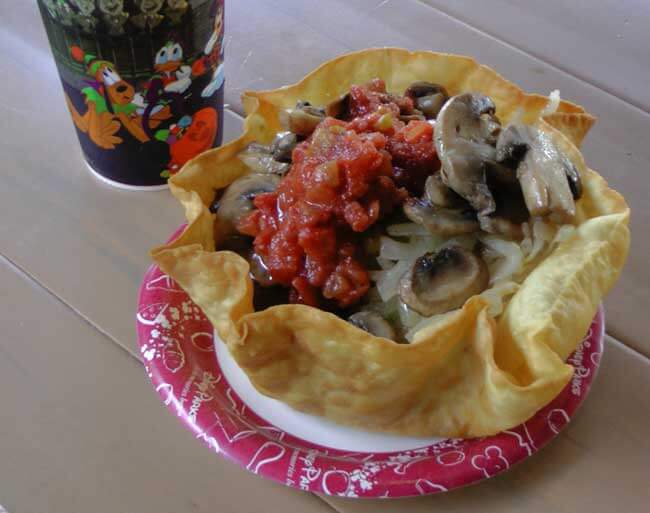 This year, Leap decided to see how many toppings he could add to his taco salad at Pecos Bill Tall Tale Inn & Cafe. If you'll recall from our post on budget dining in the Magic Kingdom, this is one of the places where you can save by $$$ taking advantage of the "self-serve" counter additions.

The rest of us were saving room because after riding Splash Mountain we were headed to Sleepy Hollow Refreshments, one of Lily's favorite places for treats in the Magic Kingdom. 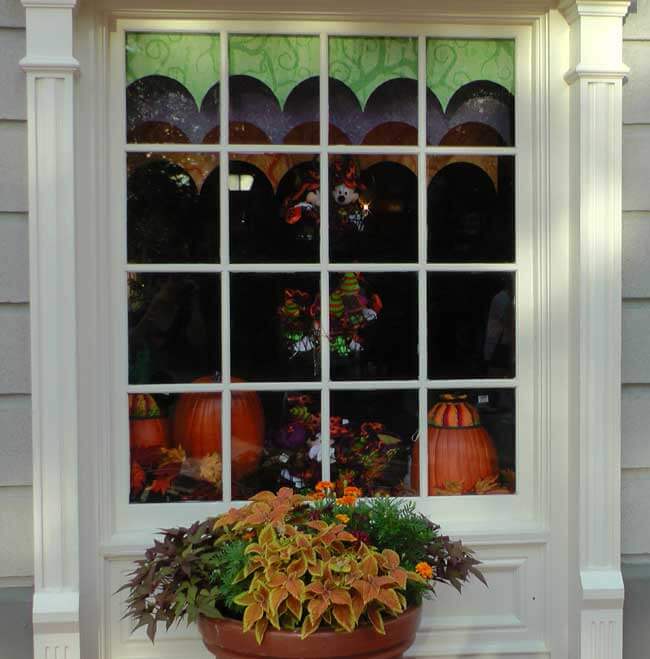 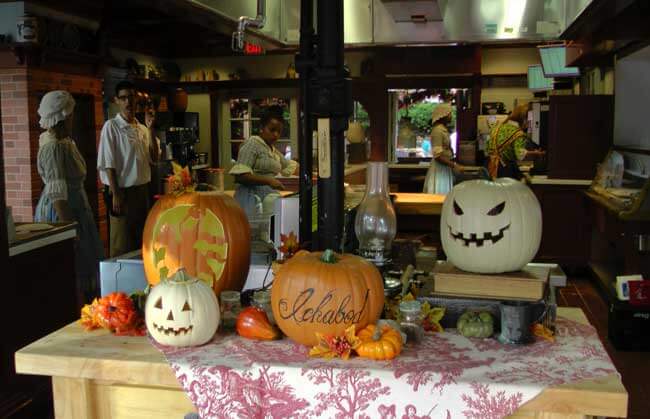 The view inside Sleepy Hollow Refreshments! 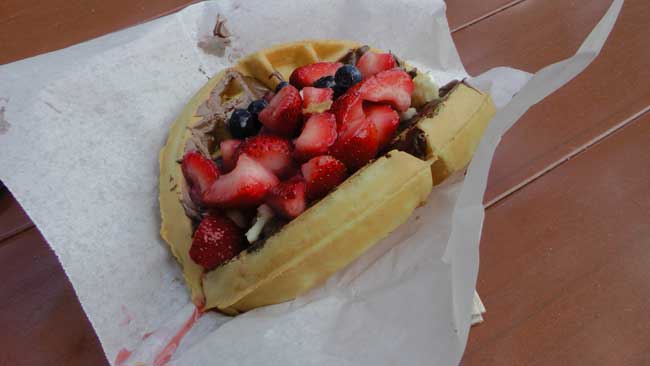 Normally, Lily and Tad get their own desserts, but since we had eaten dinner earlier, we decided to all split the most decadent, ooey gooey item on the menu. It did not disappoint, but we were all so stuffed!

That was just the first half of our evening at Mickey's Not-So-Scary Halloween Party. We'll bring you details on the second half later this week!