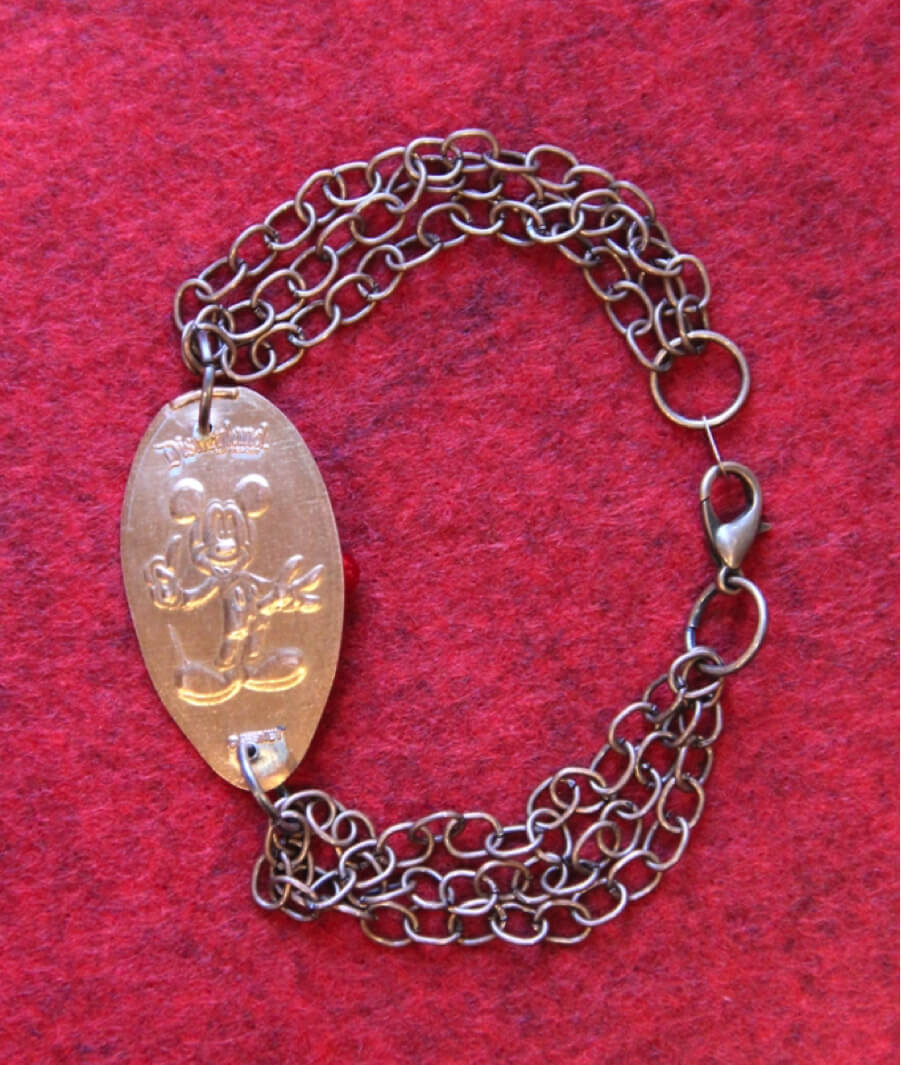 One of the most affordable souvenirs to be found in Disney parks is the pressed penny. There are lots of different characters and attractions available, and they're easy to carry home. As a bonus, it's kind of fascinating to watch one being made. But do you ever wish there was something fun you could do with them once you're home? I've got just the project for you — a Disney pressed penny bracelet!

You'll also need a hammer, a nail and two sets of pliers.

I found this set in a copper color so it matches the penny, but you could certainly make this with any color of hardware. 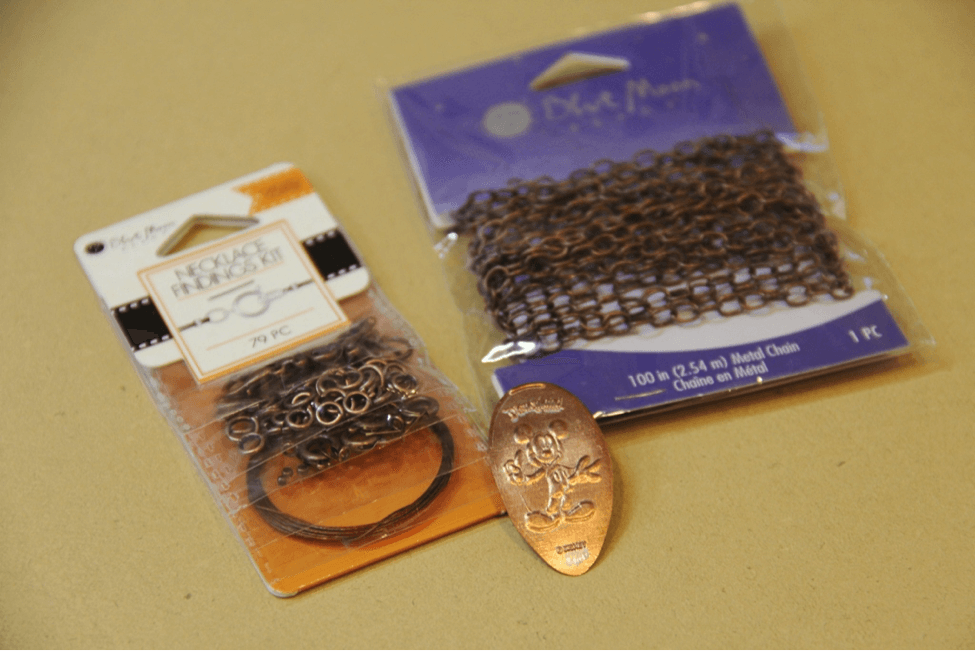 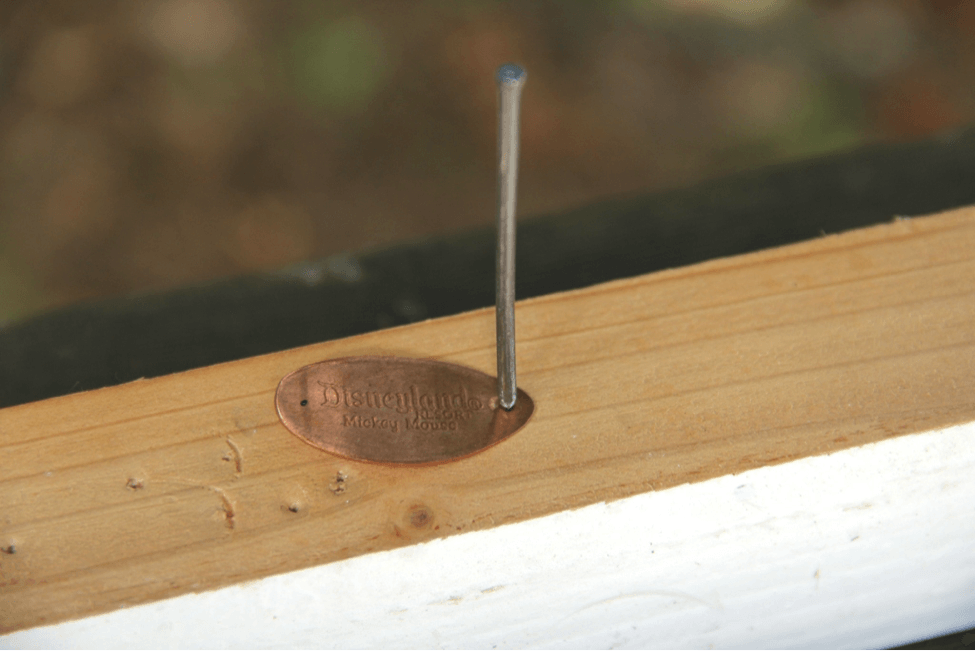 Grasp the ring on both sides with the two sets of pliers. Twist in opposite directions to open the ring. This keeps the ring stronger and easier to close than pulling the two sides away from each other. 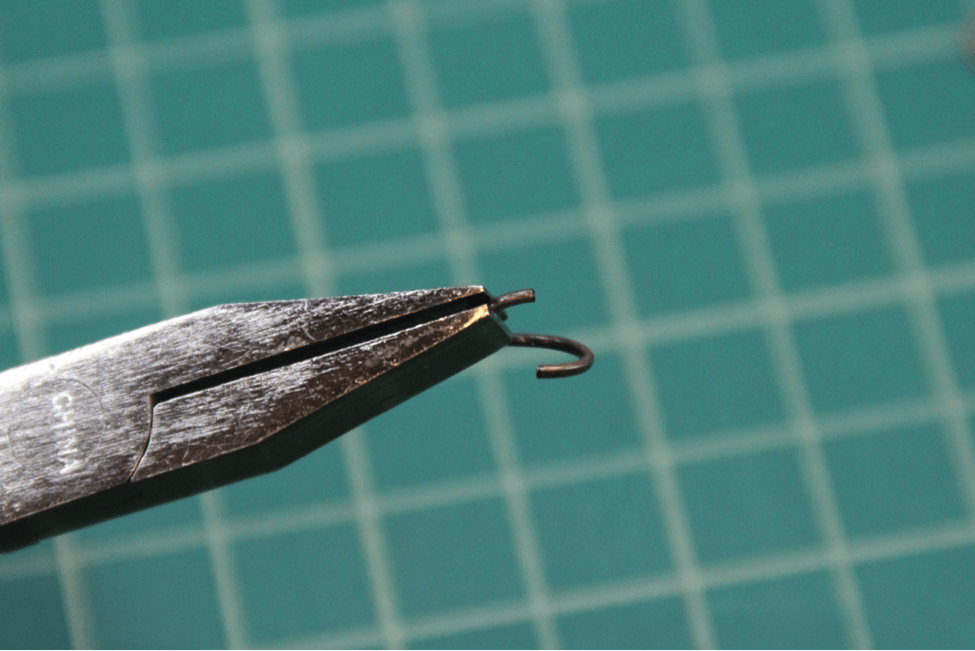 Add the jump rings to both sides of the penny, leaving the rings open. Do the same with the closure, then lay end to end and measure. Mine is 3". 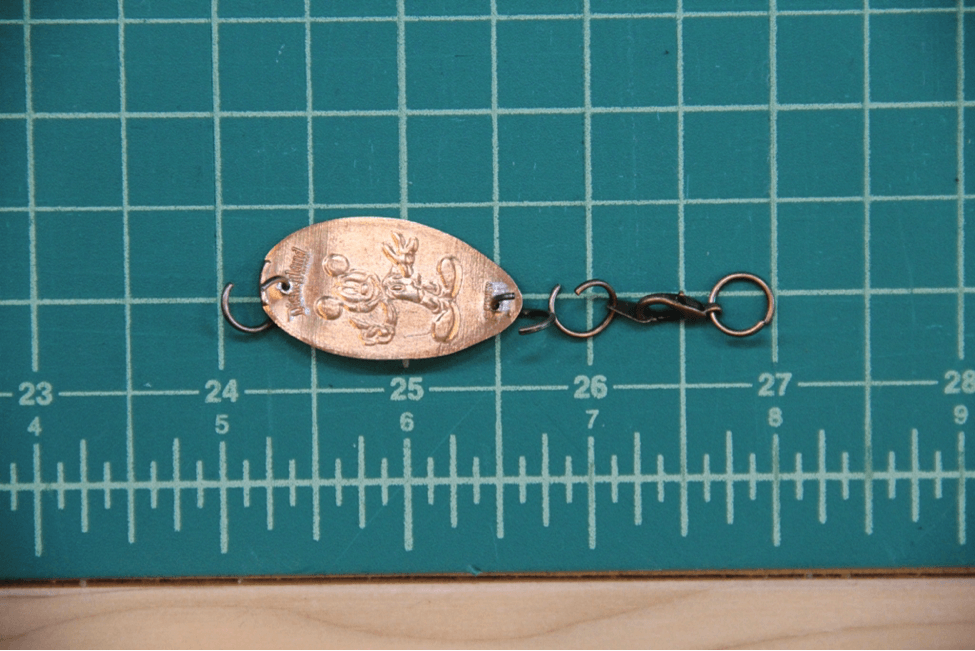 Measure your wrist. Add 1" and subtract the measurement of the penny/closure. For me, my wrist was 7", plus 1", minus 3", for a total of 5". Divide that number in half and cut six chains to that length. 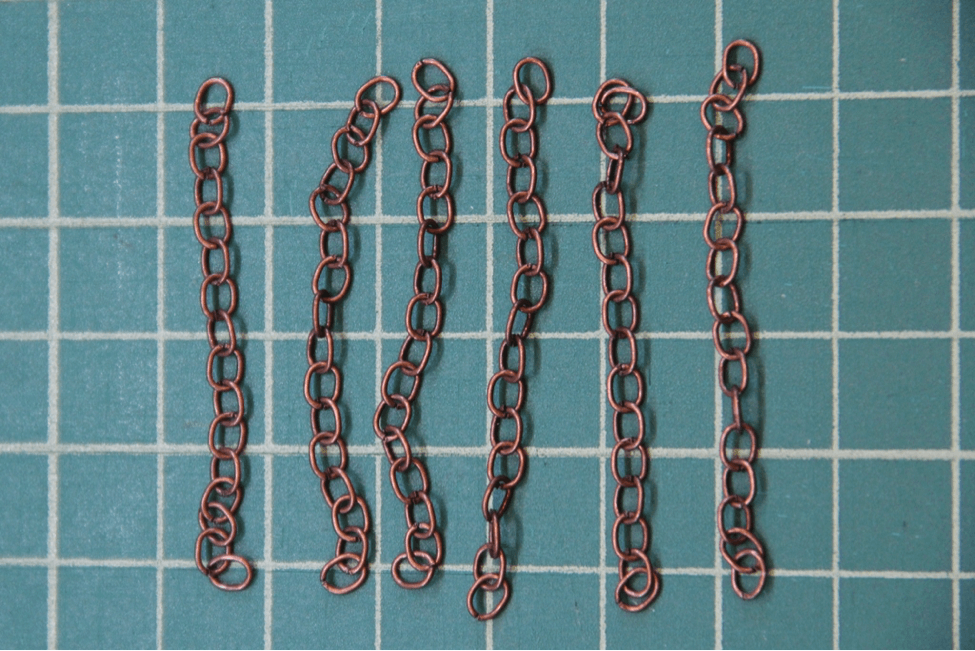 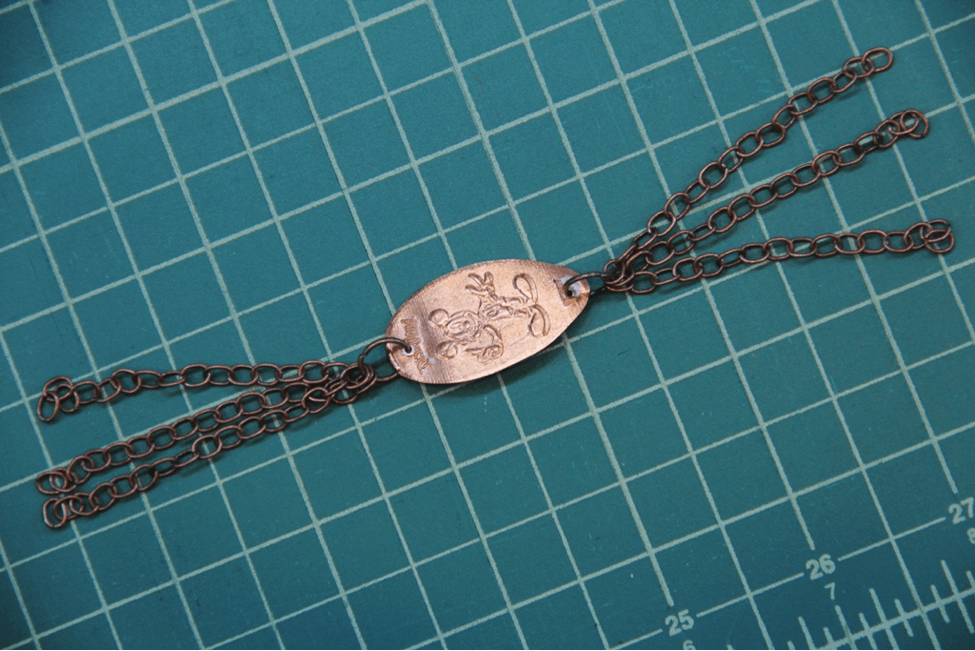 Add the ring and closure to each end the same way. 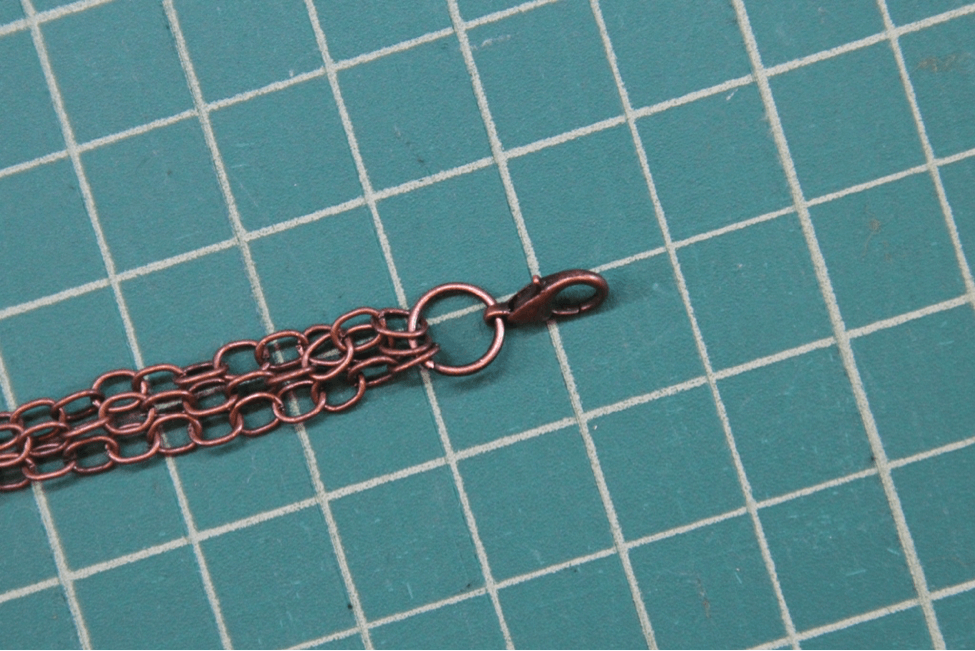 Not only is the Disney pressed penny bracelet a great way to show off your favorite souvenirs, but it also gives you something fun to wear on your next trip! 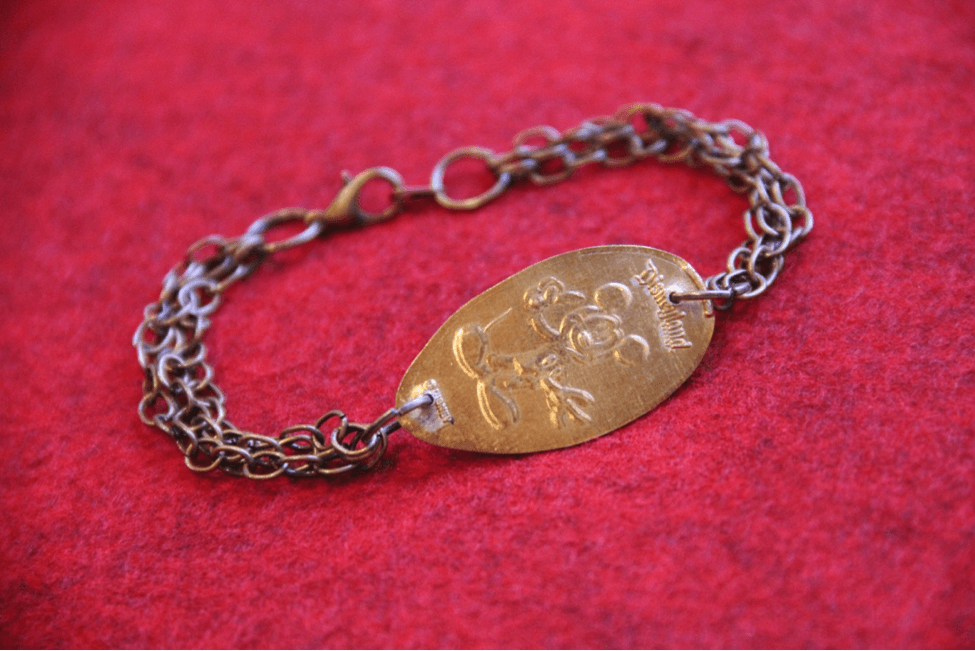 Love the Disney pressed penny bracelet? Check out all of our fun Disney crafts before your next trip to the parks!

Staci has been sewing and crafting for as long as she can remember.  If there’s a technique she hasn’t tried, it’s probably on her wish list.  At her blog, Crafty Staci, she shares beginner-friendly craft and sewing tutorials, simple recipes and her successful, and sometimes not-so-successful, attempts at expressing her own creativity. In addition to her blog, you can find Staci at Facebook, Pinterest, Twitter and Instagram.