Get the Picture? 10 Photo Tips for a Disney Vacation

Walt Disney World is a photography buff's dream, but what about people like us who just want to take great pictures of our family vacation? Here they are...my 10 best photo tips for a Disney vacation.

1. Get to know your camera before you get to the parks. 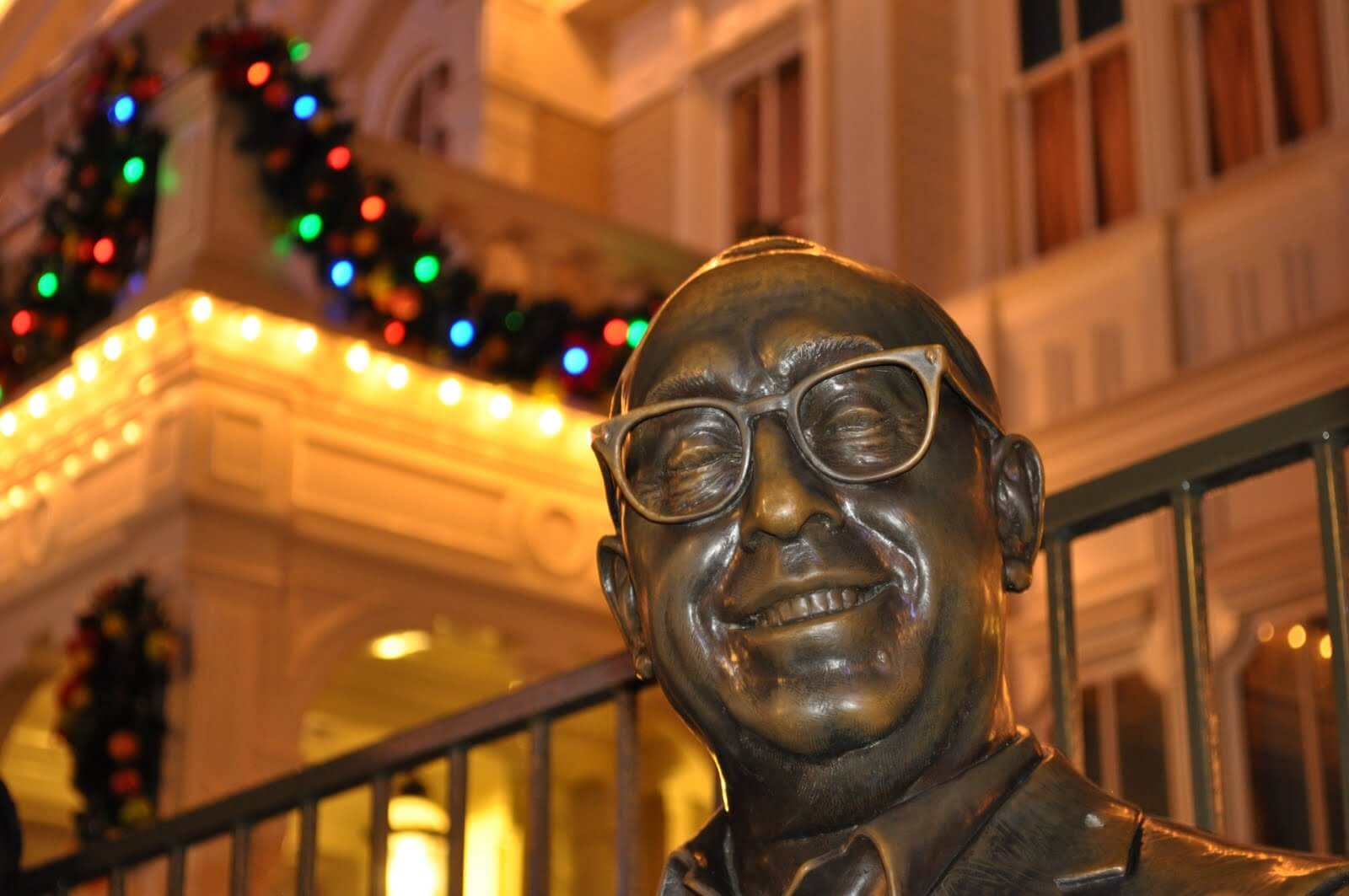 This one sounds obvious, but I can’t begin to count the number of times I’ve watched someone fuss with the camera while their family’s smiles hang on for dear life. You don’t have to be an expert, but at least try to be familiar with the basic features of your camera before you arrive. On that note, know how much stamina your camera has so you have plenty of battery life and memory. It’s much cheaper to have that stuff to begin with than to purchase it at the parks.

2. Take LOTS of pictures of EVERYTHING.

Since we’re not dealing with rolls of film limited to 36 exposures, snap away; you can delete bad ones when you get home. Don’t get stuck on the standard Cinderella Castle ones though; take pictures of YOUR vacation! Here are a few scenarios that have created some of the Frog Family’s favorite snapshots:

• While you’re eating (Take pictures of your food, too. When else can you eat a waffle shaped like Mickey Ears and a giant turkey leg at one sitting?) 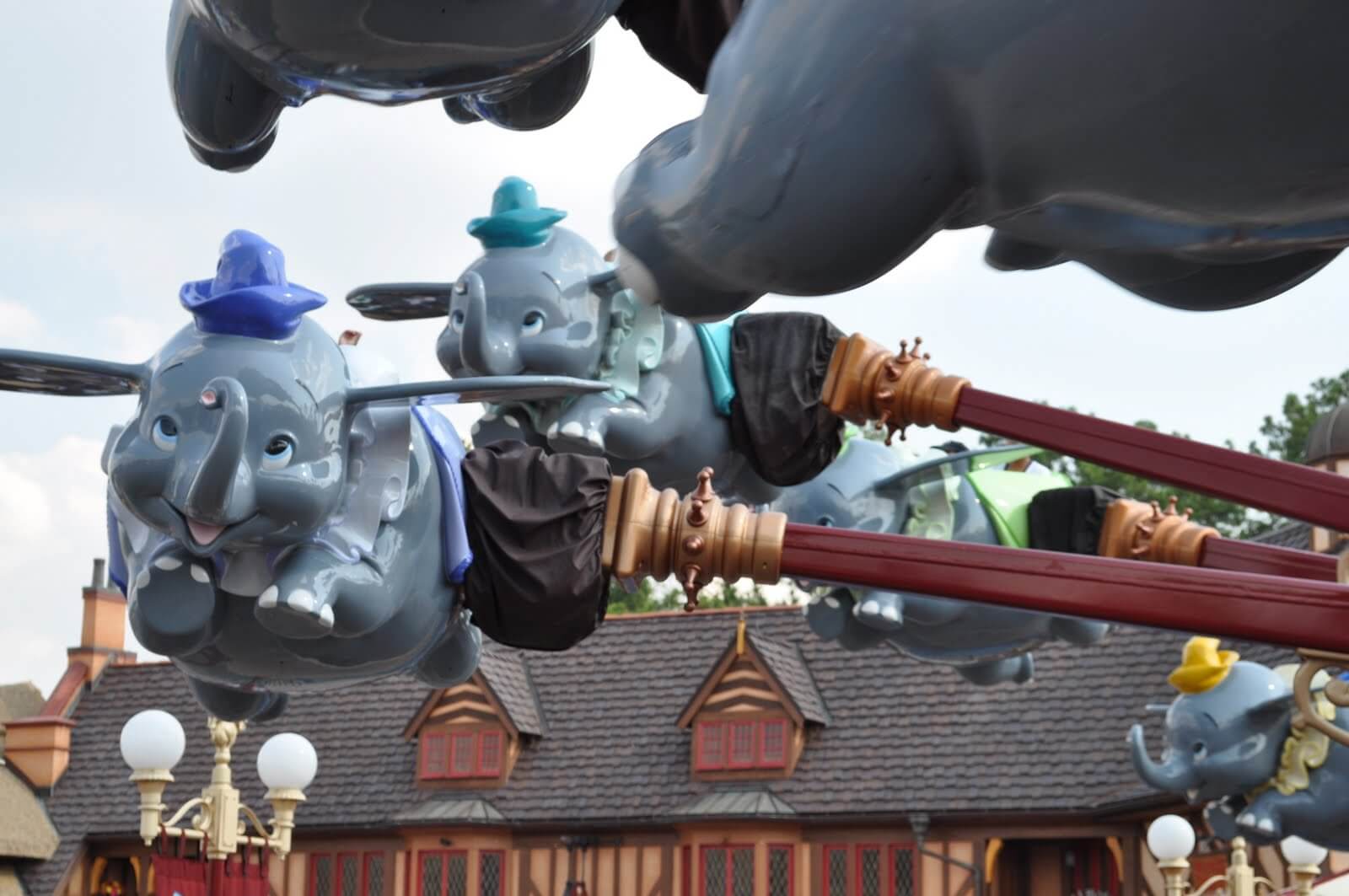 watching shows like Wishes Nighttime Spectacular and Festival of the Lion King.)

• While you’re on the ride (This doesn’t work for dark rides and coasters, but pictures taken on rides like Dumbo the Flying Elephant and Prince Charming Regal Carrousel are always a hit.)

3. But take a break from the camera sometimes, too.

I know I’ve spent too much time behind the camera when my memory of Celebrate a Dream Come True Parade at Magic Kingdom has a 3”X3” frame around it. Yes, these pictures capture some pretty precious moments, but you don’t want to regret not taking part in something because you were too busy trying to get that perfect shot.

4. Have more than one “official” family photographer. 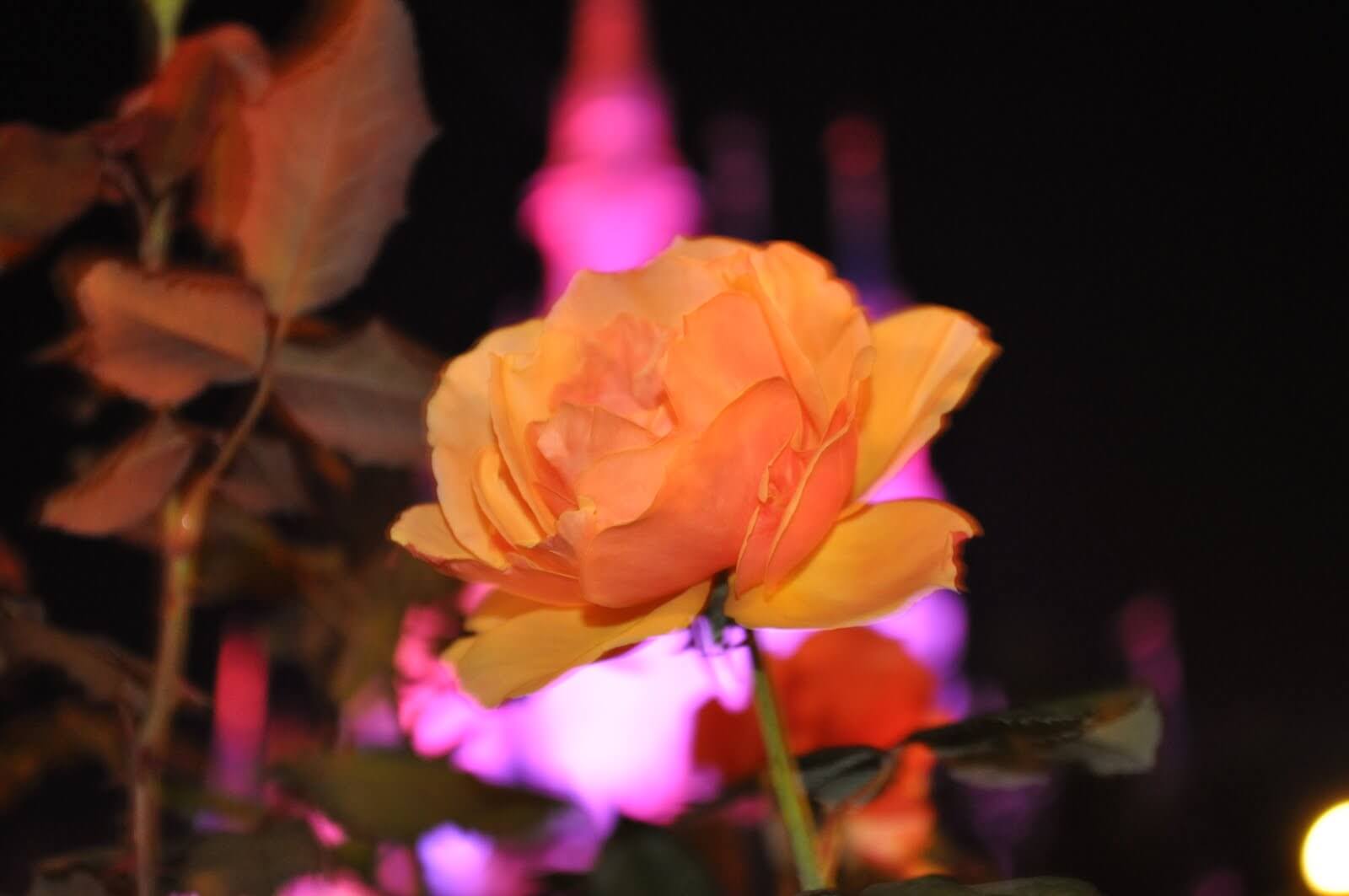 If ONE person takes ALL the pictures, ALL the pictures will be missing that ONE person. You’ll also have a much more interesting array of photos. When Lily takes a turn with the camera, we get shots from a much different perspective and ones that I wouldn’t have thought to take.

5. Strike a pose, there’s nothing to it. 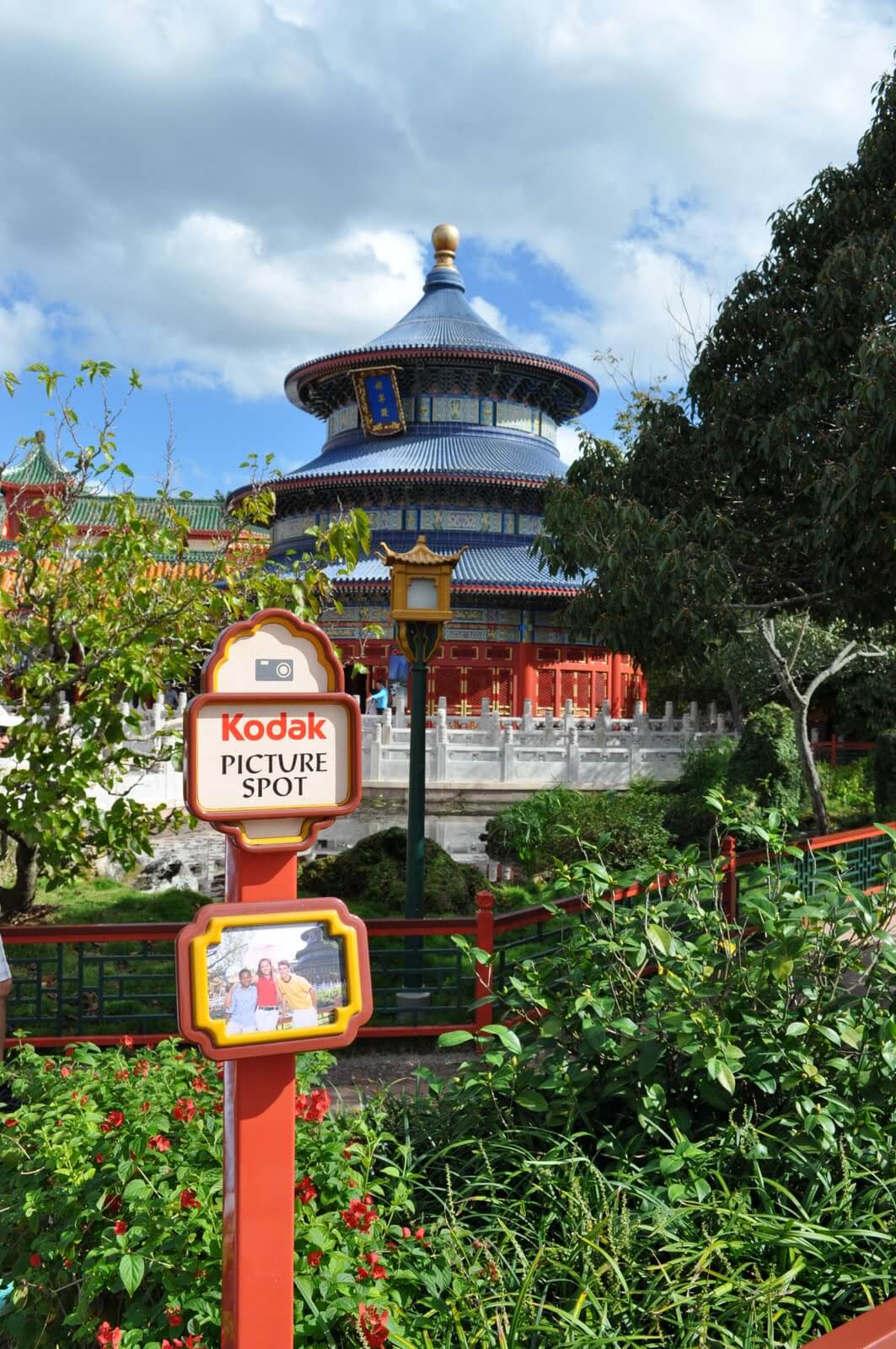 You’d be hard-pressed to find a “bad” backdrop for a picture at Disney, but you’ll never go wrong with the Picture Spots for posed shots. They’re located throughout all the parks and are notated on the park maps with a blue & white camera symbol. For other posed pictures (especially the ones in front of the parks’ icons), we take advantage of Disney’s PhotoPass service. Everyone will be in the picture and you’re pretty much guaranteed great shots; the PhotoPass photographers are awesome.

6. Use a makeshift tripod.

As if you don’t have enough to carry, why lug around a tripod all day? Be creative; use a trash can or railing to steady the camera instead. (Exception: If you’re looking to take the best possible pictures of the fireworks, a tripod is the way to go.) 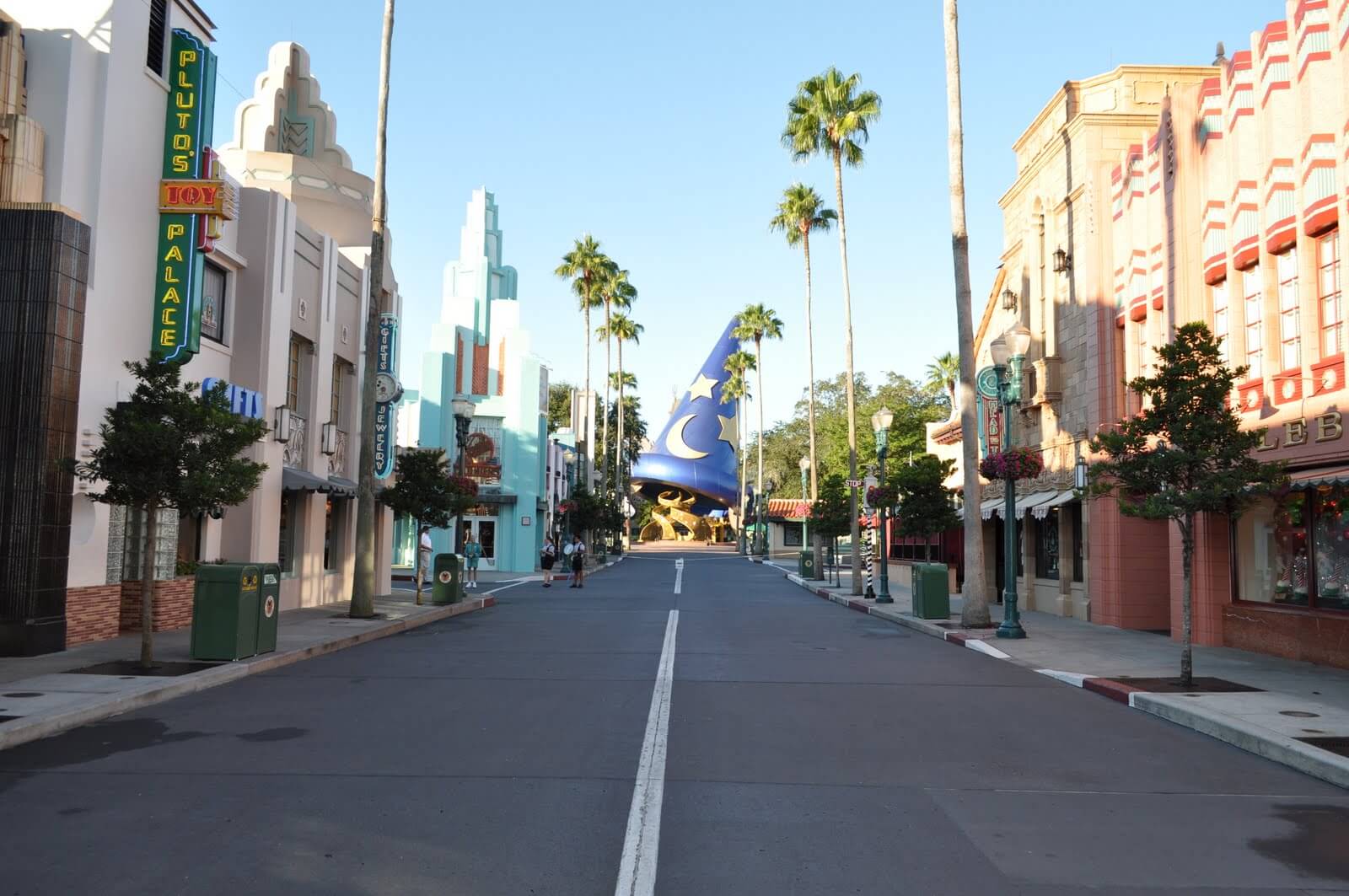 Tell a story with your vacation photos by taking pictures of the whole process. (i.e. The line you waited in to ride Toy Story Mania!, the sign outside of the restaurant, the crowds before a parade, the kids waking up each morning, etc.) These pictures usually end up to be the ones that spark the most memories, too...“Oh my gosh, remember how empty the park was when we got there for our Character Breakfast?”

Be sure to take pictures of the kids from their level sometimes. As I look through Frog Family vacation photos, I’m struck by how much better the ones are of Tad and Lily that I took from their point-of-view. Make a note to do this especially when your kids are meeting the Disney Characters or standing in front of something that is much bigger than them. 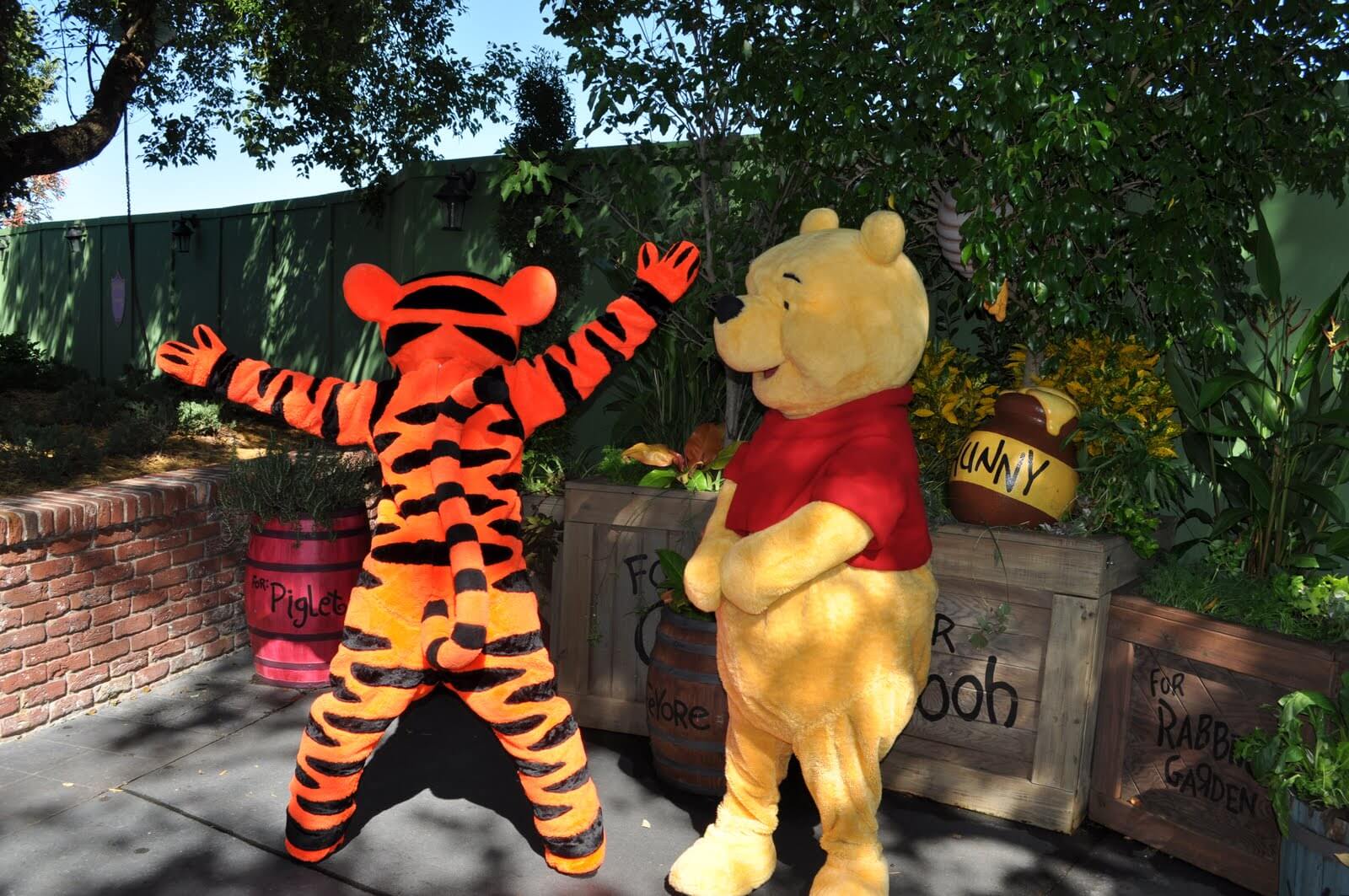 9. Help out the camera-shy among you.

Tad would much rather be behind the camera capturing videos for our YouTube channel, so to make having his picture taken more fun we try to come up with a theme for the whole trip. His favorite is to have his picture taken wearing a hat from each country’s pavilion in World Showcase at Epcot.

10. Upload during down time.

As soon as we get back to the room each night, I import the photos onto my laptop and label the folder with the park and date. It’s a great way to get the kids to settle down, too. We all pile onto one bed to look through our pictures from that day. Wait a minute…I should take a picture of THAT!