Scenes from Our Terrifing Night at Halloween Horror Nights 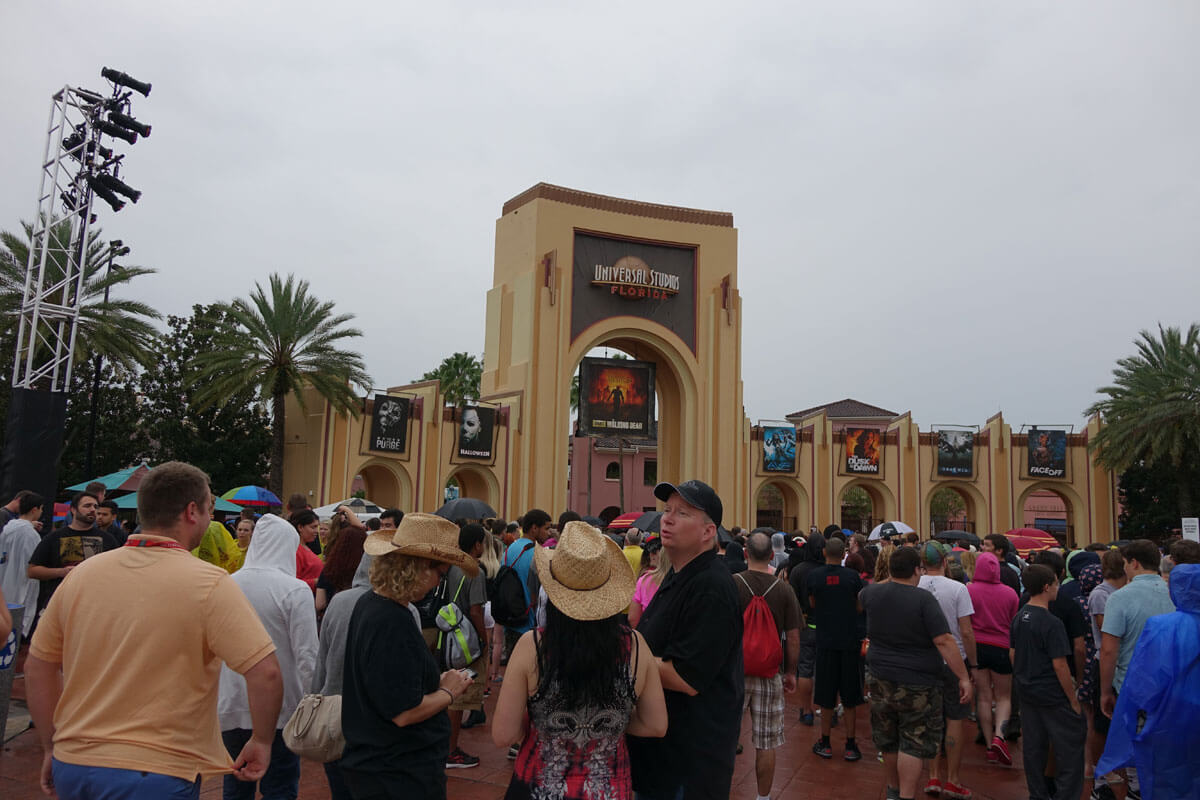 Even the downpour for most of the night wasn't enough to scare away the crowds, and it even added to the eeriness of the event. 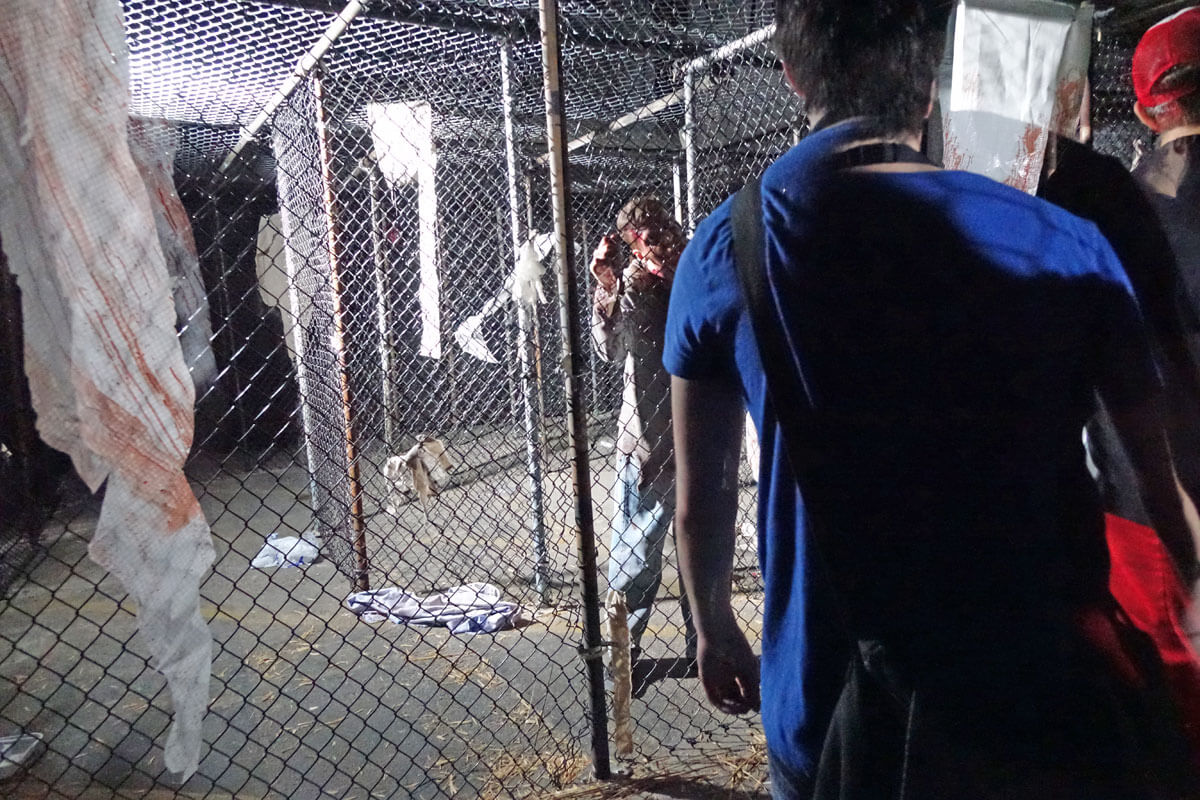 The Walking Dead was back, but this year, it was confined to one house and not part of the street experiences. That one house was the largest in Halloween Horror Nights history with more scare actors than any house in history. For you Walking Dead fans, it encompassed the entire fourth season!

The biggest buzz of the year has easily been over Alien Vs. Predator. The futuristic, sci-fi set easily wins in originality, and like last year's An American Werewolf in London, relies in part on puppeteers. 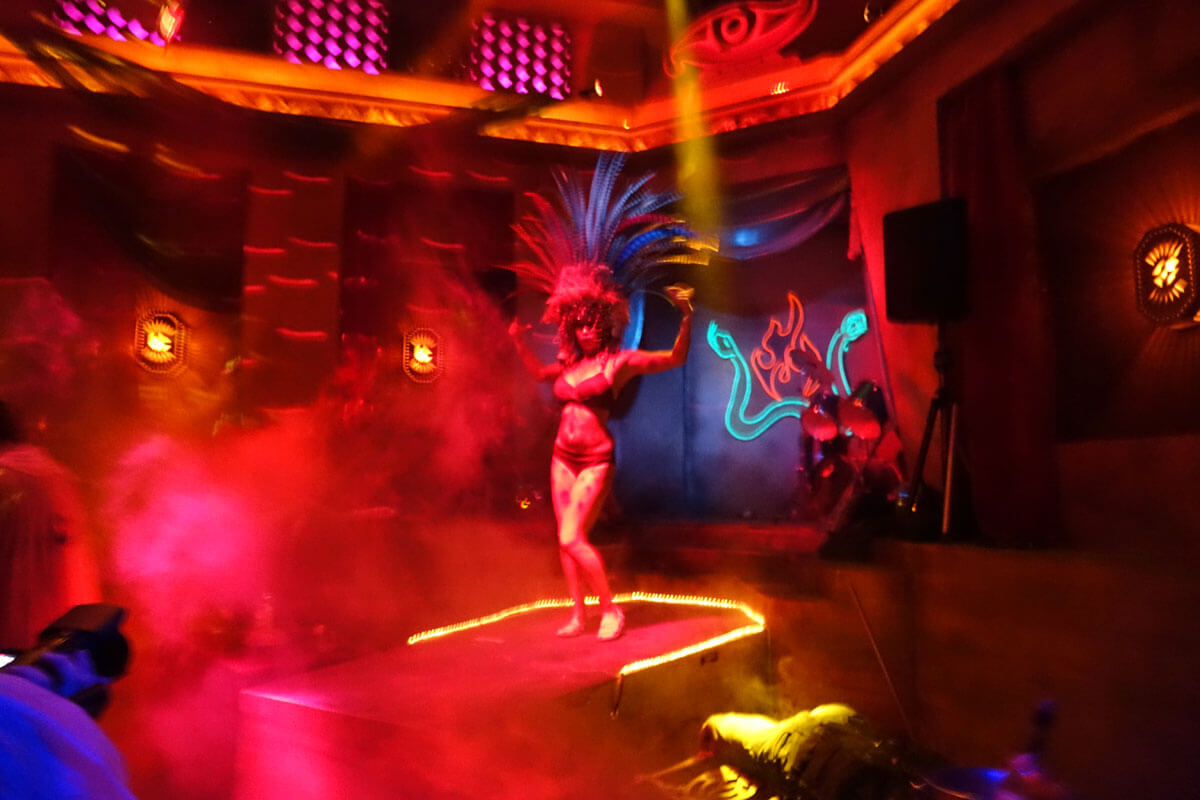 From Dusk Till Dawn, based on the El Rey TV series, was the raciest house we've ever experienced at Halloween Horror Nights, but delivered some of the most bitingly realistic scenes of all the houses. 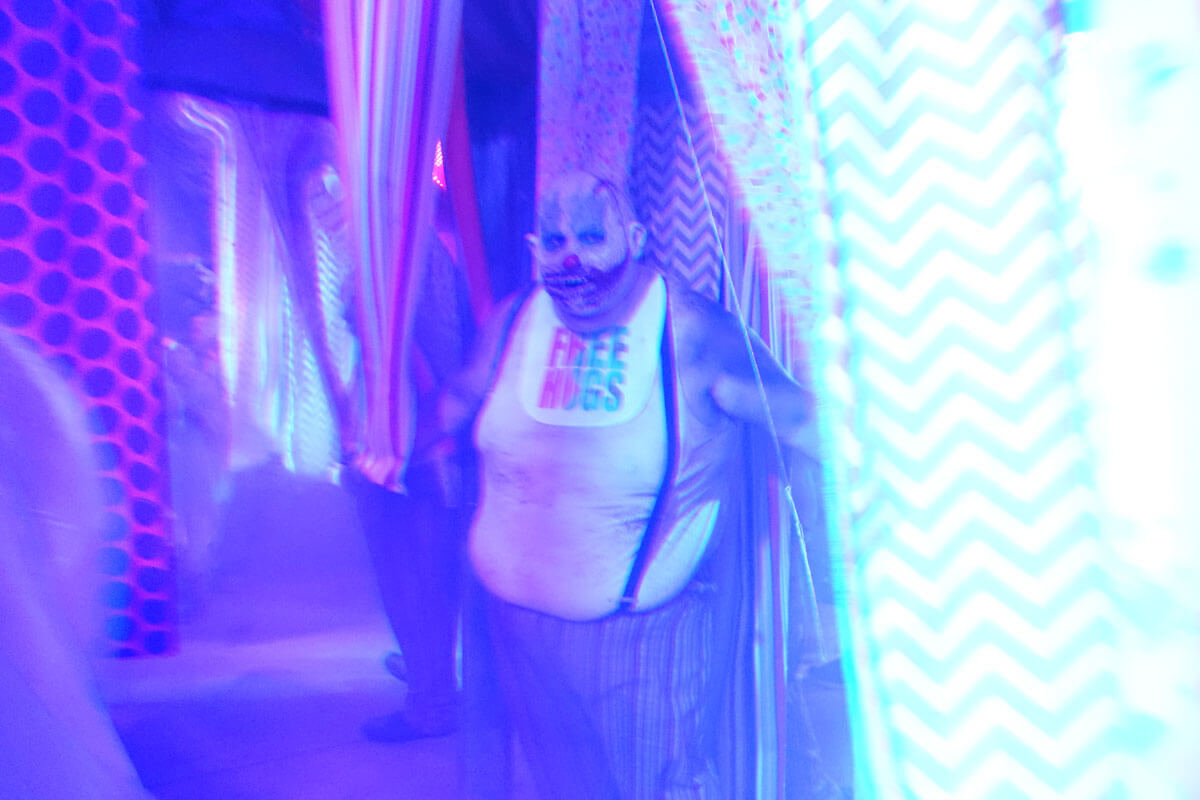 My own worst childhood fear came to life in Giggles & Gore Inc. with twisted clowns at every turn. 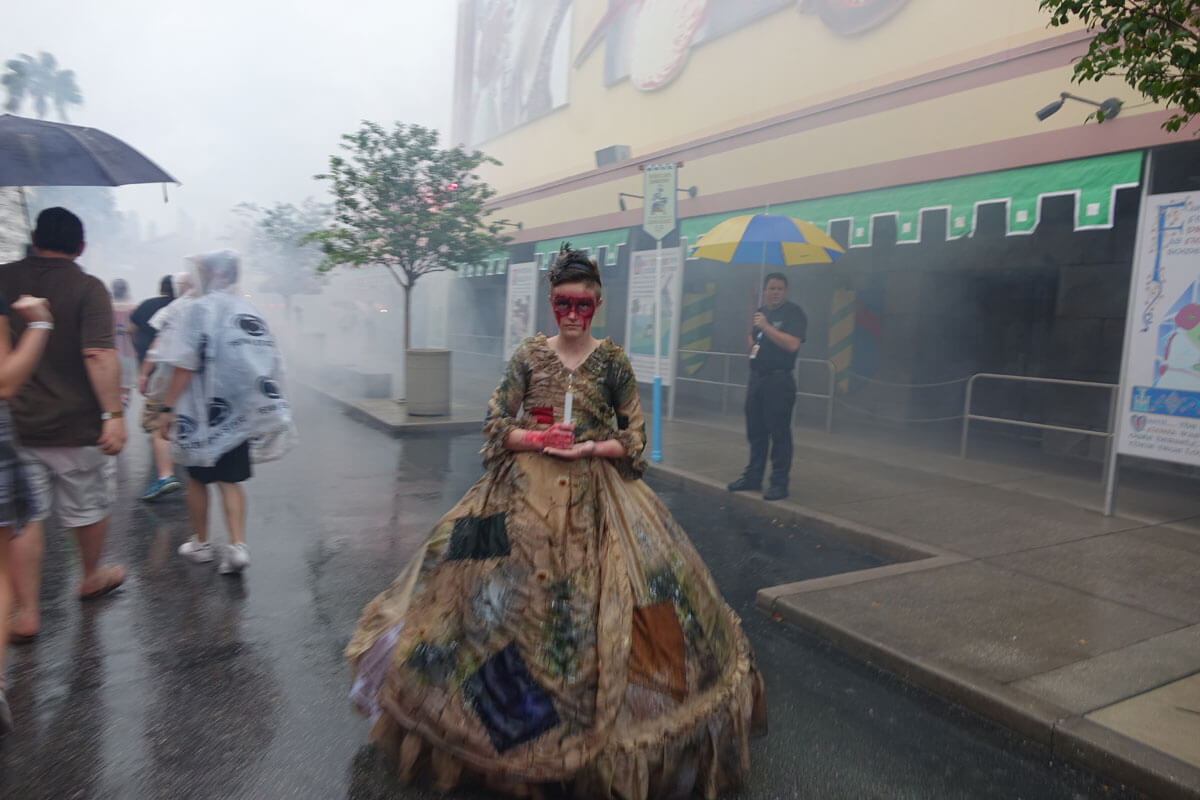 After a couple of seasons of The Walking Dead inhabiting the street experiences, it was refreshing to see a return to separately themed street experiences. My favorite by far was MASKerade: Unstitched, which featured oversized candle sticks and scare actors in their finest ball attire — albeit missing their masks! 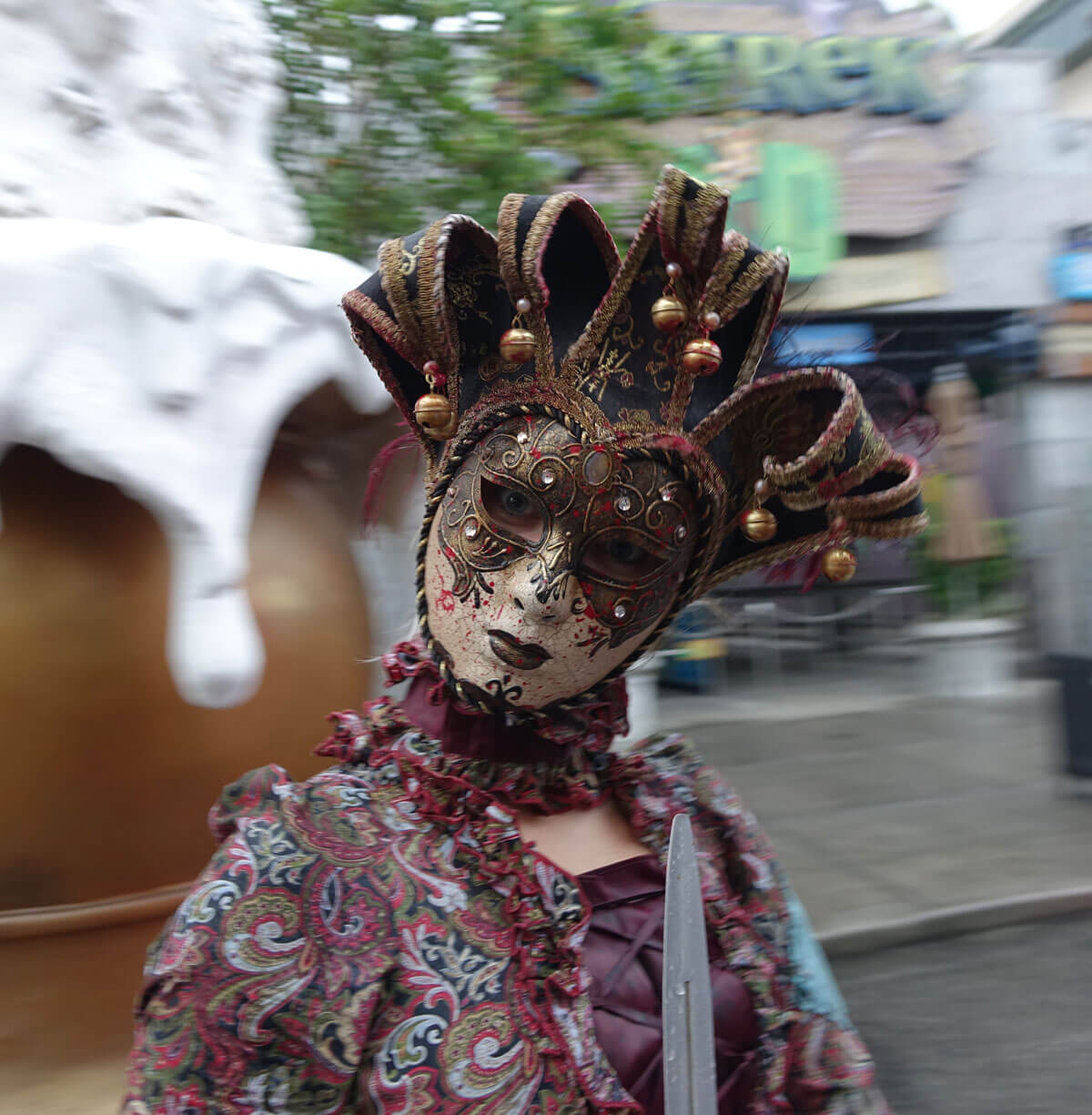 While the costuming was spot on, it seemed as though there were fewer scare actors on the streets than in year's past. Of course, the rain-slicked streets might have been a factor. Here are more Halloween Horror Nights highlights from our night. 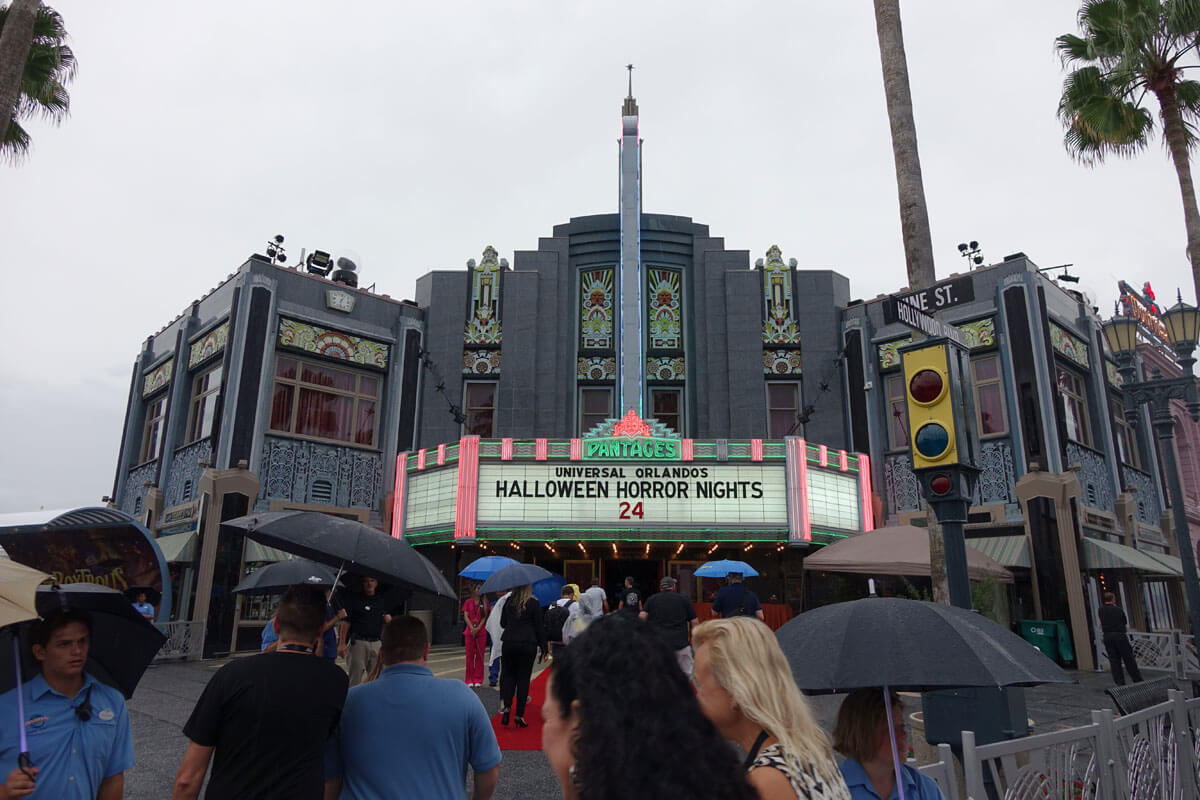 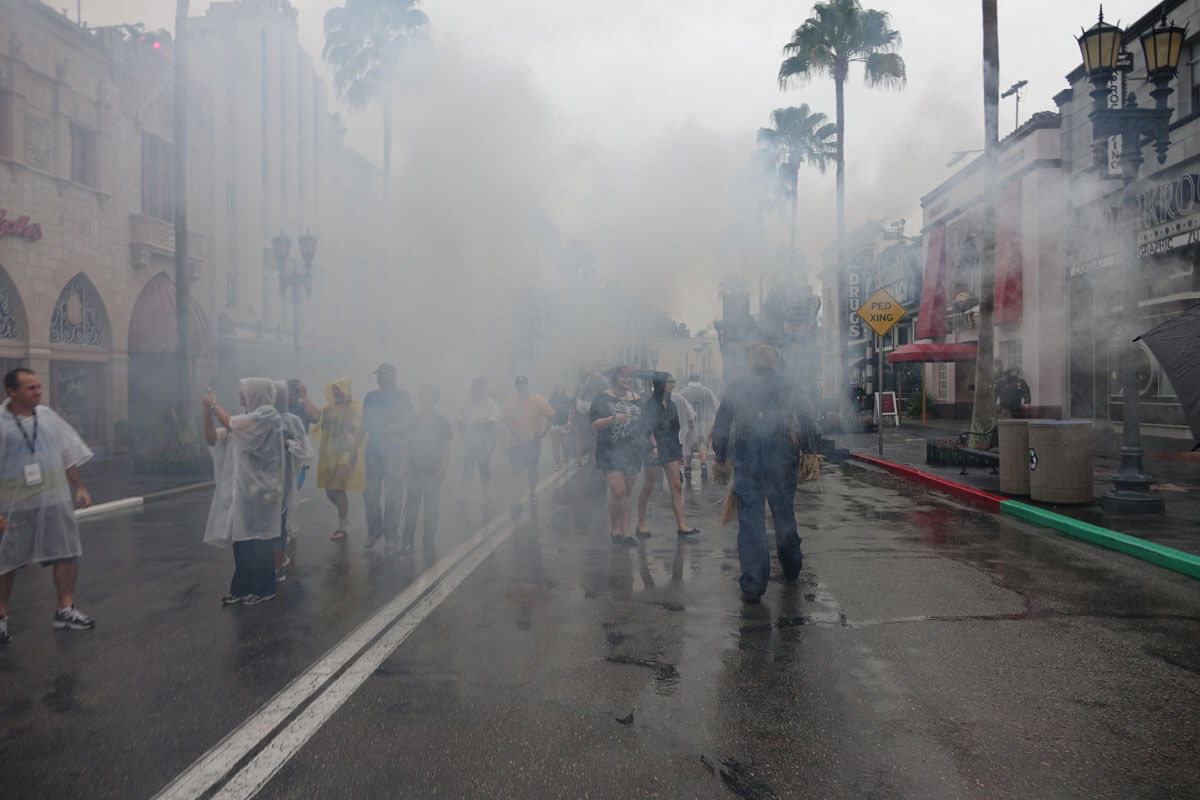 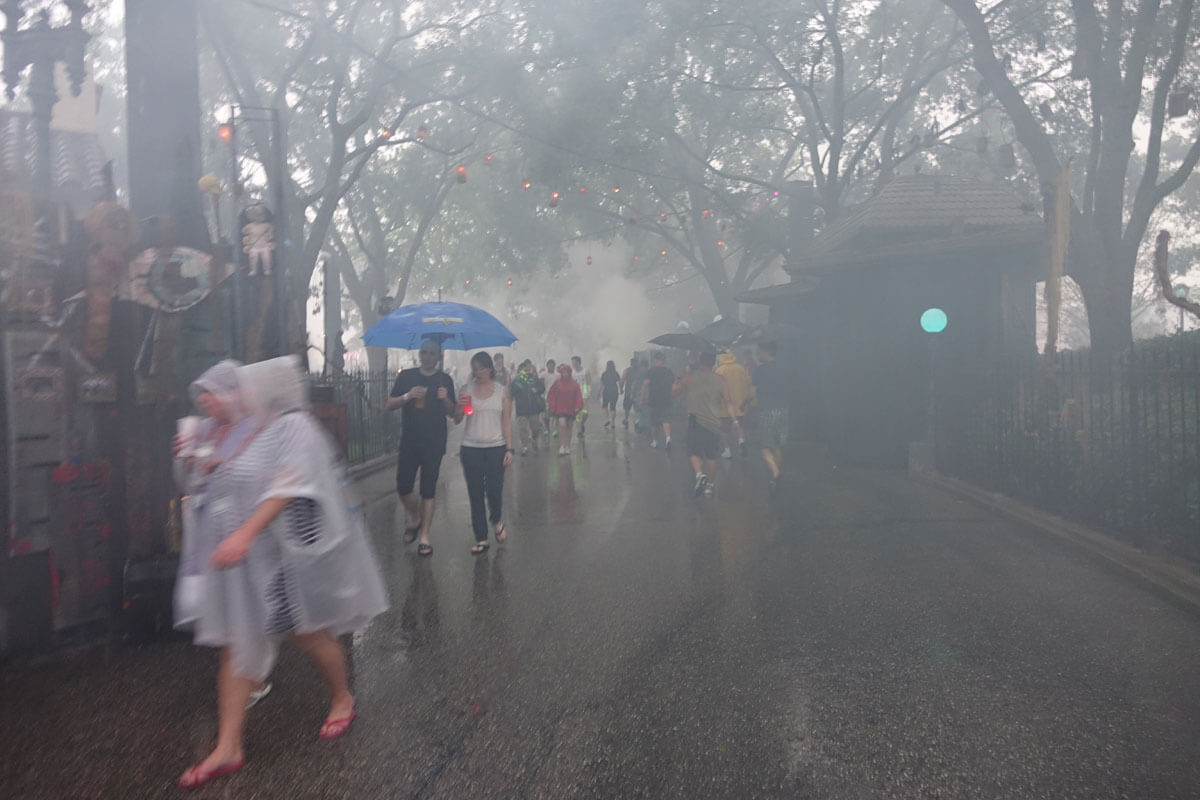 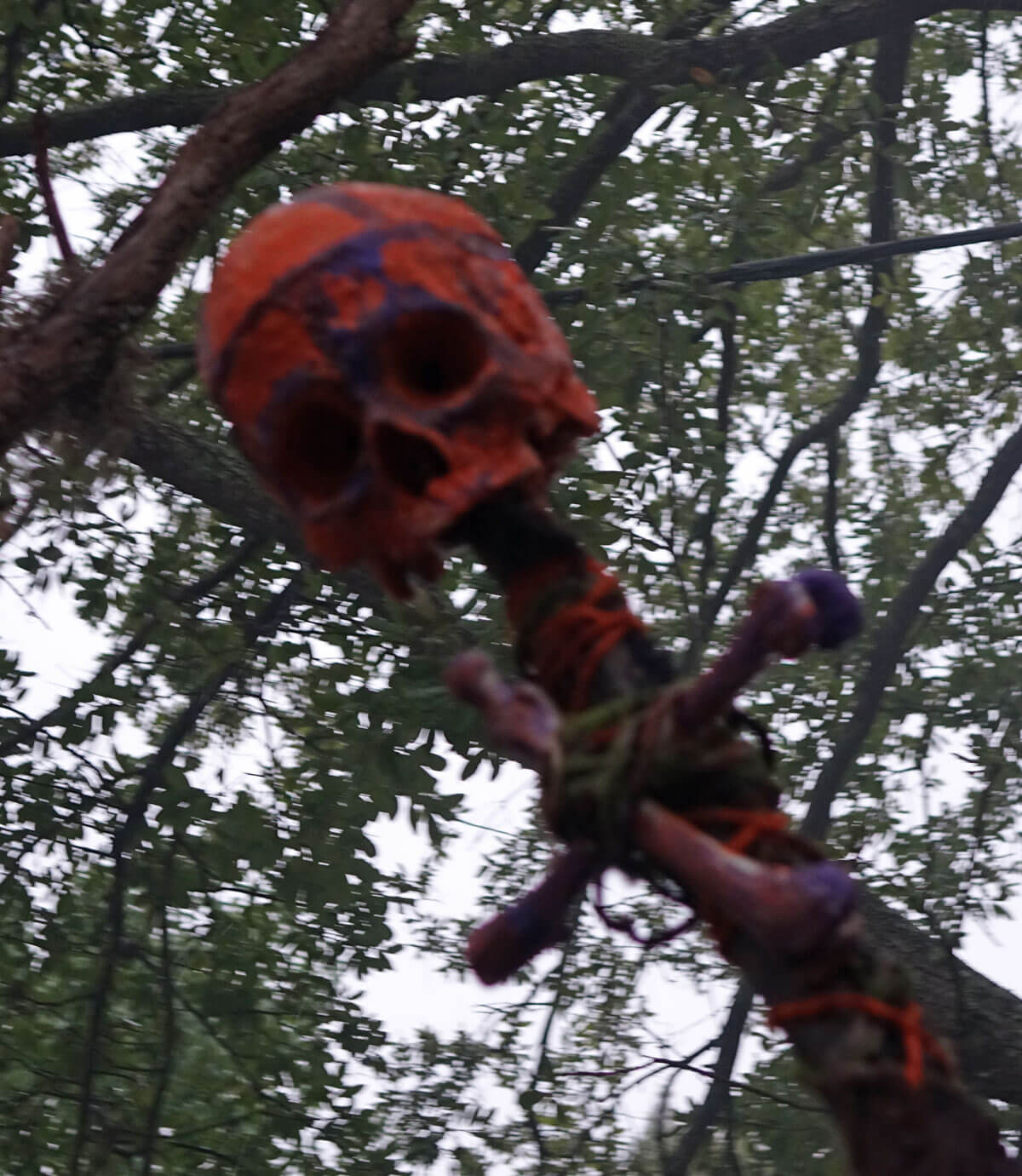 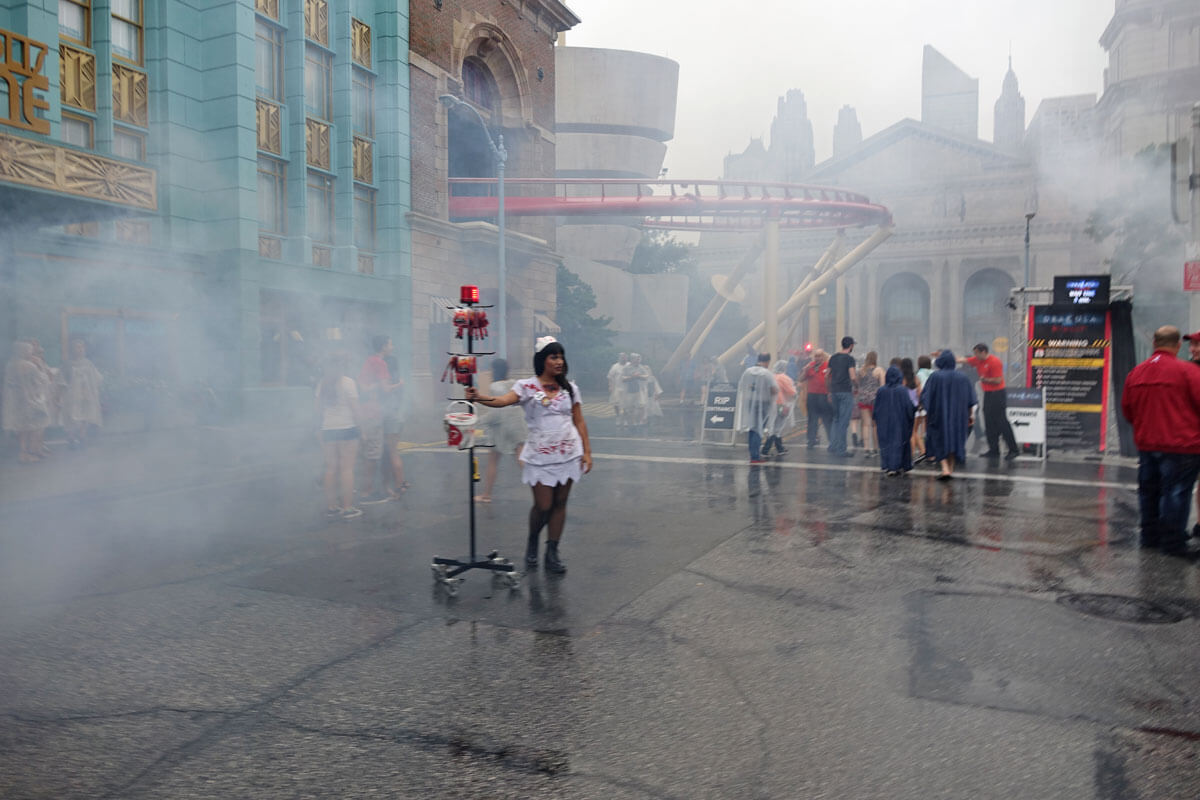 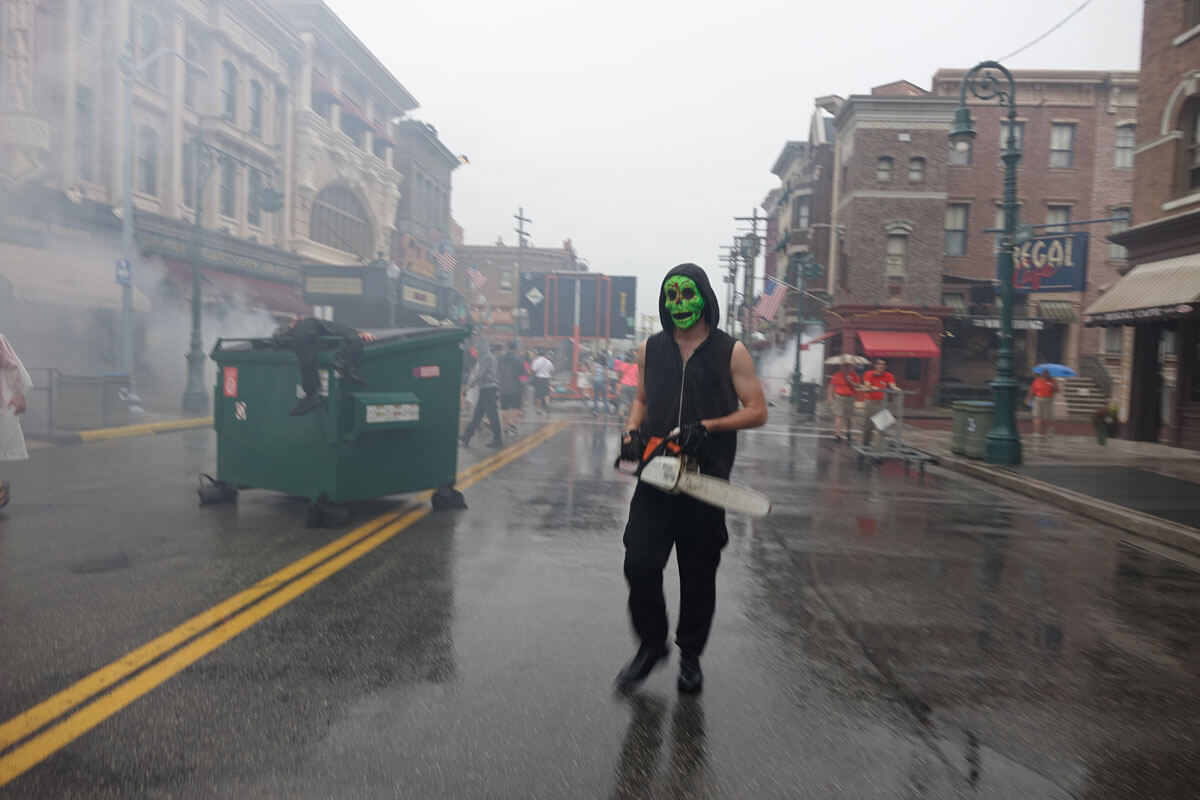 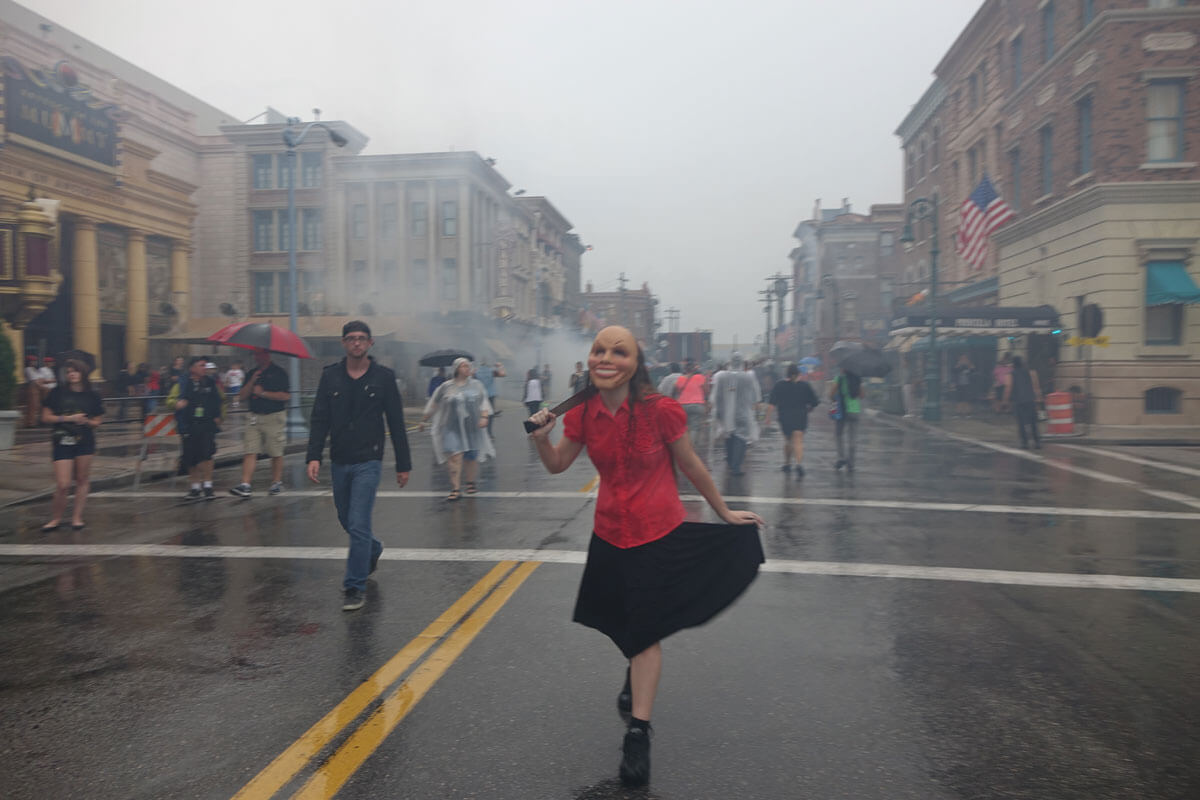 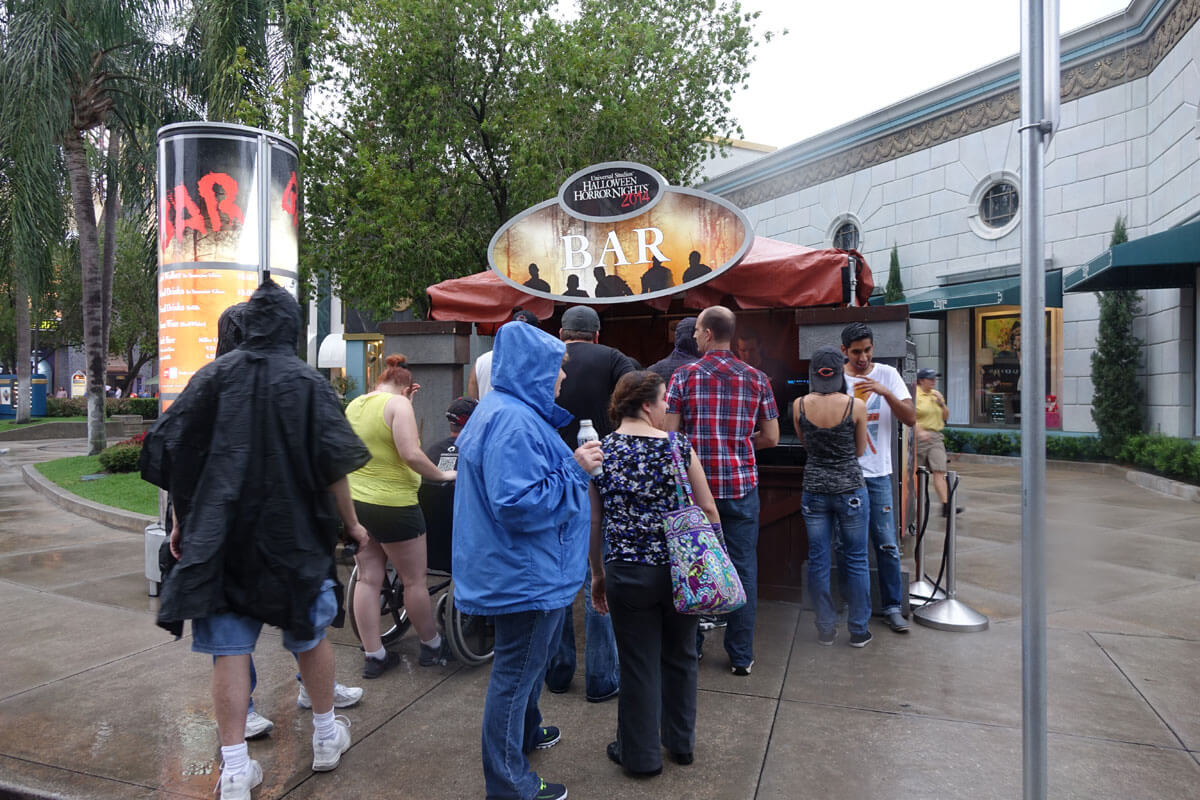 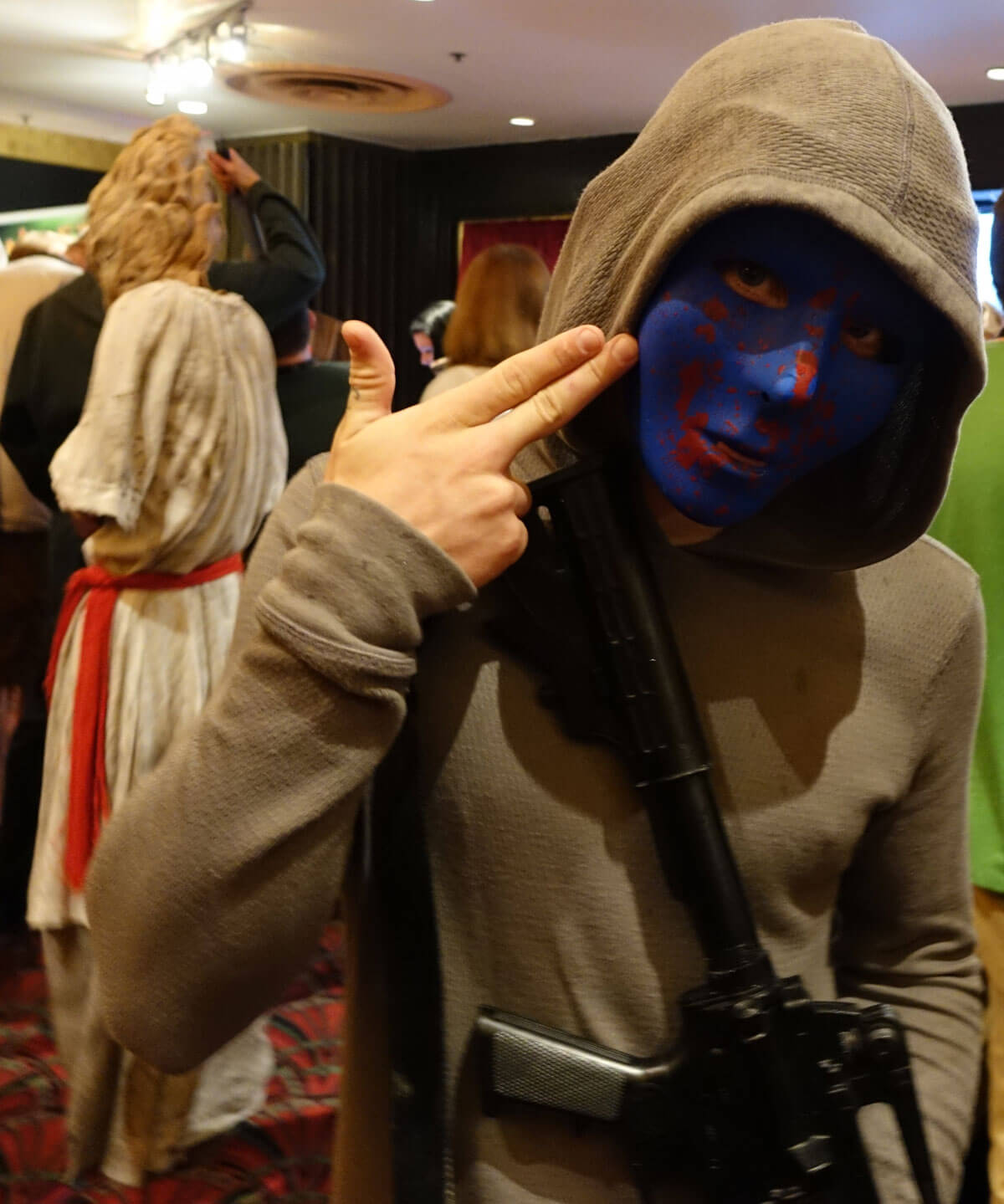 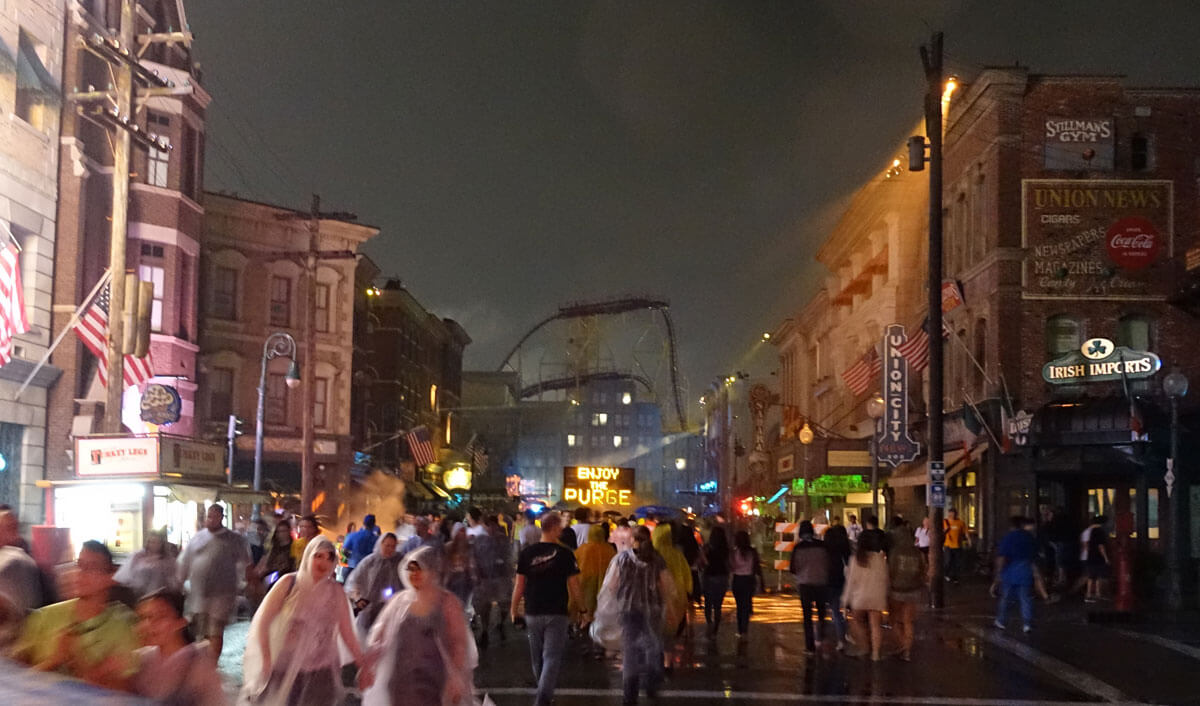 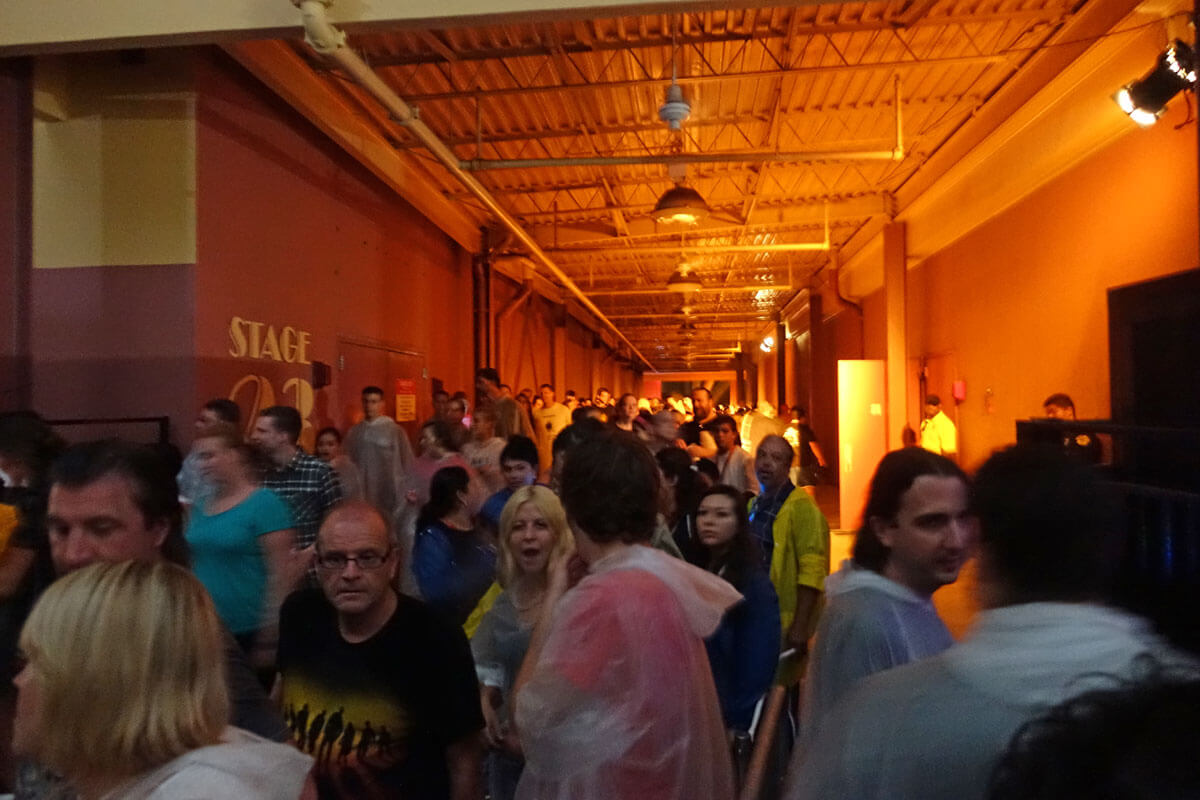 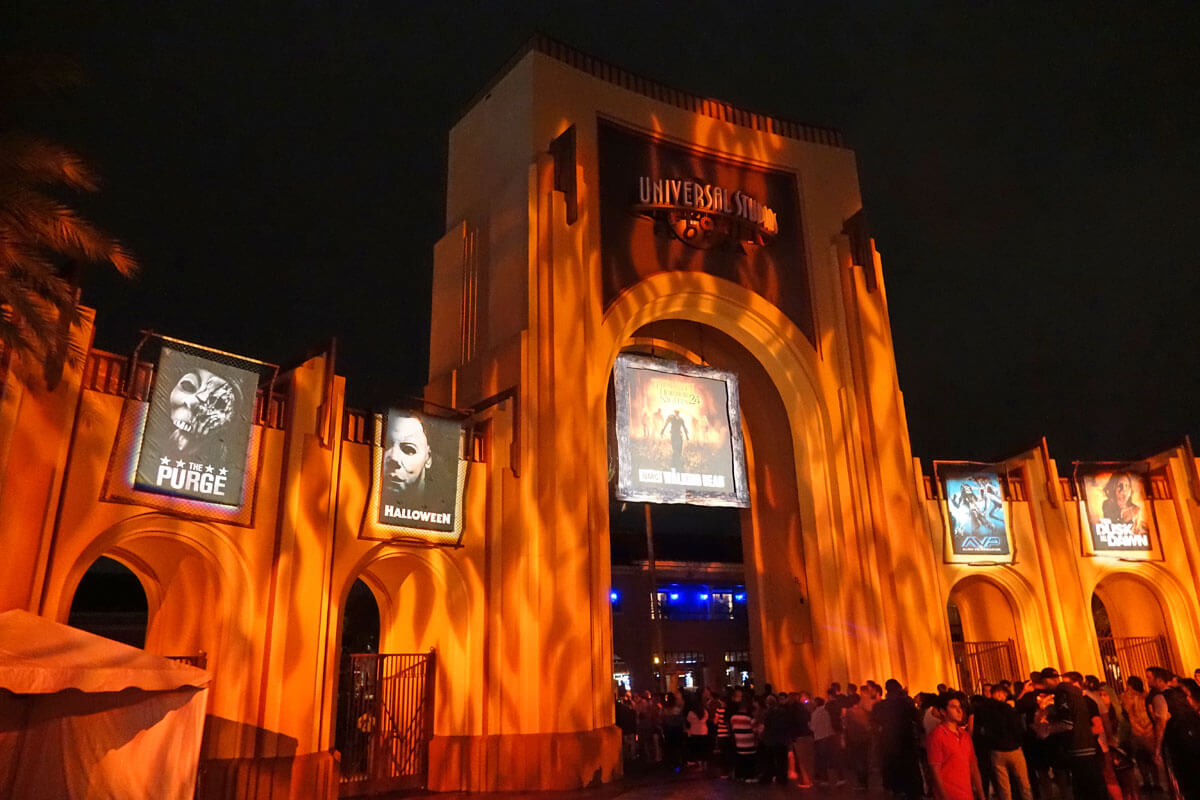 If you're planning on attending this year's event, which runs on select nights through Nov. 1, be sure to read our Halloween Nights Survival Guide. We've packed it full of tips and advice so that you can experience everything this event has to offer with the lowest waits. And don't forget, you can still buy tickets for this event! (We highly recommend the Universal 2 Day Park-to-Park with Halloween Horror Nights Combo for a savings of $30).

Have you visited this year's Halloween Horror Nights? What was the highlight for you at this year's event? Share in comments below!