How Busy Will Walt Disney World Be When It Reopens?

Hello, frog friends! We're now several weeks into the closure of the theme parks due to COVID-19, and while we frogs are adjusting to home schooling for Tad and Lily, working from home and keeping everyone safe (no hopping around the pond!), we're as anxious as you are to get back to our normal routines. And that means visits to theme parks. Yes, many of us have had our vacations postponed and our lives upended by this virus. But judging by the questions we're fielding in comments on our Best Time to Visit Disney World post, many of you still want to know how these current theme park closures will impact crowds the rest of this year and even into 2021. This is understandable. With so much fear and uncertainty, we all want a return to normalcy. But there are also practical concerns. Many of you are looking to rebook your postponed trip and some of you are looking at all those great deals on airfare and thinking, "maybe we should do it!" 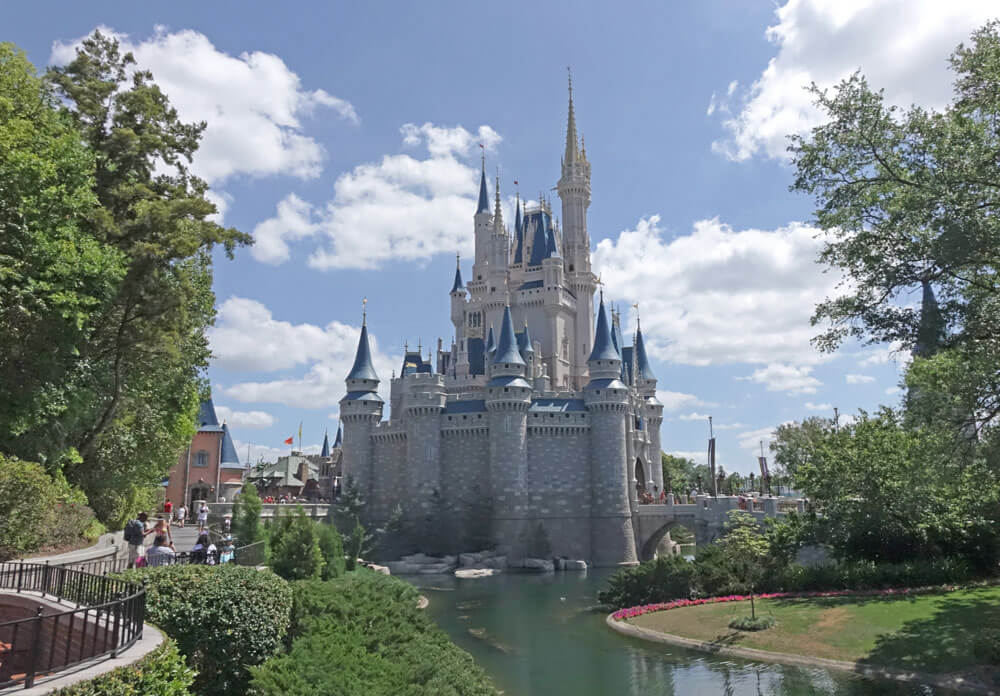 We don't have a Magic 8 Ball when it comes to predicting how busy Disney World will be when it reopens. There are many factors at play that impact crowds for the rest of the year, including this virus, the economy, unemployment and potential travel restrictions (international and domestic). That said, we do have years of data and insights we've amassed, so we feel we're in a pretty good position to tell you about how we expect crowds to be when Walt Disney World reopens. Now, let's start with the good news for park-goers: The rest of the 2020 should — overall with some exceptions — see lower crowds than normal.

This is important to keep in mind, because although there will be better days than normal to visit this year — just as there are for all years — overall crowd levels should be normal or lower than normal. Aside from perhaps the first few weeks of reopening, the parks will not be empty. Even during what we once called "off-season" there are crowds, so it's important to set that expectation at the outset.

So let's talk a little bit about overall seasons and trends. First of all, we do not know when the theme parks will reopen. We expect that the parks will begin reopening this summer and will be fully reopened by the end of this summer. If it's any indication, Walt Disney World lists pricing for its tickets starting June 1.

We are hopeful the parks will be reopening in June for many reasons (first and foremost because it would be a sign of the overall health of our nation). If the parks were to reopen in June or July, it would be an an excellent time to visit as far as crowds go. While many people have already planned trips for June, and are taking a wait-and-see approach to their vacations, a small portion have already canceled those plans. Those cancellations and the unknown reopening date will translate into lighter-than-normal summer crowds.

During the first few weeks after the reopening, we expect crowds in the parks to be the lowest they've ever been in recent years. That won't last for long, so if you have the opportunity and you want to experience the rides with the lowest waits possible, scheduling a quick trip as soon as reopening is announced is your best bet. We'd recommend you already buy and link your tickets, so you can also make FastPass+ reservations as soon as the booking window is reopened! While most of you won't have this flexibility, we thought we should mention it for those who do.

We feel reasonably certain the parks will be fully reopened in August. Half of this month typically sees heavier crowds with summer vacationers, but as summer winds down and kids return to school, the crowds naturally taper off. With many schools effectively shut down now, we also feel certain that many parents that would have previously considered a late August visit to the parks will likely reconsider that this year just so the kids are all squared away to return to school. (It makes sense. We all want a return to normalcy! Tad is only a few weeks into home schooling, and he is ready to get back to his regular classroom.) So the second half of August will also see lighter-than-normal crowds. September should be that way too. 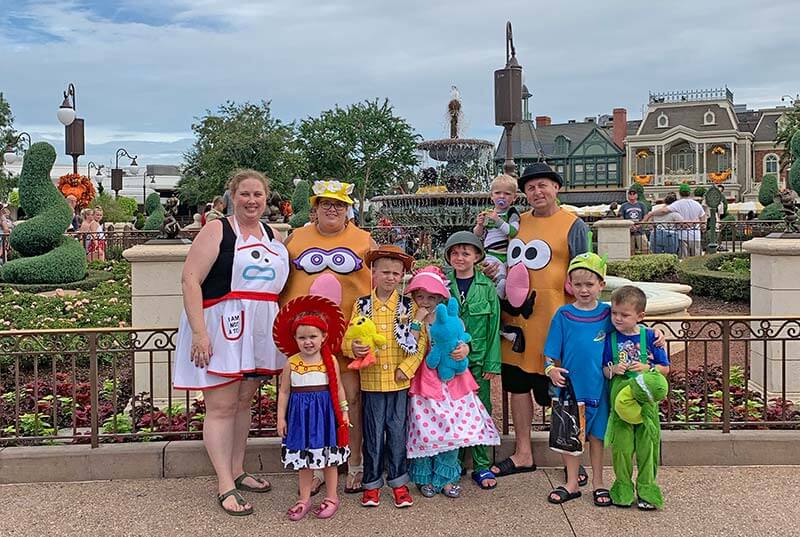 September and October are typically our favorite times to visit the parks. While this used to be a true "off season," that is really no longer the case. This is in large part of the popularity of the fall events, most notably Mickey's Not-So-Scary Halloween Party. This has been this Frog Family's favorite event at the parks, because of the trick-or-treating, opportunity to dress up and special entertainment at Magic Kingdom. We personally cannot wait to attend this year's event, and we know many families feel the same and are already booking their trips!

It's important to remember that many families plan their trips over a year in advance, and they are already set for fall. There are still others who had to postpone their spring trips who will now be heading to the parks in the fall. But there are still many other families who don't have a trip planned, but they are looking at the amazing airfare deals right now and thinking, "Why not?" for a fall trip to Disney.

For this reason, and because we know the parties do sell out every year, we highly recommend you purchase your party tickets and book your hotel stays now. Book airfare too. Those flights aren't going to get any cheaper! As far as crowds go, we expect September to be the best month to visit. September and early October will likely see even lower crowds than normal. Late October and November will be busier, but perhaps with crowds lower than or equal to last year. 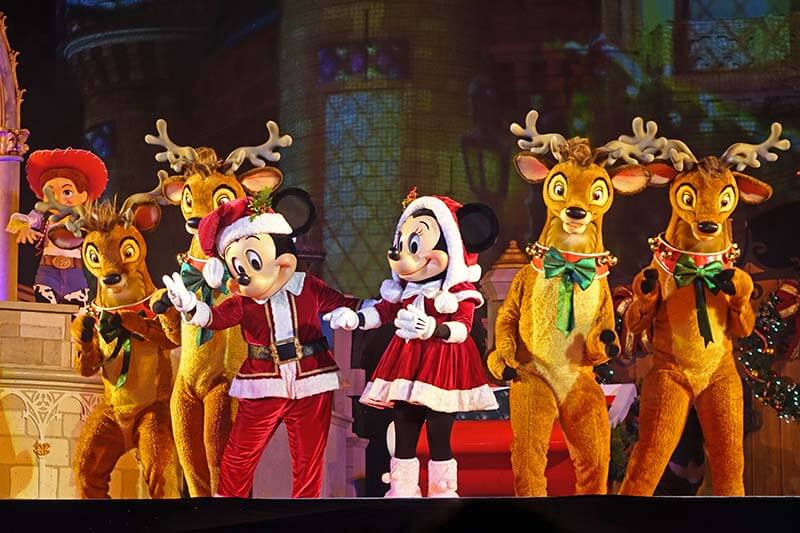 While not quite as popular as Mickey's Not-So-Scary Halloween Party, many people plan trips just to attend Mickey's Very Merry Christmas Party at Magic Kingdom and experience the magic of Disney World at Christmastime. While dates have not yet been announced, we expect the first party of the season to be Sunday, Nov. 8. These parties typically run on Sundays, Tuesdays, Thursdays and Fridays until the week before Christmas, excluding the week of Thanksgiving. (By the way, for those of you wondering, Christmas decorations start going up in early November and will be toadally in place by the week of Thanksgiving.) And speaking of the week of Thanksgiving, it is likely to be as busy as normal, which is pretty hopping busy! That doesn't mean you shouldn't go, but you should expect crowds and follow our tips for visiting Disney at Thanksgiving.

The week after Thanksgiving was long thought to be the best week of the year to visit Disney World, but for many years, this has not been the case. This year, that week through Dec. 15 will see lower crowds than Thanksgiving and the week of Christmas, but we expect them to be at least as busy as they were last year, in part because the people who had to postpone their spring trips will be looking to rebook before the Dec. 15 use-by date of their tickets. (By the way, Disney tickets never lose their value. While most park tickets have been extended for use any day through Dec. 15, the value of a wholly unused ticket can be applied to any future tickets.)

There is a small window of December dates that should see a significant dip in crowds before the week of Christmas, and that is Dec. 16 through 19. The weeks of Christmas and New Year's Eve are typically the busiest of the year, and we expect that will be the case in 2020, although most likely with lower crowds than we had last year. This is good news if you've always dreamed of that Christmas vacation to Disney World. If you're thinking of going, we highly recommend you book your hotel stay now for the best availability, especially if you want to stay on-site at a Disney hotel.

As mentioned at the beginning of the post, there are many factors at play that will determine how busy Disney World will be when it reopens. The situation is fluid, but these are reasonable assumptions. We are trying to responsibly balance our love of the parks, our desire to be around crowds (who knew?) and our consideration for the health of others. Stay safe, frog friends!