Thanks to popular demand, the Disney Parks blog hosted a second live chat today with imagineer Chris Beatty about the new elements of Fantasyland, set to officially open Dec. 6. All in all, Disney revealed just enough information today to whet my appetite even more -- especially about Be Our Guest!

Those of you who have been paying attention to every single detail know that a "dress rehearsal," or soft opening, of the Enchanted Forest section of the park is happening already. Understandably, those of you who are visiting Magic Kingdom before the official preview period on Nov. 19 want to know if Enchanted Forest will be open when you visit, and Disney Parks social media editor Jenn Fickley-Baker confirmed today that there may be times when all or parts of it will not be open for guests. Be Our Guest Restaurant opens for reservations Nov. 19, but we have read a review from one person who was able to walk in for dining.

Already we have seen many of the amazing details that have gone into the creation of the "Beauty and the Beast"-themed restaurant, including exquisite carvings, grand chandeliers and one-of-a-kind mosaics. Coupled with menus that reflect the roots of this French tale, this is easily one of the most anticipated openings in Magic Kingdom history! It was the primary focus of today's live chat. 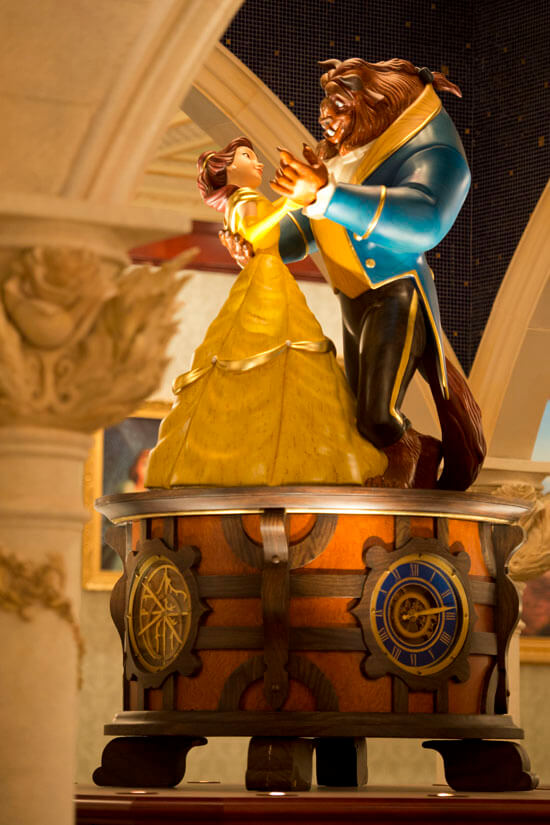 Announced for the first time today via an imagineering video is the focal point of the Rose Gallery Dining Room -- an oversized music box topped by Beast and Belle -- that is sure to delight all of those who look upon it. The music box -- a gift from Maurice -- is meant to celebrate the love of Belle and Beast. And it actually plays music!

We also learned today how many of the movie's story elements are presented in the castle, including the Enchanted Rose in its glass case. Guests will watch as a portrait of the prince transforms into the Beast each time a petal is dropped. 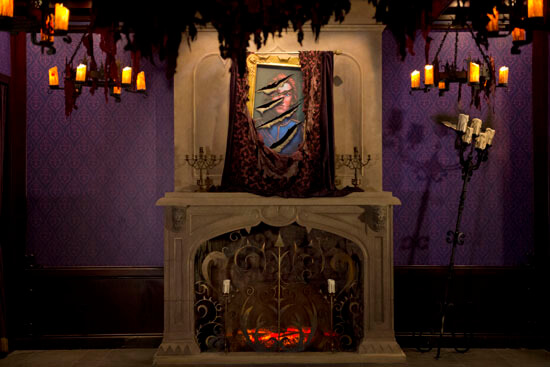 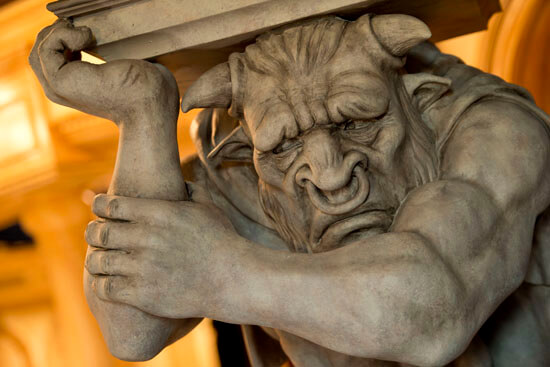 We also got a first glimpse inside the restaurant's entrance, a grand and foreboding lobby that sets an ominous tone for guests. Guarded by exquisitely carved minotaurs, each with their own personalities, the stone entryway is meant to provide an unsettling transition inside Beast's Castle.

For those of you who cannot learn enough about Be Our Guest, the Disney Parks Blog will host a Be Our Guest Meet-Up with an appearance by Walt Disney imagineers at the restaurant Nov. 17. Details about the limited-space event will be coming in November. 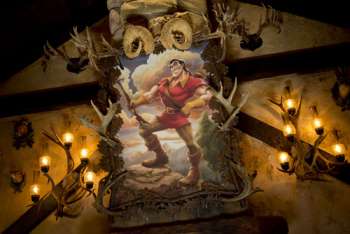 Beyond Be Our Guest, the chat touched on Gaston's Tavern, which is open now during the dress rehearsal, but missing a few elements, including an unnamed something that will appear next to Gaston's portrait.

Also discussed was Under the Sea ~ Journey of The Little Mermaid. While the story is identical to the one in California, imagineer Chris Beatty says guests will notice subtle differences throughout, including a number of hidden nods to the 20,000 League attraction.

While the chat touched on the other construction going on in Fantasyland near the former Skyway attraction, Beatty did not address what would be coming, other than to say there were no current plans for a character meet-and-greet area.

You can see the full chat here and watch the latest video of the restaurant here.

Are you as excited for Fantasyland and Be Our Guest as I am? Let me know what you think!