When my oldest son was 4, we planned his first trip to Disney World. Knowing the limitations of his 4-year-old temperament (and legs!), we planned to visit during a non-peak time and utilize the old Fastpass system. All went off without a hitch, and it was a great trip for all.

Fast forward six years. My youngest son is now 4, and a great age to experience Disney World. I dusted off my old planning skills, again booked for off season and navigated the new Fastpass+ system. I was hoping for the best ... but a little apprehensive. N is a different personality than his big brother and gets help in his Special Education class for his Sensory Seeking behavior. I knew that when faced with delays or distractions, after 20 minutes or so, my good natured 4-year-old could quite possibly turn into a meltdown puddle of epic proportions. 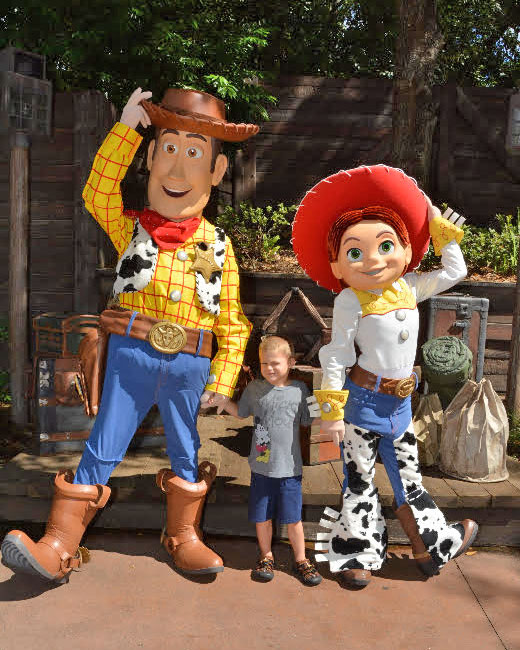 Undaunted, I moved forward with planning and prepared N the best I could for the experience. My preparations came to an interesting point, when during a conversation with his Special Ed teacher, she suggested getting “that card thing.”

That card thing, is known as Disney’s Disability Access System (DAS), and was previously known as the Guest Assistance Card (GAC). You may remember reports a while back of rampant misuse of the GAC, with families “renting” a disabled person to act as a guide, and skipping the lines. Disney has changed and revamped the program, to ensure fair and equal access for all families visiting the parks.

Armed with paperwork from N’s teacher, we set off on our trip. Day one was at Disney's Hollywood Studios and was smooth sailing. This smaller park was set up perfectly for our family, and we were able to see all the attractions with minimal wait by arriving at rope drop, maximizing Fastpass+. Piece of cake, we thought! 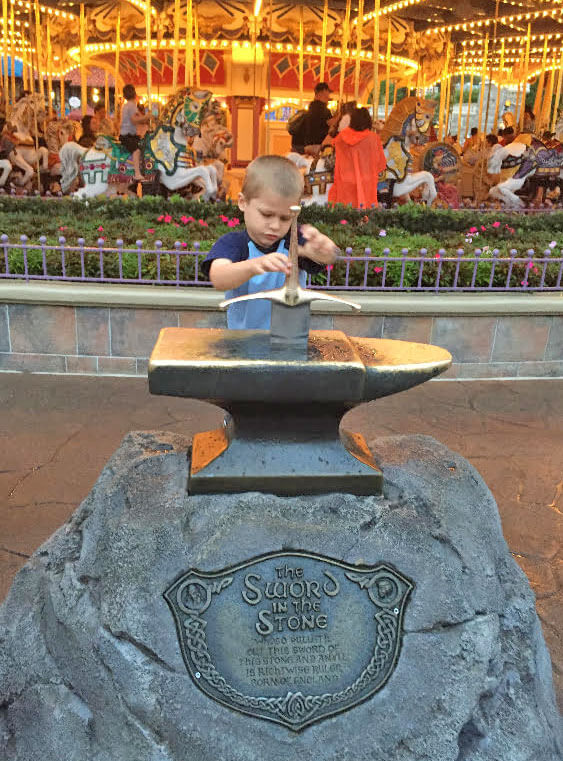 Day two was at Magic Kingdom ... a whole other animal (albeit a cute and cuddly one). By late afternoon, N was starting to feel it. We had planned an early dinner to recharge, and on our way, stopped by City Hall to check into the DAS, and see if N was eligible.

Upon arrival, I explained to the cast member about N’s Sensory Processing challenges, and offered the paperwork from his teacher. The cast member proceeded to outline the way the DAS was set up. If the line at an attraction was over 20 minutes, we could check in with the cast member at the front of the queue, and he or she would give us a return time. When we returned, we would then enter the Fastpass+ queue. We could have one return time scheduled at a time, and the holder of the DAS, would of course need to be with us, but our whole party need not be. So I could take N on It’s a Small World, and my husband and older son could ride something by themselves. Our whole family had their MagicBands scanned, and N had his picture taken. The CM then set up our first return time. This shows up in your My Disney Experience account, along with your scheduled Fastpasses, dining ADRs, etc. 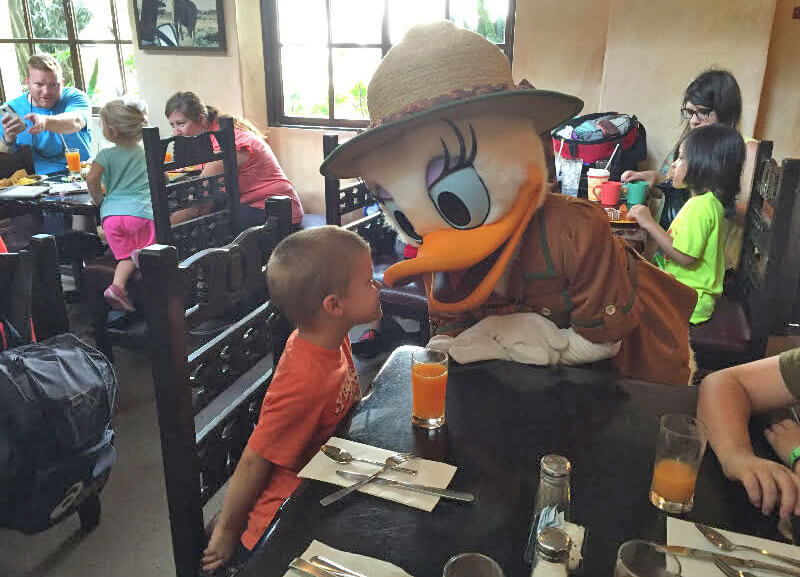 The rest of our trip went just as well as our first day. Again using our Fastpass+ selections, along with the MDE app, and arriving at rope drop, we avoided meltdown. When afternoons came, and the parks got busier, it was a relief to know N would be covered. We utilized the DAS 2-3 times per day the rest of our visit. I would step up to the cast member manning the queue to scan my band and get a return time (the DAS only requires one party member for the initial scan, good to know if your child would be upset by approaching an attraction without immediately entering it), and when our time approached, enter the Fastpass return, and scan the bands again. This process was very discreet since DAS holders go through the same process as Fastpass+ holders. We quickly learned to avoid any snags, to have N scan first, since he was the DAS holder. One nice feature we appreciated, is there was no expiration on return time. If N wasn’t ready for a ride at the appointed return time, we could have a rest and snack, and go when he was ready.

For us, the DAS really helped our vacation come together. Our preplanning was a major part of the trip’s success, but Disney’s planning will always trump mine. It’s amazing that whenever one may anticipate a hurdle, Disney has already thought of it, and has a plan in place. I am so appreciative to the folks at Disney for ensuring that all guests and families will have a magical time, like we did.

Have a question about Disney's DAS Card and how it works in the parks? Share them in comments below. Have you used the DAS? We'd be so hoppy to hear from you!