Whether you're traveling to Orlando’s theme parks as a family, including a few little ones with a sweet tooth, or you're simply in the mood for some delightful desserts, Orlando has a little bit of something for everyone. During your next trip to the theme park capital of the world, be sure to try these five sweet treats; you won't regret it! 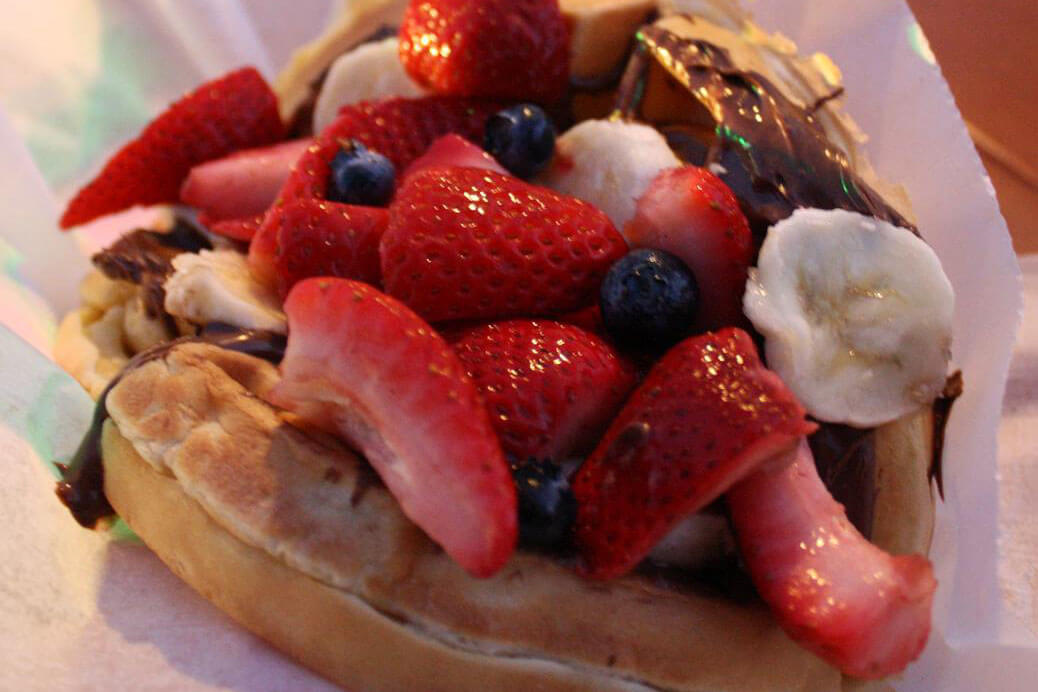 The walk-up window dining location, Sleepy Hollow, is home to a number of delicious treats, including funnel cakes, ice cream sandwiches, and the incomparable Nutella and Fresh Fruit Waffle Sandwich. Imagine a crunchy yet fluffy, flavorful Disney waffle smothered in the chocolate and hazelnut spread Nutella, and topped with strawberries, bananas and blueberries. The result is a large portion of dessert that is perfect for sharing! If you would like to try one, be sure to swing by Sleepy Hollow at least 45 minutes before the first Magic, Memories & You or Wishes show of the evening. Once show crowds begin to gather, the line for the walk-up window can be very long. Also, be patient after ordering; because the dessert is made fresh, it can take up to 10 minutes to prepare.

Sharks Underwater Grill is one of the must-see spots at SeaWorld Orlando. We love stopping in for an appetizer or dessert and watching the sharks swim by! The restaurant recently revamped its menu, and the new offerings are delectable. One of our new favorite desse 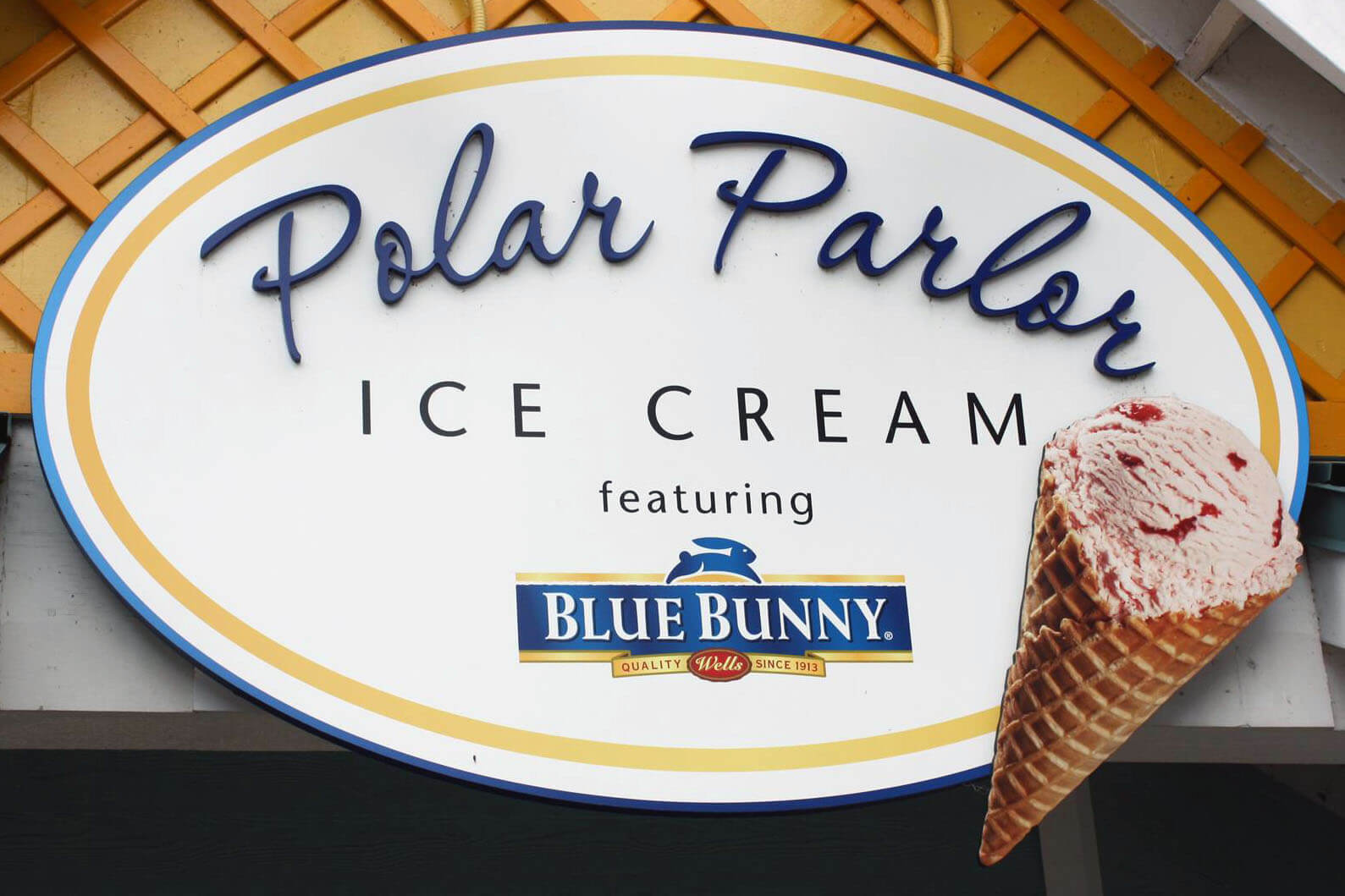 rts to "chomp" on is the Brick Oven Green Apple Tart. This tangy fruit pastry is a delight for the taste buds! If you plan on unwinding with some sweets at Sharks Underwater Grill, the Apple Tart is a great dessert to try.  It even goes well with some of the bar's specialty drinks.

There's nothing better on a warm Florida day than ice cream, and SeaWorld's Polar Parlor offers one of the best frozen desserts in Orlando! Shamu's Brownie Sundae is made up of two scoops of Blue Bunny ice cream (your choice of flavors) nestled above a warm, soft chocolate brownie and topped with one of a variety of toppings. The sundae is one of the best we have ever had, is great for sharing, and comes in an adorable Shamu bowl that proves to be a memorable souvenir! 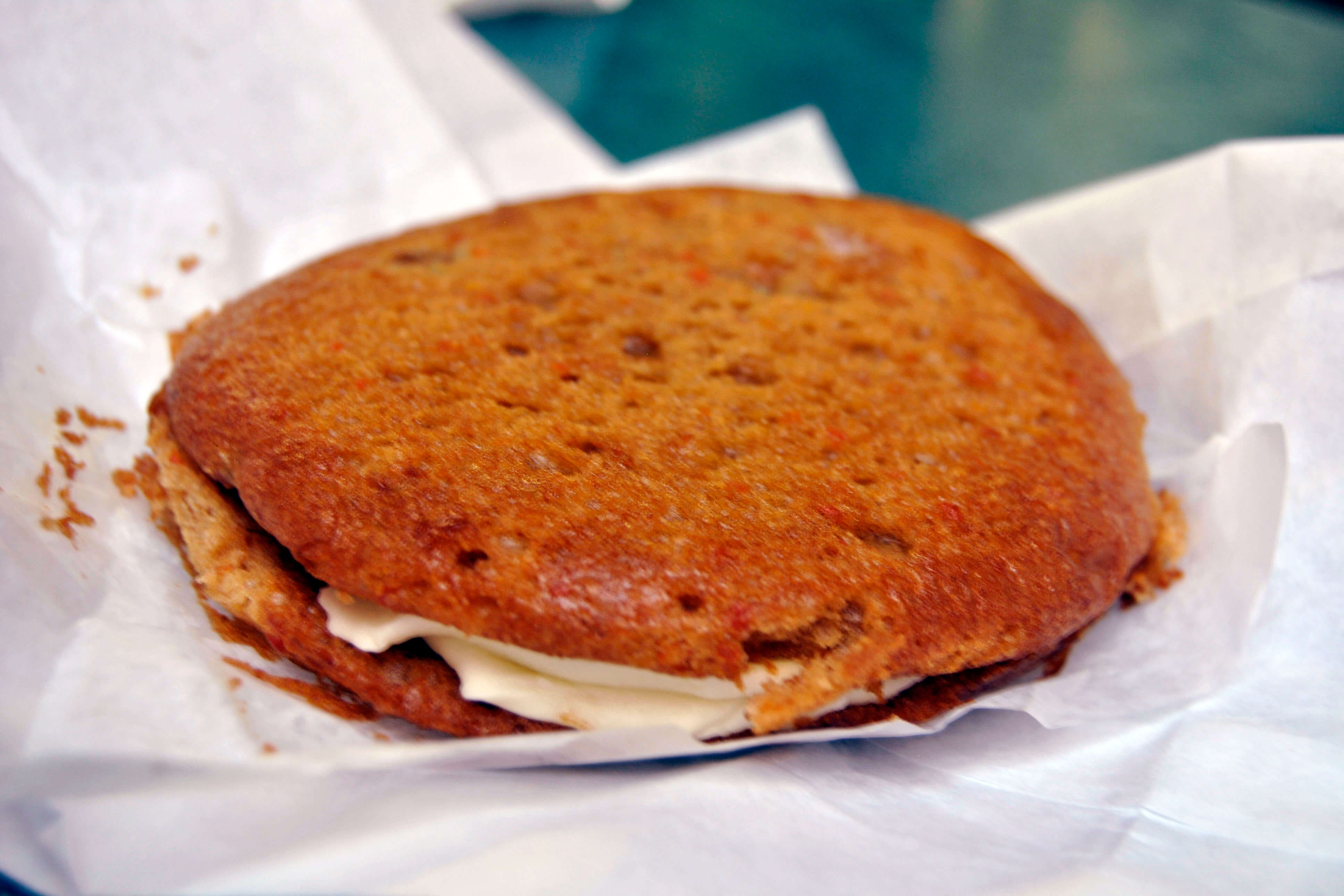 Our #1 favorite treat in Orlando is the Carrot Cake Cookie, available in multiple locations at Disney’s Hollywood Studios®. This dessert is a whoopee pie that features sweet cream cheese frosting, sandwiched between two soft, moist carrot cake cookies. Big enough for two (or three!), the Carrot Cake Cookie is one of the best desserts found on Disney property and is a great snack to bring along to Fantasmic!

Ashley Nichols is the editor of Theme Park Foodie, a blog that highlights dining and cuisine opportunities at theme parks throughout the United States with a focus on Central Florida. TPF, an UrbanSpoon featured blog, features content on Walt Disney World, SeaWorld, Universal Studios, Busch Gardens and more! Join the theme park food conversation on Twitter, Pinterest, Tumblr and Facebook.

Are you interested in becoming a guest blogger on the Frog Blog? Check out the details here.