When it's summertime and you're at the Walt Disney World Resort, the livin' is easy. Yeah, it may be hot, but that makes it even sweeter when you do cool off. Today, while I was daydreaming, I started thinking about all of my favorite things to do at Disney World in the summertime, and I just had to write them all down, so I could share them with you. What is your favorite summer activity? Share your favorite in comments below! 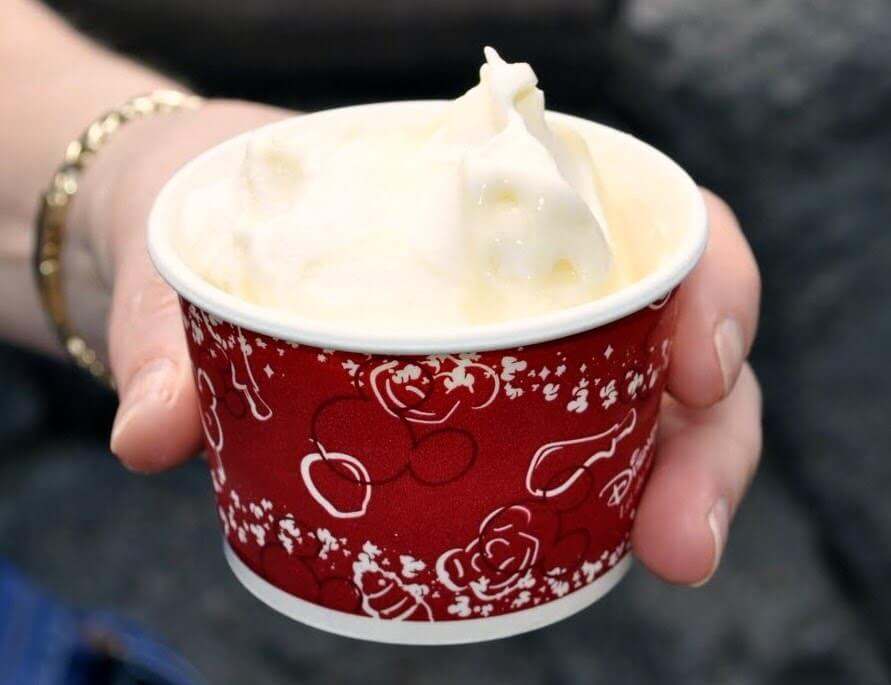 1. Dole Whip at Aloha Isle. Yep, I know for many of you, the Dole Whip is a Disney World must-do, and I'll admit, it's pretty sublime in the summertime. The line outside Aloha Isle can get crazy long, especially in the summer months, so one of my parents usually waits while the rest of us tour the Swiss Family Treehouse. My sister, Lily, isn't a big fan of pineapple, but she'll take a Mickey Bar any place, any time. 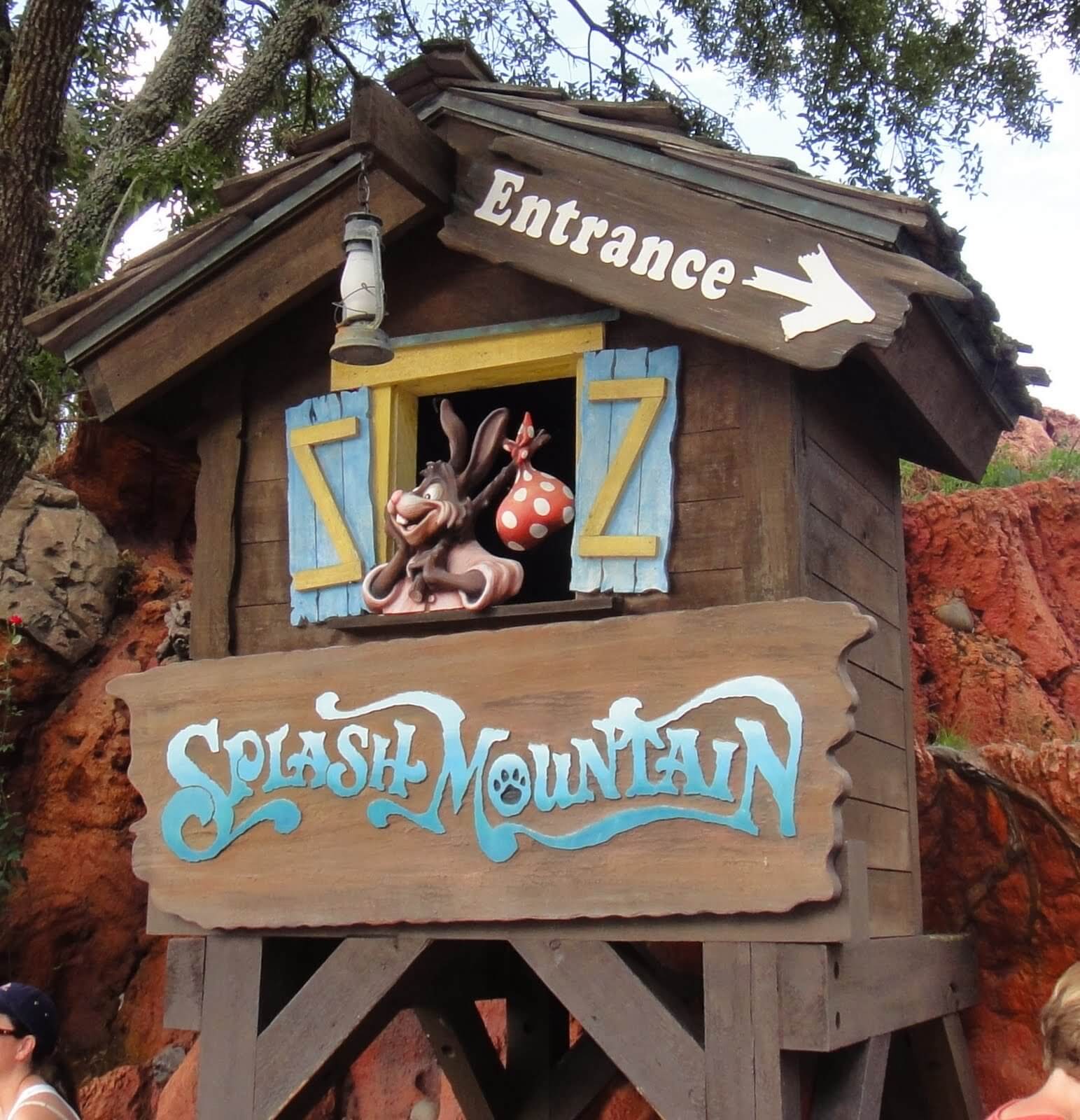 2. Splash Mountain followed immediately by Pirates of the Caribbean. This is definitely one of those only-in-summertime activities because otherwise it might leave you chilled to the bone, but one of my favorite things to do is to ride Splash Mountain, get soaking wet, and then head immediately over to Pirates of the Caribbean, where it's nice and cool. By the time I get done with Pirates, I've almost forgotten it's so hot outside! 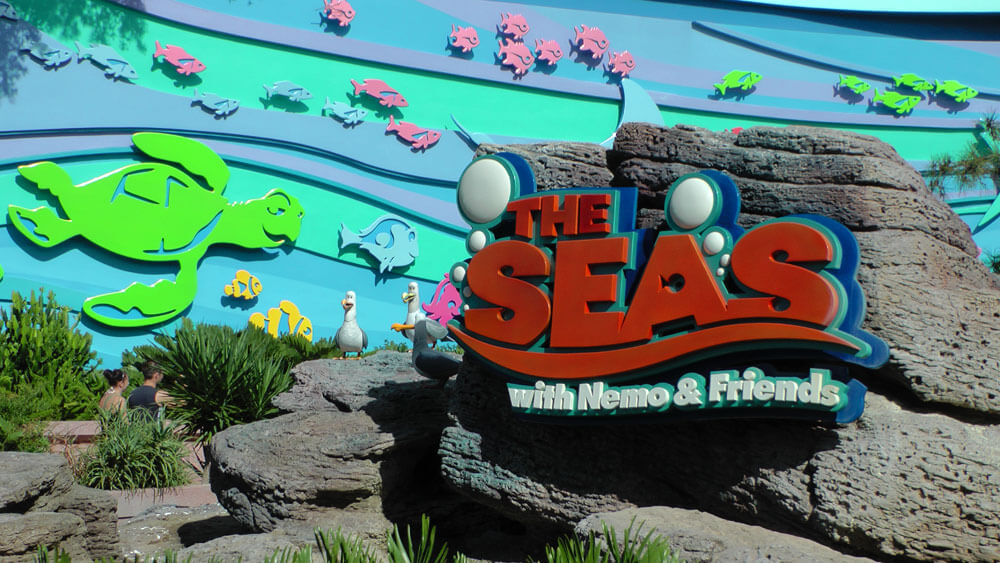 3. Cooling off in The Seas With Nemo & Friends. This is one of Lily's favorite places at Epcot, and OK, I'll admit after Test Track and Soarin', it's one of my favorite places at Epcot too. Lily likes the clamshells, and the whole ride really, but what I really love is touring the aquariums afterwards, especially watching the dolphins and manatees. 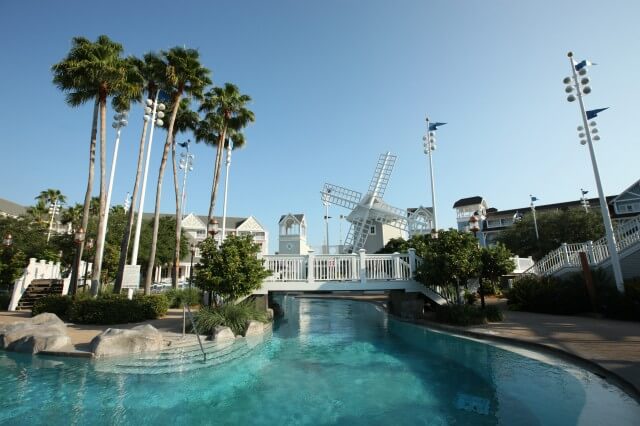 4. Hopping into the Disney resort pools. As you may have guessed, this is my favorite thing to do in the summertime, or anytime really. The Frog Family's favorite pool is Stormalong Bay at Disney's Yacht and Beach Club Resorts. Lily and Mommy Frog love the sand-bottomed kiddie pool, and Leap likes to float around in the lazy river. Me, I love zipping down the 230-foot-long water slide that sits atop the wrecked pirate ship! 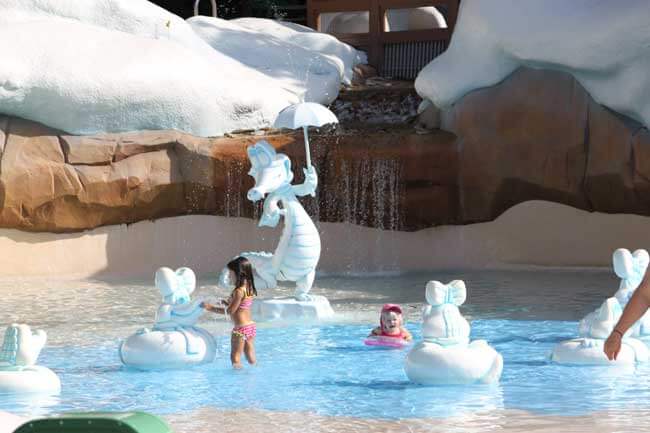 5. Blizzard Beach and Typhoon Lagoon. Not surprisingly, this is my second-favorite thing to do in the summer time, only because it's usually easier to get to the resort pool! Blizzard Beach is my favorite of the Disney water parks. I just love the idea that a ski storm sprung up after a freak snowstorm blanketed Orlando. 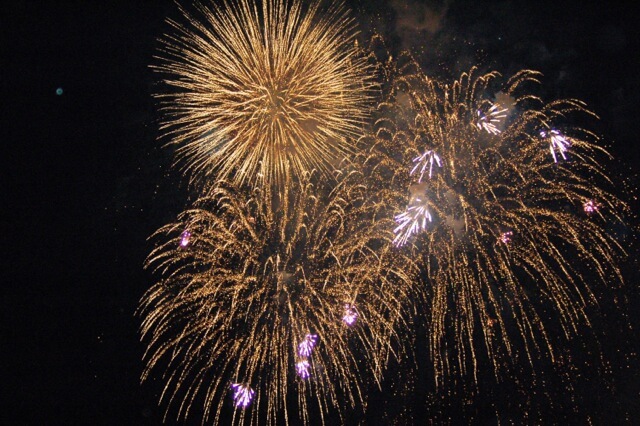 6. Staying up late for the fireworks. One of the coolest things about visiting Disney World is that Lily and I get to stay up past our usual bedtime. I know it sounds silly, but I just think it's so cool to be watching the fireworks at Epcot or Magic Kingdom when I would ordinarily be in bed! 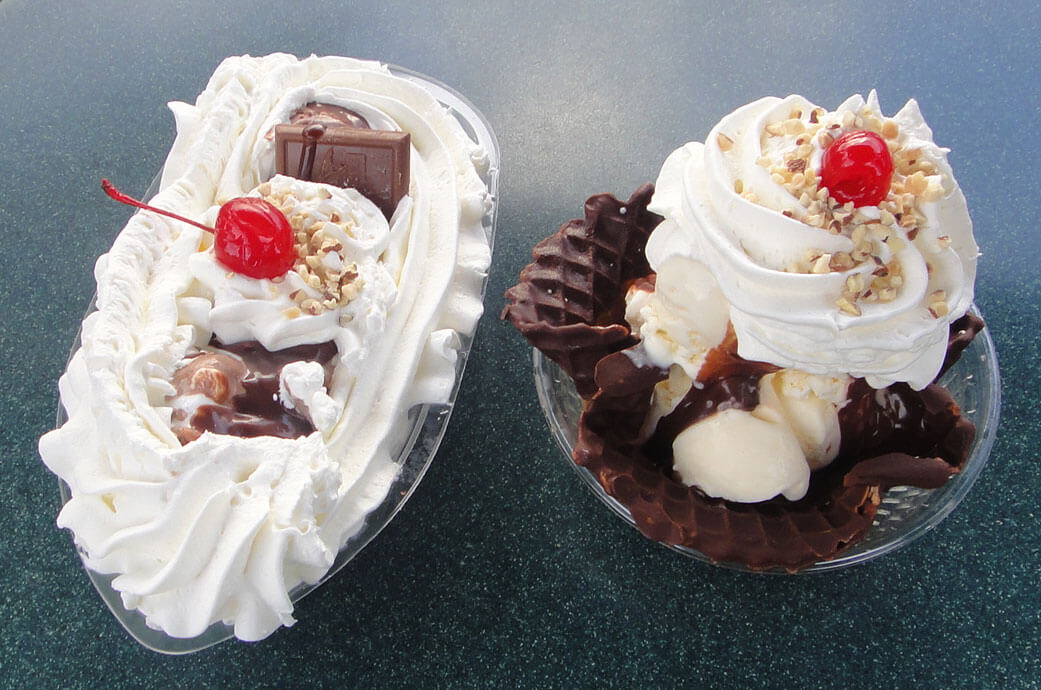 7. Ice Cream at the Ghirardelli Soda Fountain & Chocolate Shop. You can work up quite an appetite after all of the LEGO racing at the LEGO Imagination Center, bowling at Splitsville, gaming at DisneyQuest or hot air ballooning at Characters in Flight. Or just walking around. One of our favorite things to do is to grab a water-front table and split a sundae (or two). If you're feeling really ambitious, I dare you to finish off  The Earthquake — that’s eight scoops of ice cream, eight toppings plus bananas, whipped cream, chopped almonds, chocolate chips and cherries! 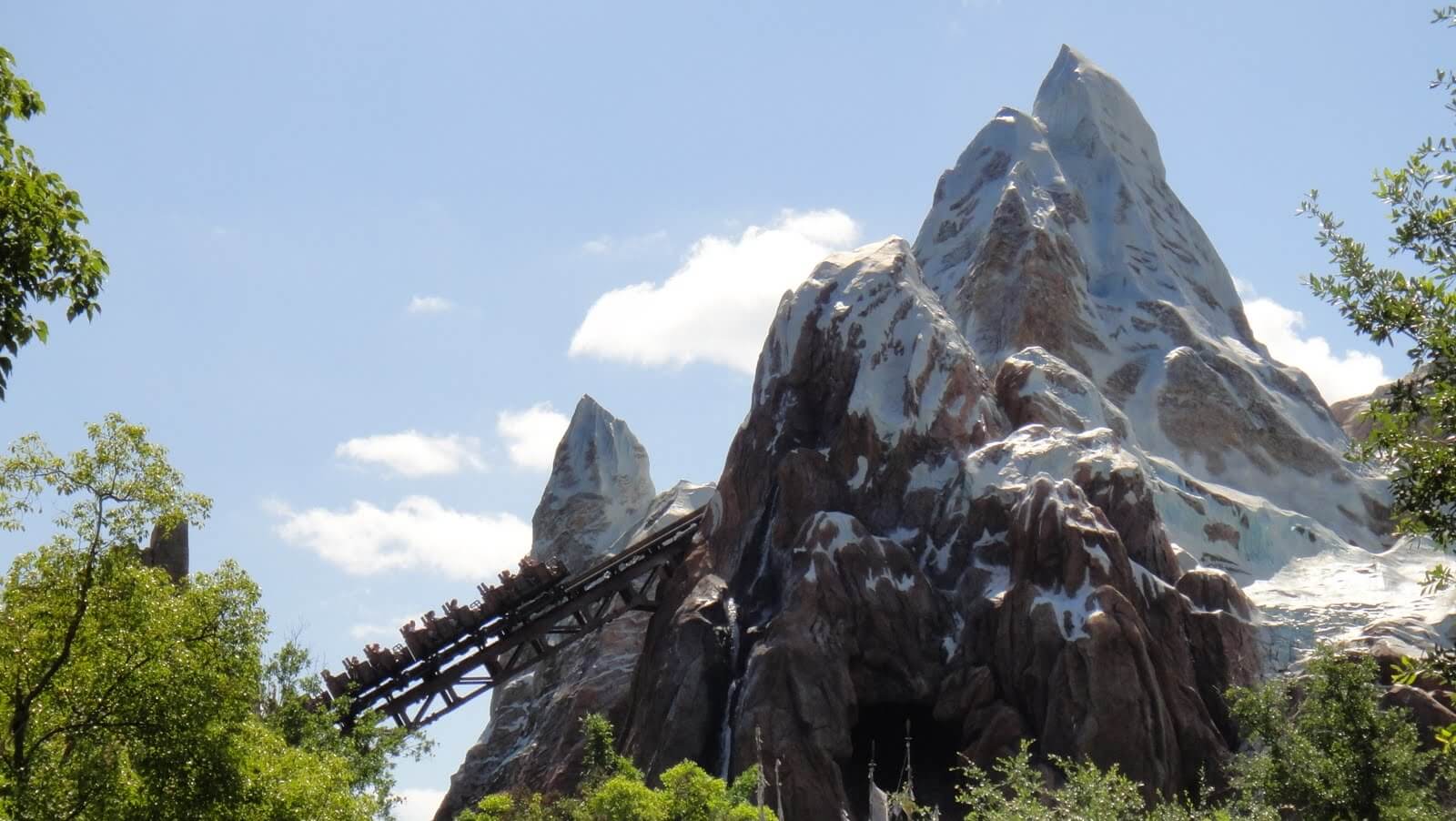 8. Everest. There's just something so cool about touring the Himalayas and visiting the snow-capped peak of Mount Everest in the middle of summer -- on a roller coaster! It's even cooler when you follow it up with a ride down the Kali River Rapids.

9. Hollywood Scoops while waiting for Fantasmic! It gets quite busy down on Sunset Boulevard in the hours leading up to the show. One of my favorite things to do is to eat a gigantic scoop of an ice cream at Hollywood Scoops to pass the time. If you're in line for the show, send one or two from your party to get the ice cream. 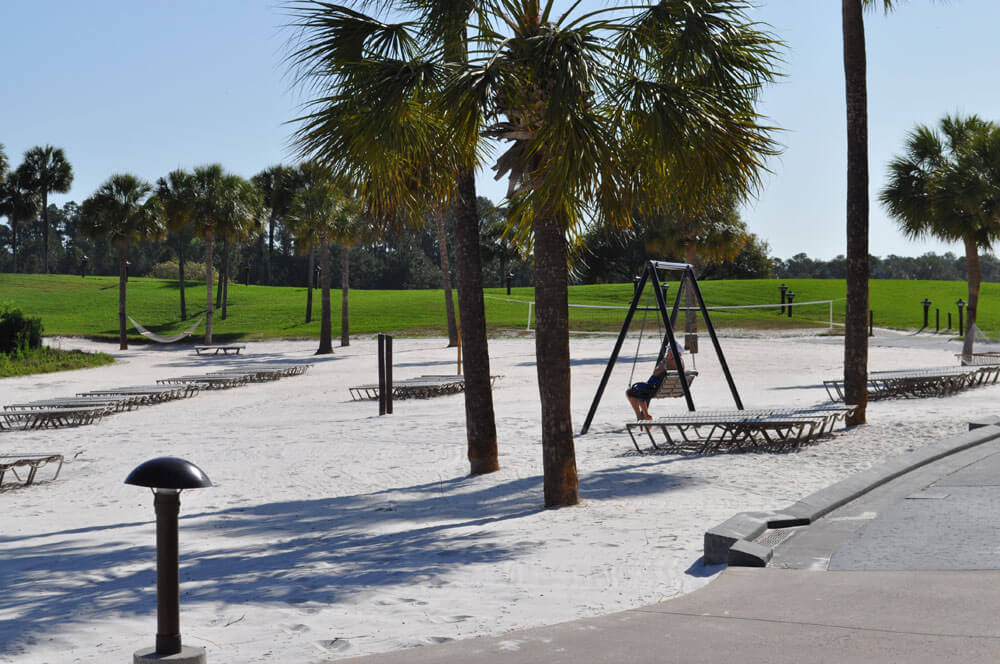 10. Kicking back on the beach at the Poly. This is our favorite place to watch the Magic Kingdom fireworks outside of the park, since Lily and I can build sandcastles while we wait. Mommy Frog especially loves this spot because she can occasionally snag one of the hammocks. She says nothing is sweeter than swaying in the breeze on a hot summer night!

Well, that's my list. Or the start of my list. I could probably spend all day thinking of more of my favorite summertime activities! Don't forget to tell me yours!