Never Give Up On Your Dreams: The Magic of RunDisney 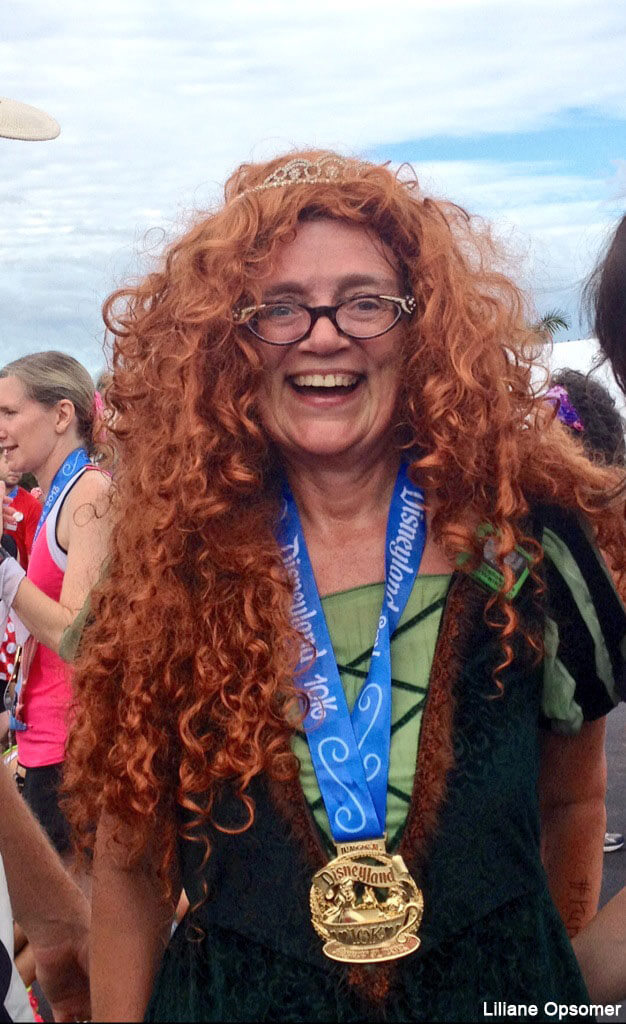 At age 64, Diana Nyad, upon swimming for 54 hours from Cuba to Florida, said it all: Never give up and never think you are too old to chase a dream.

Since the beginning of May, I have been training for a 10-mile RunDisney race at the Walt Disney World Resort in October while also committing to the 10K race at the Disneyland Half Marathon Weekend in Anaheim. Excited, I started working on improving my Merida costume, and I got totally hooked on running.

When the heat wave hit New York City, I started to think that the October Disney World race was appropriately named The Twilight Zone Tower of Terror 10-Miler, and I decided that for the longer training runs I would be paying the neighborhood gym a visit. I kept doing my Tuesday and Thursday morning runs outdoors. I felt confident that all was under control and I started planning my Disneyland and Disney World trips. Hotels, park tickets and dining reservations were made until suddenly all came to a full stop. 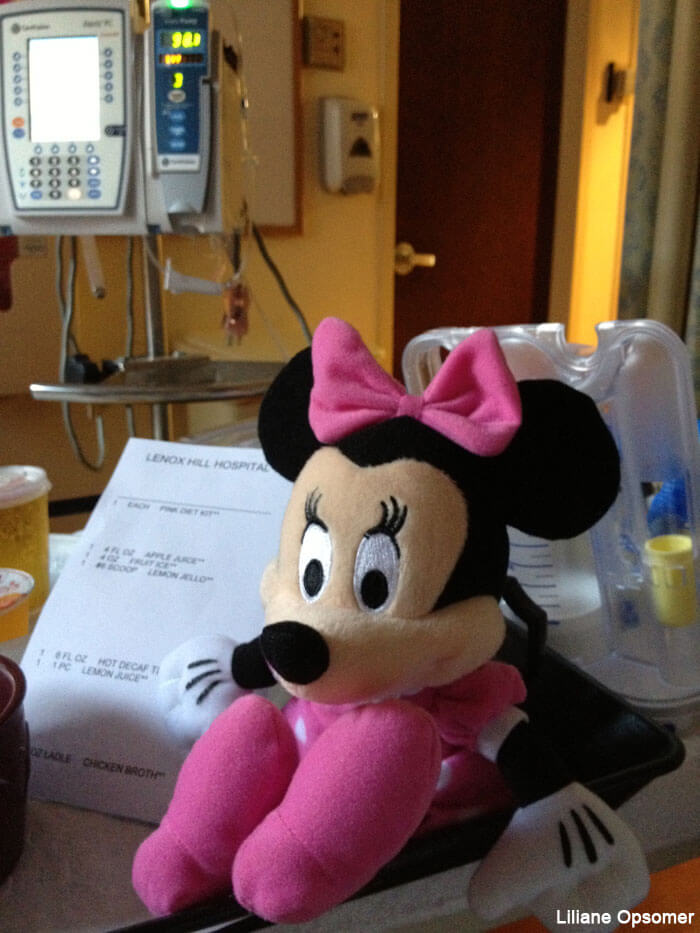 Next was a trip to the hospital and an unforeseen gallbladder removal. The hospital stay and the included dining plan was nothing to write home about, and even the cute Minnie Mouse my colleagues brought to cheer me up did nothing to make me feel better until the surgeon reassured me that even though the next race was less than four weeks away I could do it. He felt that two miles into my next training run I would forget about my stiches and that my legs would be hurting just as they did before!

Back home and on an improved dining plan, I tried to figure out how best to continue training for both races. At first I would walk with a friend for hours, and after two weeks, I started running again. Encouraged that it was doable, I packed my suitcase and set out for the West Coast. California or Bust was my motto! 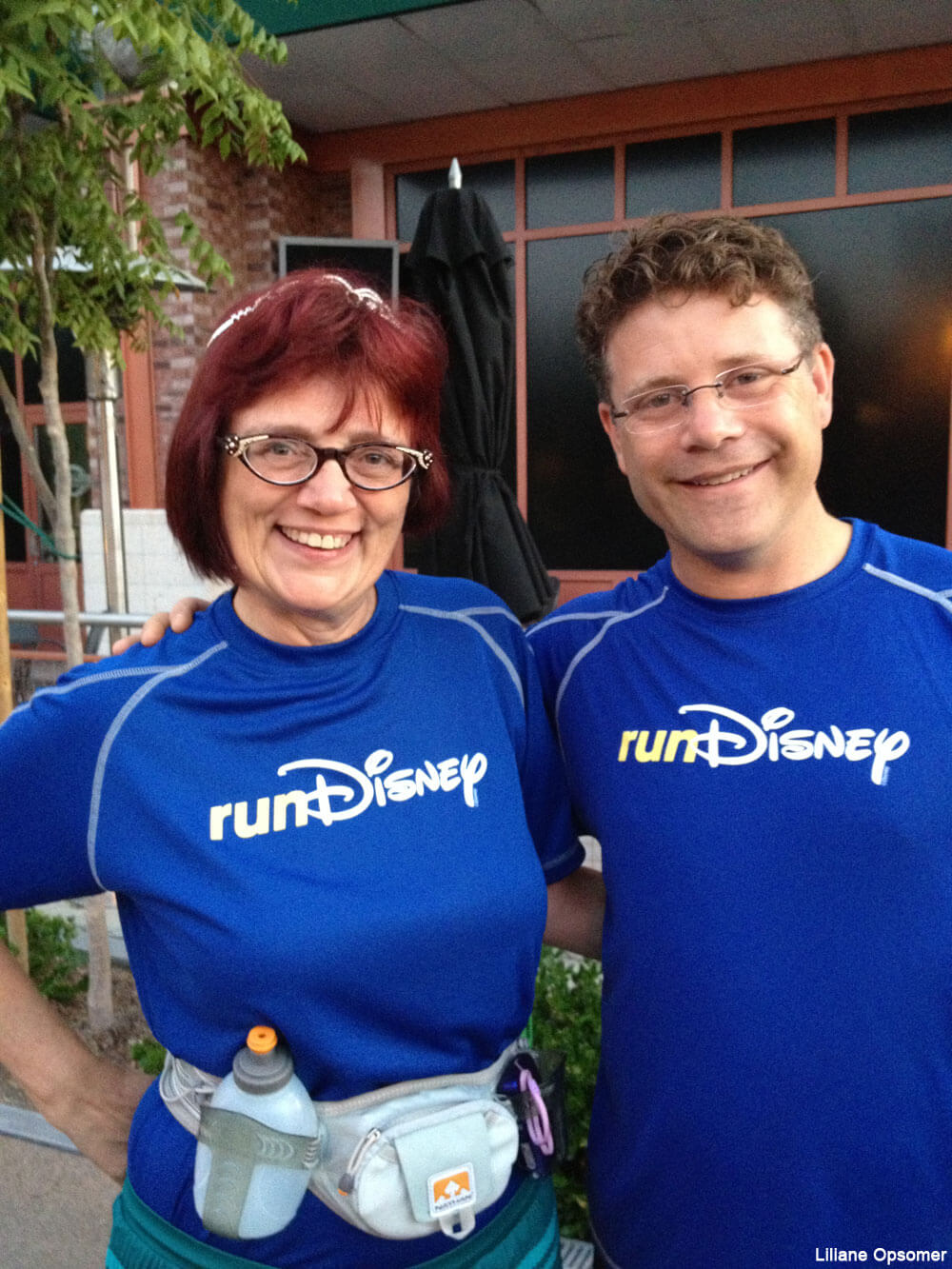 I was fortunate to be invited to join a meet-up the day before the race, and it was wonderful to be able to talk with Jeff Galloway, the All-American collegiate athlete and member of the 1972 US Olympic Team in the 10,000 meters, who had lots of great tips on how to catch up with my training program. Tara Gidius, the Diet Diva, was really helpful discussing nutritional issues. Both are down to earth and available to all RunDisney participants. And while it was fun to meet Brooklyn native and ‘N Sync member Joey Fatone, it was Sean Astin who made my day. His inspirational discussions and support was just amazing. I have been a fan of his #Run3rd movement for awhile and suggest you check it out.

Disney announced that it is working on four more races, and while details were not available, rumors have it that one of the races will be outside of the United States. Here is to me dreaming about Paris. 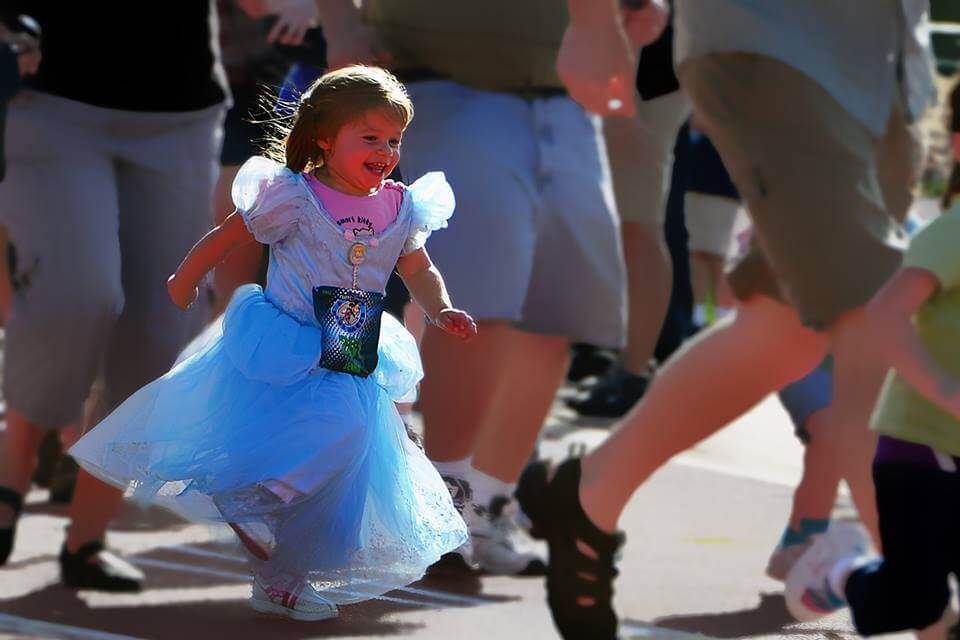 Back to the races: Overall, the event weekend hosted more than 25,000 runners, from all 50 states and 15 countries, and included 8,000 participants for the inaugural Disneyland 10K.  The 10K and the half marathon field of 17,500 registered runners were joined by celebrities Alison Sweeney ("The Biggest Loser"), Sean Astin ("The Goonies," "Rudy," "Lord of the Rings"), Joey Fatone (*NSYNC) and Ali Vincent ("Live Big"). They were also four of the 5,000 runners taking on the new Dumbo Double Dare, meaning they ran both the 10K and the half marathon and, yes, received additional bling! The weekend also included the Disneyland 5K, Kids Races and a two-day health and fitness expo. 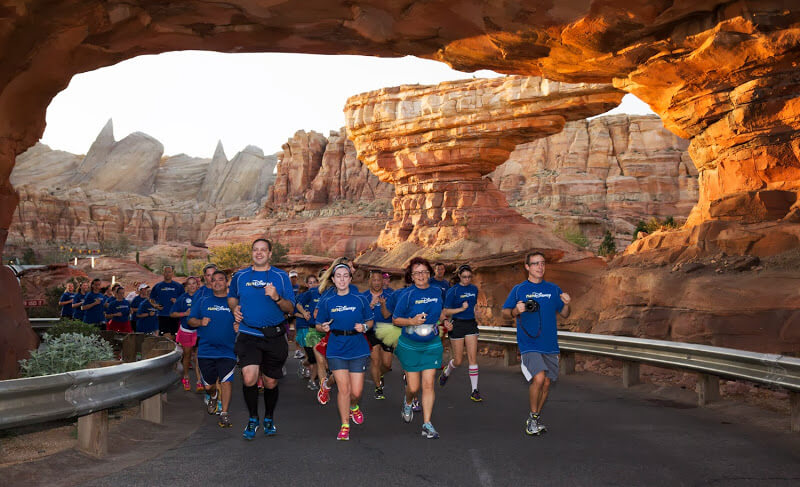 On Friday at 6:15 a.m., the 10K got under way. Finally it was time for me to hit the road. It was unusually hot and humid, and at Mile 2, Merida’s wig had to go!  It was 80 degrees Fahreneit, and while I was feeling great finally running, there was no way I was going to run 6.2 miles with the wig. The race took us through both Disneyland Park and Disney’s California Adventure. Everywhere, cast members and characters were out to greet and encourage us, we even got a sneak peak at a Halloween float in the backstage area.  It was exhilarating, and while I stopped briefly at every water hole set up by Disney, I kept on running. At Mile 6, I thought it was time to put on wig and crown again, after all, a princess has do things in style. 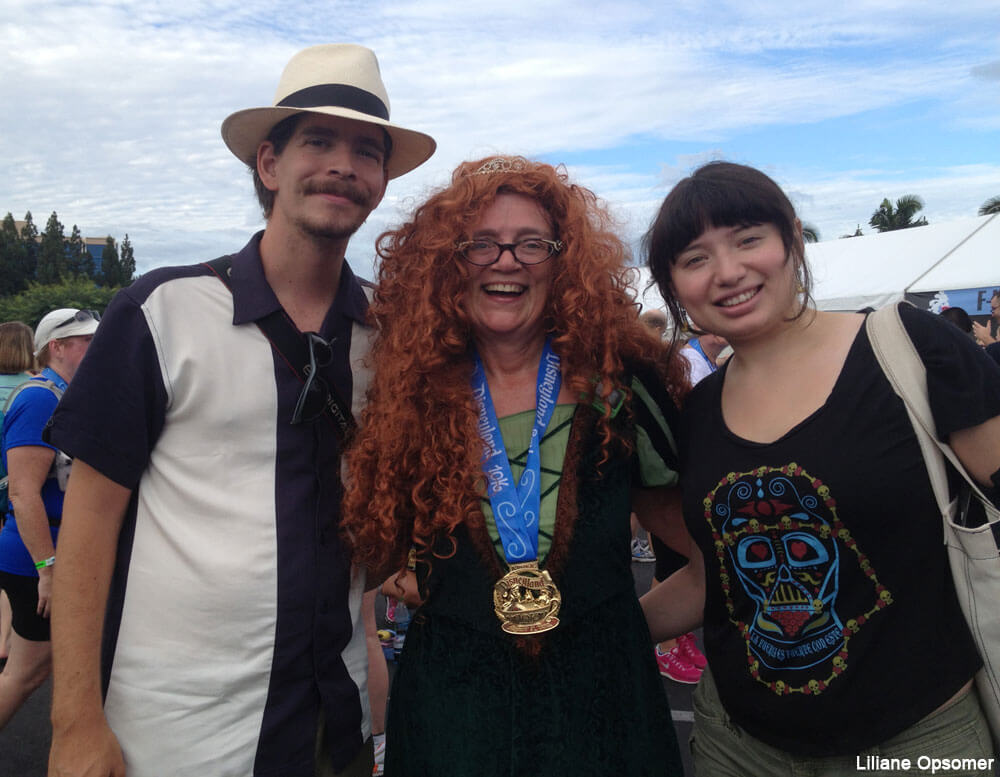 I cannot describe how it felt to cross the finish line cheered on by my son and future daughter-in-law. It was a magical moment. They saw me on the monitor and received my finishing time as a text message. My average pace for the 10K was 13:05, which is right where I was pre-operation time and made me one happy princess.

For the next two days, I enjoyed both Disneyland Park and Disney’s California Adventure Park and I can’t wait to be in Orlando for the Tower of Terror 10-Miler. I am back on my training program, and I look forward to the race at Walt Disney World, Mickey’s Not So Scary Halloween Party and Epcot’s International Food & Wine Festival. And while I will run the 10 miles in a costume, I think that this princess is up for a complete remake. Seeing the distance and the temperatures, I think Merida will be a truly modern one.  Stay tuned! 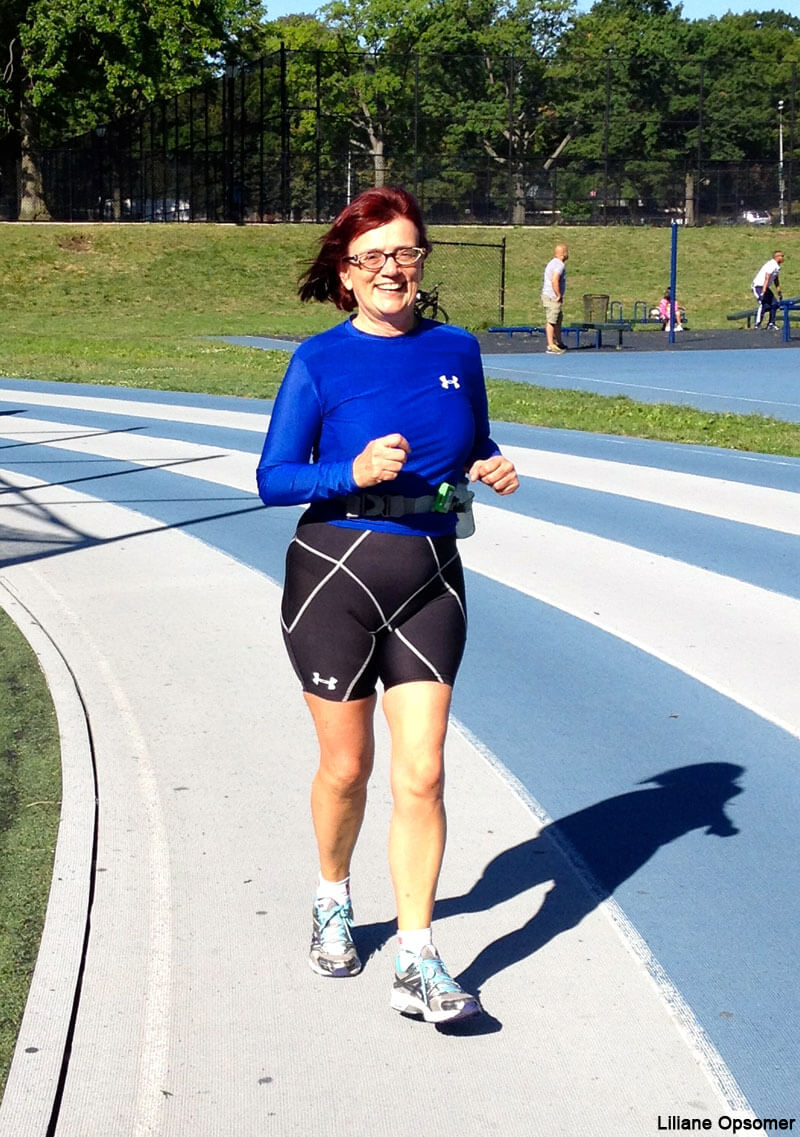 In case you are wondering why I run, let me tell you that it is mostly to prove that whenever I "hit the wall," I can somehow overcome my physical and emotional limitations. It is about the determination that with every mile the word defeat is eliminated from my vocabulary, and yes, it helps to have the magic of Disney along the way.