The Secret History of Disney Rides: Alice in Wonderland

The Secret History of Alice in Wonderland

Alice in Wonderland made its debut at Disneyland Park on June 14, 1958. Originally intending to be a walkthrough attraction, Disney Imagineers decided against this idea because of limited time and resources. When the dark ride first opened, it featured much of the same elements that a classic, carnival-traveling dark ride has. Alice in Wonderland relied on painted scenery and flat-board characters to bring it to life. 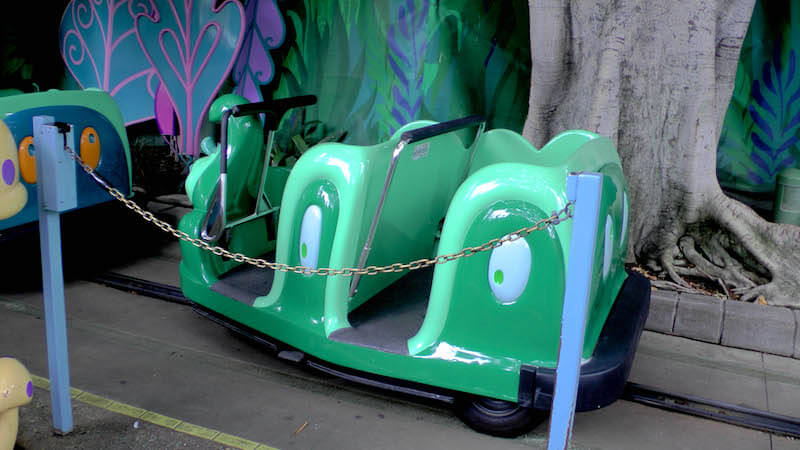 However, the ride reopened in 1984 after an extensive refurbishment. Opening a year after the rest of New Fantasyland, Alice in Wonderland now featured dimensional characters and new scenes, such as the Unbirthday Party. In fact, some scenes were just removed completely, like the Upside Down Room!

In 2010, Alice in Wonderland closed the rabbit hole for a brief period of time to install new safety equipment. According to Yesterland.com, Disneyland installed new safety barriers on the outside vine portion of the ride. Guests were able to continue adventures in Wonderland about a month later! And yet again in 2014, Disneyland made more improvements to the vine section of the ride, making it wider and removing the previously added barriers. You can only experience this Alice in Wonderland dark ride at Disneyland Park!