Let's take a trip back to the American Frontier of the 1800s, where Mississippi Steamboats were widely used! With the secret history of Liberty Square Riverboat, we'll board the Liberty Belle and sail through the history and facts of this Disney boat. For instance, did you know the Liberty Belle is not actually a Magic Kingdom opening day attraction? It actually opened the day after on October 2, 1971. Let's hop to it!

Like I mentioned above, the Liberty Square Riverboat, named the Liberty Belle, began sailing the day after Magic Kingdom opened. The idea of a Mississippi Steamboat inside the park started with Disneyland. Walt Disney knew from the early days of planning Disneyland Park that he wanted to include a steamboat for guests to sail on. To get the design and function of the steamboat accurate, WED Designers did a ton of research before actually building the boat. The bulk of the Mark Twain Riverboat was constructed at Todd Shipyards in San Pedro, Ca. The decks were made at Disney Studios in Burbank!

Two boats have been used for Liberty Square Riverboat at Magic Kingdom. According to DisneyParkHistory.com, the first steamboat to set sail on the Rivers of America at Walt Disney World was known as Admiral Joe Fowler, and was built at Tampa Bay Repairs and Dry Dock Company.  It is said that this steamboat retired in 1980! The second ship, Richard F. Irvine, was actually built at Walt Disney World. 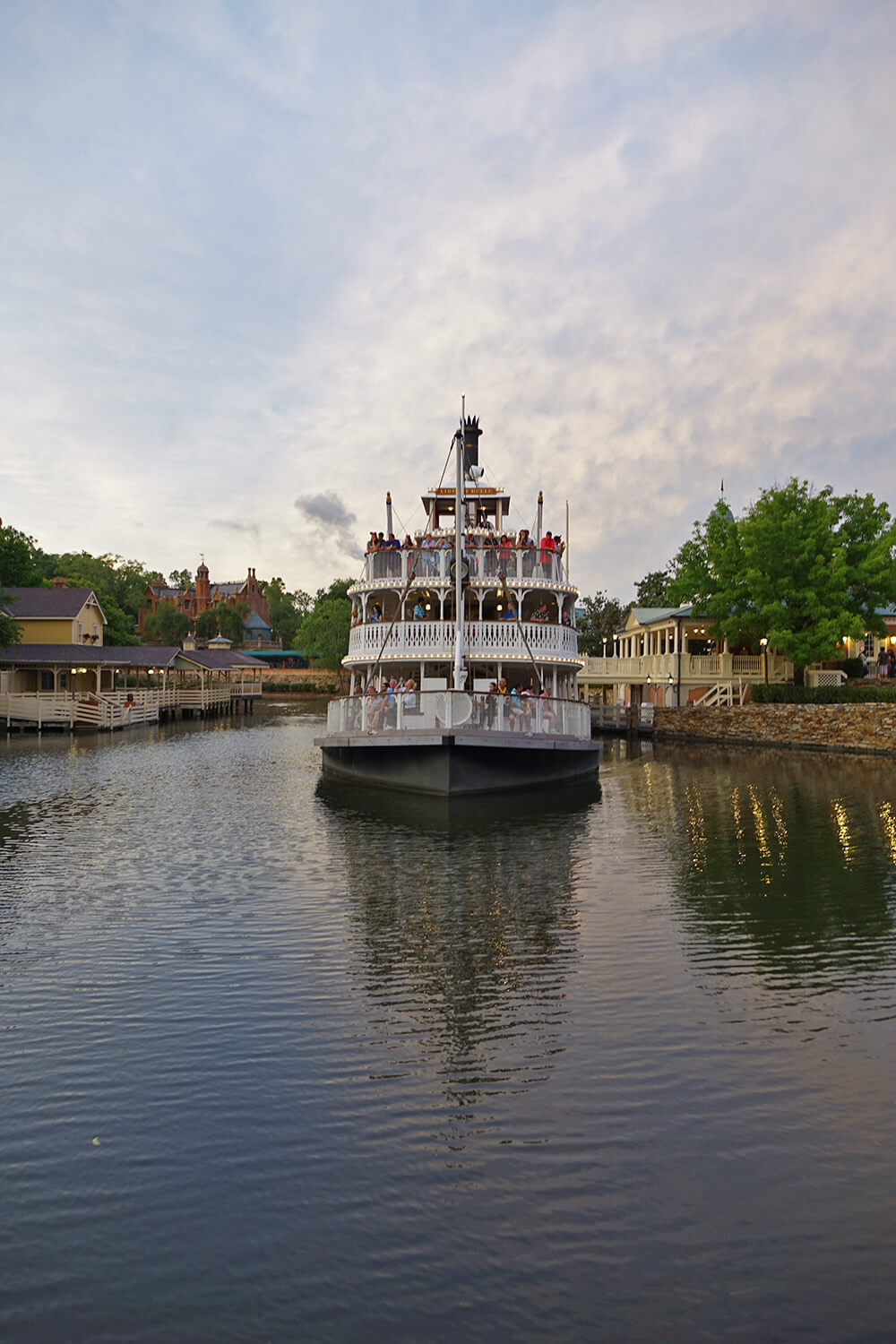 Richard F. Irvine went through some extensive refurbishments in 1996 and alas, returned as Liberty Belle to Magic Kingdom. While the Liberty Square Riverboat is not a thrilling ride, it's a fun break and a cool chance to see views of Tom Sawyer Island, as well as Splash Mountain and Big Thunder Mountain Railroad!