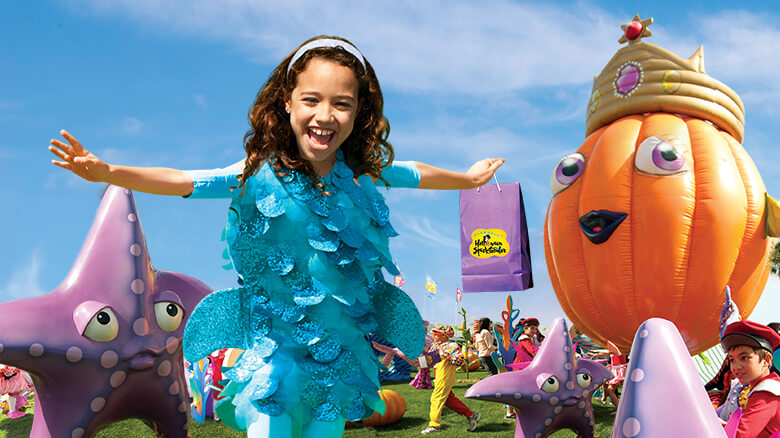 Just like SeaWorld Orlando, SeaWorld San Diego hosts the Halloween Spooktacular each fall. Everyone is invited to dress up in their costumes and get ready to trick-or-treat! There are silly spooky shows, hands-on activities and character photo-ops. We especially love this event because it is so much fun for the little ones. This year, Halloween Spooktacular will be held weekends Sept. 27-Oct. 26. It is included with regular park admission. 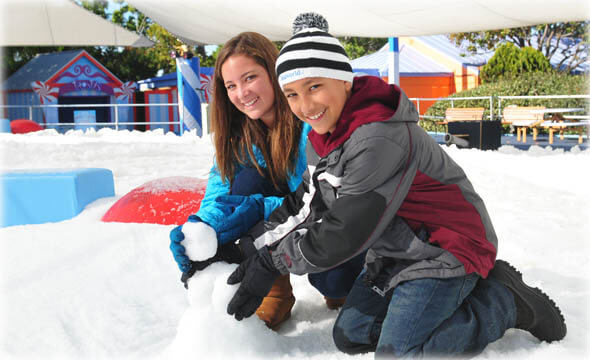 Each December, SeaWorld transforms into a winter wonderland during its Christmas Celebration. At SeaWorld's Arctic Plaza, more than 6,500 square feet of fresh snow are brought in each day for your snowman-making merriment! Children between 37-61 inches in height can hit the hills for some sledding. Christmas Celebration is also home to Southern California's largest Christmas tree, the 320-foot Christmas Tree of Lights! You will also find two reindeer-in-training, Winter and Jingles, that welcome visitors with their cheery photo-ops. Don't forget to get your picture taken with Santa and help the elves with some Christmas cookie-making! Christmas Celebration is included with regular park admission.

Each spring during spring break season, SeaWorld San Diego offers extended hours and special night-time shows on select dates. In the past, these have included Shamu Rocks and Sea Lions Tonite. Spring Into Night is included with regular park admission.

Just like at SeaWorld Orlando, Summer Nights celebrates those long summer days and nights with extended park hours and special entertainment after the sun goes down! On select dates in June, July and August, guests can enjoy special nighttime shows and cap off the evening with the Into the Blue fireworks finale. Summer Nights are included with regular park admission. 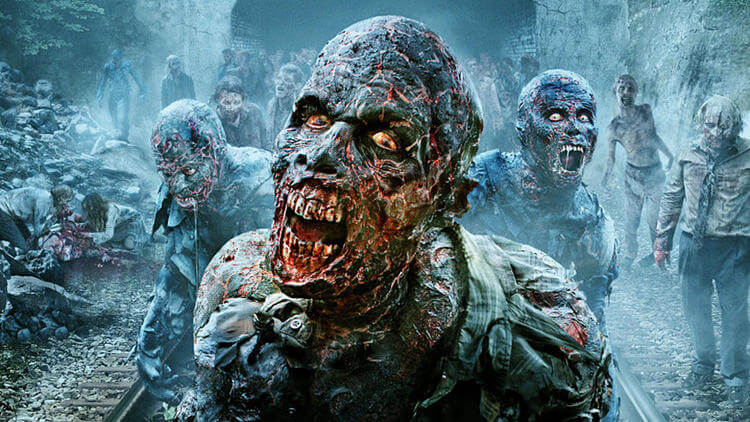 Universal Studios Hollywood brings some of the biggest names in terror with Halloween Horror Nights. Like its counterpart in Florida, the park creates seven movie-set quality mazes based on terrifyingly good movies, TV shows and music on select nights from September through November. Guests can experience the all new Terror Tram: Invaded by The Walking Dead, wherein the backlot has been invaded by Walkers! This year's theme is More Dead Than Ever and the seven new mazes are:

Halloween Horror Nights is a separately ticketed event. The 2014 dates are:

The park gets a Grinchmas makeover with decorations and a twisted Christmas tree for the holidays. Santa Claus is there to meet with all of the good boys and girls, and The Grinch and his dog Max are at the park for fun photo-ops. On the Studio Tour, the original sets from where Dr. Seuss' How the Grinch Stole Christmas was filmed is the backdrop for Whoville, and guests can experience performances by Whoville's residents re-enacting favorite songs from the film. Grinchmas is held select days in November and December, and is included with regular park admission. 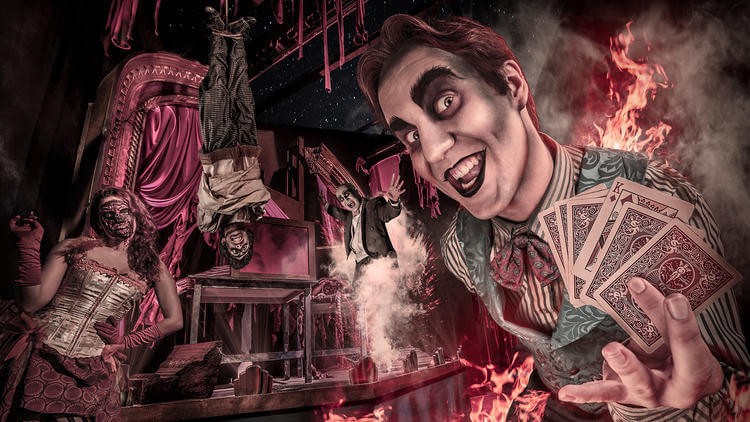 Similar to Universal's Halloween Horror Nights, Knott's Scary Farm is one of the oldest and largest theme park scare events. For 2014, the park will feature 10 mazes, four scare zones and two shows. New for 2014 is the Special Ops: Infected zombie apocalypse that is taking over Camp Snoopy. Armed with infrared laser simulated assault rifles, groups of 12 will set out into zones teaming with zombies.

Knott's Scary Farm is a separately ticketed event. The 2014 dates are:

Every weekend in October and on Halloween, the whole family is invited to have some non-scary Halloween fun with shows and activities geared for children 3-11. Camp Spooky is included with regular park admission.

Starting Thanksgiving through the New Year, Knott's Berry Farm is transformed into Knott's Merry Farm, a warm holiday celebration with special shows, crafts, festive foods and holiday decorations. Santa is at the park and ready to hear what's on your list! Ice show "It's Christmas, Snoopy!" starring Santa Snoopy and live performances of "A Christmas Carol" or "A Gift of the Magi" should not be missed. Knott's Merry Farm is included with regular park admission. 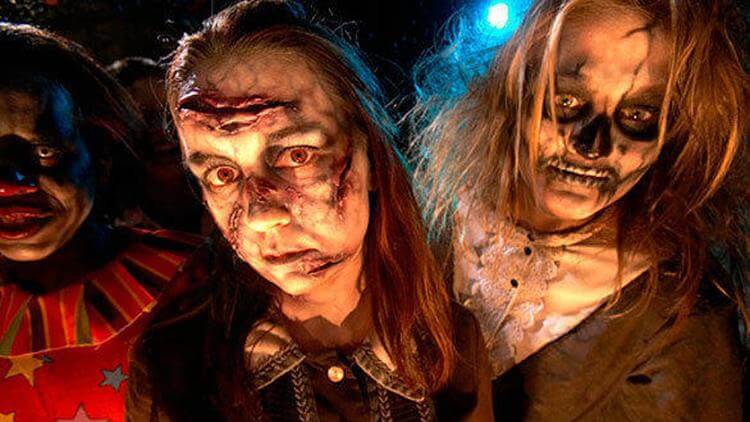 September through November, Six Flags Magic Mountain turns into a "scream park" on weekends with family-friendly fun by day and terrifying thrills by night. Kids 12 and under are allowed to wear costumes, and kids under 48 inches can trick or treat throughout Bugs Bunny World. Looney Tunes friends are greeting guests in their Halloween costumes, and their are crafts for the littlest ones. The dayside activities are included with regular park admission. Come nightfall, the park turns terrifying with haunted mazes, roaming zombies and clowns, and scary shows. To add a "twisted" element to the rides, some of the coasters have their lights turned off. Fright Fest is separately ticketed event is held Friday through Sunday Sept. 27 through Nov. 1.

Holiday in the Park

Each holiday season, the park becomes a winter wonderland with hundreds of thousands of lights strung throughout the park, singing carolers and meet-and-greets with Santa and his helpers. Their are crafts and holiday treats such as custom fudge and hot apple cider inside the "Winter Wonderland" Mining Town. Inside DC Universe a spectacle-of-lights show features contemporary holiday music set to millions of twinkling lights. This year's event runs from Nov. 28 through Jan. 4, and it is included with regular park admission.

Build your own snowman with LEGO accessories, throw real snowballs and ride snow tubes down the hill during Snow Days + Winter Nights from Nov. 22-Jan. 4. In the evening, there are special shows, music and plenty of twinkling lights. Take your picture in front of the 30-foot-tall LEGO Christmas tree, and the life-sized LEGO Brick Santa and Reindeer display. New for 2014, guests can ice skate outside the LEGOLAND Hotel, plus sip on cocoa and enjoy other holiday treats. Snow Days + Winter Nights is included with regular park admission.

Ring in the New Year a little earlier during this Dec. 31 countdown geared toward little ones with earlier bed times. LEGOLAND California re-creates the Times Square ball drop with a giant LEGO brick, Grammy-nominated artists and a surprise celebrity guest. The fun ends at 6 p.m. with the official countdown and fireworks! Kids New Year's Eve is included with regular park admission.