Our Favorite Ways to Experience Star Wars at Hollywood Studios

The Force is awakened at Disney’s Hollywood Studios! Star Wars has invaded the Walt Disney World Resort with incredible new experiences for fans of all ages. While we still have a few years to wait until the official Star Wars-themed land wraps up construction at Hollywood Studios, there are some toadally cool ways to experience the stories of these classic films right now during your family vacation.

Here are six ways to experience Star Wars at Hollywood Studios plus our tips! 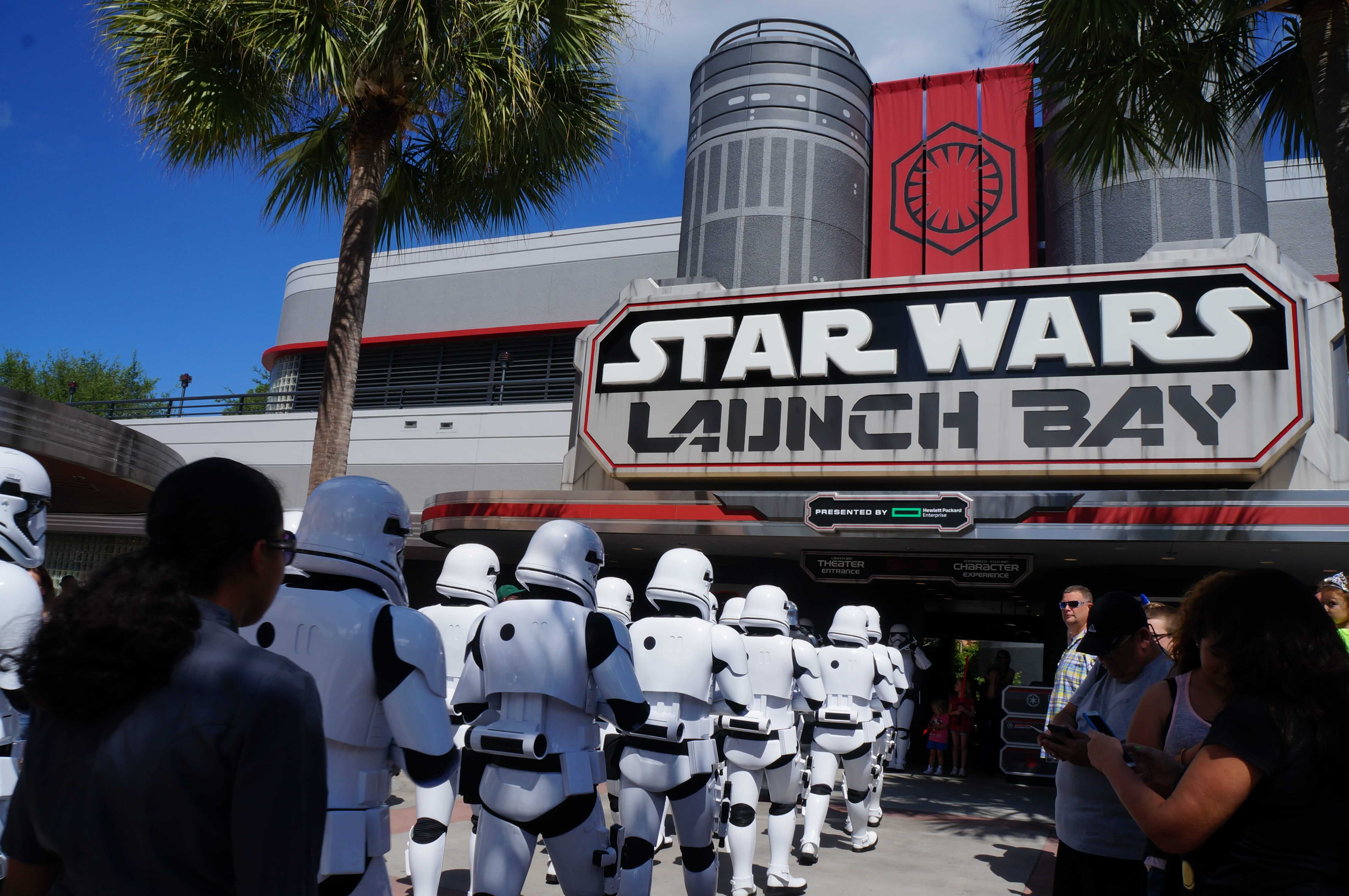 The Star Wars Launch Bay, located in the former home of The Art of Disney Animation, features a walk-through exhibit taking a look at memorabilia, costumes and artifacts directly from the set of Star Wars: The Force Awakens. Don’t miss Launch Bay Cargo; they’ve got some pretty incredible artwork and collectibles for sale. 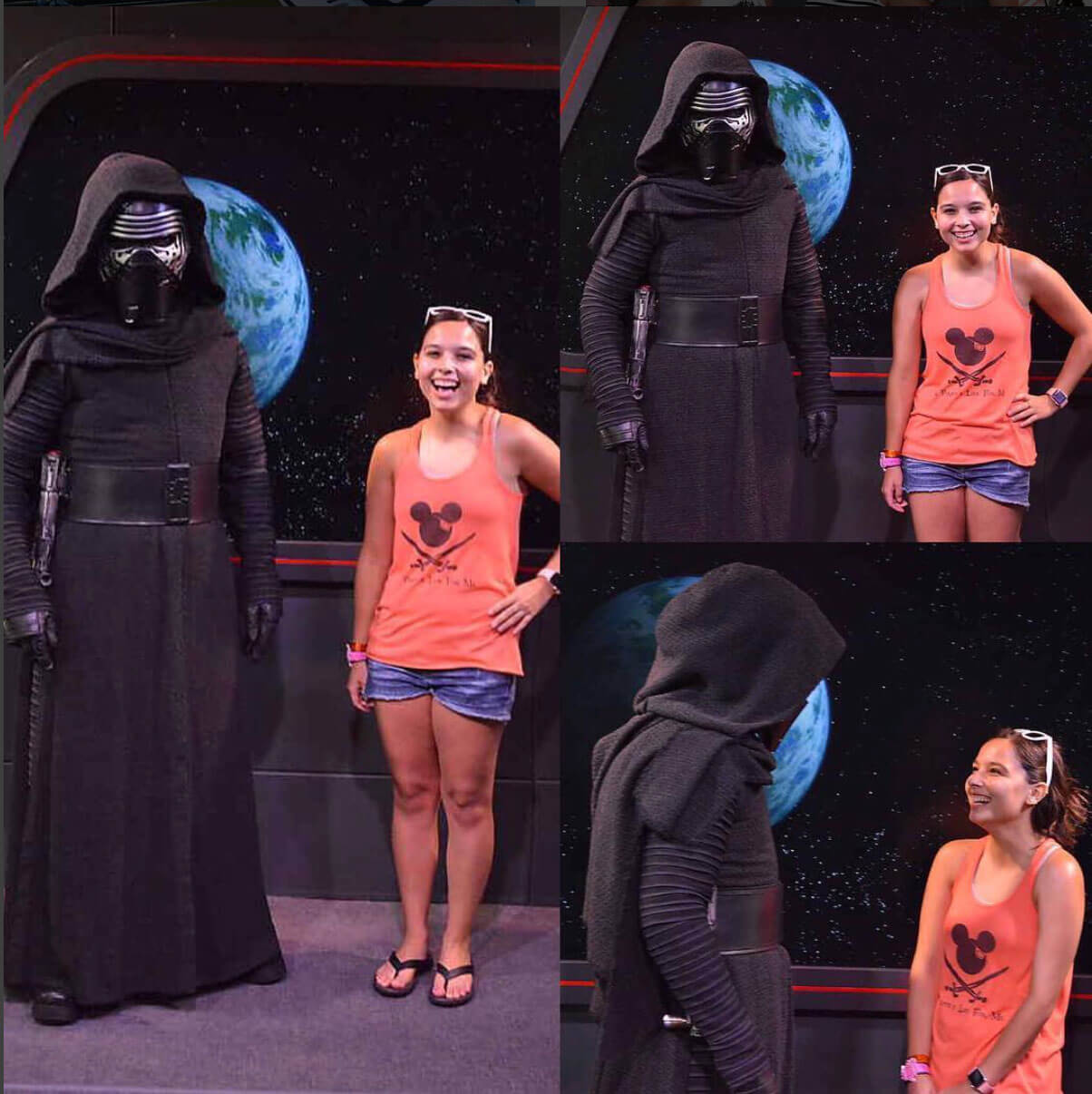 Encounter Chewbacca for a fun photo opportunity, and make your way over to meet the intimidating Kylo Ren. For video game fans, try out the latest Star Wars games and battle friends and family members on the screen. Be on the lookout for Jawas roaming the area as well—they might be looking to make a trade with you.

Little ones can participate in the Jedi Training: Trials of the Temple live stage show. Located next to the Star Tours ride, Padawan volunteers (kids!) can learn the art of lightsaber training from Master Jedi.  But stay on guard as Star Wars Villains make an appearance, ready to defend the area from the young Padawans. The show takes place numerous times a day, and this is a top way for your tadpoles to experience Star Wars at Hollywood Studios.

Insider Tip: To participate, arrive at the park when it opens (or before!) and look for the sign up area located near the stage. Space is limited for each show, and participation slots fill up very quickly. Check out the video below to see the show in action!

3. Take a ride on Star Tours – The Adventures Continue

This motion-simulation 3D ride takes adventurers through the stories of Star Wars, with possible appearances by Darth Vader, Admiral Ackbar and Boba Fett. The ride features multiple storylines, making no two rides the same. The ride features scenes from the city-planet of Coruscant and even a look at locations from Star Wars: The Force Awakens.

4. Build Your Own Droid at Tattooine Traders

As you exit the Star Tours ride through the Tatooine Traders gift shop (of course), be on the lookout for the Droid Factory. You can choose individual pieces to build your own personal droid, making it the perfect Star Wars souvenir.

From Mouse Ears and light sabers to the more traditional look of Star Wars droids, the numerous combinations will keep fans of all ages occupied and entertained. Check out the store with one of our videos!

5. Witness The March of the First Order and Star Wars: A Galaxy Far, Far Away 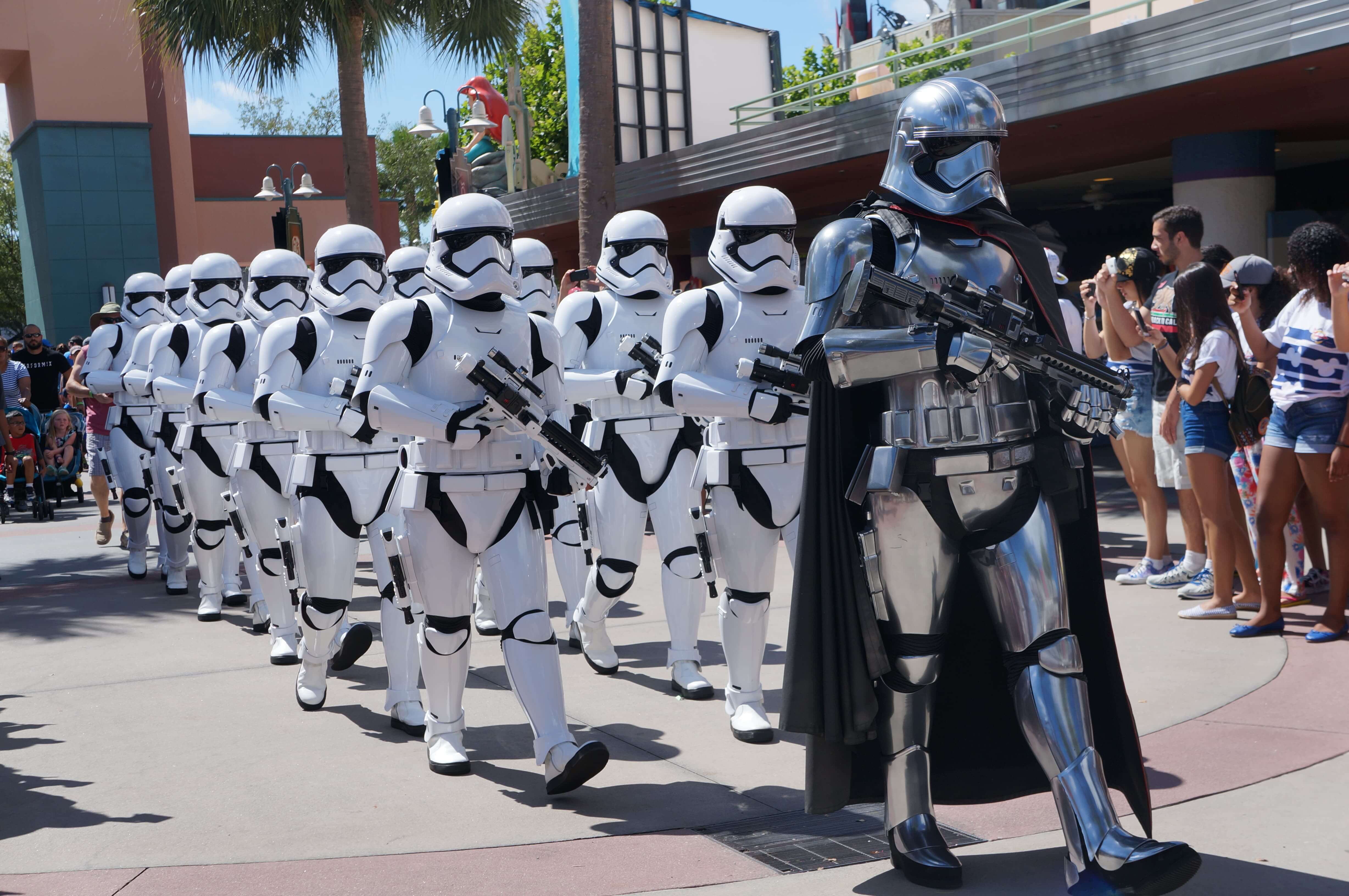 The most intimidating and thrilling part of the show is when Captain Phasma and the Stormtroopers march through the park, making their way to the stage. If you are interested in seeing the March of the First Order, it happens a few minutes before and after each showtime, and takes place between the Star Wars Launch Bay and the main stage.

6. Light Up the Night with Star Wars: A Galactic Spectacular

End your day at Disney’s Hollywood Studios with Star Wars: A Galactic Spectacular, a magnificent fireworks display combined with laser lights and massive special effects. John Williams’ original scores are paired with a storyline that takes you through Tatooine and ends with an epic battle. The show is pretty spectacular, and is the ultimate way to celebrate Star Wars at Walt Disney World.

Insider Tip: For an additional cost, sign up for the Star Wars: A Galactic Spectacular Dessert Party and enjoy the show from a reserved area with complimentary Star Wars-themed desserts and drinks. You'll find more tips for viewing the fireworks here.

Whether you want to introduce your little ones to The Force or crave adventures and speed on the Star Tours ride—the entire family can get in on the fun and excitement of Star Wars at Disney’s Hollywood Studios.

The force is alive and well inside Disney’s Hollywood Studios and will continue to grow over the next few years at Disney World. What are your favorite ways to experience Star Wars at Hollywood Studios? Share in the comments below.