Top Star Wars Treats During Season of the Force at Disneyland

If you are a Star Wars fan visiting Disneyland during the Season of the Force, you're going to want to read this. There are some definite must-haves when it comes to Star Wars-themed food, treats and the souvenir containers that they come in. If you know about them in advance, you can be one of the first in line in Tomorrowland before the lines are long or they sell out for the day. Save up all your change or ask your parents for a souvenir budget before you go!

Top Star Wars Treats During Season of the Force at Disneyland 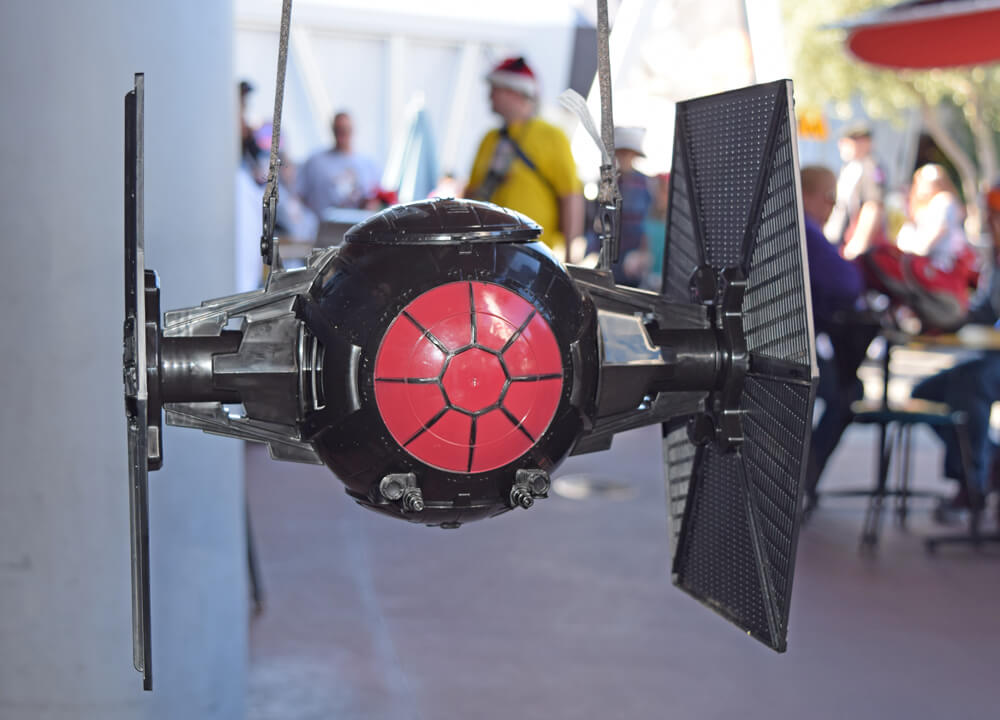 At $25, this may the most expensive popcorn you’ll ever eat, but the cool fighter ship is a great souvenir that will look awesome hanging in your kid’s bedroom. Maybe your kid can store action figures in it? This is an item to buy as soon as you can because the lines were pretty long to get them. 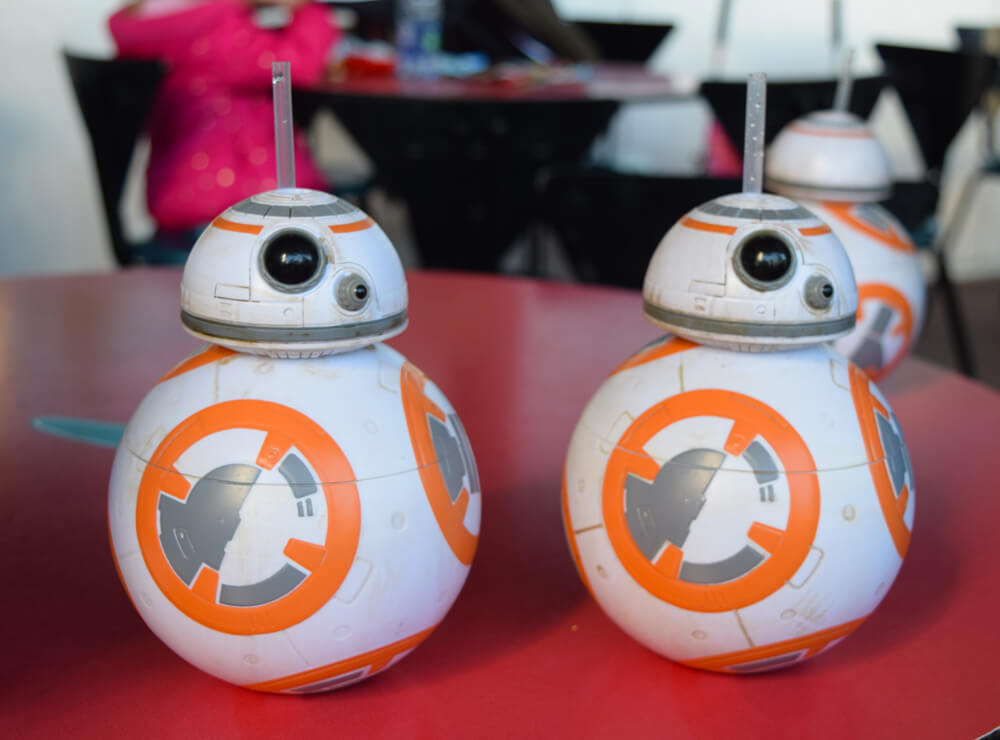 The BB-8 droid sipper cups were selling at light speed. You can find them at Pizza Port. If you are a Chewy fan, then a souvenir Chewbacca stein ($10.99)  filled with grapes or pineapple might make a refreshing healthy treat. Perhaps when you get home your froglet will enjoy dipping their cookie in a Wookiee (full of milk of course). You can find these at snack stations in Tomorrowland. 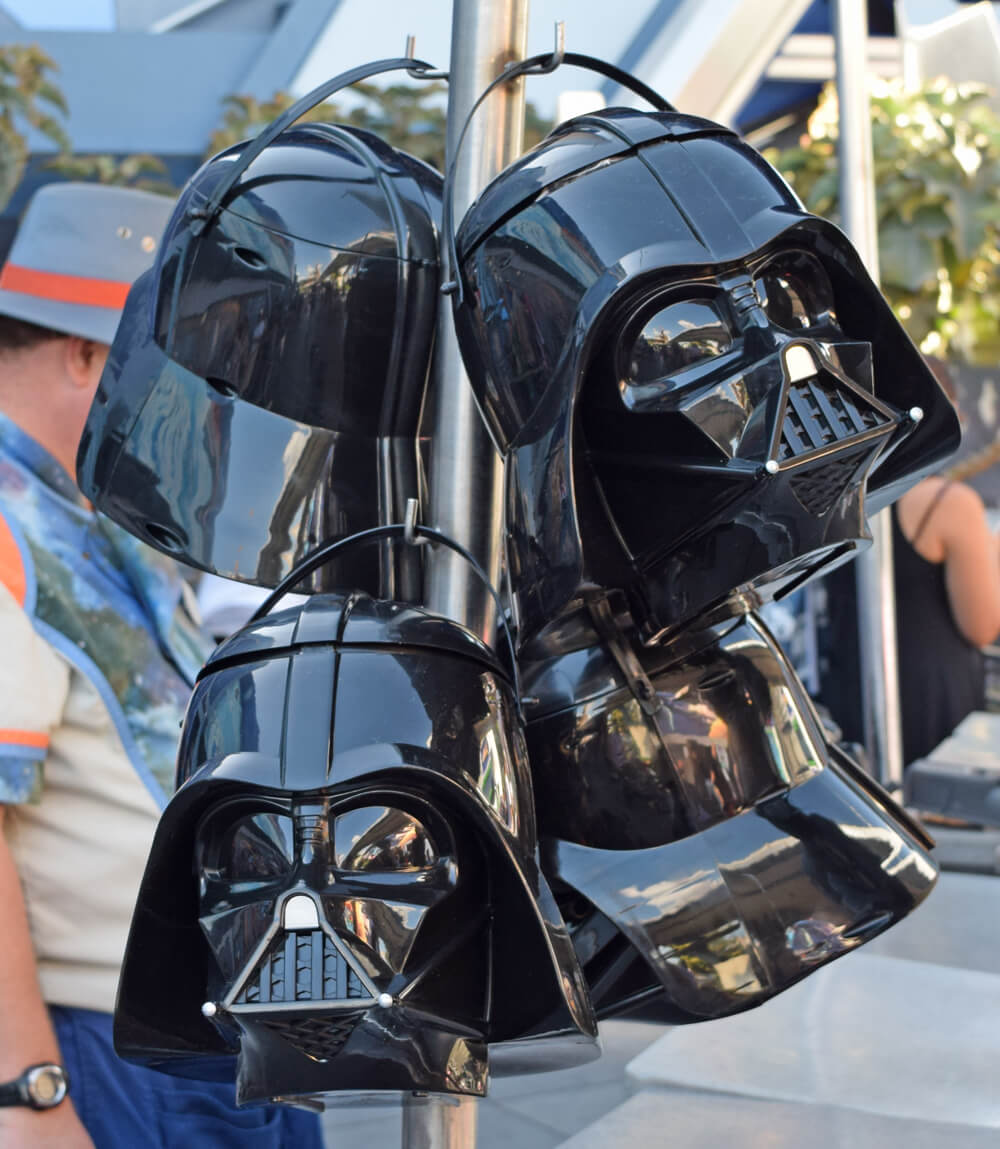 Did you know Darth Vader has fluff for brains? When you open up these cotton candy buckets that are shaped like Darth Vader’s head it certainly looks like he does. 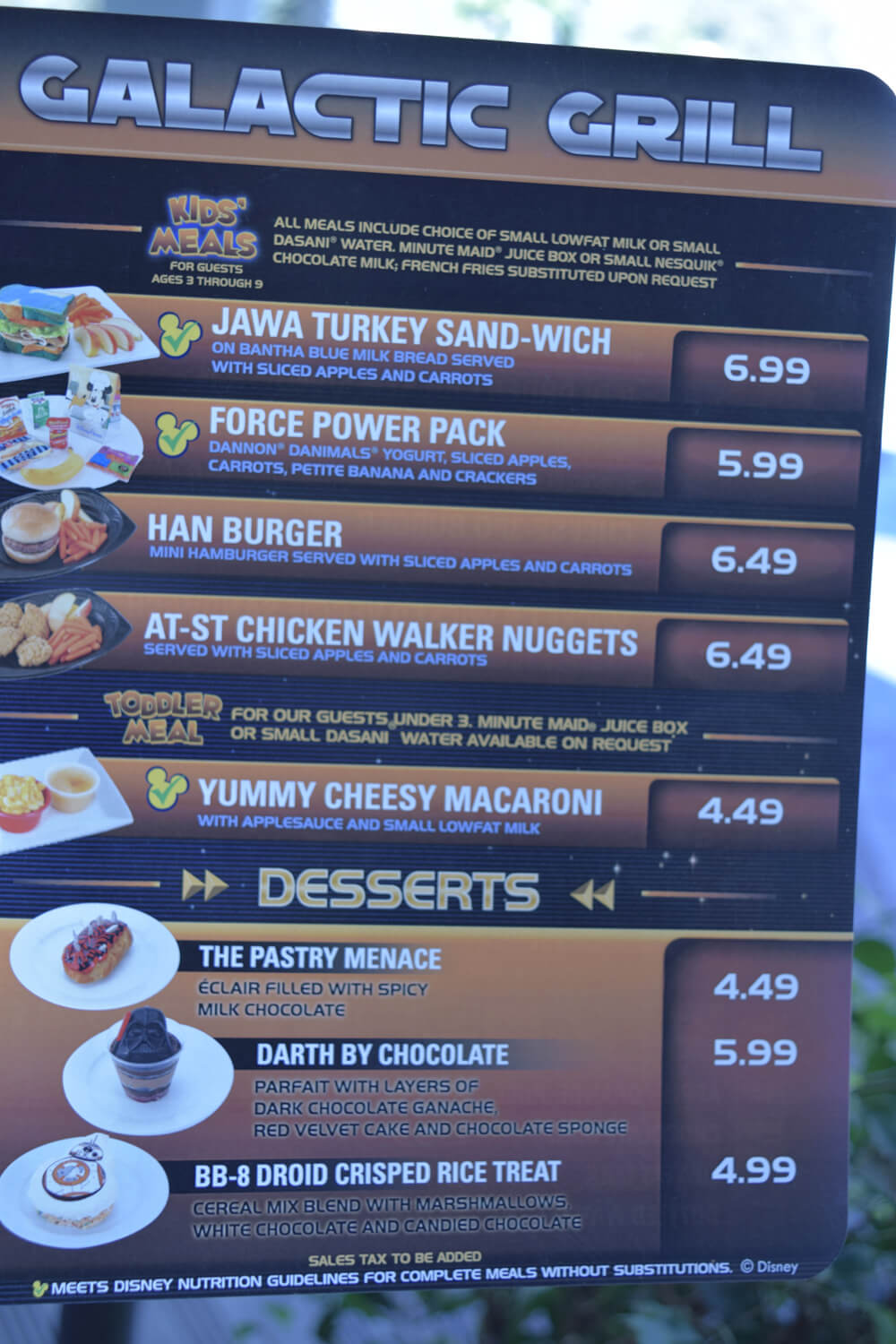 While the Star Wars items that come with food and drink make great keepsake souvenirs, new for the Season are entirely different menu items that will make for some pretty cool (and tasty) memories as well. There are two restaurants in Tomorrowland that offer these new dishes: The Galactic Grill (formerly Tomorrowland Terrace) and Pizza Port.

Everything has been taken over by the Season of the Force at Galactic Grill. There are main course menu items such as the First Order Specialty Burger on a dark bun. You can order it with a souvenir Han Solo carbonite box for an additional fee. For the tadpoles, one of the choices—the Jawa Turkey Sand-wich comes on bantha blue milk bread. Your little ones are sure to find blue bread out of this world.

The desserts are to die for: Darth by chocolate (Mommy Frog's favorite), the pastry menace and a BB-8 Droid crisped rice treat. We saw big fans order all three desserts! 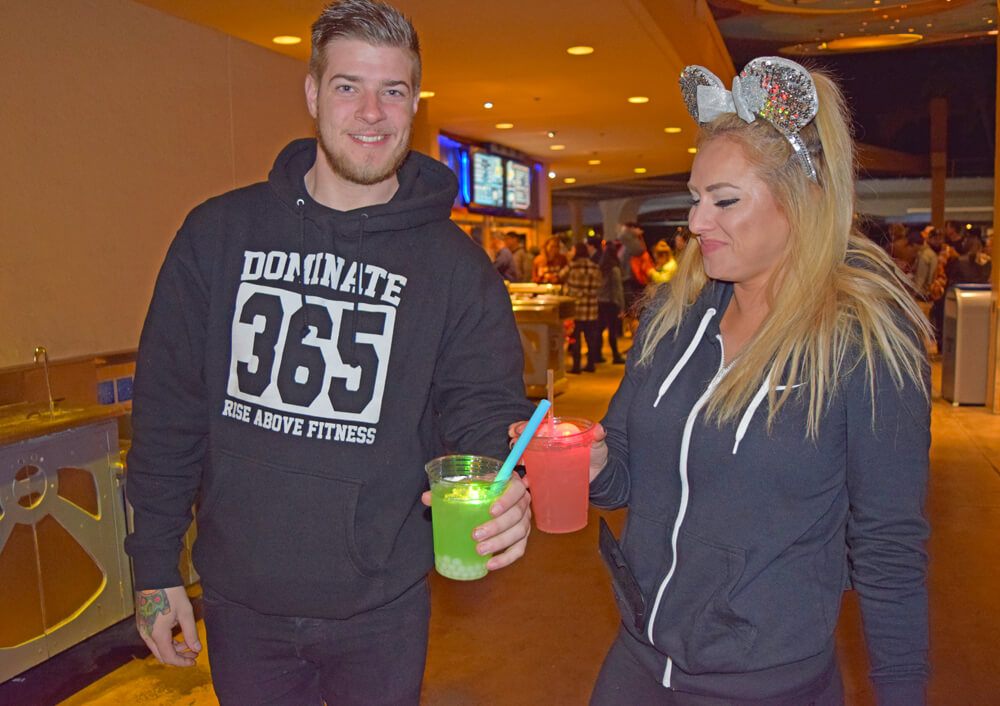 The cool pink and green light-up drinks glow. They look especially fun at night, so maybe save this treat for the evening. You can choose the Dark Side (strawberry lemonade with a light-up death star) or the Light Side (with lemonade, apple, yogurt meteor balls and a light-up Millennium Falcon).

How did Mommy Frog miss Pizza Port in her favorite quick-service restaurants post? We always find new things in the park and the Season of the Force led us into Pizza Port. It smelled pretty good in there and everything looked so tasty. We may have a new favorite Disneyland cafeteria-style restaurant. Pizza Port has kept some of their longtime pasta and pizza favorites on the menu, but they brought in troops of new Star Wars dishes for the Season as well. And there are some healthy ones too! Moms take note of the Fields of Naboo salad and the Starfield of Greens salad. They are almost too pretty to eat. Almost. Are you brave enough to try the Dark Side Chicken Curry Pizza? Pizza Port is also the place to pick up a droid sipper.

Whether you are simply passing through for the Season or are a Seasoned Star Wars fan, it is worth checking out some of these fun Star Wars treats and keepsakes that are available during the Season of the Force at Disneyland.

Related: What to Expect During Disneyland's Season of the Force