You’ve decided to come to Colorado to check out the amazing purple mountains majesty … frogtastic! Colorado is home to more than 10,000 mountains, 54 of which are higher than 14,000 feet in elevation. But that doesn’t mean the entire state is mountainous. There are plenty of parts of Colorado that are generally flat — including the location of Denver International Airport. This means if you’re flying into Denver for a Colorado mountain getaway, to say Breckenridge or Keystone or Vail, you’re going to need to know how to drive up into the mountains. Don't fret! Your frog friends have you covered. Let's start with the basics. 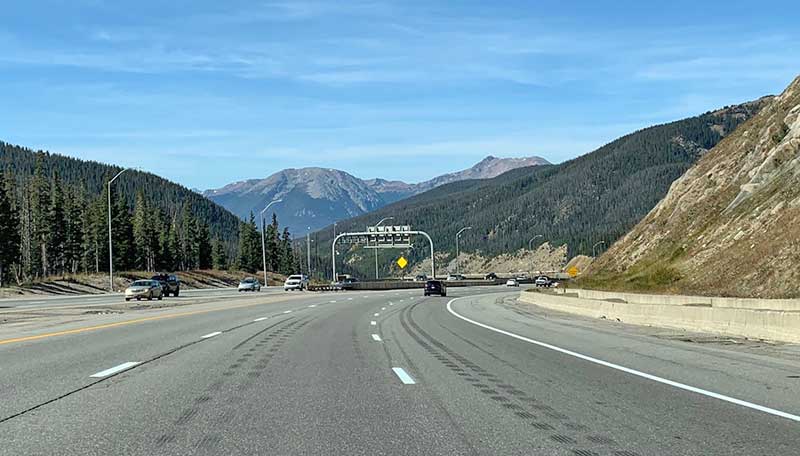 What kind of rental car do you need? While a lot of that depends on the size of your traveling party and how much you’ve packed, nearly any car can drive into the mountains. While cars with bigger engines might have more acceleration, nearly all cars can make the drive, depending on the season. If you’ve arrived in “Colorful Colorado” during ski season, we definitely recommend renting a vehicle with all-wheel drive, which will give you more control as you navigate winter driving conditions such as slick and snow-packed roads.

Driving into the mountains isn’t a straight hop up and it’s not like what you’ve seen on cartoons where a road just spirals all the way to the top of a mountain (though sometimes it does kind of look like that). It’s more of a climb with twists and turns and occasional downhills. And when those downhills happen, it’s sometimes like you’re on a ride at a Disney theme park — you can pick up some serious speed on those downhills! (This is when my wife Flora usually attempts to use her imaginary brake as I’m driving.) On the drive back into Denver from the mountains, you’ll be going down 6 percent grades, which may not sound like much, but trust me in a car going 70 miles per hour it can feel like a roller coaster!

Once you head west on I-70 out of the Denver metro area the terrain changes quickly. Instead of an urban, flat drive, you’ll begin a steady climb up into what’s deemed the “foothills.” If you’re a flatlander (i.e. you live at sea level), you’re going to think you’re already in the mountains. But you should think of these as the baby mountains of Colorado and the beginning of your fun and beautiful drive!

What You Can Expect Driving in the Mountains of Colorado

As you make the steady climb up, you may notice your car engine working harder. If you happen to be driving with your air conditioner or heat on, this is when you might want to temporarily shut it off, which can sometimes give a bit of a boost to your car and help it make that leap to a higher speed. 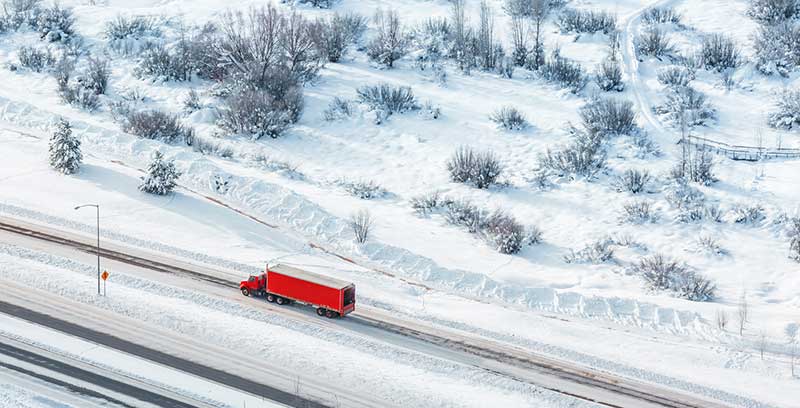 Like any interstate, you’ll notice a number of semi trucks on the road with you. Most of the time, these trucks will stay in the right hand (slow) lane with their hazard lights on. This doesn’t mean that they’re planning to pull off to the shoulder but rather it should be your clue that they’re going slower than the flow of traffic. While you may have to hop into the right lane on occasion, try not to get behind those semis (or RVs for that matter) as sometimes it’s hard to accelerate fast enough to move back to another lane.

You may not be able to gauge exactly how high up you’ve driven, but elevation gain does happen quickly — so quickly, in fact, that you may notice a few interesting things that happen in your travels. Just like when you fly, you may feel pressure in your ears, and just like when you’re in the air, yawning or chewing gum can help with that. If you’re traveling with reusable water bottles with valves, you may notice that the valves begin to “spit” water due to the air pressure changing. And here’s an interesting thing to do: Have your kids put the backs of their hands against their car windows before going up into the mountains and then again about 30-45 minutes into the drive. Chances are the windows will feel a lot colder due to the higher elevation! 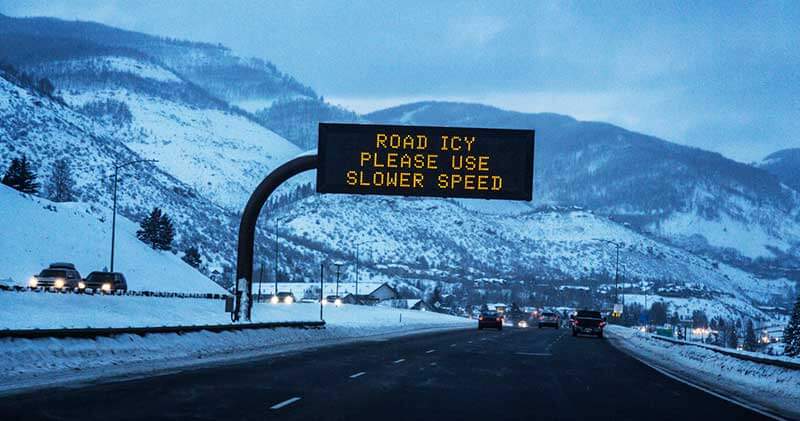 If you’re driving during the winter months, be prepared for snow and ice. At higher elevations, any kind of weather can happen at any time of the year. Yes, this means that even if you’re exploring the Colorado mountains in July, you could see and drive through snow! When more intense winter driving conditions exist, you’ll likely see electronic traffic sign boards that read, “Chain Laws in Effect.” This mostly applies to commercial vehicles, but passenger cars should be prepared, too.

This means that if you’ve rented a car, you should check the treads on the car’s tires before beginning your drive. (From September through May, Colorado law now requires all vehicles to have a minimum tread depth of three-sixteenths of an inch. All vehicles, rentals included, need to have all-wheel or four-wheel drive, snow tires, or all-season tires.) And if you find that conditions are just a bit too tricky for you to drive in? Find a safe place to pull over (like an exit or large shoulder) and just wait it out. Better to be safe than sorry!

What You Might See on Your Drive in the Colorado Mountains

While you’ll see and do lots of things on your mountain adventure, it really begins with the drive into the mountains! Once you’re in the foothills, not only will you begin to see the “big” mountains, but you’ll be in the heart of the smaller ones, complete with beautiful homes along the way. Deer and moose (depending upon where you might be driving) are not uncommon sights. And if you see a body of water rushing alongside the highway? Take a closer look as you may just see some whitewater rafters and kayakers attempting to conquer the waterway (in the warmer months anyway). 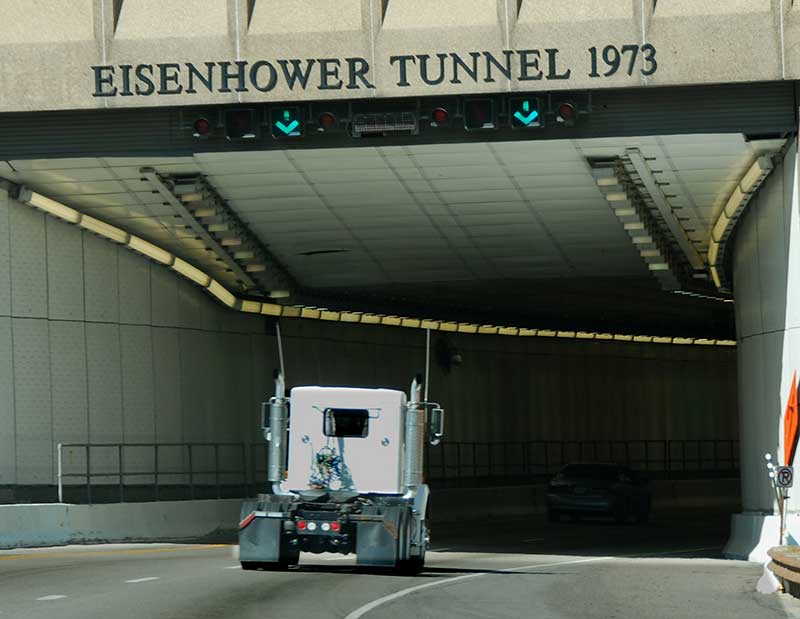 If you’re traveling toward the Vail resorts from Denver, you’ll pass through the Eisenhower Memorial Tunnel. This tunnel is billed as the highest car tunnel in the world at more than 11,000 feet and more than a mile and a half long! In fact, it’s long enough that you never know what kind of weather awaits you on the other side. What’s more, the tunnel has no windows and no doors (you’re welcome, Haunted Mansion fans), so don’t plan on stopping in the middle of it.

The Best Time to Drive in the Mountains Near Denver, Colorado

Denver and its mountains are no longer the best kept secret in the West, so consequently over the years traffic into and out of the mountains has increased. When planning your vacation, if at all possible, try to drive in and out of the mountains on a non-weekend and non-holiday. In general Friday afternoons driving into the mountains and Sunday afternoons driving back into Denver are the busiest times since many of the locals spend their weekends exploring the mountains. Have a plane to catch? Make sure you give yourself at least double the amount of time you think you need, especially during these peak drive times. The interstate is nearly the only road that connects the Vail resort area to Denver, and one accident can snarl traffic for quite some time! 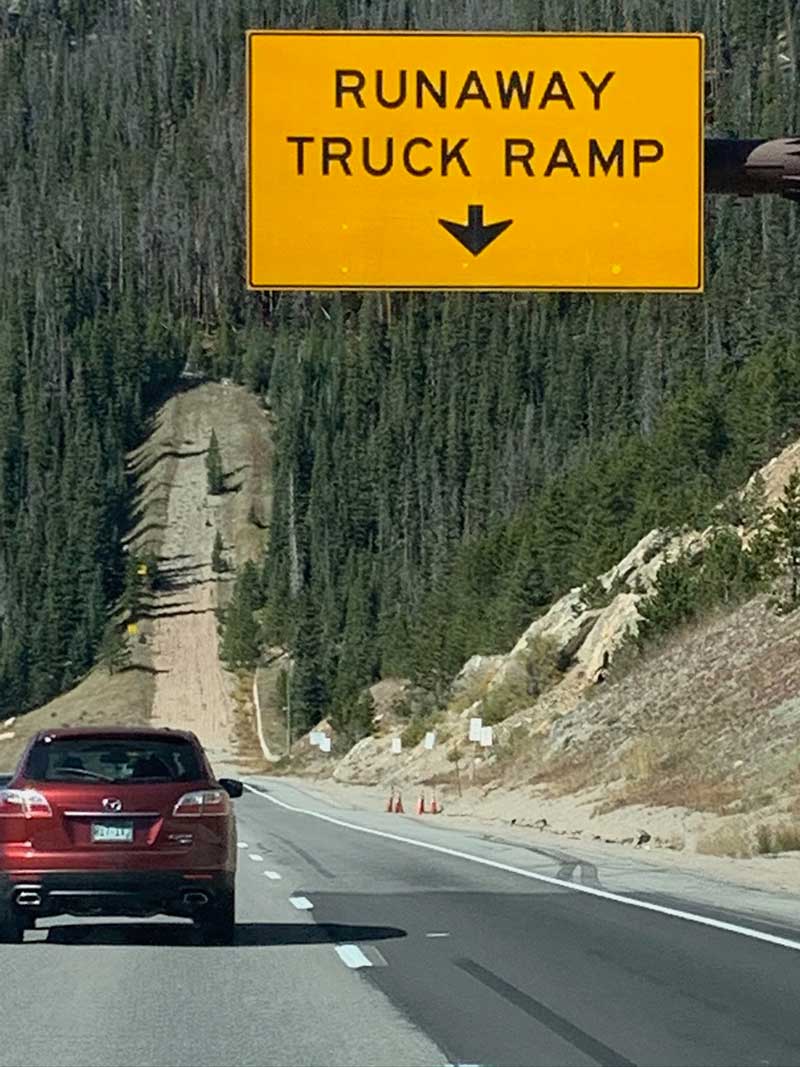 Key Things to Know When Driving in the Mountains Near Denver

If you give yourself plenty of time and pay attention to your surroundings, driving in the mountains of Colorado can be a great beginning to your adventures! Don't froget, you can find a rental car, snag a hoppin’ deal on a ski hotel and purchase discount lift tickets and equipment rentals with Undercover Tourist.