Flying down a day prior to the race was a no-brainer, after all the Magic Kingdom was hosting Mickey’s Not So Scary Halloween Party and I wanted extra time at the EXPO to pick up my bib, get my last-minute race instructions and indulge in some shopping. 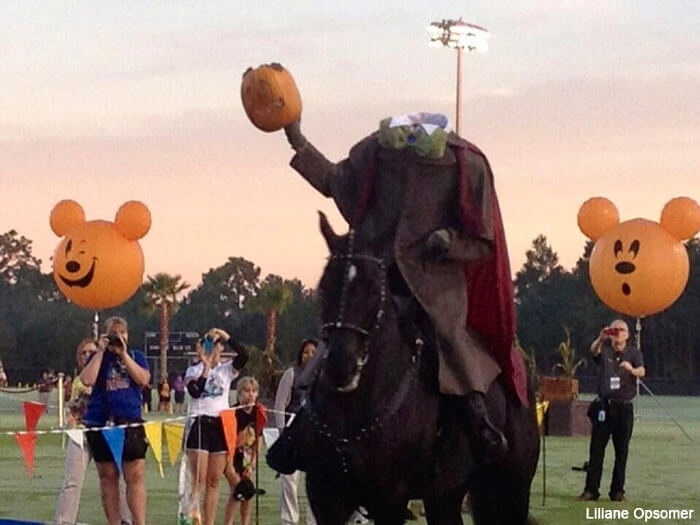 I settled into Disney’s All Star Music Resort, and off I went for some trick-or-treating – until midnight! The race was only at nighttime the next day and there would be plenty of time for rest, swimming, relaxation and even maybe a nap. I will say this: It was a lot of fun, but next time I’ll skip the equivalent of a 10-miler walkathon through the Magic Kingdom prior to a race. 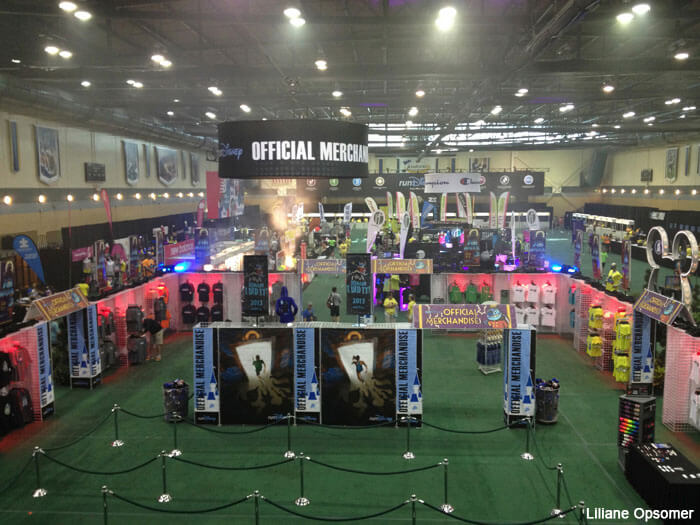 On Saturday morning at 7:30 a.m., the Happy Haunted 5K Trail Run at the ESPN Wide World of Sports Complex marked the beginning of the weekend races, and it was a real treat to see the Headless Horseman make a rare appearance. As I headed out to the EXPO to get my bib and check out the latest running gear, I reflected on the last months, the training runs, the setbacks (including an operation) and the fun times putting together my new Merida running costume. When at check-in I was bumped up two corrals due to my race time last month at the 10K in Disneyland in Anaheim, I was ecstatic. I loved the spacious layout of EXPO at the ESPN Center. 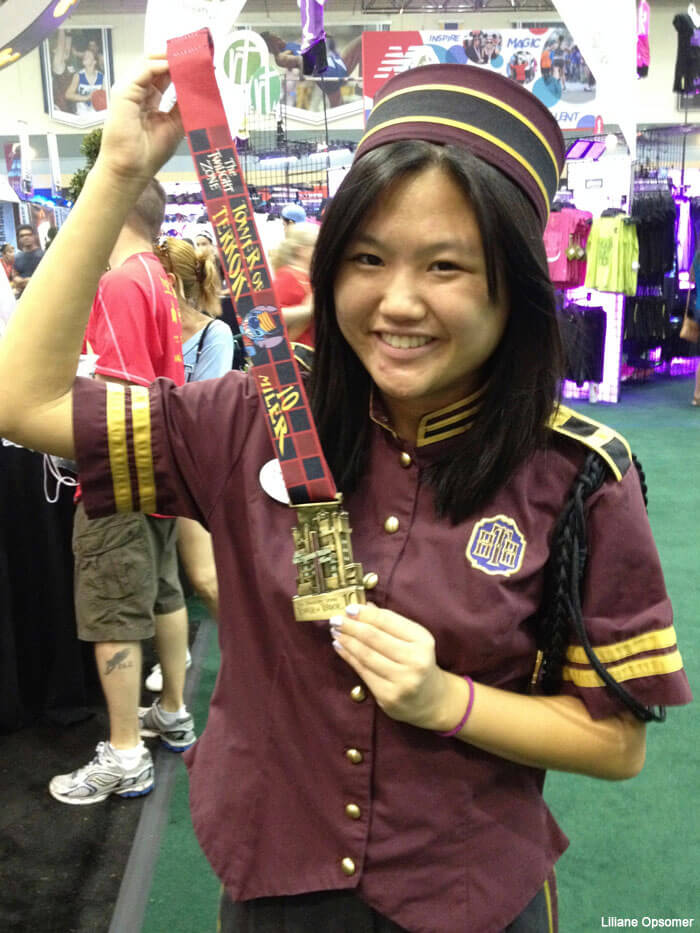 All cast members and sales staff were dressed in the outfits of The Haunted Mansion employees, and I started to get really excited for what would be my longest run ever. After signing up for race time notification, I set out shopping and of course got temped. I am not so much into limited-time merchandise, but I could not resist a Princess Merida-inspired running skirt from Sparkles and a matching “Princess Warrior” shirt from Raw Threads. My excuse for the splurge? There will always be another race and well, I needed it!

Soon it was time for lunch with an Animal Expert at Sanaa restaurant at the Disney's Animal Kingdom Lodge. Mental note for next race: An Indian-influenced meal is simply not what I should eat prior to a race. This being said, both the food and the experience were fabulous, look for my review next month. Back at my resort I prepared for the big event. Running gear and fanny pack complete with water, Shot Blocks, Aspirin, Biofreeze and a fully charged iPhone were ready to go. It was finally time to relax and take my pre-race nap. But no matter how hard I tried, and try I did, sleep would not come. Eventually I went for a swim and mercifully I managed to doze off for about half an hour in the warm Florida sun. 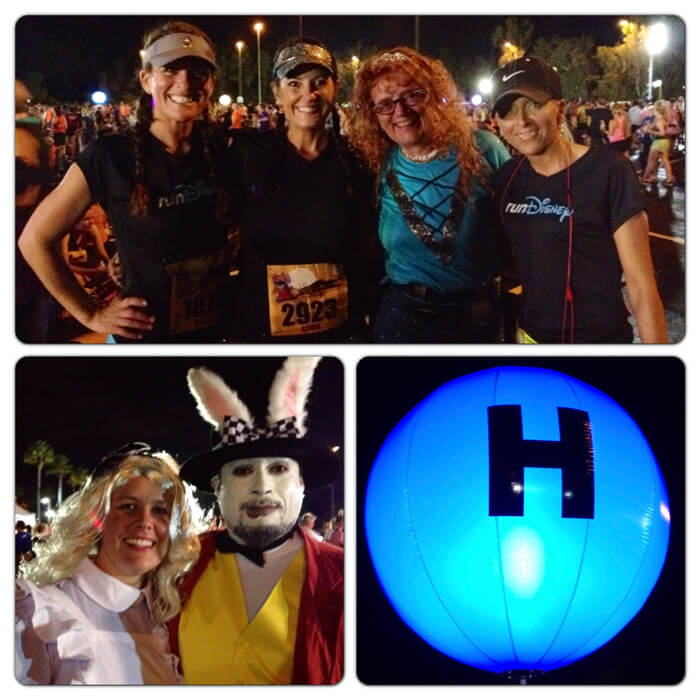 READY! SET! GO! At 7:30 p.m. I boarded the free bus that provides continuous transportation from the Disney Resort hotel to the start of the race. I love the excitement and the buzz at the starting line. Running buddies meet up, take pictures of each other in elaborate costumes and provide last-minute reassurances. The walk from our corrals to the start of the race went smoothly and after a performance of "The Star-Spangled Banner," we were sent off with fireworks. We ran through the Auto Plaza entrance to Disney’s Hollywood Studios, on to the Osceola Parkway where green lasers gave us the impression that we were entering The Twilight Zone.

The first two miles went by fast.  Along the route there was plenty of entertainment from the Wicked Witch from "Snow White and the Seven Dwarfs" to Gravediggers from "The Haunted Mansion." The organization really was flawless, there were plenty of water stations as well as volunteers directing runners and warning signs when the path was particularly uneven or dark. 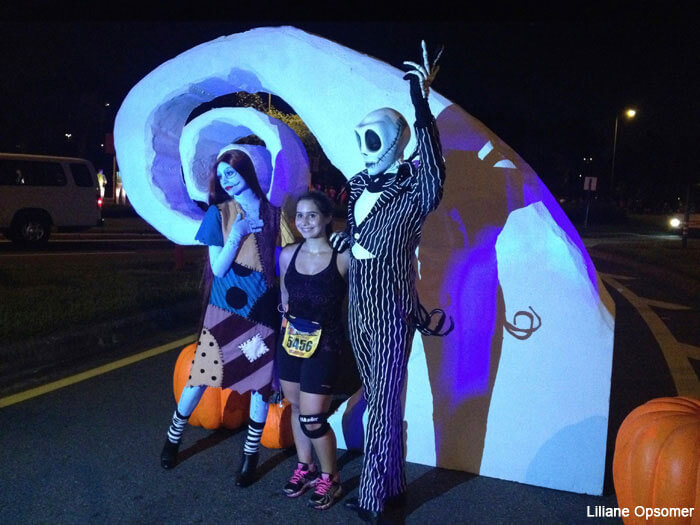 At mile 4 I felt hot and really regretted the spicy luncheon. The temperature was still around 75 degrees, with humidity at 85 percent. I remembered Jeff Galloway’s training instructions and slowed down but kept going.  I also took advantage of every water stop along the route. I would drink a cup and pour one over my head to cool down. At mile 6 I realized that I was not even thinking about the race and the heat anymore but that I rather found myself wondering where the next cool character would be lurking along the road. 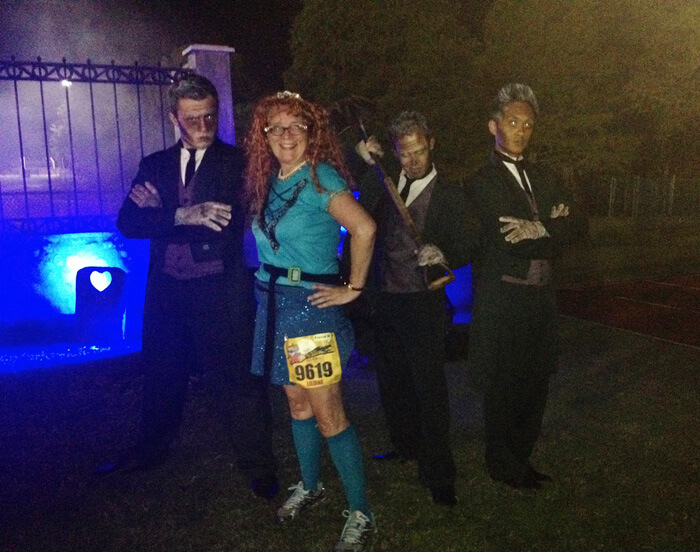 At mile 8, I remembered that I had not had dinner prior to the race and that next time I’ll do it all differently. When I spotted the Haunted Mansion Grave Diggers, I came to a full stop. While I had only stopped for pictures briefly to document my article I decided that this time nothing but a picture of the Gravediggers with truly yours would do. I joined the line and waited for my turn. This did, of course, cost me quite some minutes, but it was all worth it. 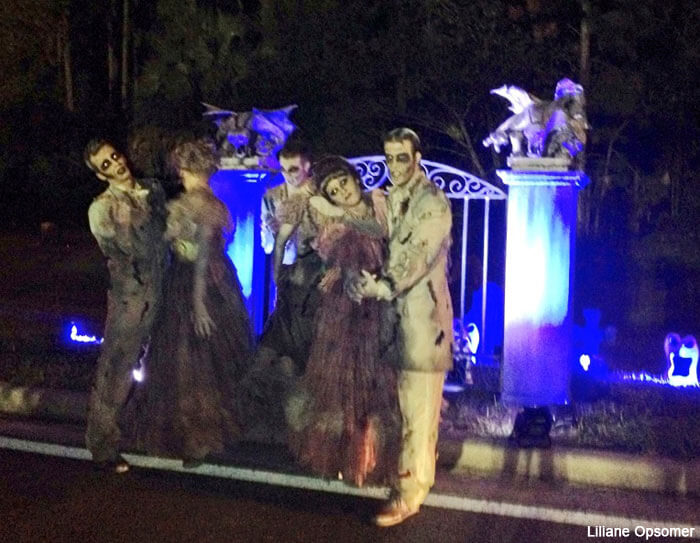 We ran past Disney's Animal Kingdom, through the ESPN complex and finally entered Disney's Hollywood Studios, where spectators lined the streets and cheered us on. It was a great feeling and at Mile 9 it occurred to me that I was about to join thousands of others and say “I Did It”. I forgot about my running pattern (3 minutes running, 1 minute walking) and kept going.  My final time was 2:18:54, not a personal record but certainly a good time all considered. 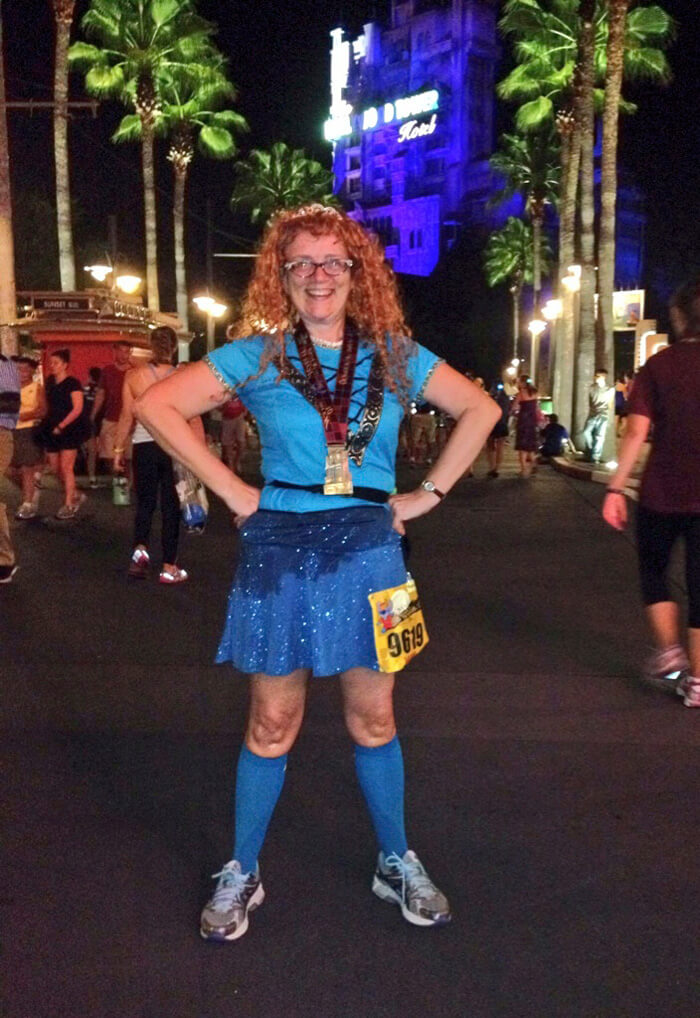 From about 11,000 participants at the start of the race about 9,400 crossed the finish line. The medical tent at the end of the race was very busy and due to the heat quite a few runners had to be treated for extreme heat exhaustion. 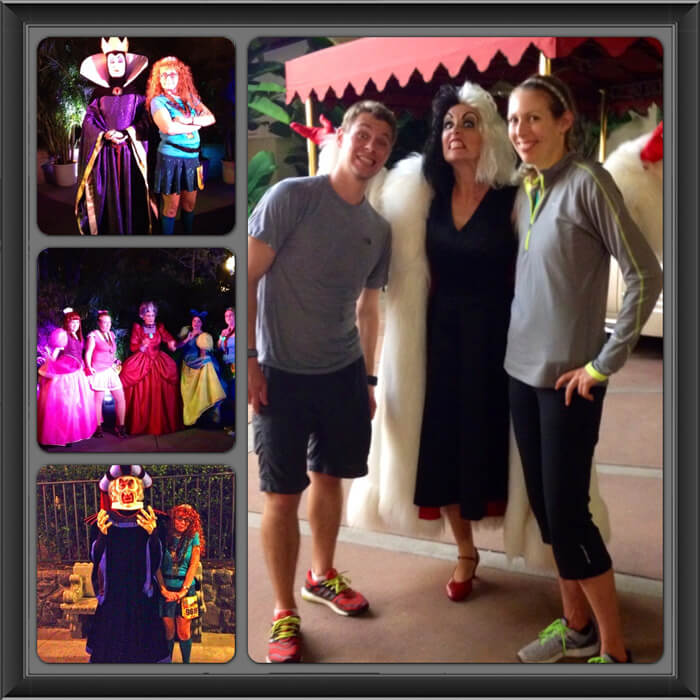 It had been a long day, but the night was young and I decided to take full advantage of the Villains Hollywood Bash at Disney's Hollywood Studios. Many of the most popular rides such as the Tower of Terror and the Rock 'n' Roller Coaster® Starring Aerosmith were up and running. There was great dance music in front of the Sorcerers Hat, and Villains were out in full force for picture ops.  Eventually it was time to call it a night and it occurred to me that after all a half marathon would only require 3.1 more miles … to be continued.

Related: Never Give Up On Your Dreams: The Magic of RunDisney