Schedule of Universal Orlando Resort Events in 2021 and 2022 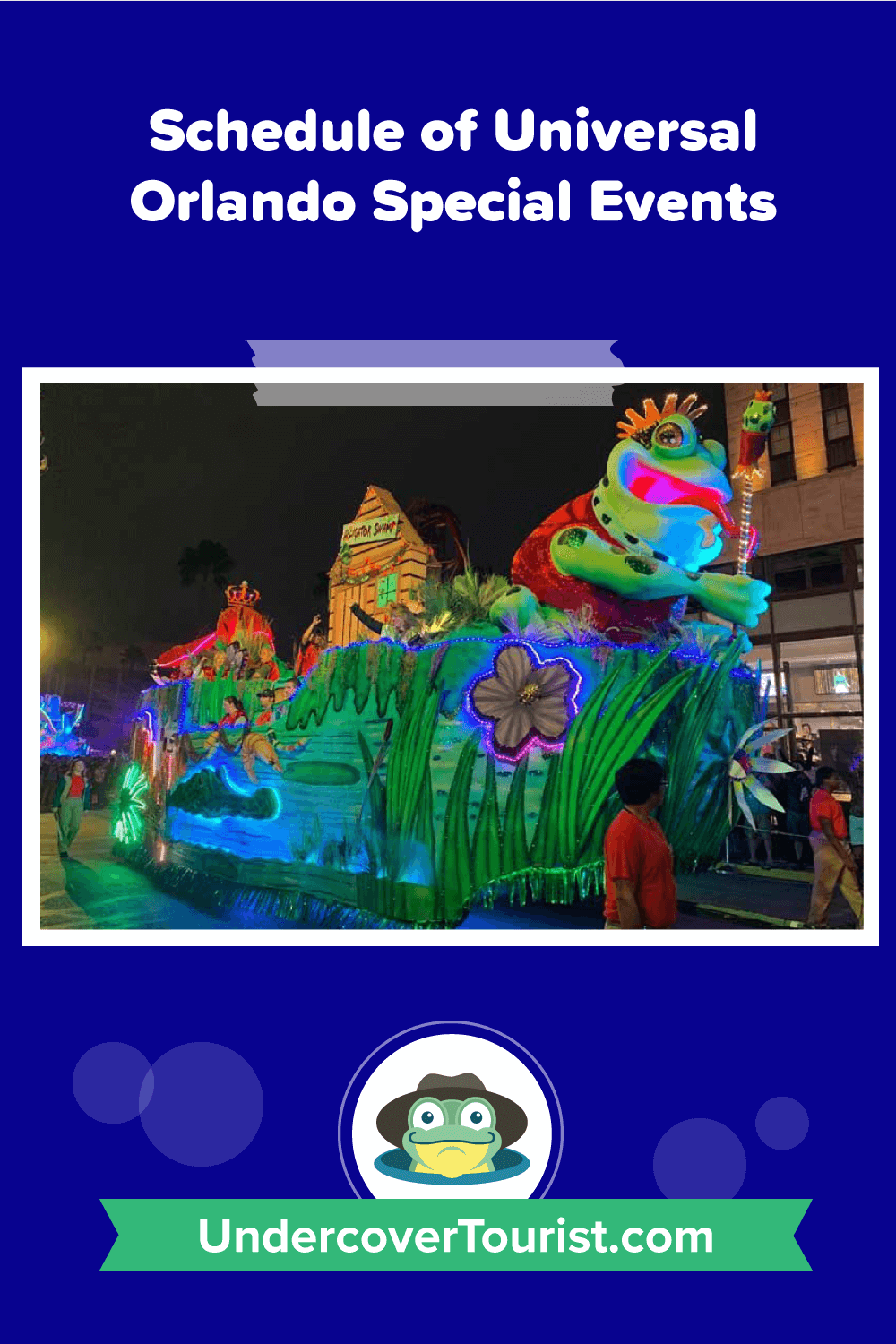 When it comes to putting on spectacular events, Universal Orlando Resort doesn't hold back. Universal Studios Florida has long been home to one of the nation's premier events — Halloween Horror Nights (which was canceled in 2020, but is planning its epic return for 2021 — with a few extra screams and scares for its 30th anniversary!).

If scary isn't your style, you'll find other year-round, family-friendly Universal Orlando events such as Mardi Gras and Christmas in The Wizarding World of Harry Potter! Our frog family leaps at the chance to experience as many of the annual events as we can, and we know yours will too!

You'll find all of the Universal Orlando events listed on our Crowd Calendar, which is the easiest way to see the best times to visit. Note: These Universal Orlando Resort events appear in the order that they are held throughout the year. We don't yet have confirmed dates for all of the events, but we'll be adding them to this page as soon as they become available!

Complete Guide to Universal Orlando Resort Events in 2021 and Beyond

Universal Orlando Resort hosted its first-ever Epic Character Race 5K and 10K weekend in 2020. We ran through the theme parks, met our favorite characters along the way and earned a toadally awesome medal! Check out our review of the first race weekend at Universal Orlando. No future races have been announced quite yet, but we're hopful there are more to come in 2021! 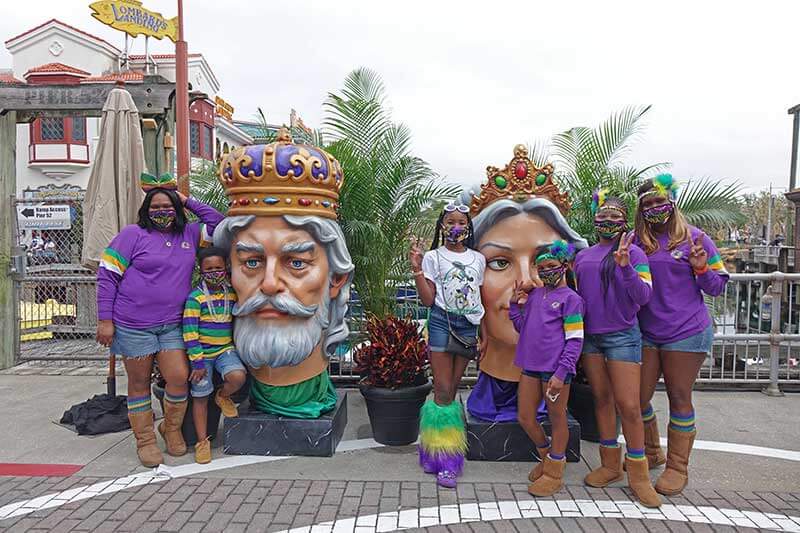 This Universal Orlando rite of passage takes place each spring on select dates at Universal Studios. Highlights of this family-friendly event include the Mardi Gras parade through the park and live concerts. With flashy floats created by Kern Studios, the company that has created Mardi Gras floats in New Orleans since 1947, this event is as authentic as it gets (while still remaining kid-friendly)! You can check out authentic New Orleans bands. Plus there are Universal Studios concerts from big names in rock, pop, country and more! There is always plenty of Cajun food and drinks to fill you up too. Check out our tips for Mardi Gras at Universal Studios so you can start planning for next year's event (if you haven't already hopped there this year!). The 2021 event has been extended twice so that the good times can keep rollin'! 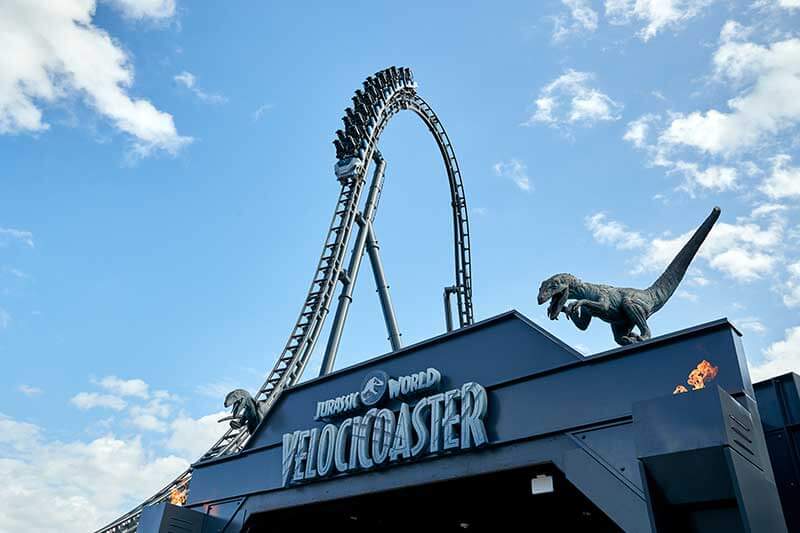 OK, so it's not an event, per se, but the all-new VelociCoaster will open June 10! Enter the raptor paddock, if you dare, and join the hunt with Blue and the other velociraptors in this thrilling, high-speed coaster at Universal's Islands of Adventure. You'll soar, twist and dive over the water — as Samuel L. Jackson would say, "hold onto your butts!" Annual Passholder previews are taking place now.

We celebrated Fourth of July at Universal Studios Florida with our favorite Universal characters in 2019. Festivities kicked off at the Music Plaza at 5 p.m. with DJ M-Squared spinning top tunes and live music from Raydio. Characters and stilt walkers joined the dance party and showed off their moves. The pyrotechnics display took place over the Music Plaza once the sun went down. We even got food and drinks delivered right to us on the lawn from the Classic Monster Cafe across the way! We ended the night by watching Universal Orlando’s Cinematic Celebration in Central Park.

Universal Orlando has not announced its return for 2021 yet, but we've got our best red and blue garb at the ready.

The biggest Universal Studios Florida event of the year is held on select nights every fall. For horror fans, and those of you who just like to be scared, Halloween Horror Nights is not to be missed! The park is transformed from a bubbly theme park into a place of terror. "Scare zones" are set up while creatures roam about. Think you're safe? Ha! You might just find a zombie breathing down your neck. The big lure of the night is the movie set-quality haunted houses themed around popular TV shows, classic and current films and sometimes even video games. Halloween Horror Nights is returning in 2021 in a big way for its 30th anniversary — we can't wait! The first house announced for 2021 is Beetlejuice ... Beetlejuice ... Beetlejuice!

This event is not intended for children and is a separately ticketed event. In fact, you'll probably need our Halloween Horror Nights guide just to make it through the night. Tickets go on sale a few months before the event begins, and we highly recommend buying tickets in advance!

Prepare yourself for Halloween Horror Nights with this video from the Revenge of the Tooth Fairy house, which appeared last fall as part of Universal Orlando's Halloween festivities. 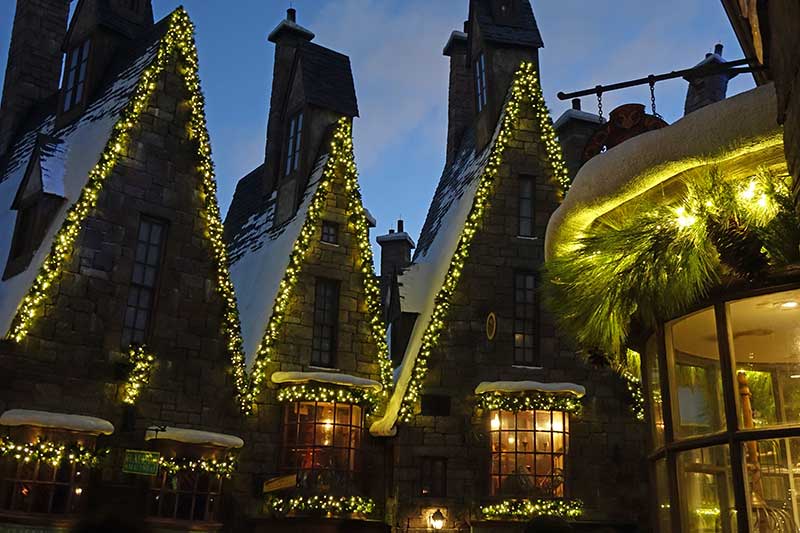 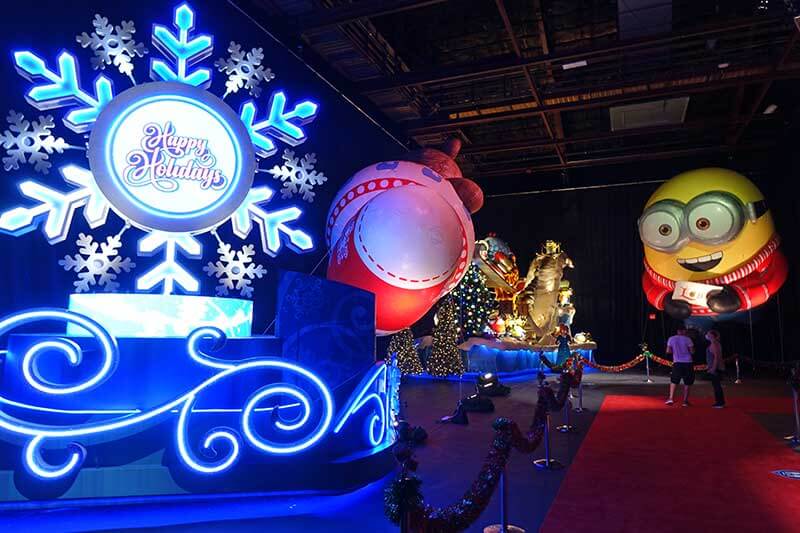 Universal's Holiday Parade featuring Macy's debuted at Universal Studios Florida in 2017. A re-imagining of the park's long-running Macy's Holiday Parade, this extravaganza features Dreamworks favorites. During the parade, guests see the Minions, Shrek, "Madagascar" characters and more. Santa also attends so he can light up the New York Christmas tree! The experience was modified in 2020, offering a walk-through experience to get up close and personal with the famous Macy's balloons and floats rather than the traditional parade to maintain social distancing. Santa was there too! There was an all-new Holiday Character Celebration to catch a glimpse of your favorite characters getting in the holiday spirit in 2020, as well. We're looking forward to what Christmas 2021 will bring! 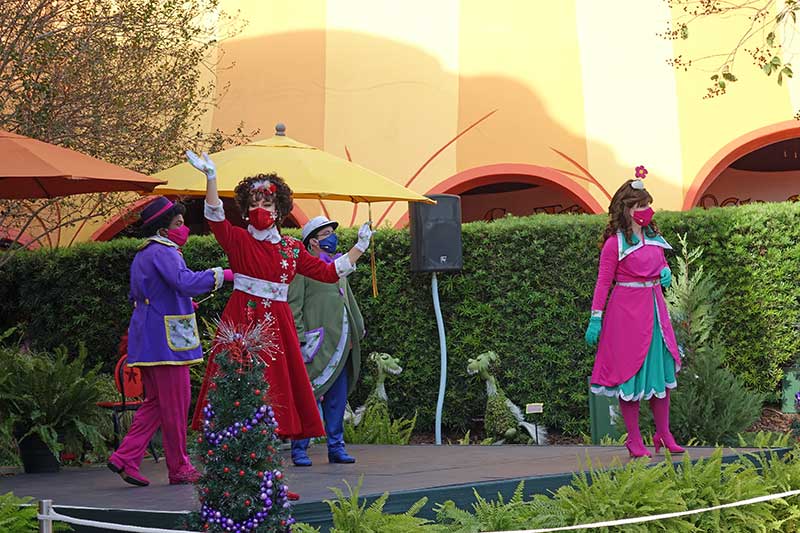 For those of you who love the Grinch, there is no finer time to visit Universal's Islands of Adventure than during Grinchmas. Seuss Landing is transformed into the wonderful world of Grinchmas with the heartwarming live show, "Grinchmas Wholiday Spectacular." The show features some of your favorite Grinch characters. It's also set to music recorded by Mannheim Steamroller. While the show did not take place in 2020, the Grinch and various Whos were out and about in Seuss Landing to give holiday greetings from a safe distance!

During normal years, guests can get up close and personal with the Grinch himself for pictures or autographs. You can even have breakfast with him! The Grinch & Friends Character Breakfast occurs on select mornings and is a dining experience that requires a reservation booked in advance. Grinchmas, however, is included with regular park admission.

A separately ticketed special event, Rock the Universe is Florida's biggest Christian music festival. Universal moved the dates of this event from September to February for 2019, and it will once again return January 2022 (the 2021 event was canceled). Universal Studios Florida closes at 6 p.m. for the event, but guests with concert tickets are able to enter the park starting at 4 p.m. The 2020 Friday lineup included performances from Switchfoot, Newsboys United, Tenth Avenue North, Tauren Wells and Tedashii and The Afters, and the Saturday lineup included performances from Chris Tomlin, TobyMac, Bethel Music, We Are Messengers, Unspoken and I Am They.

We wanted to provide you this complete guide to Universal Orlando Events in 2021 and 2022 because the Universal Studios concerts, parties, festivals and events are some of the best reasons to visit! You will find more resources and tips for planning your Universal Orlando Resort trip inside our Orlando Planning Guide.

Are you planning on hopping to Universal Orlando Resort this year? Which Universal Orlando events in 2021 and beyond are you most looking forward to attending? Be sure to stop by the comments to tell us below! 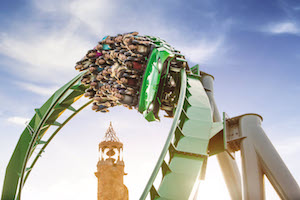 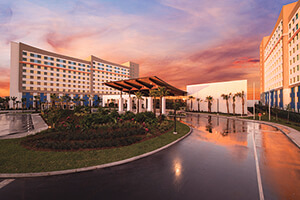 Leave a Comment
Sort:  Newest to Oldest Oldest to Newest
1–50 of 1515 comments