With the launch of MagicBand+ at Walt Disney World Resort, guests can use their high-tech wristband for lots of exciting features and interactive experiences. Our favorite would have to be Star Wars: Batuu Bounty Hunters in Star Wars: Galaxy's Edge. Use your MagicBand+ to collect virtual bounties in this fun scavenger hunt for all ages! We hopped all around Black Spire Outpost to try out this new experience. Read on for more information on Star Wars: Batuu Bounty Hunters! 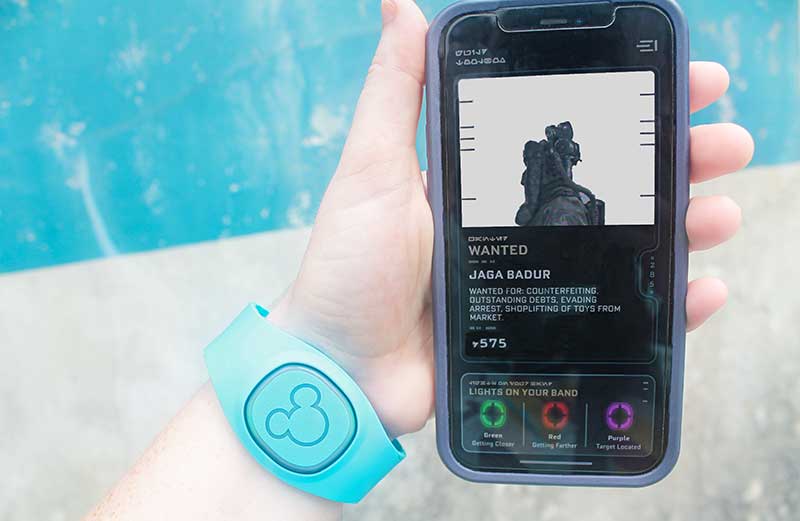 Batuu Bounty Hunters is a location-based experience and only occurs while in Star Wars: Galaxy's Edge at Disney's Hollywood Studios. A MagicBand+ is required to participate (unfrogtunately, it is not compatible with the regular MagicBands). You can purchase a MagicBand+ at all four theme parks, Disney Springs and select resort shops. We got ours at Celebrity 5 & 10 near the entrance to Hollywood Studios.

How to Play Batuu Bounty Hunters 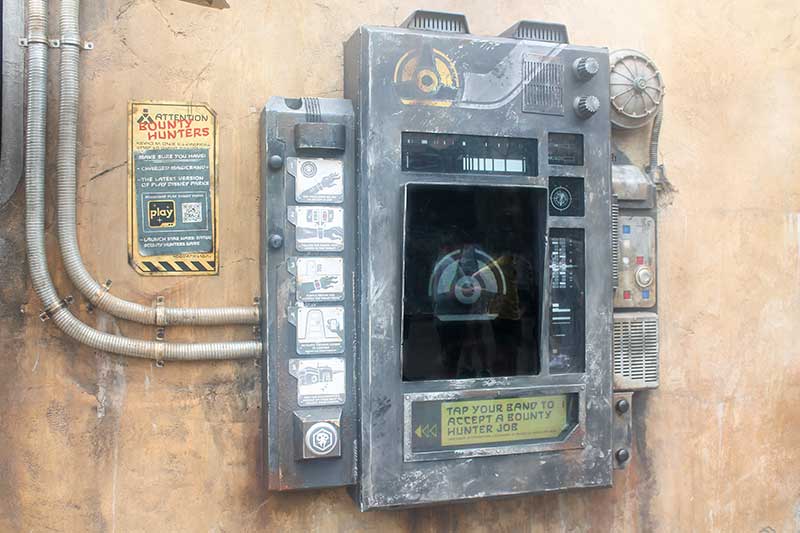 Head over to the Bounty Board in Star Wars: Galaxy's Edge, located between Droid Depot and the Market. Be sure to have the Play Disney Parks app open and select the Batuu Bounty Hunters game. Tap your band on the lower left touchpoint to begin. Your first bounty will have a special intro explaining how to get started. 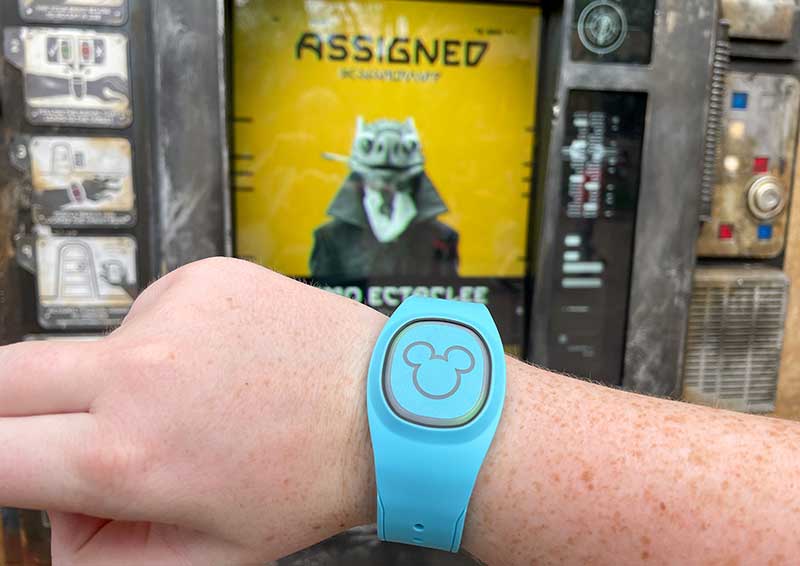 You'll then receive a picture of the creature you are seeking and the amount of credits you can earn. Now you're ready to start searching! 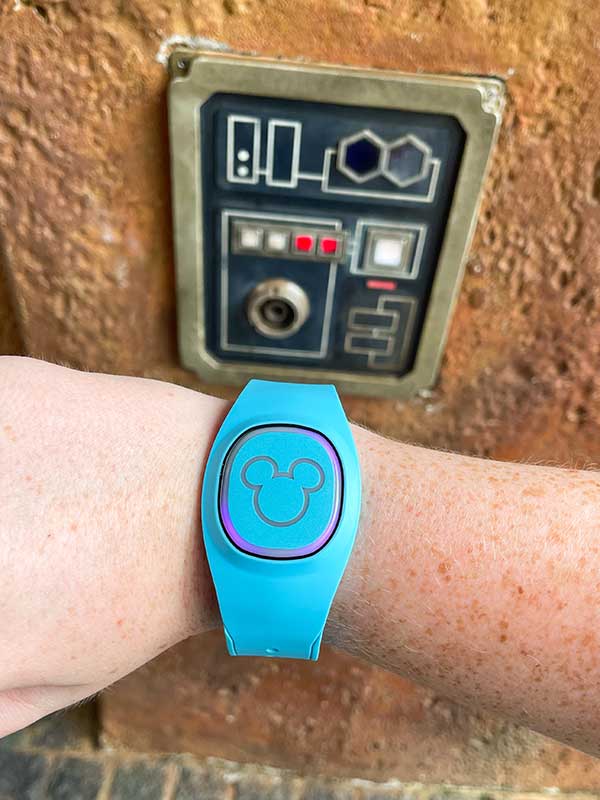 You'll be looking for the small panels next to doors throughout Galaxy's Edge. All of the possible locations are within the "city" portion of Black Spire Outpost, so no need to go near the outskirts by Rise of the Resistance.

Once your band is purple, open up the Play Disney Parks app to use the thermal scanner to reveal the bounty behind the door. This is a fun augmented reality effect, but not necessary to complete the quest. Once it turns purple, you've collected that bounty and may head back toward the starting board. 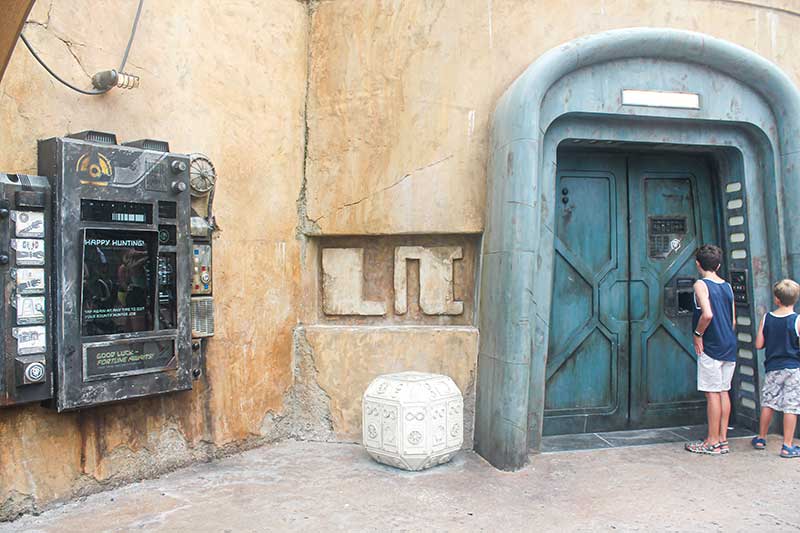 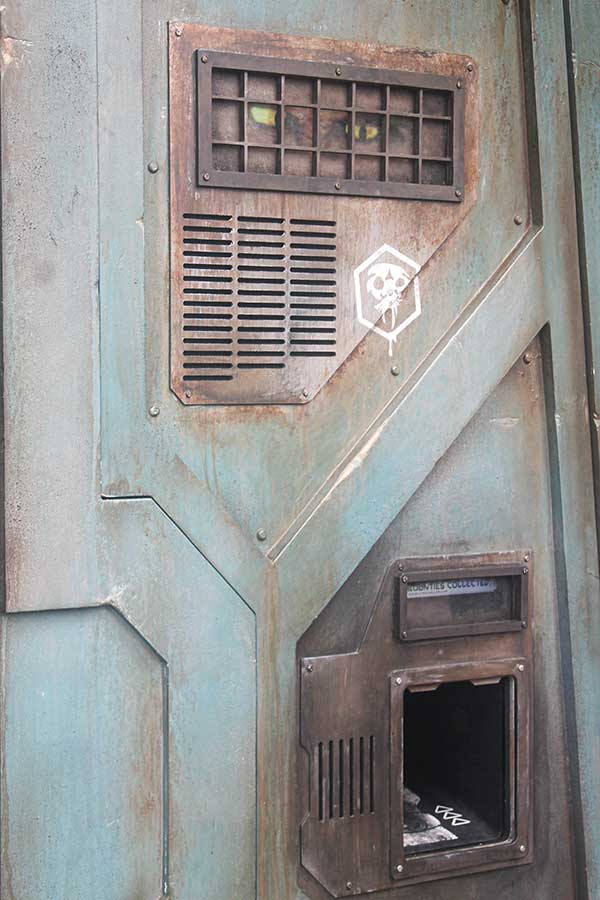 To collect your credits, you'll actually head to the doorway to the right of the board.

Here, you'll place the hand with your MagicBand+ to be scanned. (From our observations, you have to be wearing the band and not just holding it out for the scan to work.) The local guild master Raga Bua greets you and rewards you with galactic credits. Congrats — you're officially a bounty hunter! (Note that the credits do not actually count toward any Earth money, but you can have fun racking them up!)

Since there is only one way to get bounties and one way to collect credits, be prepared to wait in line for either. The neat thing was, Tad and I kept seeing the same fellow bounty hunters around. We felt like we were in a cool secret club!

You can continue to get new bounties by heading back to the starting board and tapping your band. If need be, you can go back and cancel your bounty job. There are no consequences for this and you can return at any point to get another bounty.

There are 20 bounties in total, each with different number of credits. We did five over the course of a few hours once we got the hang of it, so we think three to ten are a reasonable amount you would want to do in a day. Of course, you could toadally complete it in one day if you wish, but it is a lot of walking around and somewhat repetitive actions, so we think it would be best done over different days. 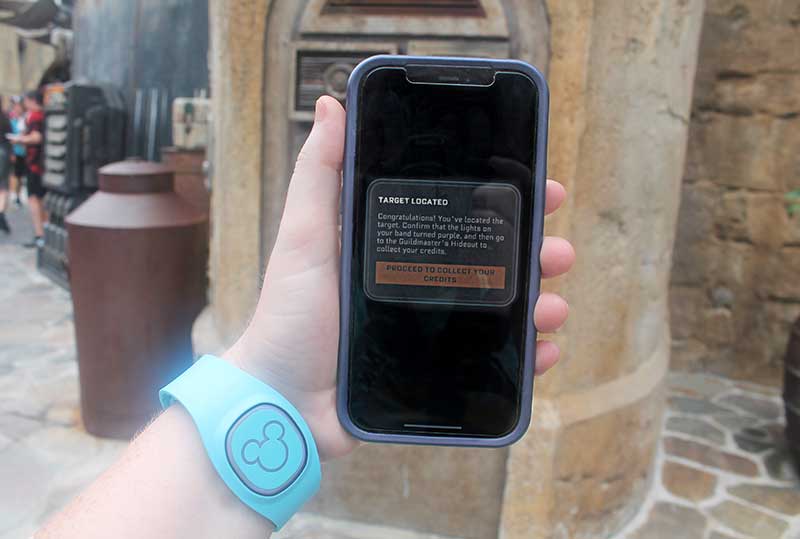 Here are some things that we learned after testing out Batuu Bounty Hunters:

We really enjoyed this experience and hope more activities like this are added in the future! Batuu Bounty Hunters is great for all ages — Tad and I had a blast, and even Flora and Lily did a bounty with us before splitting off to ride Alien Swirling Saucers nearby in Toy Story Land. Flora said I was like a kid in a candy store, but hey, I finally got to be a bounty hunter in Star Wars!

Have you tried Batuu Bounty Hunters yet? Let us know in the comments below!

Related: Your Complete Guide to MagicBand+ at Disney World

Related: Adventure Is Out There with the Wilderness Explorers at Disney's Animal Kingdom