When we visit the Disney parks, we go with a budget that accounts for some souvenirs.  It's pretty easy to stick to these days, but when my kids were small it was tough. They wanted everything and quickly learned how to be a little more choosey. One of the biggest hurdles was anything that lit up at night.  As if the place wasn't magical enough, when things start to glow it's Disney at its finest. I'm here to show you how you can make your own Mickey glow ears for less than three bucks. Budget and magic intact!

Here's How to Make Your Own Mickey Glow Ears

You'll need a plastic headband (1/4 - 1/2" wide), a package of glow stick bracelets (at least 4), a roll of black electrical tape (found at any hardware or home improvement store) and a glue gun.  I spent $.79 on the headband, $1 on the glow sticks and $.97 for the electrical tape.  That means I could make one of these for $2.76, which includes an extra set of glow sticks and plenty of tape left over. 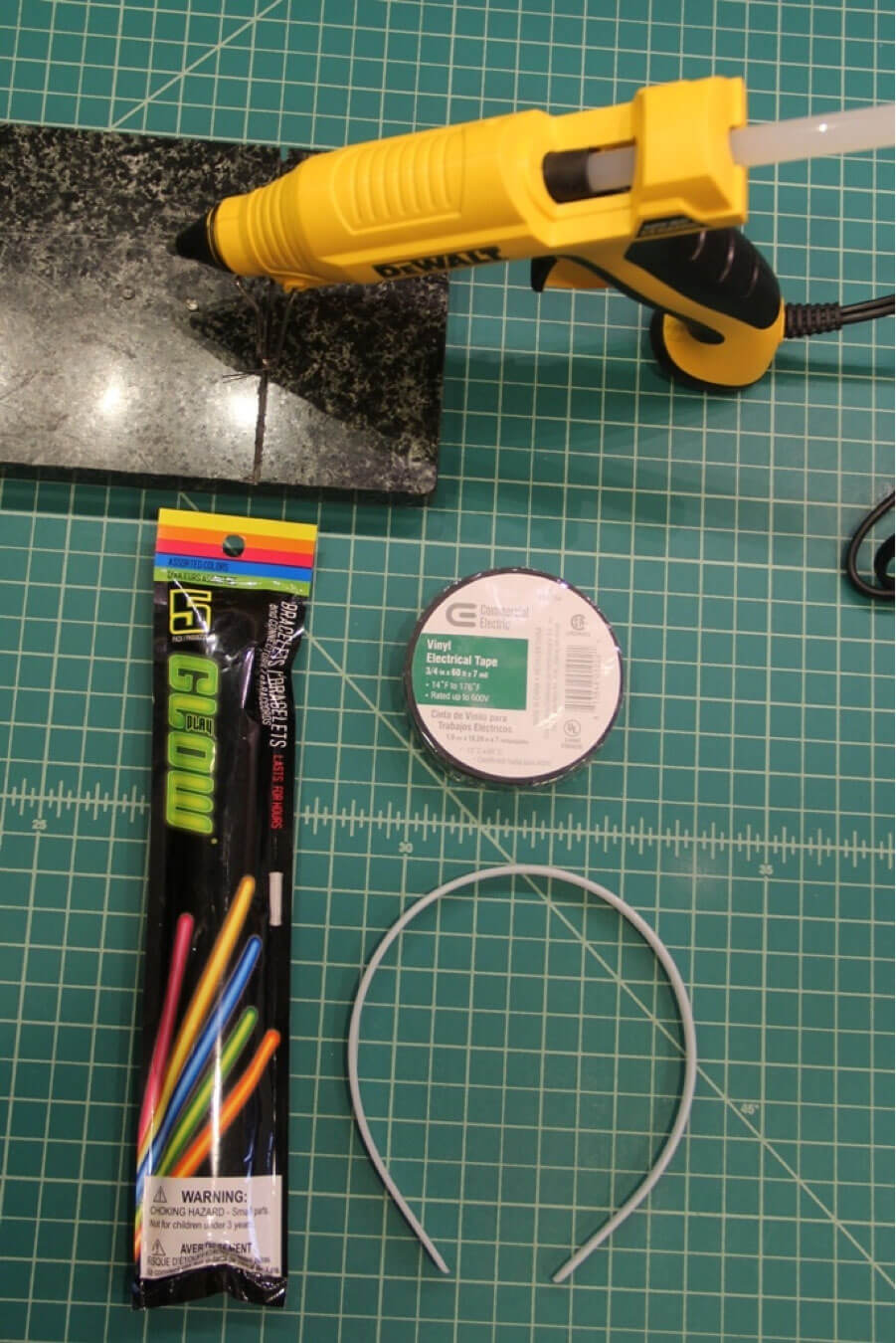 Remove four of the small tubes used for connecting the ends of the glow sticks from the package.  Cut one end of each at a 45 degree angle.

Measure 1" from the middle of the headband and make a mark on both sides.  Hot glue one of the tubes on the spot with the point facing downward.  Go heavy on the glue. 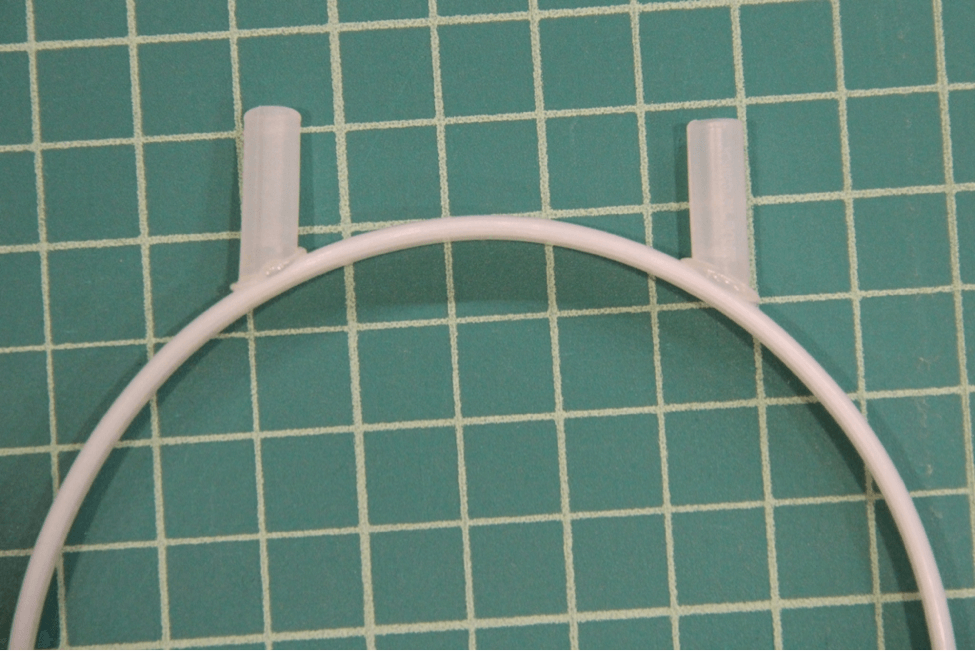 Make a mark 1 1/2" from the center of each tube.  Glue the other tube at that spot with the points facing upward.  Allow the glue to cool completely. 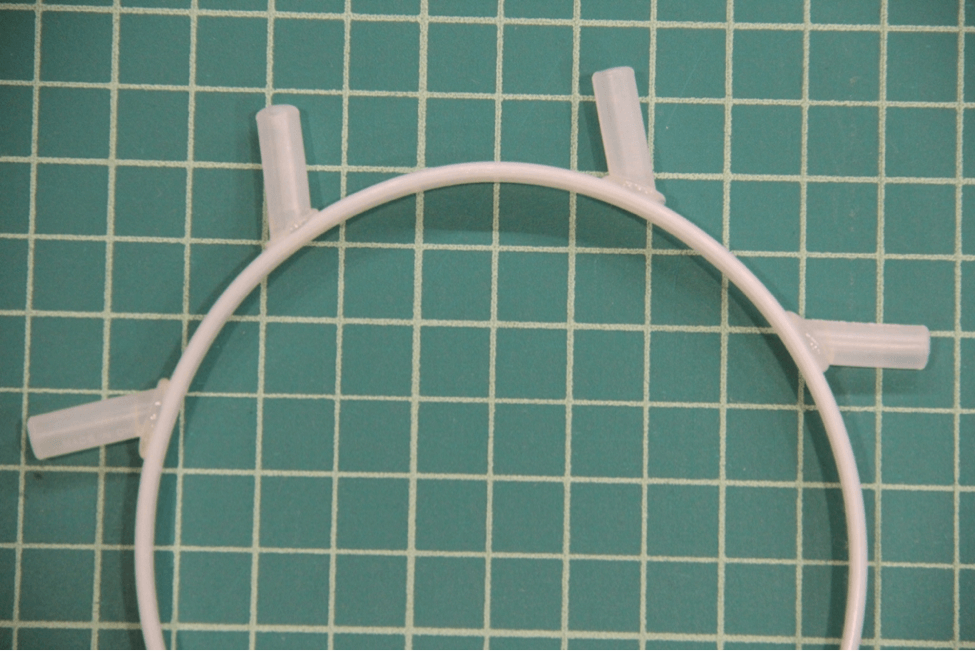 Starting from the bottom of the headband on one side, begin wrapping with the electrical tape.  Start just past the end and fold the end up so subsequent wraps cover it.  Hold the tape at an angle and stretch it slightly as you go.  Pull it gently around the tube ends. 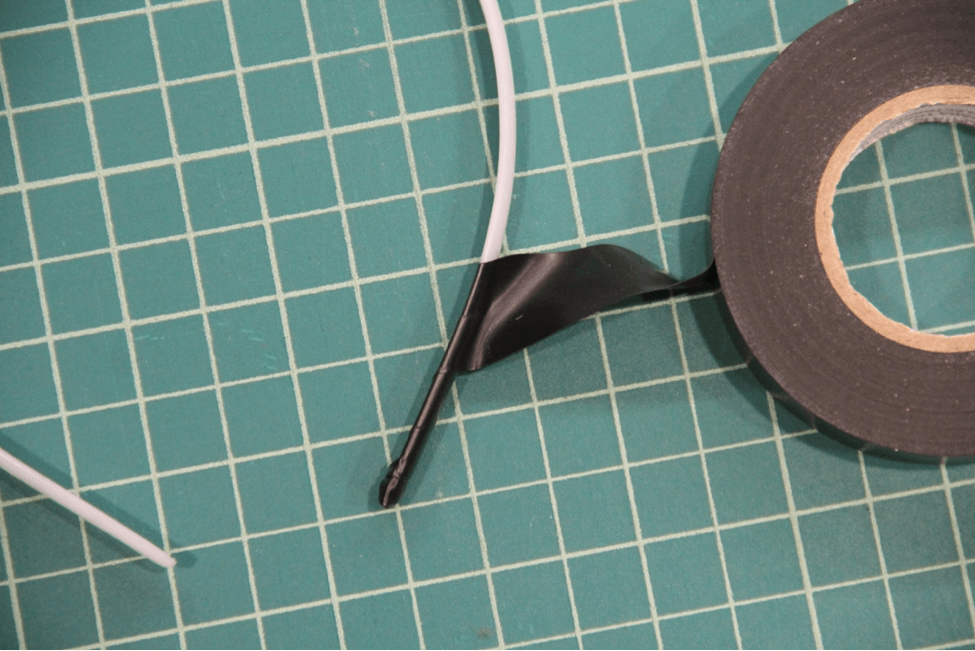 Cut off shorter pieces and wrap each individual tube. 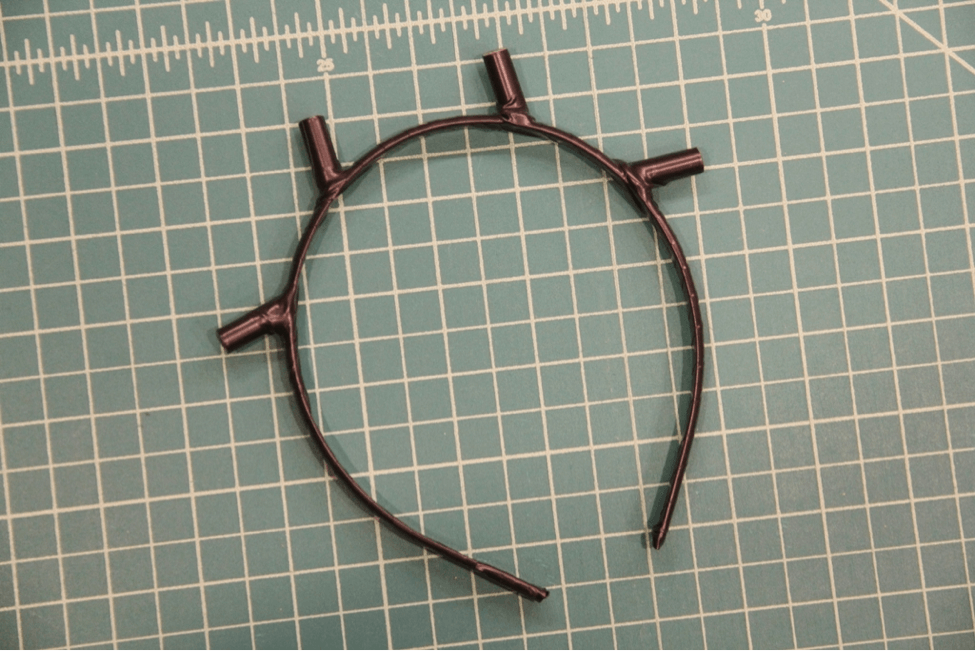 Slide a glow stick bracelet end into each tube.  When it needs to be replaced, carefully remove the used glow sticks and insert new ones.  Mine stayed put well, but you might want to throw in the leftover electrical tape in case you need to secure a tube. 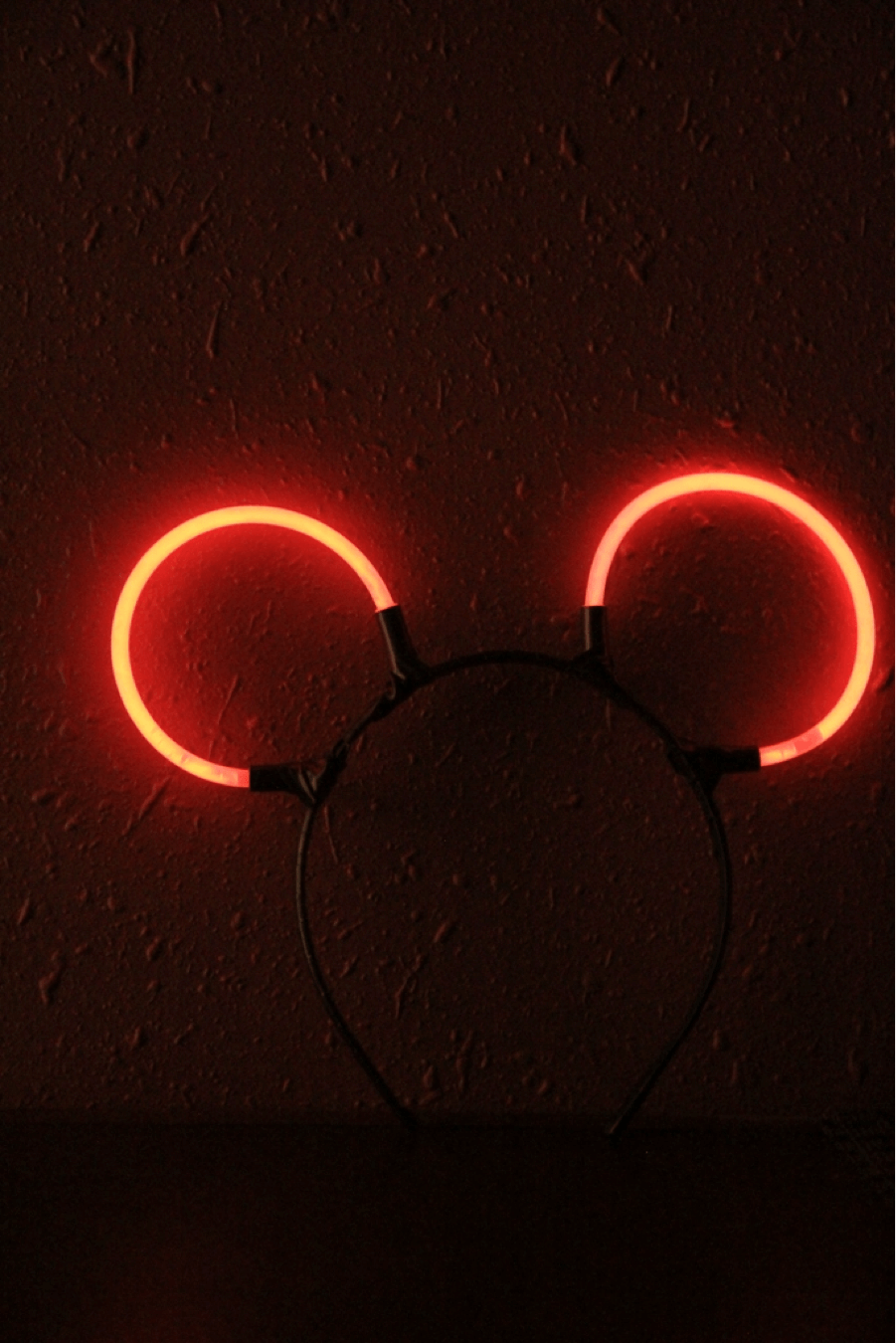 Now you can spend your light-up Mickey ears savings on something else in the park — churros, anyone?

We hope you've enjoyed this tutorial for make your own Mickey glow ear! Check out all of our Disney crafts before your next trip or just to bring a little more everyday magic to your life!

Staci has been sewing and crafting for as long as she can remember.  If there’s a technique she hasn’t tried, it’s probably on her wish list.  At her blog, Crafty Staci, she shares beginner-friendly craft and sewing tutorials, simple recipes and her successful, and sometimes not-so-successful, attempts at expressing her own creativity. In addition to her blog, you can find Staci at Facebook, Pinterest, Twitter and Instagram.