Disney is always creating magical new experiences for its guests, trying new technology, or updating shows and attractions. Today, we wanted to bring you a rundown of some of what's happening this fall at the Walt Disney World Resort. We'll start with the most recent — and biggest — announcement about the Sorcerer's Hat at Disney's Hollywood Studios and also touch on some of the changes at Epcot and the lunchtime dining situation at Be Our Guest. 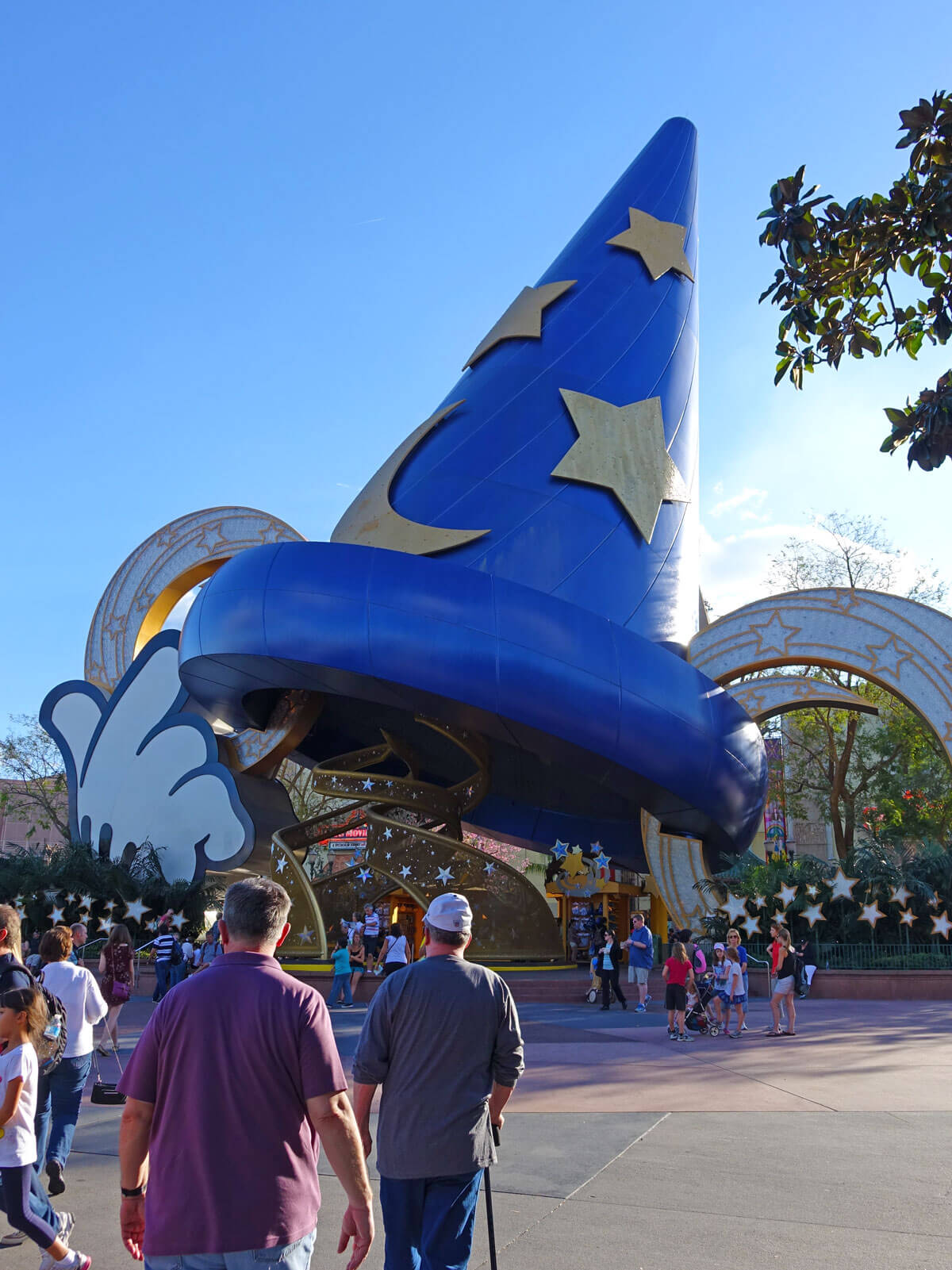 Goodbye to the Sorcerer's Hat at Disney's Hollywood Studios

Hollywood Studios closed the doors to the American Idol Experience, wrapped production on the Studio Backlot Tour, and now Disney has confirmed The Legend of Captain Jack Sparrow will also be taking its last voyage on November 6, 2014. It seems a major overhaul of Disney’s Hollywood Studios is on the horizon as large sections of the park are being closed or refurbished in the coming months. A reimagining of the central hub of Hollywood Studios will see the removal of the Sorcerer’s Hat in early 2015, restoring the original view of Hollywood Boulevard. The pin station housed beneath the Sorcerer’s Hat, one of the largest in Walt Disney World, will be closing as well with no word yet if it will reopen in a new location. Although it is sad to say goodbye to the Sorcerer's Hat and classic attractions, there is always the promise of exciting new experiences to come.

Sometimes saying hello to the new means saying goodbye to the old. Earlier this fall, Disney fans bid farewell to the classic Maelstrom attraction in the Norway pavilion of Epcot’s World Showcase to make way for a Frozen themed attraction coming in 2016. 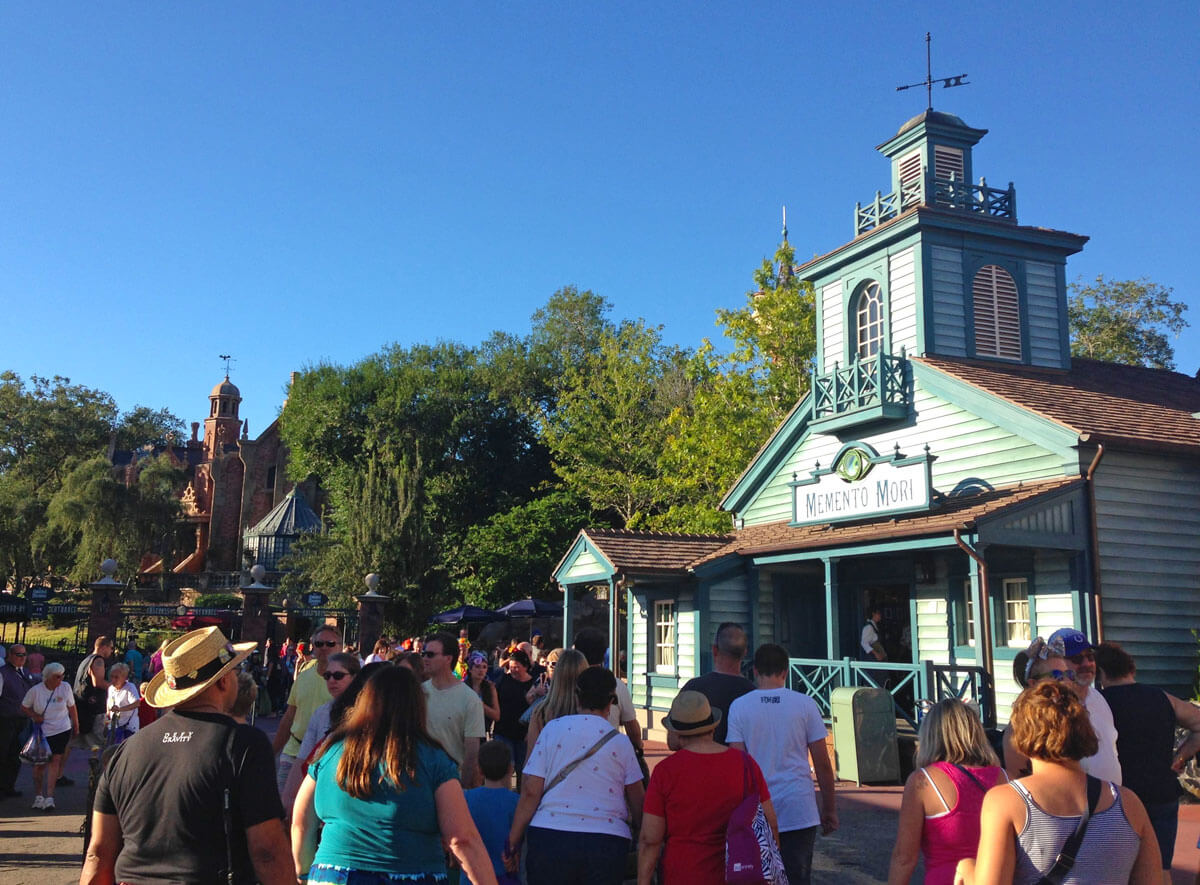 A new addition to Liberty Square has corporealized near the Haunted Mansion. The new gift shop, Memento Mori, features housewares, apparel and jewelry inspired by the home of the 999 happy haunts. 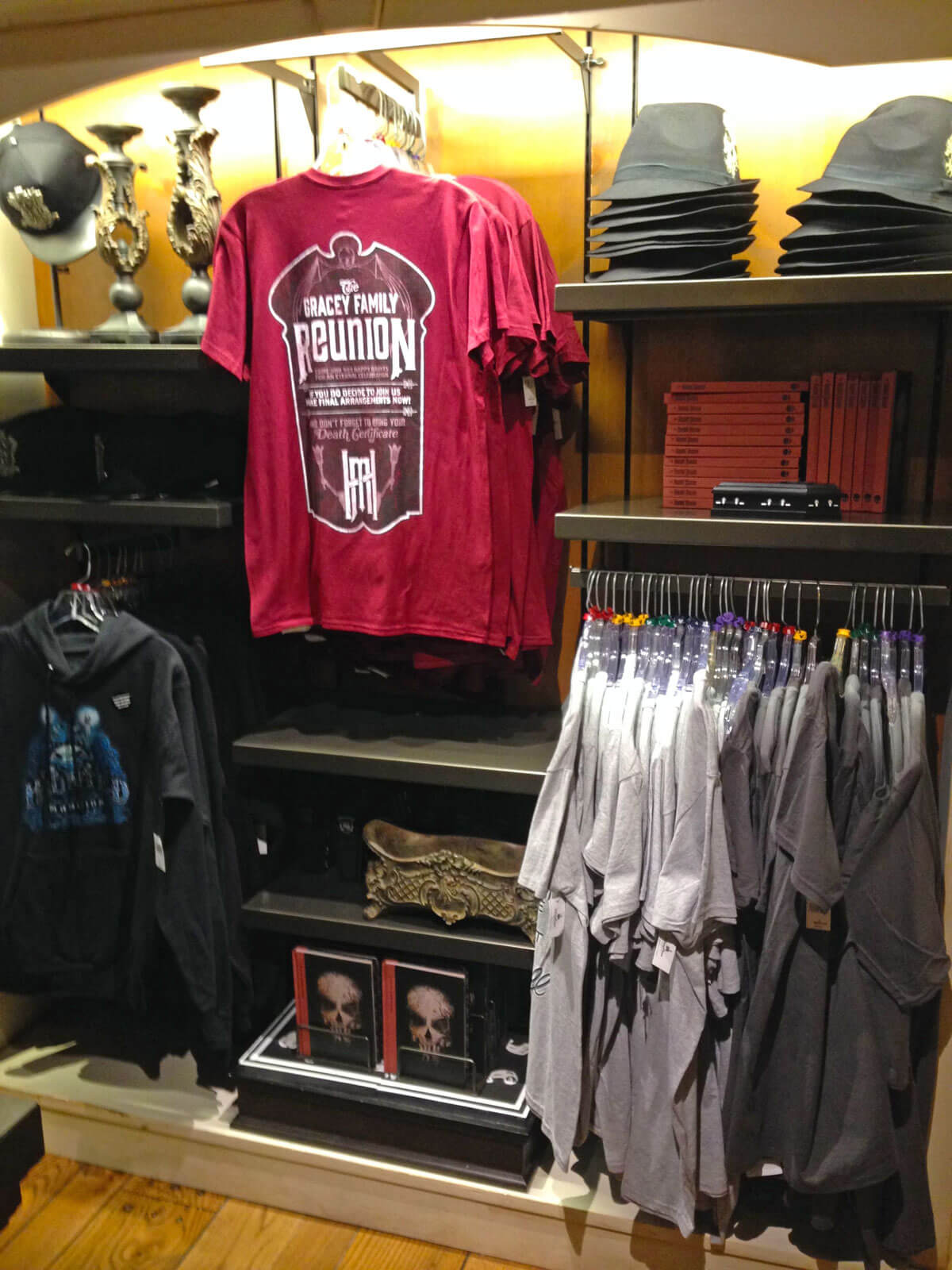 The spirit of Madame Leota invites guests to have their portraits taken and reveals their ghostly sides. Portraits can be purchased for $19.95. Keep an eye out for Madame Leota, as she sometimes materializes and makes her presence known throughout the shop.

Fastpass+ and Be Our Guest

Visitors to the Magic Kingdom hoping to dine at Be Our Guest had better have a FastPass+ reservation or be willing to spend their morning waiting in line to obtain a return ticket for lunch at the extremely popular restaurant. Rumors have run rampant that lunch is now Fast Pass+ only, which is not true. While there still is a stand-by line, there are a limited number of return time tickets available to stand-by guests and are distributed on a first-come, first-served basis. So, if guests are not willing to wait in line for the chance at a return time, they should definitely try to make a FastPass+ reservation if they wish to dine at Be Our Guest during their visit. Lunch is served from 10:30 a.m. until 2:30 p.m.; however, the stand-by line for return tickets opens with the park. 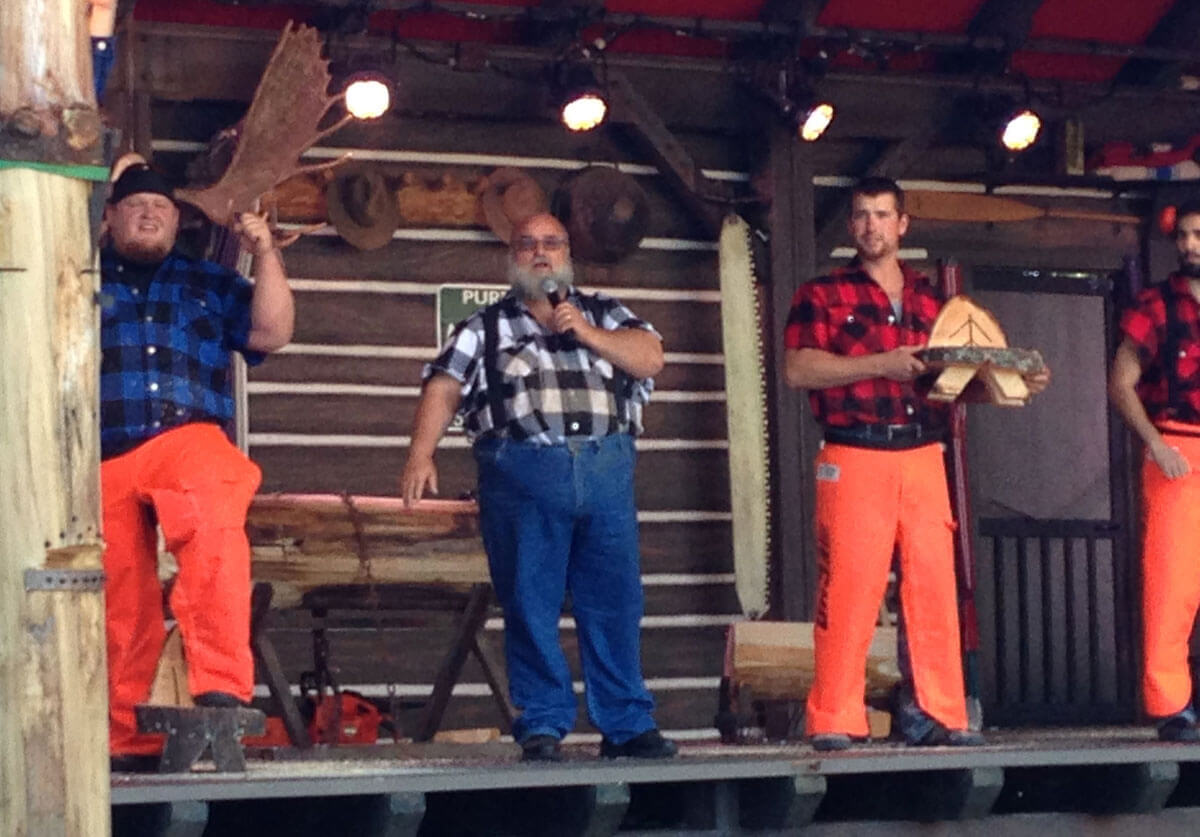 Epcot welcomed two new performances to the World Showcase this fall. The Canadian Lumberjack Show occupies the stage once home to Celtic-rock band Off-kilter, and the Sbandieratori Di Sansepolcro flag corps has replaced the comedic Ziti sisters in the Italy pavilion.

The Canadian Lumberjack Show debuted in early October. The 20-minute show pits a red team against a blue team of two skilled lumberjacks in competitive axe-throwing, crosscut sawing, wood carving with chainsaws, and other events like speed cutting and the standing block chop as tie breaker events. These feats of strength and skill are highlighted by the jovial host with comedic interludes, a history lesson and words about the importance of environmental responsibility. The trees used in the show are mulched for use in the parks, and three new trees are planted for each one that is cut down. 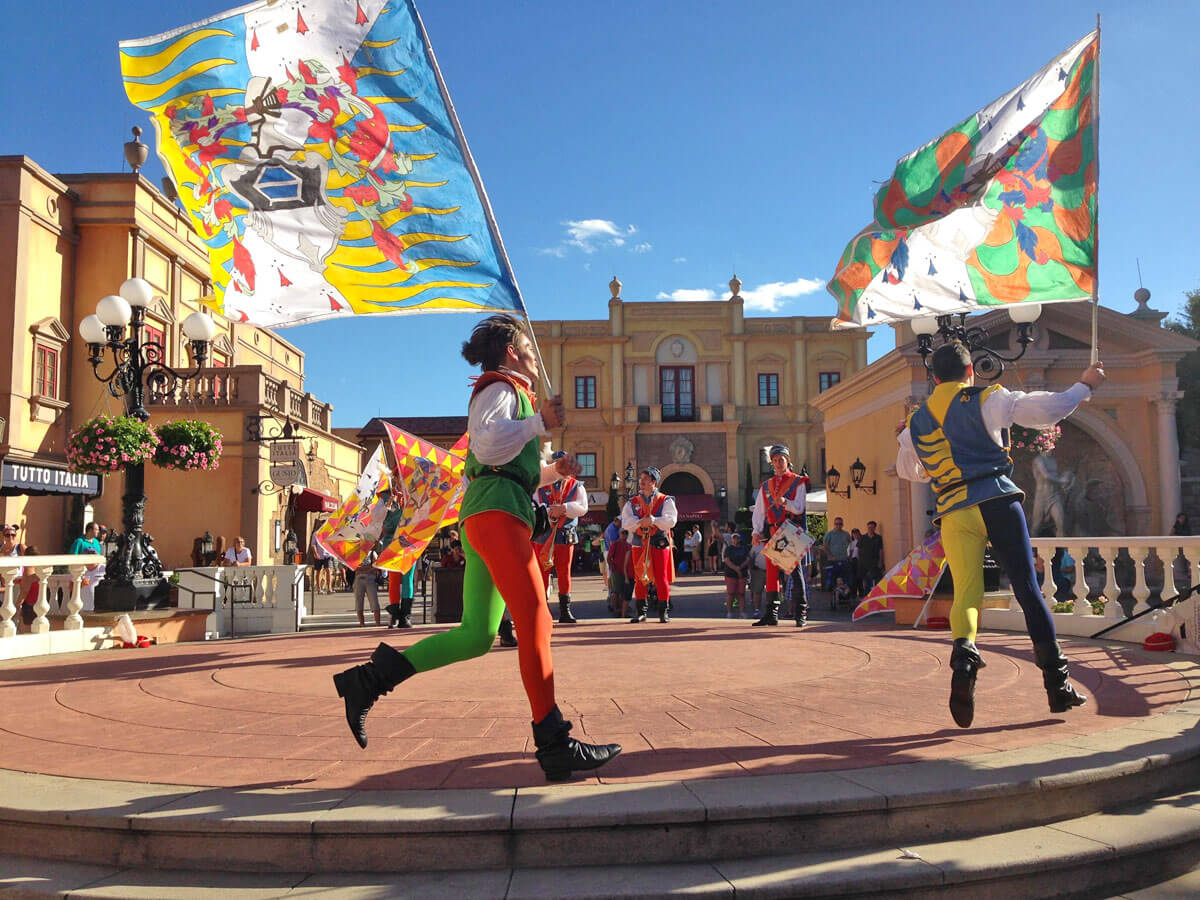 The 10-minute flag demonstration by Sbandieratori Di Sansepolcro is a spectacle in the plaza at the center of the Italy pavilion. This colorful performance is an amazing demonstration of skill and precision as daring twirlers delight audiences with their incredible timing and talent. Performances take place throughout the day; check the weekly times guide for showtimes and park information.

While some Disney World fans, no doubt, have been upset about the end of many of these longtime park staples, others are excited about the new attractions and entertainment offerings that are headed our way! We welcome your thoughts about the changes. Share them in comments below!

Brittany is a lifelong Disney fan and freelance writer, focusing mainly on food and travel tips for the Central Florida area theme parks. Her work has appeared on DisDining.com and Examiner.com. She is best described as an adventure-seeking nerd who loves good food and a good read.