'Glow with the Show' Ears Are Coming to Disney World 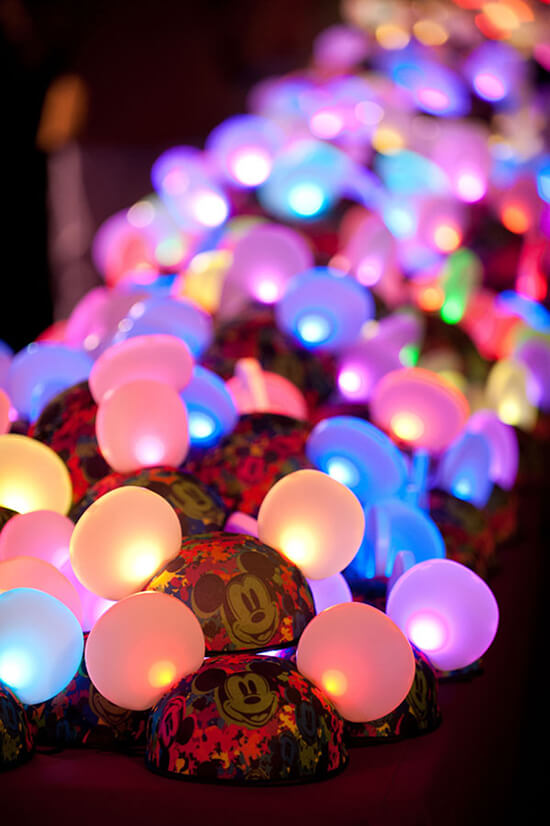 Get ready to glow! A little more than a year after being introduced at Disneyland Resort, "Glow with the Show" Ears are coming to the Walt Disney World Resort this fall.

These interactive, color-changing Mickey Ear Hats are made to light up and synchronize with the corresponding entertainment experience. They will make their debut at Disney's Hollywood Studios during Fantasmic! on October 15, which just happens to be the 15th anniversary of the nighttime spectacular. Shortly thereafter they will become part of "Wishes" fireworks show and "Celebrate the Magic," both at Magic Kingdom Park. During the holiday season, guests will be able to glow during The Osborne Family Spectacle of Dancing Lights and Holiday Wishes: Celebrate the Spirit of the Season.

The hats are available at select locations throughout Magic Kingdom and Disney’s Hollywood Studios for $25. If you already own a pair of "Glow with the Show" Ears that you picked up at Disneyland, never fear, they will work at Disney World too!

Who's ready to glow with the show? Will you be buying a pair of the interactive mouse ears?

Related: What's Coming to the Theme Parks in 2013