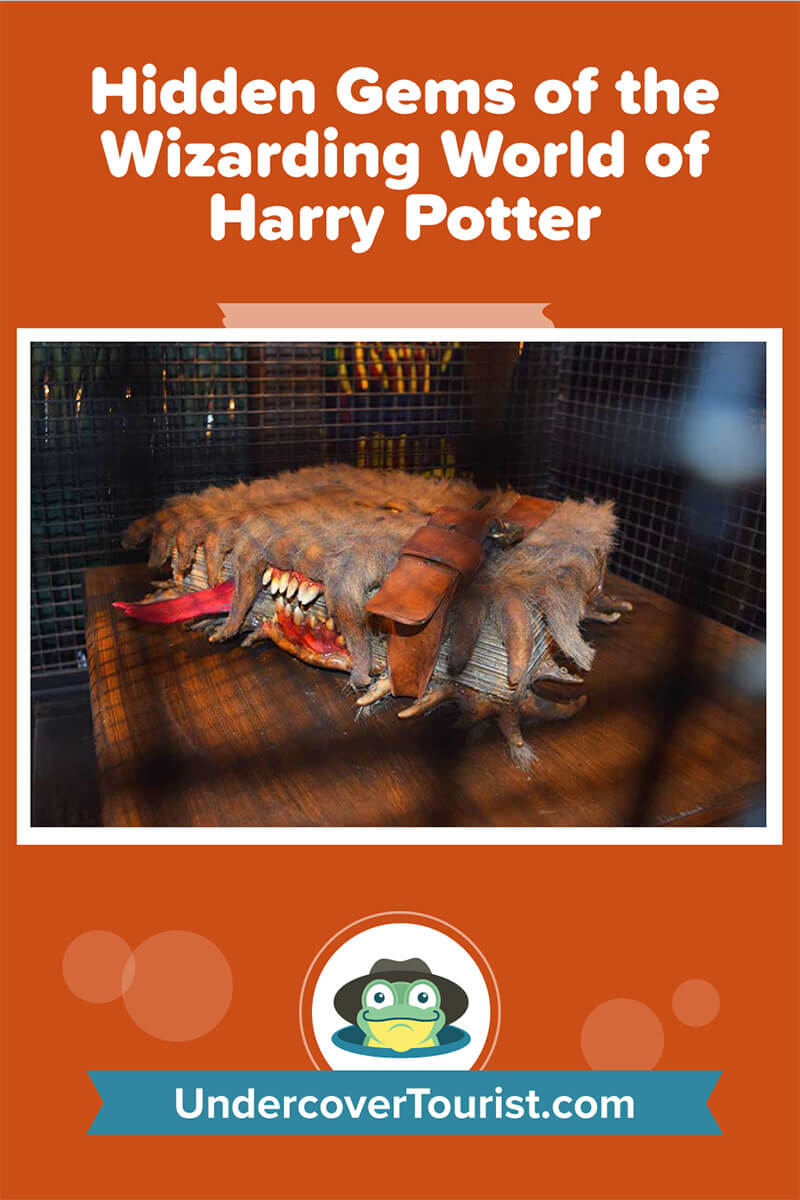 'Sup! Tad here, the family photographer and videographer and über Harry Potter fan. Our frog family gets pretty hopping excited when we visit The Wizarding World of Harry Potter. We are such huge fans of the books and movies. We dress in our wizard robes and cast spells with our interactive wands. My little sister, Lily, is a little young for the series, but she’s all in for the chance to dress up, do magic and eat Chocolate Frogs and Fudge Flies. Mommy Frog, my dad, Leap, and I enjoy all of the toadally cool details and hidden gems of The Wizarding World of Harry Potter at Universal Studios Hollywood. Here are the deets on a few of our favorites.

There are so many cool things to see and explore in Hogmeade, but these hidden gems of The Wizarding World of Harry Potter are the little details that create an authentic and immersive experience. These details are fun for anyone to discover! But fans of the books and movies may especially get excited to find them. 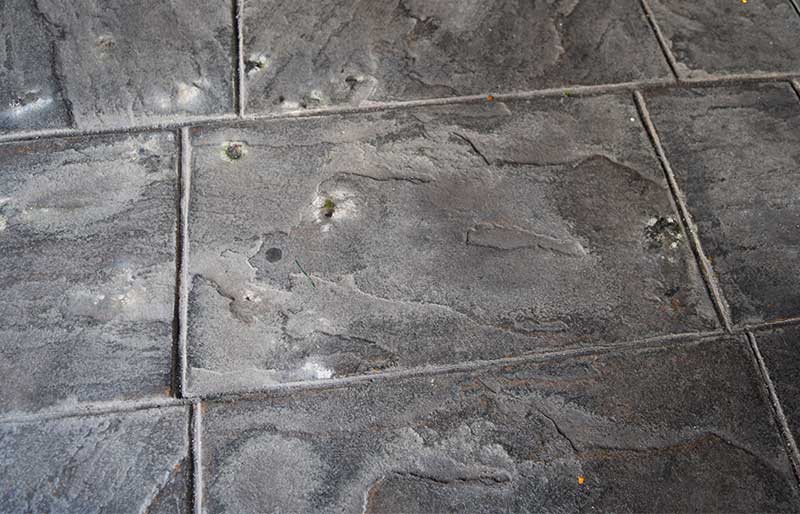 Yes, you read that right. When you walk under the covered area next to Owl Post, look up. You’ll see several owls waiting to be called to deliver mail and packages. (That’s how wizarding folk send things to each other.) Then, look on the ground under the owls. Yep. Owl poop. All over the place. It's not real, but those details, and the moss on walls, really transport you to an old, magical English village. 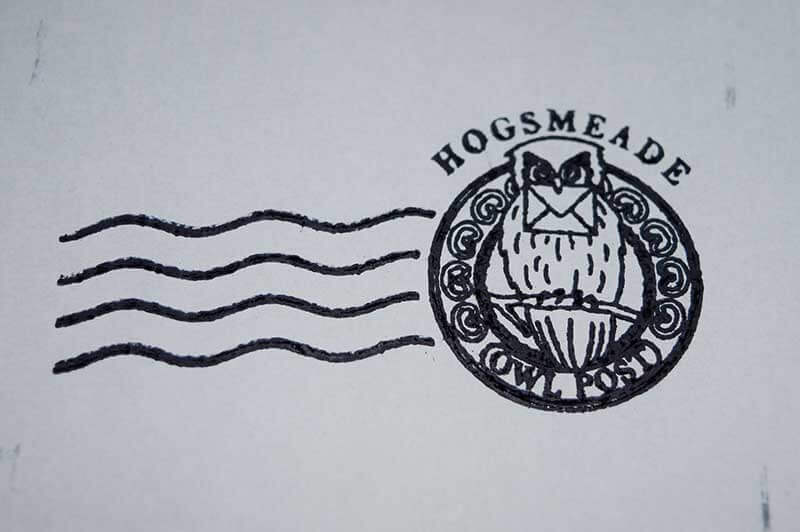 Let’s say you want to send postcards or letter to your friends and family back home via Owl Post. There's no text or email in The Wizarding World, BTW, so letters are important ways to communicate over distance. You can purchase postcards and stamps and get your letters stamped from Hogsmeade! Toadally cool! Now if you could just get an owl to actually deliver the mail ... 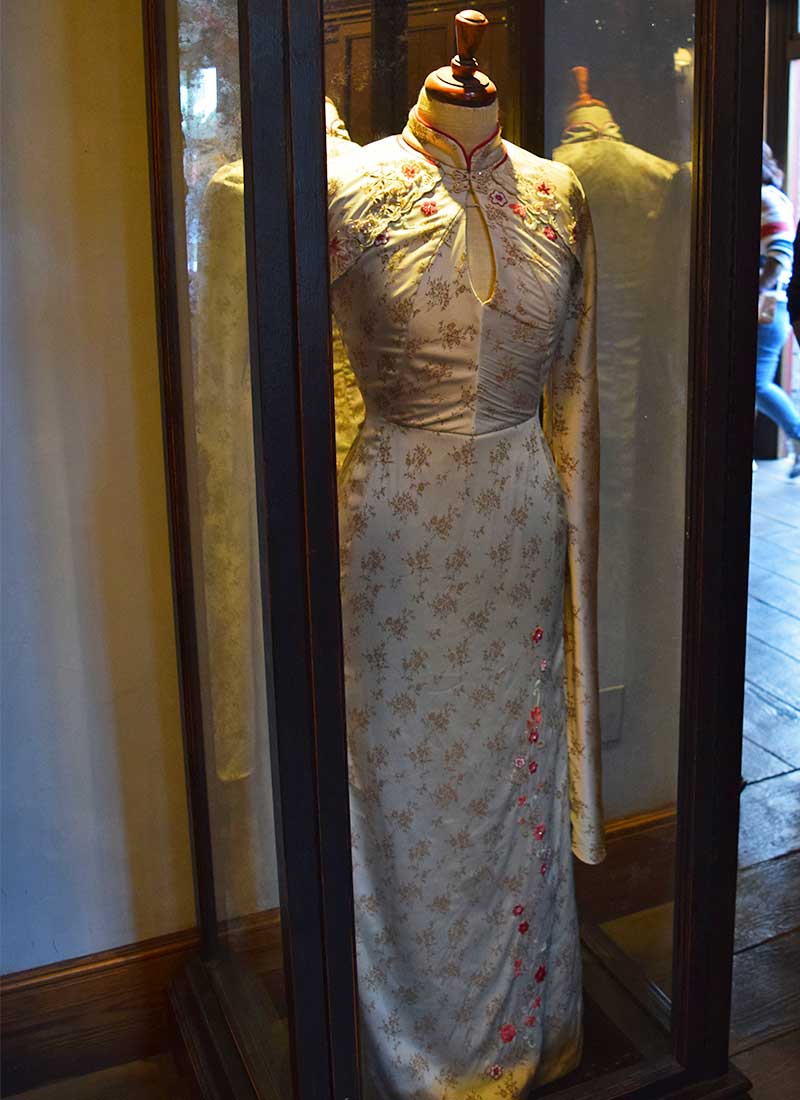 Props and Replicas of Items from the Movies

Inside Gladrags, you can find the three actual dresses worn by characters Cho Chang, Ginny Weasley and Fleur Delacour at the Yule Ball In “Harry Potter and the Goblet of Fire.” (The one above is Cho Chang's dress!) Cast your eyes upward when you visit to find the other two. Another item from the movies to look out for is the blue Ford Anglia. This was the enchanted flying car that Ron and Harry used to fly back to Hogwarts. It does move about the park, as enchanted cars are known to do. We last saw it outside a store closer to the park entrance.

Moaning Myrtle in the Restrooms

Hop into the Public Conveniences, otherwise know as restrooms. You’ll hear a girl’s voice. That’s Moaning Myrtle. She's a ghost who haunts the bathroom. You can learn all about her and why she’s there in “Harry Potter and the Chamber of Secrets.” Just around the corner from the restrooms is Gringott’s Bank Automated Teller Machine. You can get your American dollars for souvenir spending money there, as well. ;) 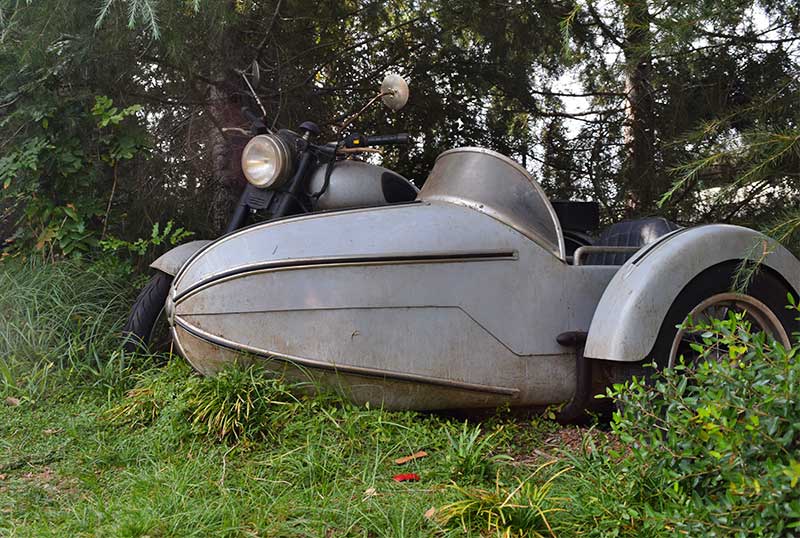 We know you are in a hurry to board the Flight of the Hippogriff coaster, but slow down. The queue takes you past a motorcycle and sidecar that once belonged to Sirius Black before he gave it to Hagrid. It’s parked beside Hagrid’s hut. (Hagrid is the half-giant gamekeeper at Hogwarts.) If you stop and listen, you can hear his dog, Fang, barking and Hagrid’s voice calling out. 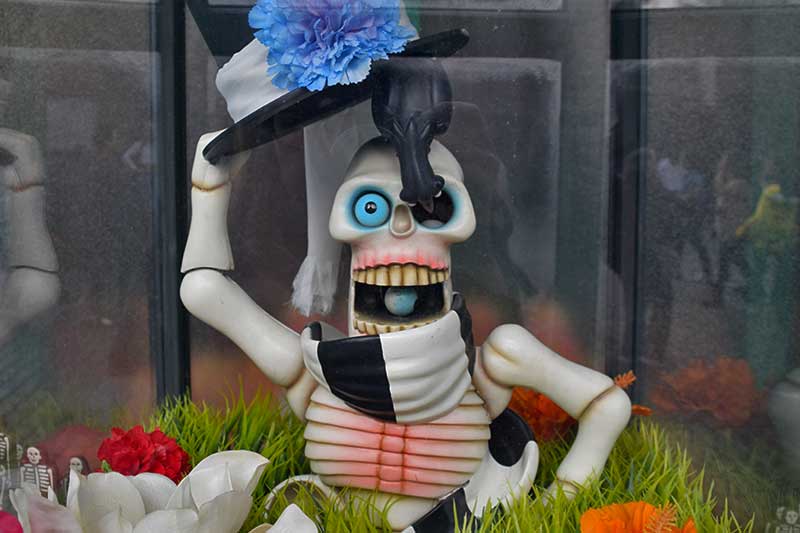 Again, stop and take in the moving details in the shop windows, particularly in front of Zonko’s and Honeydukes. You need a little patience to see it all. You can catch wizard chess pieces moving if you wait long enough, a crow pecking an eye from a skeleton and more. 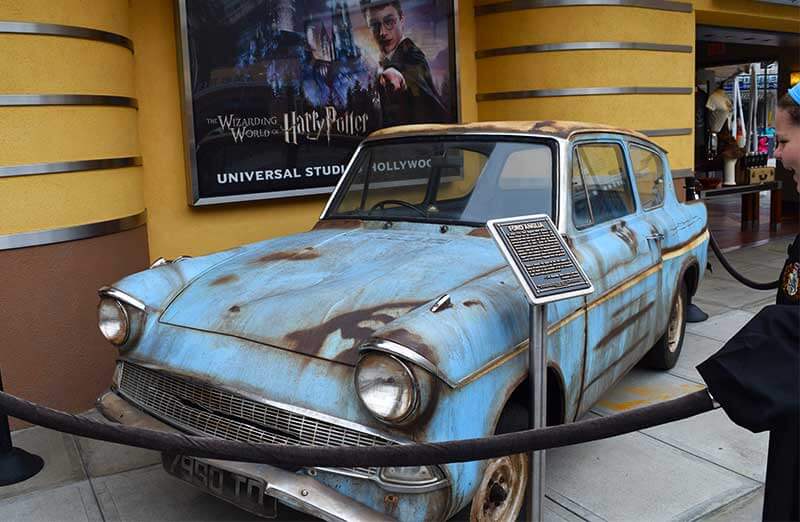 There are so many other hidden gems in The Wizarding World of Harry Potter. I can’t go through them all, but be sure to look around inside The Three Broomsticks and especially when you wander through the castle and shops. Be on the lookout for talking portraits, the Mirror of Erised, Dumbledore’s Pensieve, the Monster Book of Monsters (it does wake up, so watch out) and fun signage. You'll know when you've found a mandrake plant (in a shop window and in the garden in the queue for Harry Potter and the Forbidden Journey) because you'll see protective earmuffs nearby. The scream of a mature mandrake root is fatal to humans, you know.

There are so many toadally cool details! Every time I visit The Wizarding World of Harry Potter at Universal Studios Hollywood, I see something magical that I hadn’t noticed before!

Have you found any hidden gems of The Wizarding World of Harry Potter that get you hopping with excitement? Share the in the comments below. I'll drop another hidden gem on you: You can save up to $37 when you purchase discount Universal Studios Hollywood tickets through Undercover Tourist! Woohoo!

Related: Guide to The Wizarding World of Harry Potter at Universal Studios Hollywood