A note from Mommy Frog: Sadly, you will have to wait until next year to experience the full celebration of Lunar New Year at Universal Studios Hollywood. However, in 2022, you can still enjoy Lunar New Year food and merchandise in February. Hollywood & Dine has a special themed noodle house with dishes such as noodle soup, pork ramen, egg rolls, mango tiger boba and more. Traditional entertainment, Mr. Ping's Noodle Shop and other celebrations in the plaza are not offered this year. 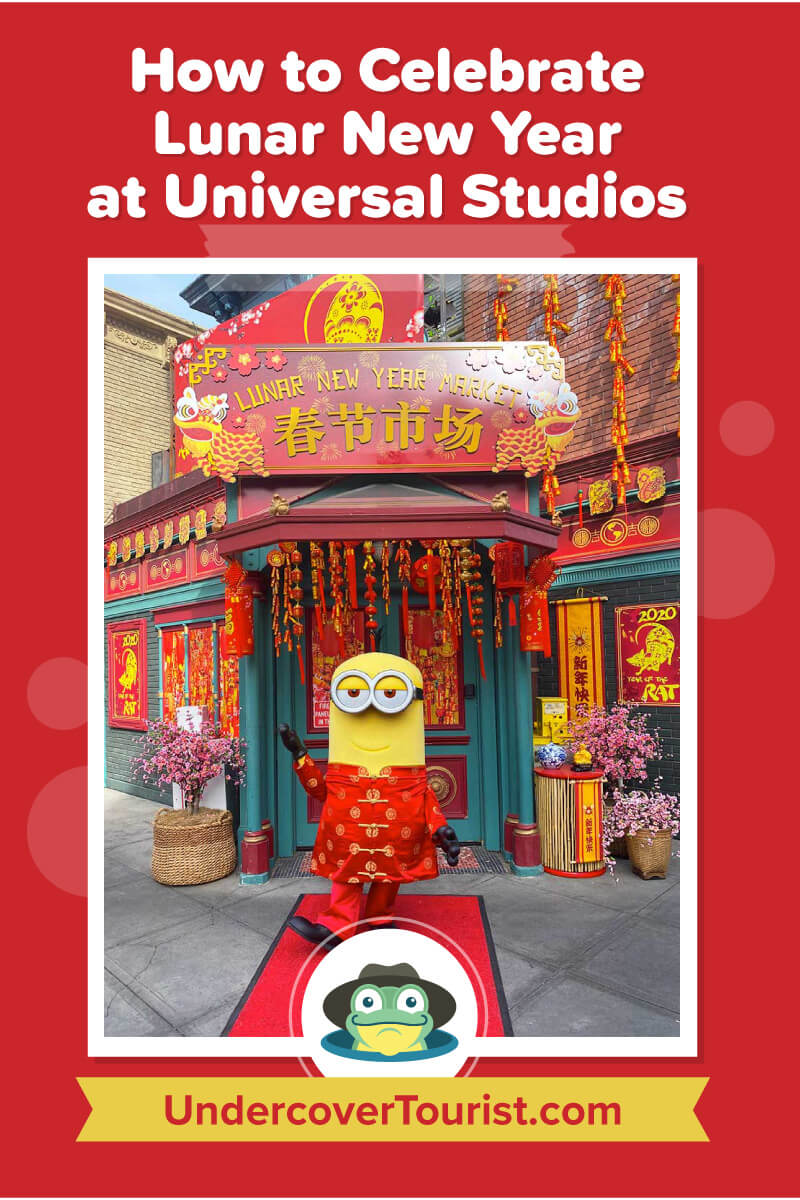 The year 2022 is the Year of the Tiger! We're sure Tigress from "Kung Fu Panda" is roaring with excitement this year. 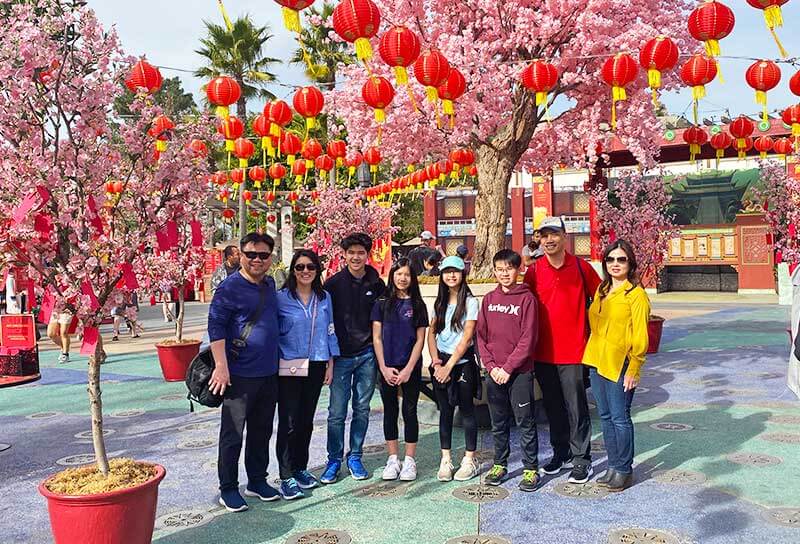 From outside the park gates all the way to Central Plaza, you’ll see special Lunar New Year decorations. Once you enter the Central Plaza, look for the signage to find all of the activities! Be sure to read the fun fact signs to gain a better understanding of traditions, especially if this holiday is new for you. The menus are in English and several Asian languages. Celebrating Lunar New Year at Universal Studios makes for hoppy family memories! We saw many families traveling from both far and near during our visit! 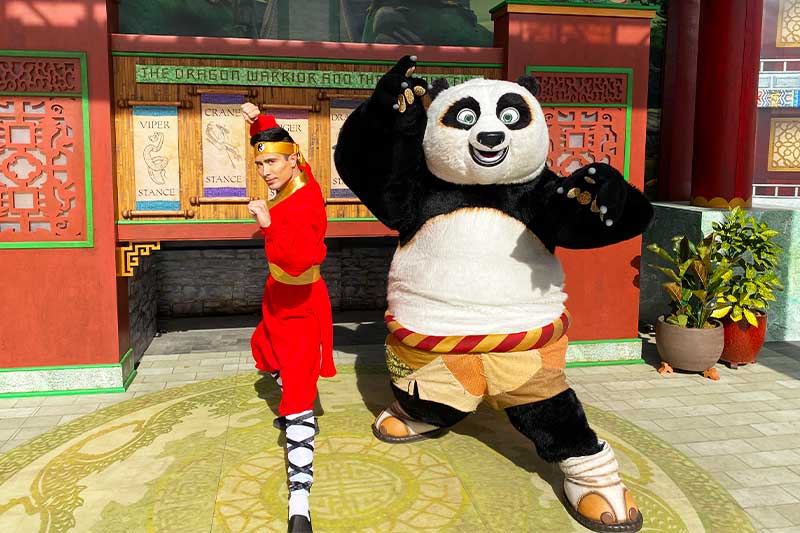 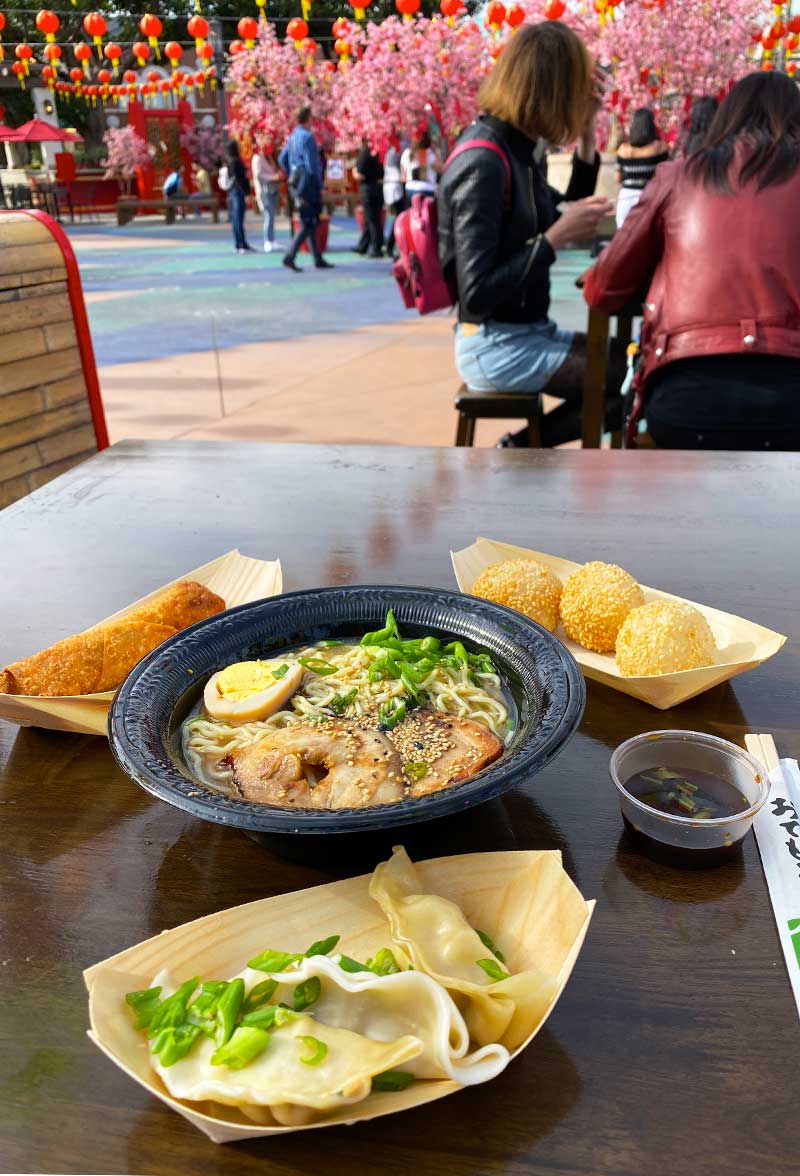 Celebrate Lunar New Year with favorite characters dressed in the Lunar New Year holiday best. You can meet Hello Kitty and Minions in front of a Lunar New Year display. From "Kung Fu Panda," strike a pose with Po, Tigress and Mr. Ping. Choose a kung fu pose to try when you get your picture taken with Po. Mr. Ping is Po’s father, and he can be found in Mr. Ping’s Noodle Shop. He’s quite hilarious. After you meet Mr. Ping, you’re going to want to hop around the corner to try some of his dishes. You can also meet a Mandarin-speaking Megatron Transformer!

Make a Lunar New Year Wish on the Wishing Trees

The colorful pink plum blossoms beckon you in. Pick up a red piece of paper to write a wish for the new year and clip it to the trees! 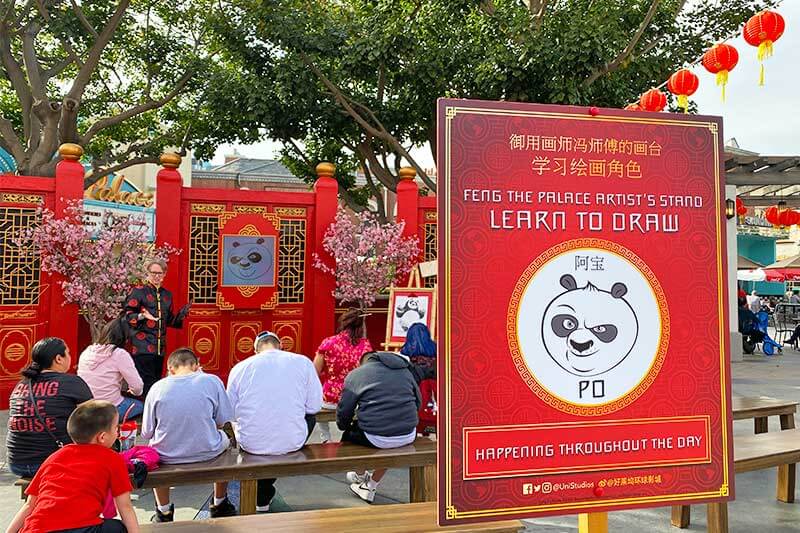 Take an art class at Feng the Palace Artist's Stand and learn to draw Po.

Catch Cultural Performances on the Weekend

Lunar New Year at Universal Studios Hollywood takes place every day. But during the weekend, you’ll see cultural displays of martial arts and a lion dance! 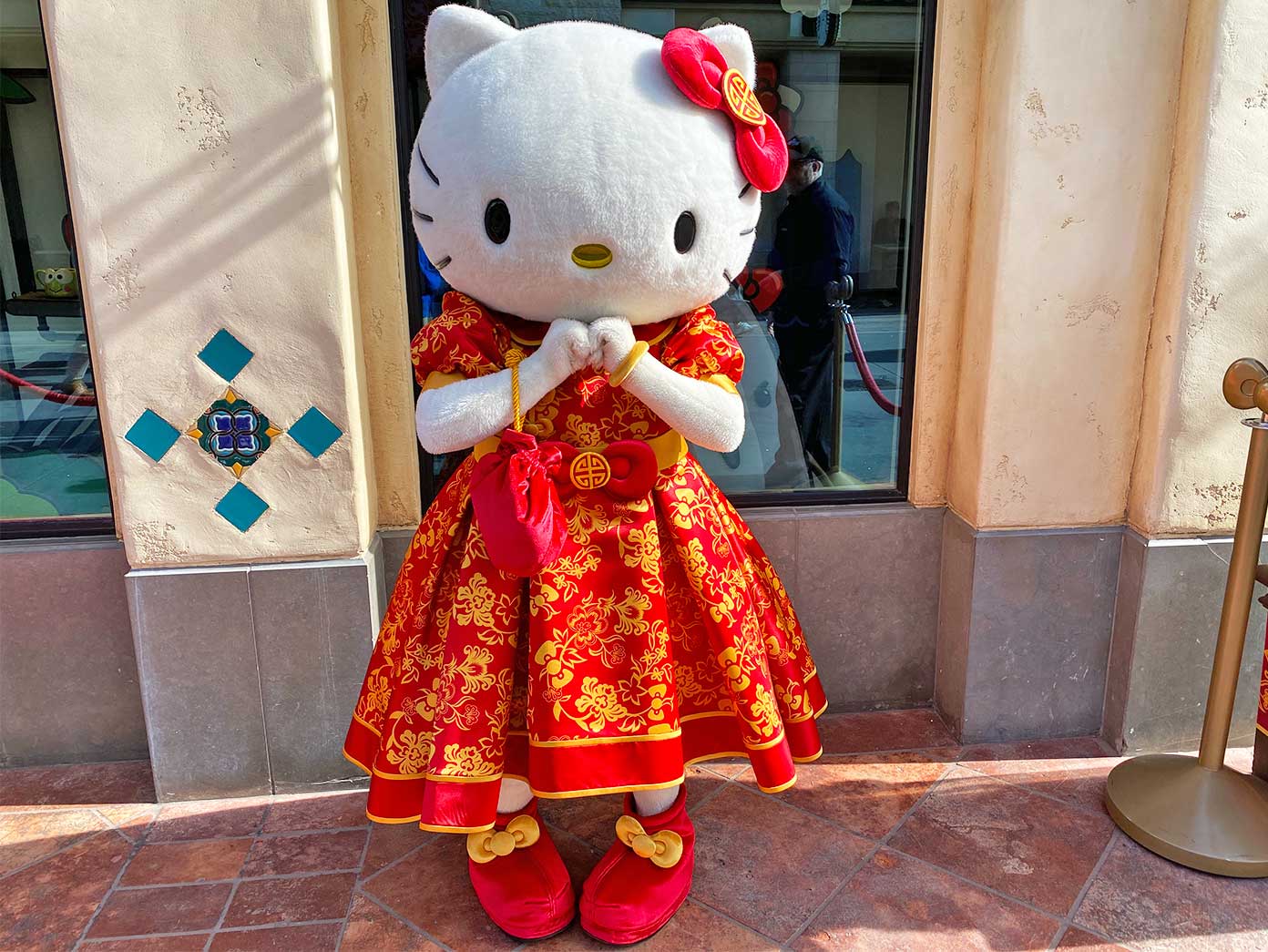 You can purchase souvenirs to remember your trip. You can also play a game of skill with a guaranteed prize of a plush Hello Kitty or a Minion next to the merchandise cart. Lily says she likes those odds! Guaranteed Hello Kitty? Oh yeah! Hop into the stores to find a Lunar New Year cookie to take home and enjoy.

We frogs wish our readers great hoppiness and prosperity this year!

Related: When to Hop on Universal Studios Hollywood Express Pass

SAVE $38 vs Adult gate price