Disney parades are synonymous with large-scale productions, plenty of fabulous floats, beloved characters out in force and catchy tunes. And while I have seen many a parade over the years, I must admit that the new Disney Festival of Fantasy Parade at Magic Kingdom Park left me in awe.

The parade, which sets out daily at 3 p.m. and features scenes and characters from Disney classics such as "Peter Pan," "Cinderella," "Brave" and "Tangled," is a healthy mix of classic Disney magic with a modern twist. Even the brand new heroines Anna and Elsa, from the latest blockbuster animated movie "Frozen," make a special appearance. 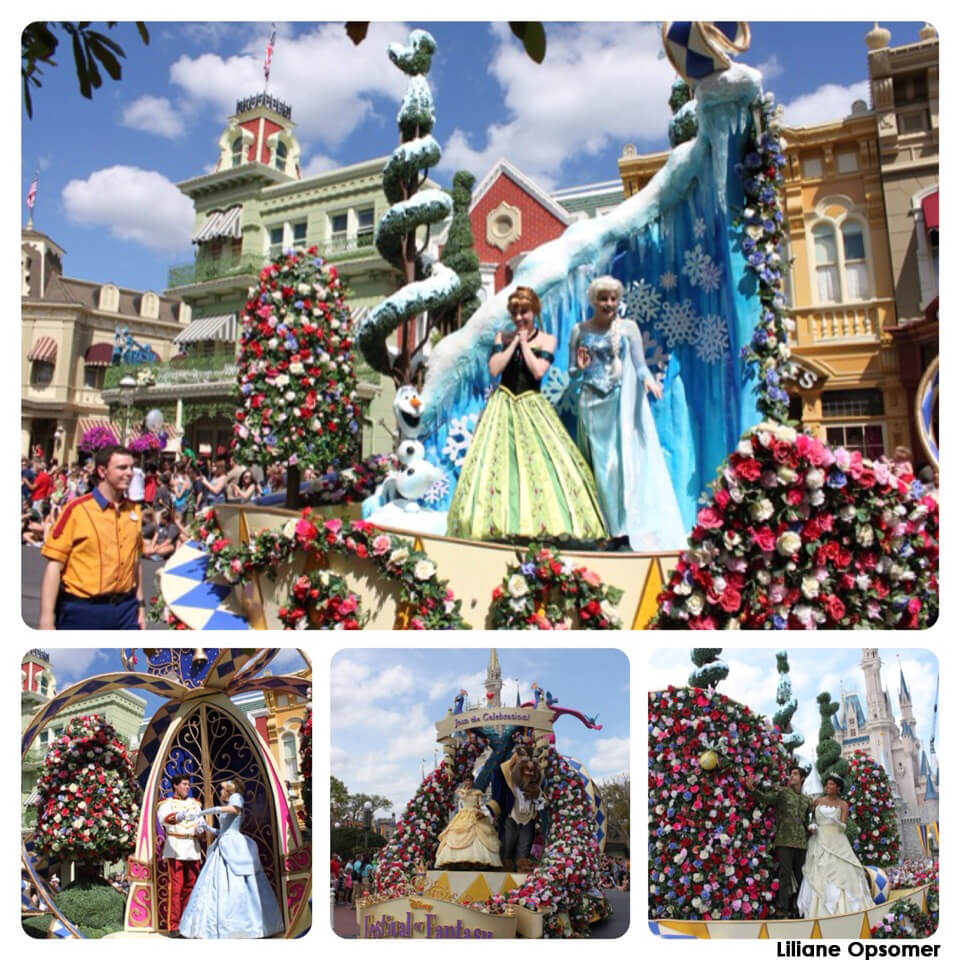 Cinderella, Tiana and Belle who are accompanied by their respective beaux join Anna and Elsa on the 50-foot-long Princess Garden Float. The scenes on the float function like a turntable so that no matter where you stand along the parade route you get to see them all. 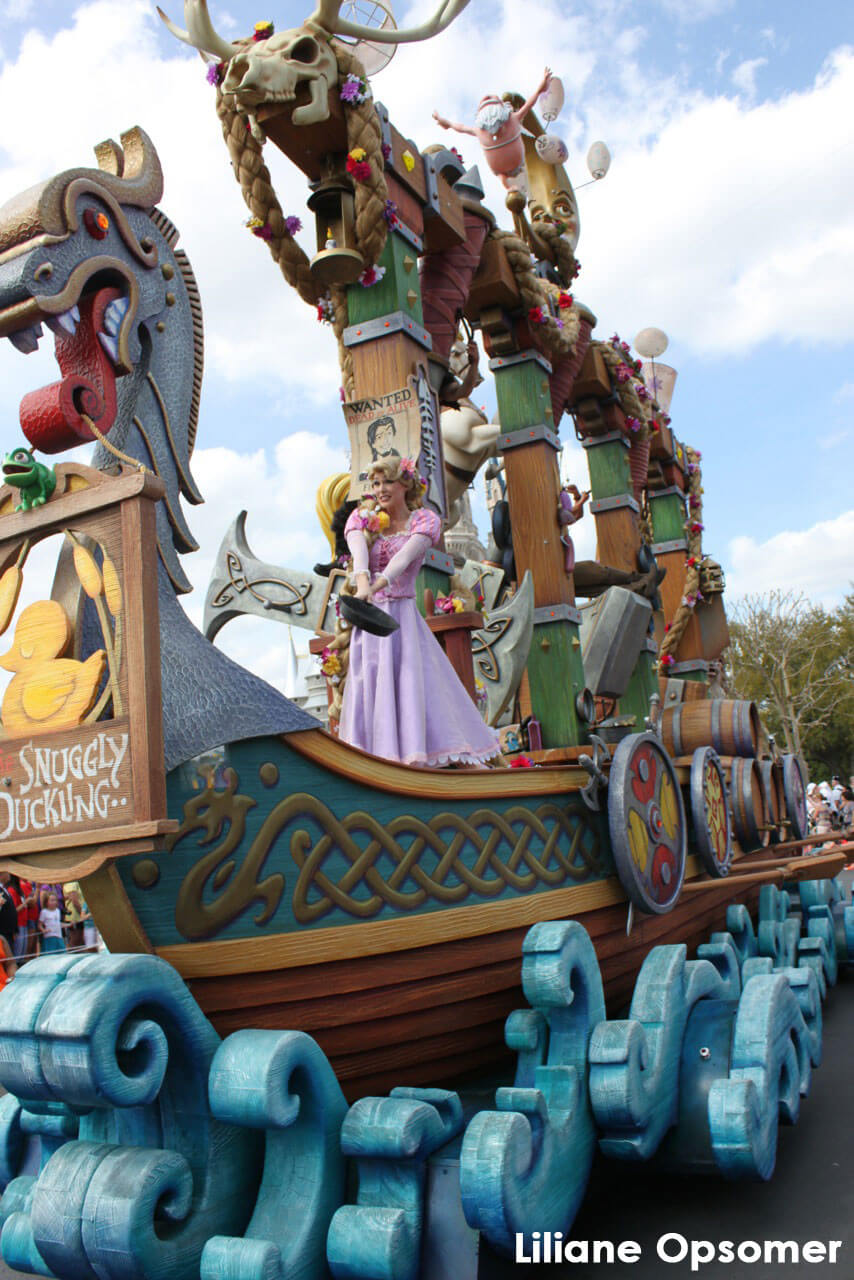 Rapunzel heads the Tangled float, a huge long ship with Flynn Rider and thugs from the fairytale swaying dangerously on pendulums. 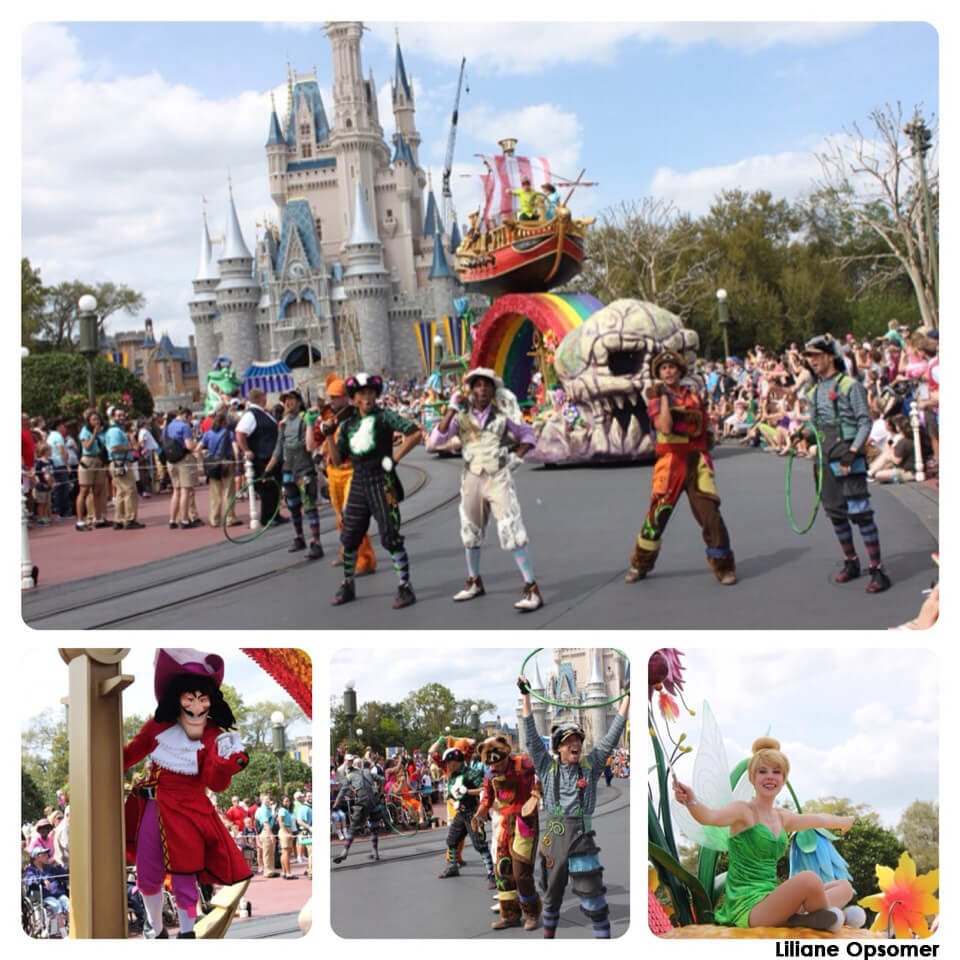 Ariel sits high on a seashell throne on top of a giant music box and she is surrounded by conga-dancing fish. Peter Pan and Wendy are in a pirate ship with Captain Hook shivering as a gigantic crocodile is chasing the float.  Tinker Bell has her special nook at the end of the float. She is hilariously naughty and perfectly in character. 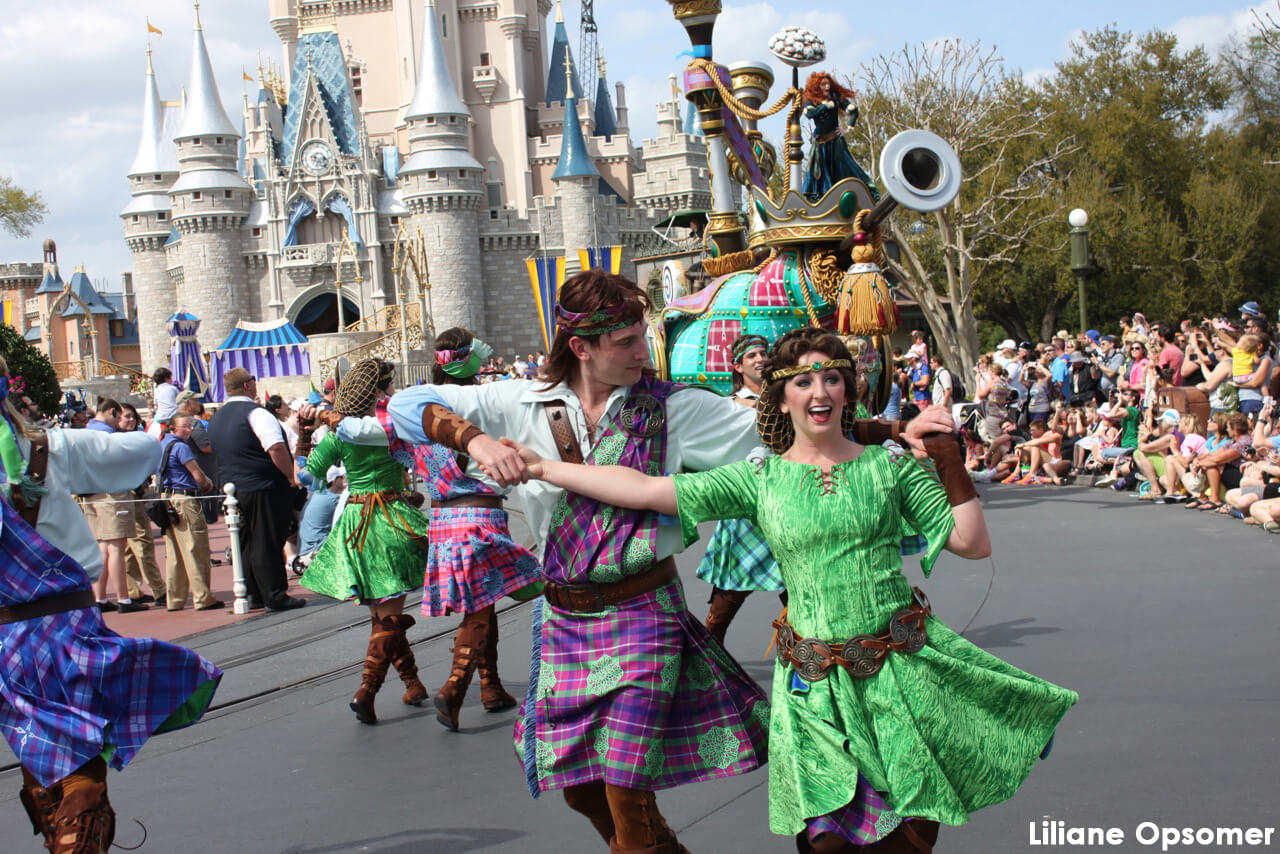 My personal favorite float is the bagpipe shaped vessel of Merida. The spunky princess from the Pixar movie "Brave" is high energy, and Scottish dancers perform to Highland tunes. 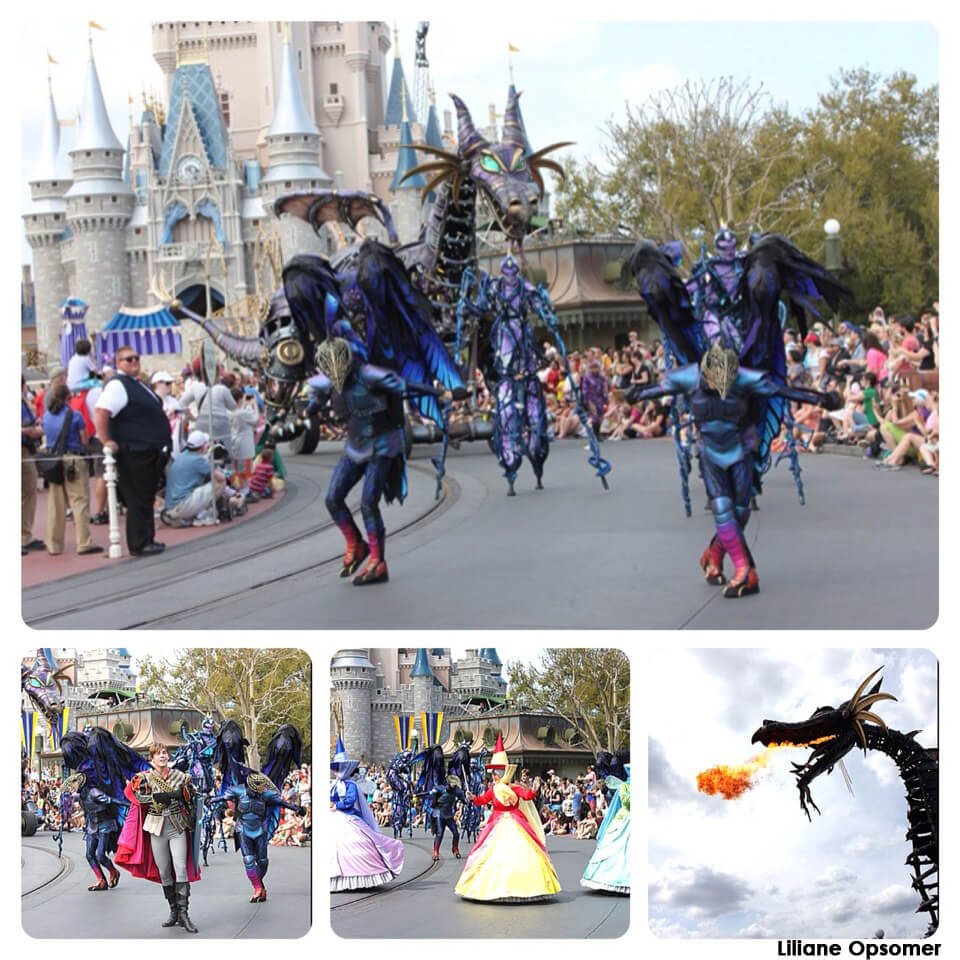 Absolutely awe-inspiring is Maleficent’s fire-spitting dragon complete with thorn-inspired stilt performers and ravens in spectacular costumes. Prince Phillip with the good fairies Flora, Merryweather and Fauna make sure that good prevails over evil. The impressive steampunk design of the costumes and the fire-breathing dragon are without doubt the highlight of the parade.

My least favorite float is the one dedicated to Pinocchio and Dumbo, but the talented dancers accompanying the float and delivering a Broadway-quality performance make up for it. 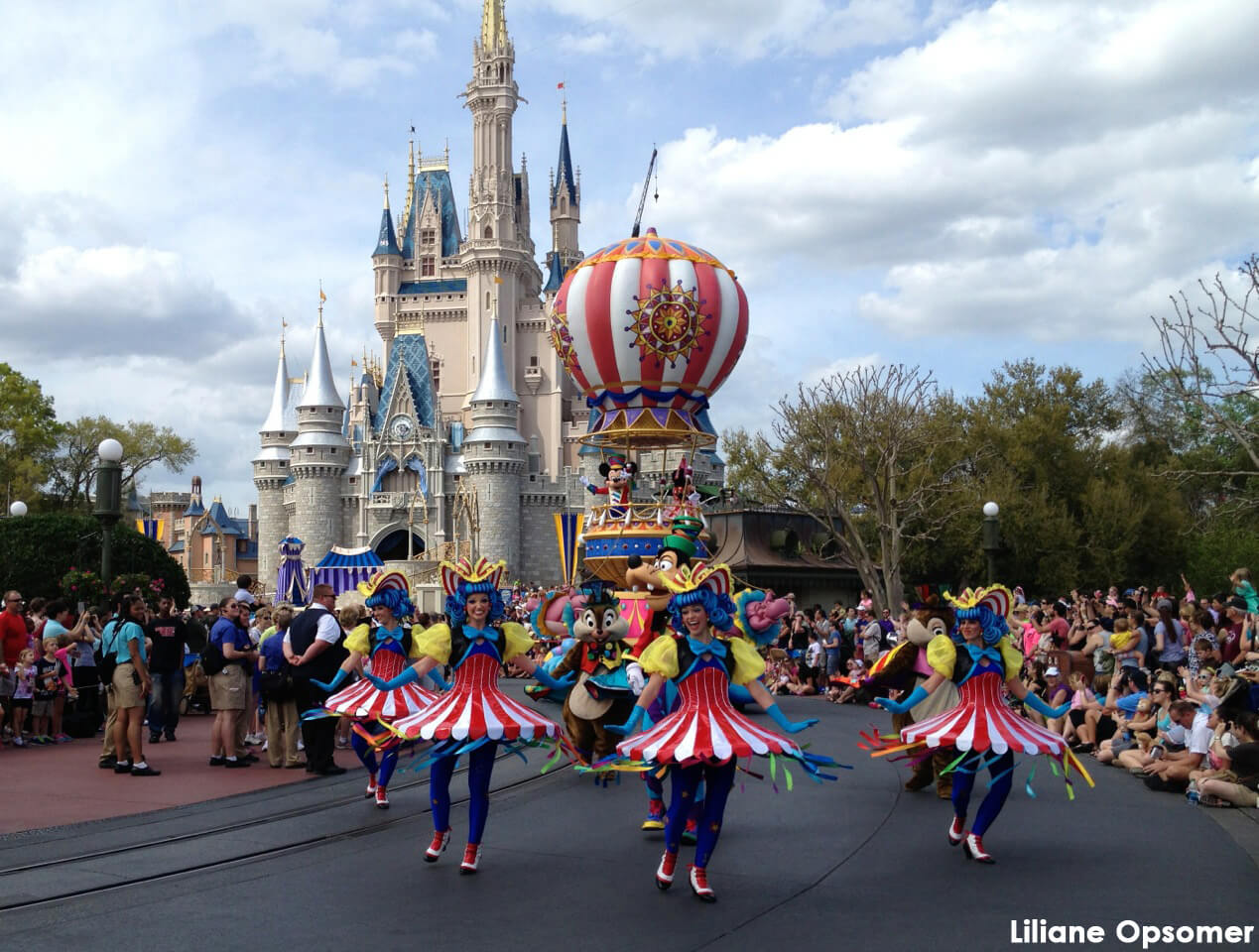 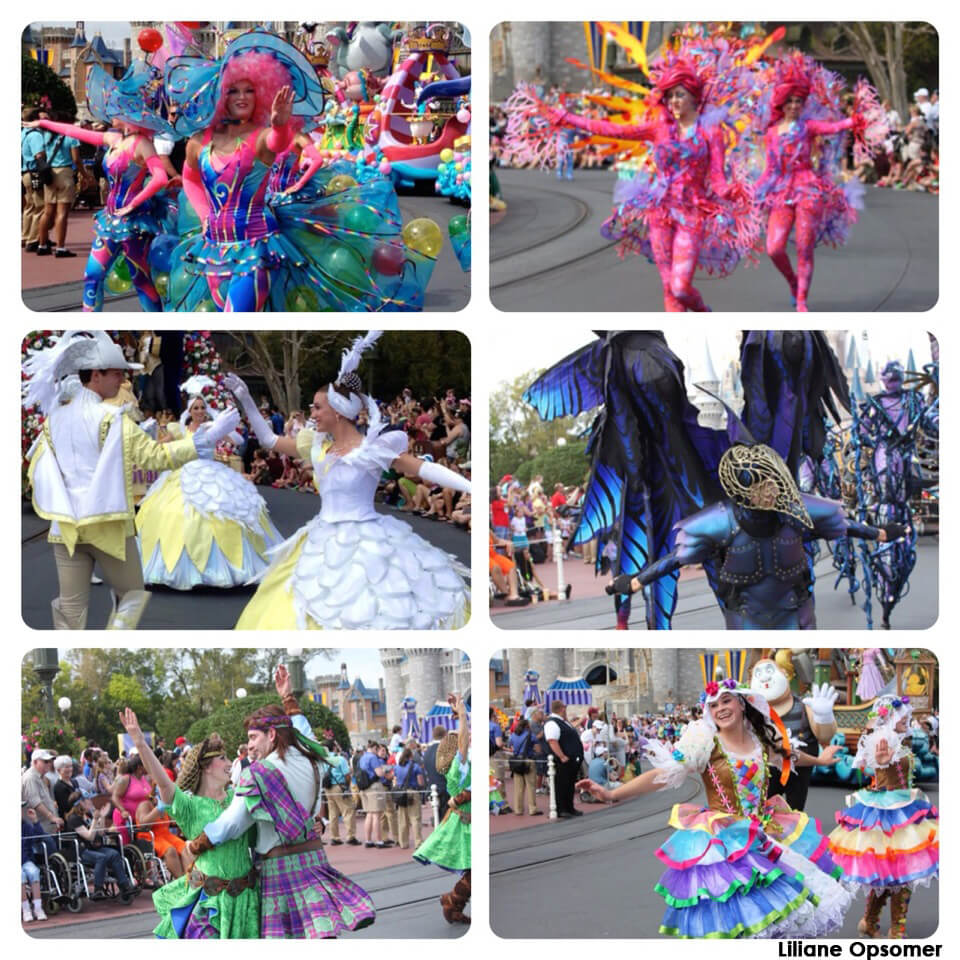 There is so much to see that one would still not notice all the intricate details even if the parade would be featured several times a day. I wish I could have taken pictures of each costume from all angles. The floats are gigantic and pose a challenge if you love taking pictures (I recommend viewing the parade from atop the Railway station). Another challenge I see down the road would be the Christmas decoration on Main Street. There is no way the floats, especially the dragon and Mickey’s Airship, can make it without getting tangled in the garlands. Maybe after a new parade, new Christmas decorations are what we can expect to see for the next Yuletide season.

Fast paced, colorful and supported by a soaring soundtrack, this parade is a crowd pleaser. Plan on claiming a good viewing spot at least 45 minutes prior to the start.

The bright costumes, vivid pageantry and well-executed choreography make this parade an absolute must-see. Creativity and innovation bring a special kind of magic to the most magical place on earth. A job well done!

If you need some tips on what else to see at Disney World, check out our Plan Your Days in Orlando page inside the Orlando Planning Timeline!