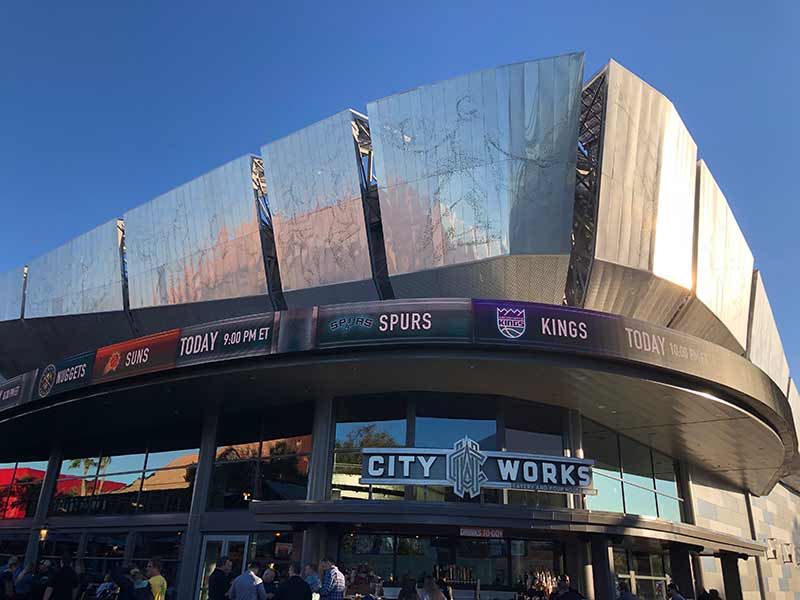 It’s hard to believe, yet another big “something” has opened at Disney Springs. Last year, the magical outdoor shopping, dining and entertainment complex welcomed Jaleo by José Andrés, the NBA Experience, the Coca-Cola Store and Rooftop Beverage Store, and ever-rotating street musicians, food trucks, seasonal events and pop-up stores. And soon, there will be the highly anticipated Drawn to Life Cirque du Soleil & Disney show and a colorful M&Ms World experience. But this weekend was all about the grand opening of City Works Eatery and Pour House at Disney Springs. We hopped over to this new hop spot to give you foodie froggies a first-hand taste of what it has to offer! 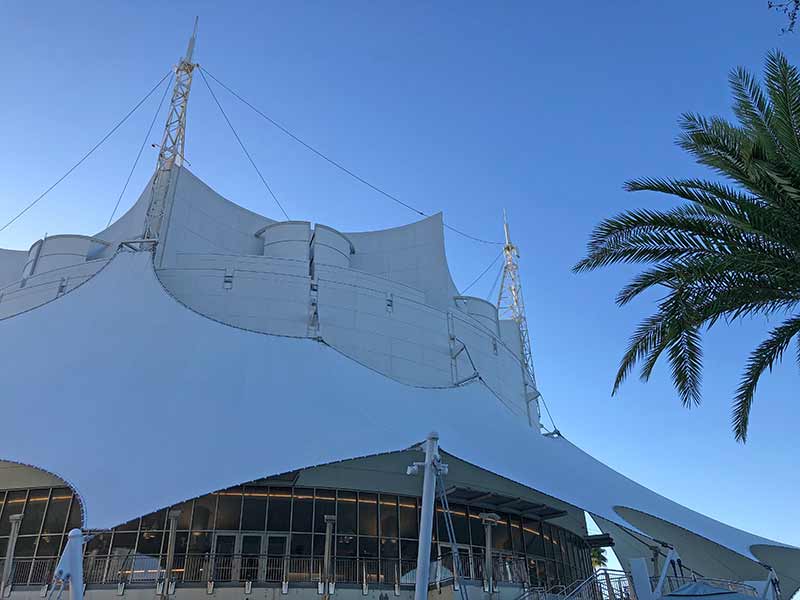 City Works Eatery and Pour House is on the West Side of Disney Springs. That means if you’re standing at its front doors looking out, the big white “tent” of Cirque du Soleil is to your left, House of Blues is directly across from you, and NBA Experience is directly to your right with connecting door access. Other nearby neighbors? Jaleo, Splitsville, AMC Movies, Exposition Park, DisneyStyle, Super Hero Headquarters (one of Tad and Lily's favorite Disney Springs stops), Disney’s Candy Cauldron and Star Wars™ Galactic Outpost to name a few. If the building looks familiar, it’s the former home of DisneyQuest.

The Vibe Inside City Works Eatery and Pour House 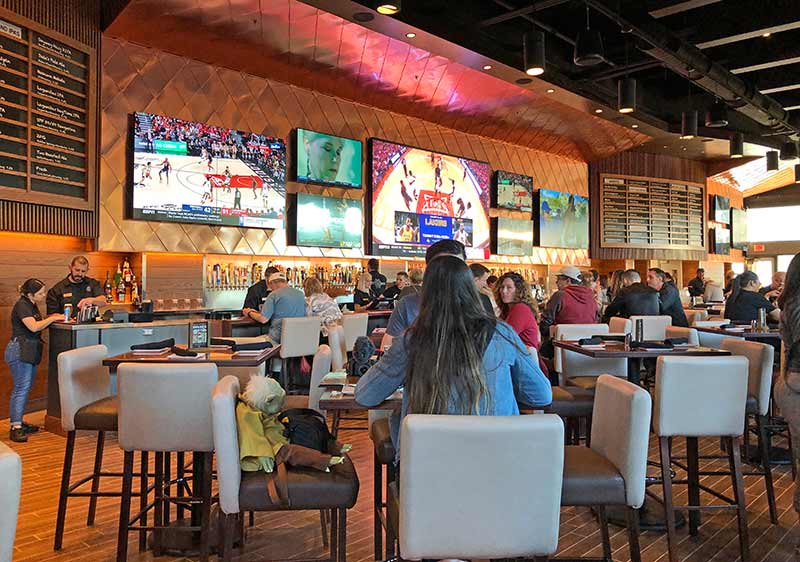 With 10 locations, City Works calls itself an "eatery and pour house"-style restaurant. But what does that mean? With its casual vibe, huge TV screens playing multiple sports games at once, loud music, direct access into the NBA Experience, and a real-time sports news ticker lighting up outside screens, it feels like a really big, nice sports bar with a lot of beer. (Really big = 8,632 square feet inside + an outdoor patio + three bars. TV screens = 17 flatscreen HDTVs including a massive video “wall.”) 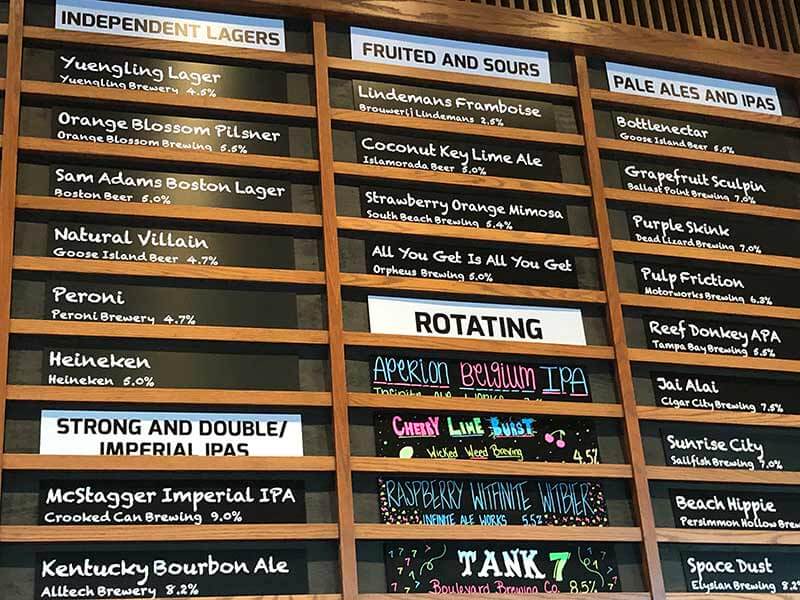 If you want beer at Disney Springs, this is the place to be. It's got over 90 draft beers on tap including local, international and exclusive “only found at City Works” craft beers. A whopping 30 taps are dedicated to local brews! (If you find the selections overwhelming, you can create your own sampler flight of four 6 oz. pours.) We tried the Bottlenectar pale ale after our server promised it had a sweet melon scent. (It did!) You'll find ambers & browns, Indie lagers, Belgians, wheats, ciders & seltzers and oh so much more! You can order drinks at a counter service bar right by the main City Works entrance, at a wrap-around outdoor bar across from the Cirque du Soleil entrance, at the long interior bar full of taps and bottles, or from your table. 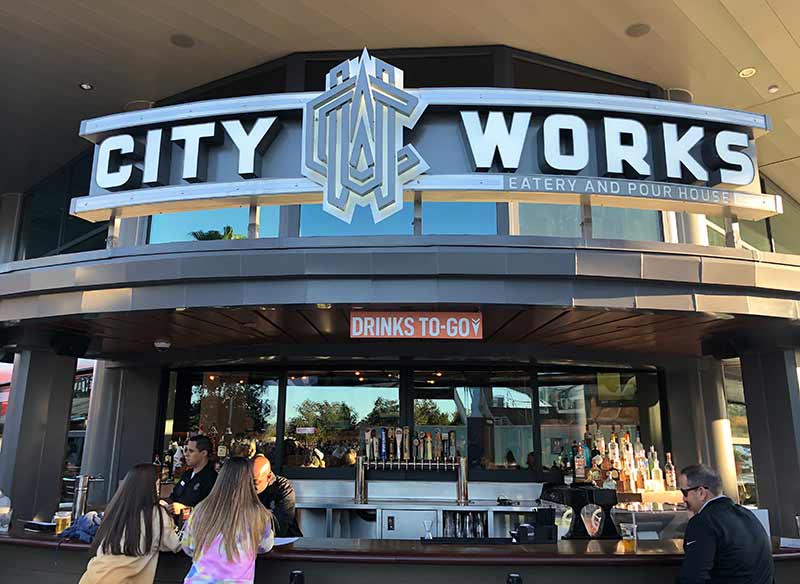 Hop Tip: Did you know you can get drinks to go? Disney Springs allows you to walk around with alcoholic beverages, so City Works is the latest to offer an on-the-go counter at its outdoor bar. 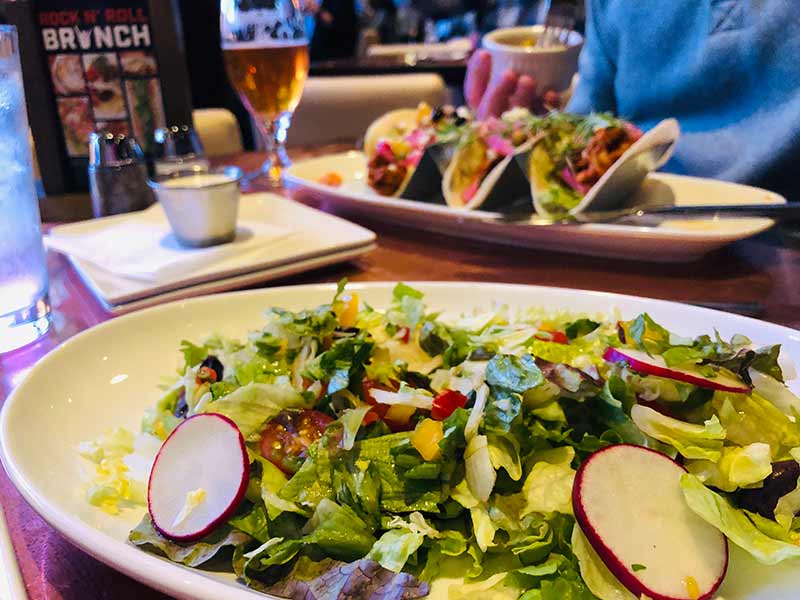 The menu is full of American bar food with starters, shareables and entrees. Think burgers, tacos, fries, fish and chips, pretzel bites, fried pickles and popcorn chicken — but with a bit more of a modern twist than your local sports bar or football stadium offerings. (For example, instead of basic nachos, the nachos had pulled duck confit, pickled jalapenos and queso fresco over wonton chips. We tried the buffalo shrimp with bleu cheese cream ($18), the house salad ($9), and the chicken tinga tacos ($16). All three were delicious, albeit small if you’re coming in super hungry after a long day of park hopping. 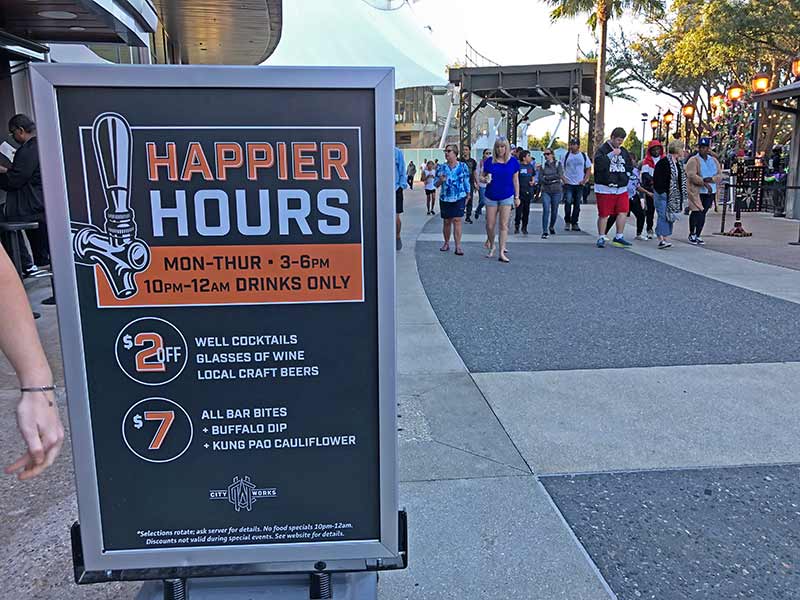 Its “Happier Hours” are Mondays through Thursdays. Drink specials include $2 off well cocktails, glasses of wine, and local craft beers from 3 to 6 p.m. and from 10 p.m. to midnight. Food deals are only offered during the 3 to 6 p.m. window, including $7 deals on “all bar bites” like Buffalo Dip and Kung Pao Cauliflower.

Who is it for?

Who is it not for?