Orlando's tallest, fastest and longest coaster is headed to SeaWorld in summer 2016! During a media event today, SeaWorld Orlando revealed more information about Mako, a hyper coaster based on the world's fastest shark. With nine hills — the first drop from 200 feet in the air — it will provide plenty of near weightless "air time." It will be nearly a mile in length at 4,760 feet and have a 54-inch height requirement. 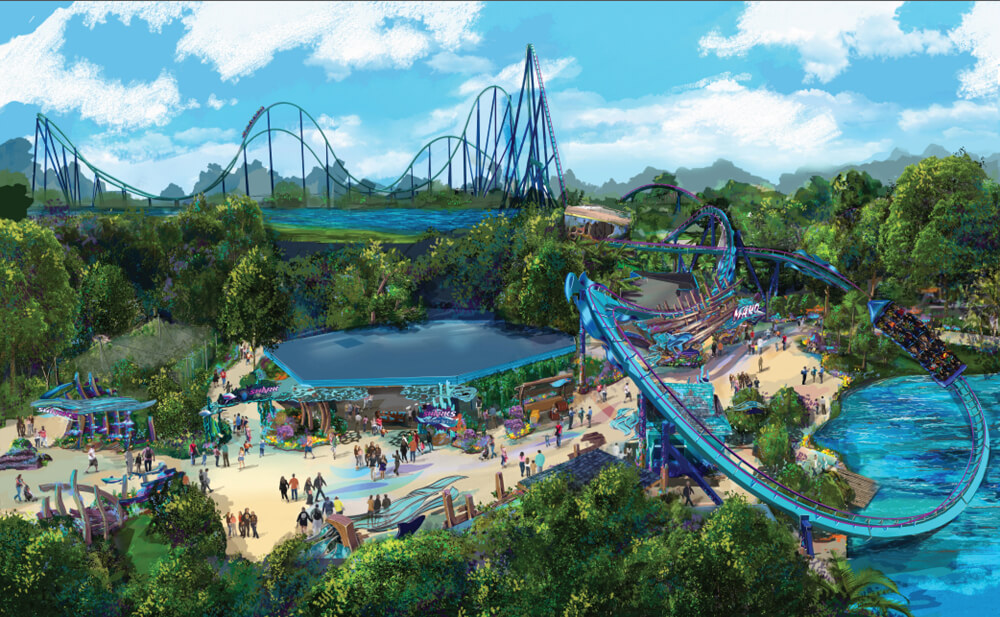 Mako is expected to reach a top speed of 73 miles per hour. The closest competitor in terms of speed is Sheikra, which clocks in at 70 mph, at nearby Busch Gardens Tampa, also owned by SeaWorld. SeaWorld Orlando's other two coasters are Manta and Kraken, which reach speeds of up to 56 and 65 mph respectively. The new coaster will also be designed by Bolliger & Mabillard, who designed both of those coasters. 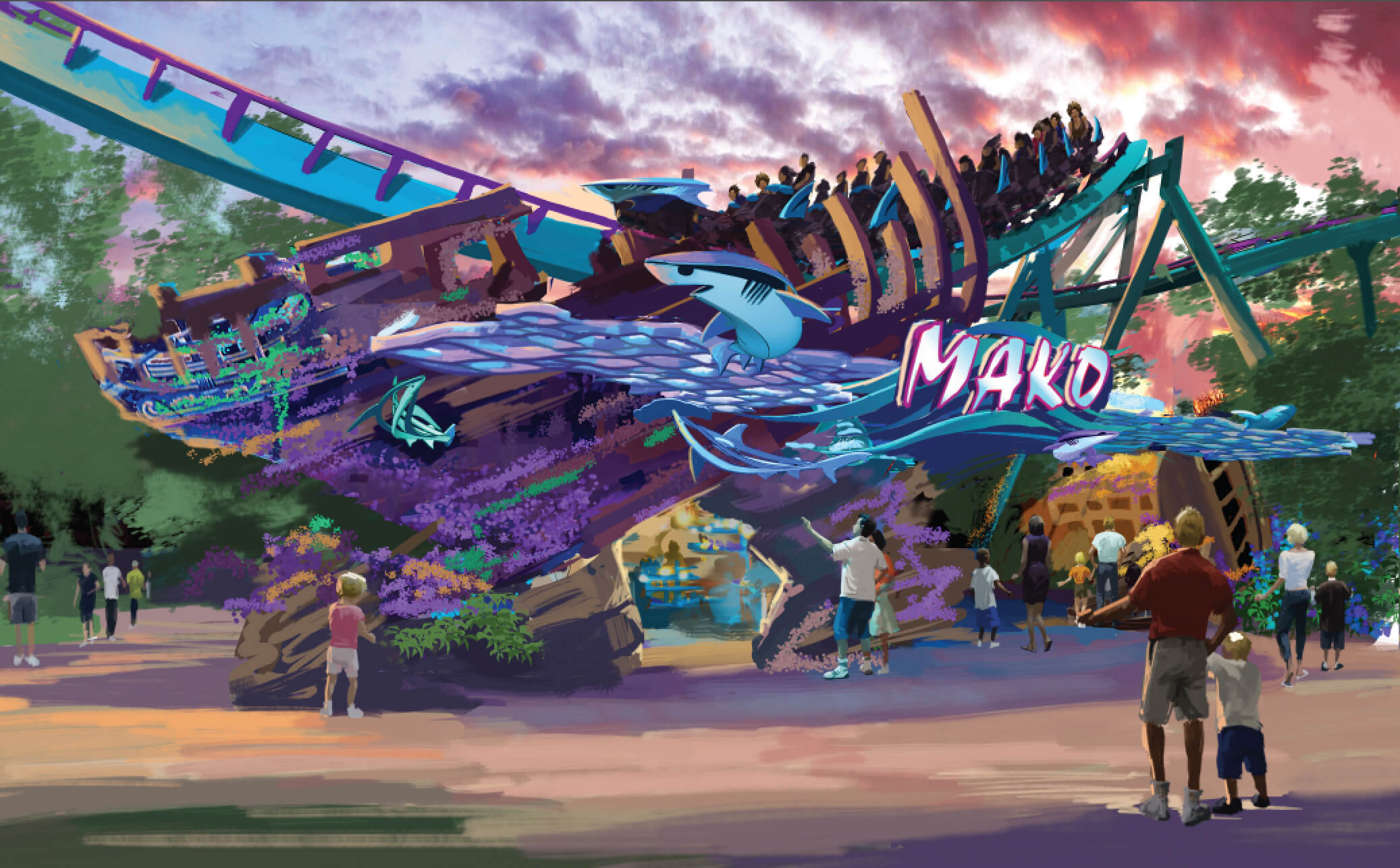 The queue takes guests into an undersea theme, giving them the feeling that they are floating under a pier and winding through shipwrecks. A 48,000-watt, intelligent surround-sound system will be used so that sounds will follow the coaster as they dive through the area just over guests' heads. 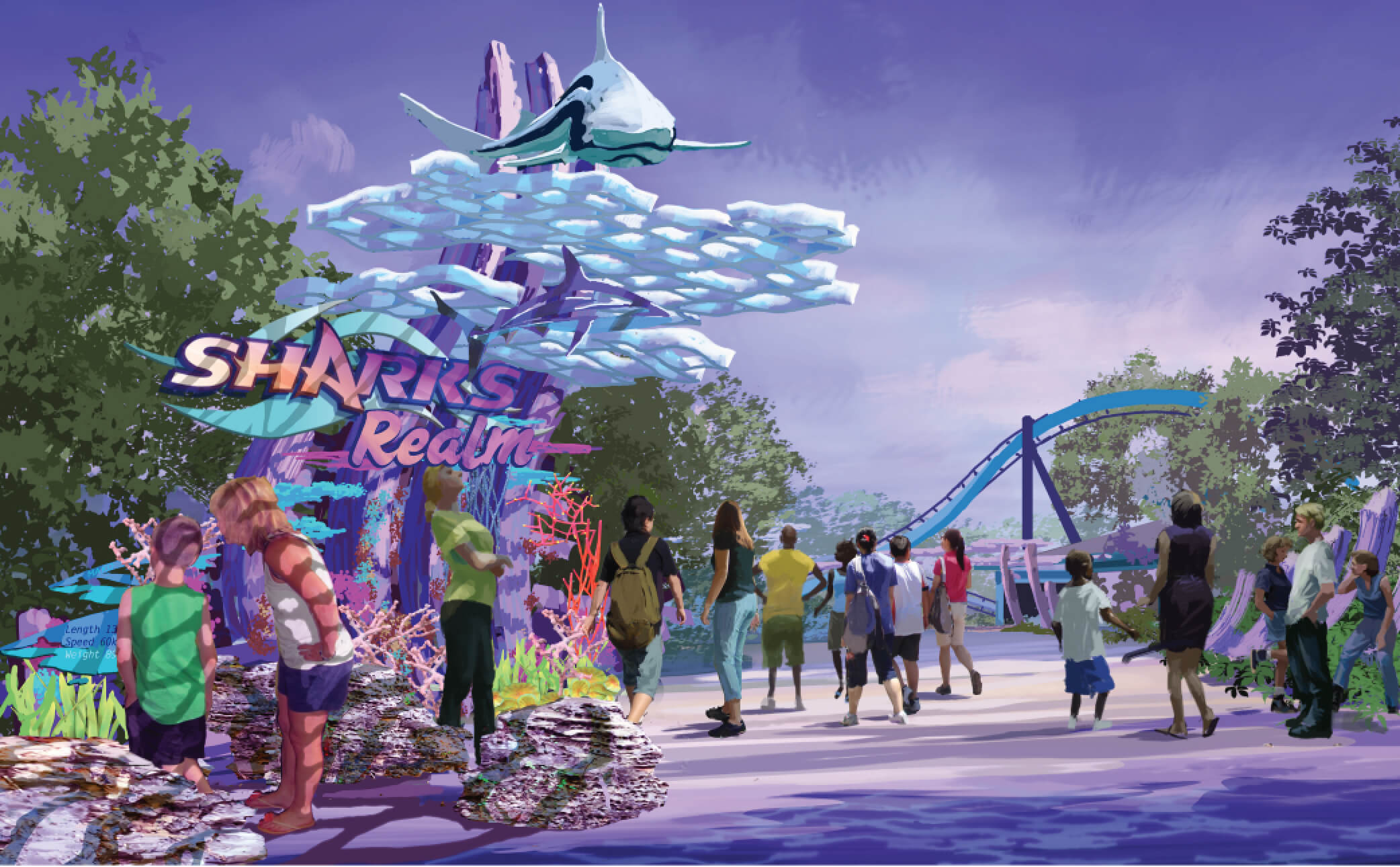 The new coaster will be built in an expanded seven-acre area currently housing Shark Encounter and Sharks Underwater Grill and a new shark exhibit, Sharks Realm, with the new pathways reminiscent of a shipwreck. 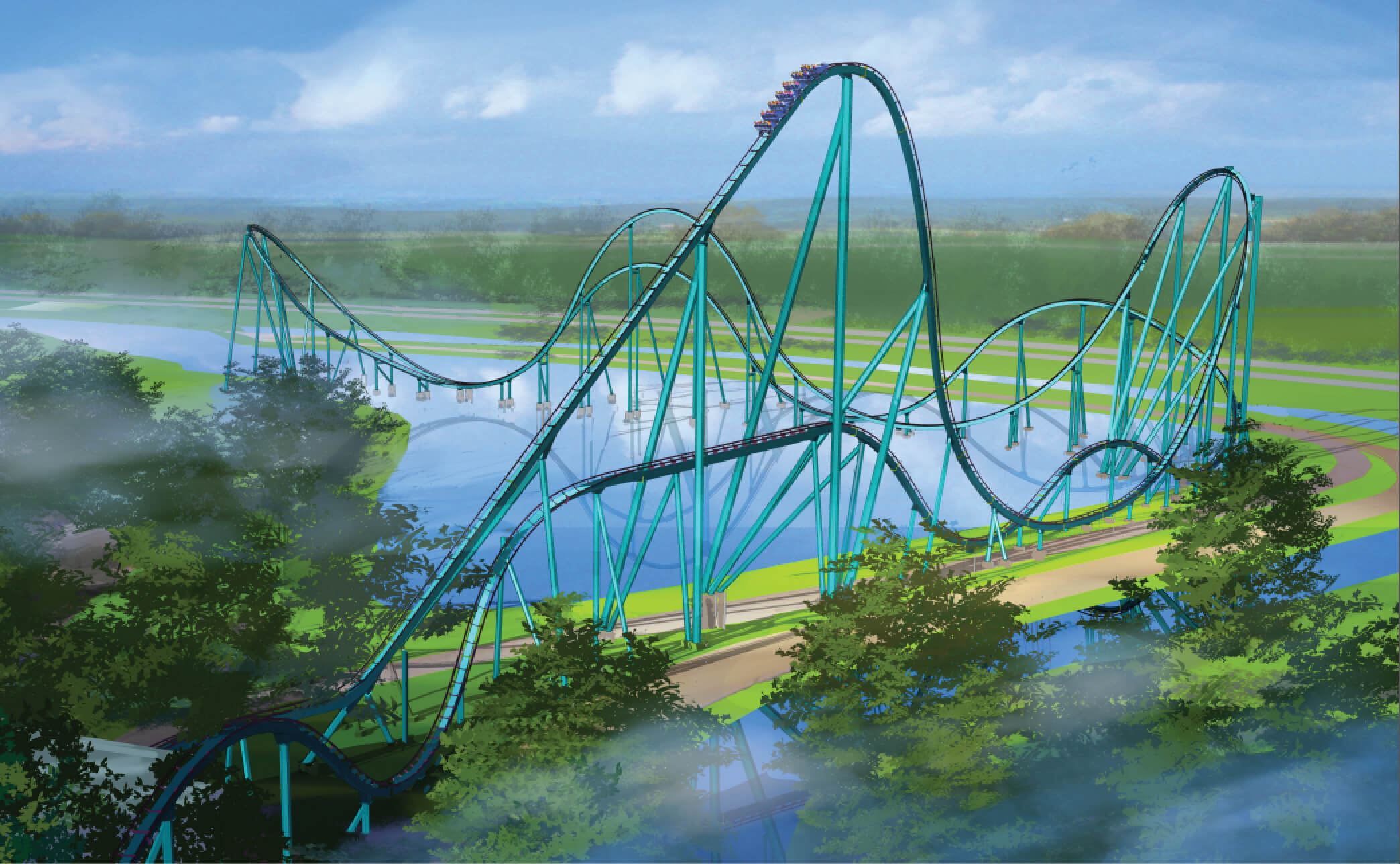 Interestingly enough, SeaWorld Orlando doesn't currently have any mako sharks in its park.

According to a SeaWorld Orlando press release:

“On Mako, you’ll experience what it’s like to be this apex predator, surging through the water at top speed and chasing prey throughout a massive reef,” said Brian Morrow, SeaWorld’s attraction creative director. “It will be a wild mix of fear, thrills and fun.”

Mako’s tight turns and speed are inspired by reality.  Mako sharks — also called “blue pointers” — are known for their top speed, making extreme jumps and the ability to quickly change course as they pursue their prey.

SeaWorld Orlando won't be the only theme park in Florida getting a roller coaster in 2016, Cobra's Curse will rear its head at Busch Gardens Tampa. The family spin coaster will feature a vertical lift and 80-foot cobra that looks like it is ready to strike.

Who's ready to ride? What do you think about SeaWorld Orlando's plan for the new coaster? Share in comments below!