Ready to join an Unbirthday Party hosted by none other than the Mad Hatter and March Hare? While we’re dreaming about spinning in a colorful, giant teacup, let’s explore the secret history of the Mad Tea Party! This is a classic Disney attraction, opening with Disneyland Park on July 17, 1955. Inspired by the Unbirthday Party scene in “Alice in Wonderland,” the spinning attraction can be found at almost all of the Disney parks across the globe. So pick your cup of tea, and let’s get spinning!

The Secret History of the Mad Tea Party 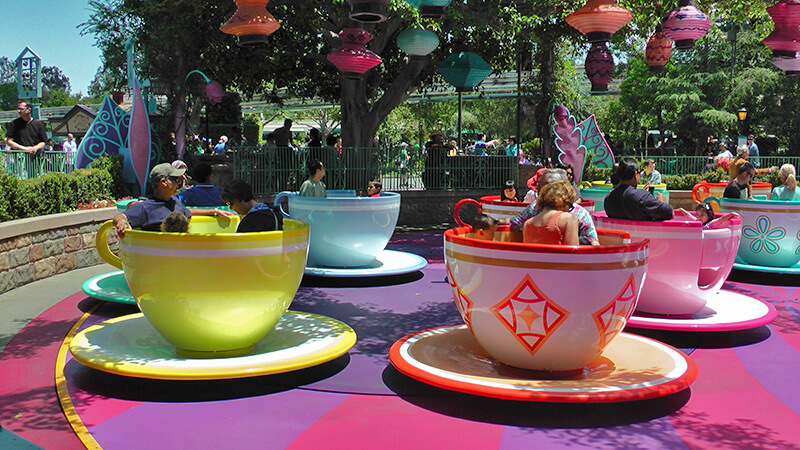 While this is now a colorful and decorative ride, it didn’t used to always be that way. When the Mad Tea Party first opened at Disneyland Park, half of the attraction’s teacups weren’t even decorated! The cups also didn’t have any doors; a rope was used to close off the entrance. Magic Kingdom celebrated its first Unbirthday Party by opening a version of the ride in 1971 (the park’s grand opening). 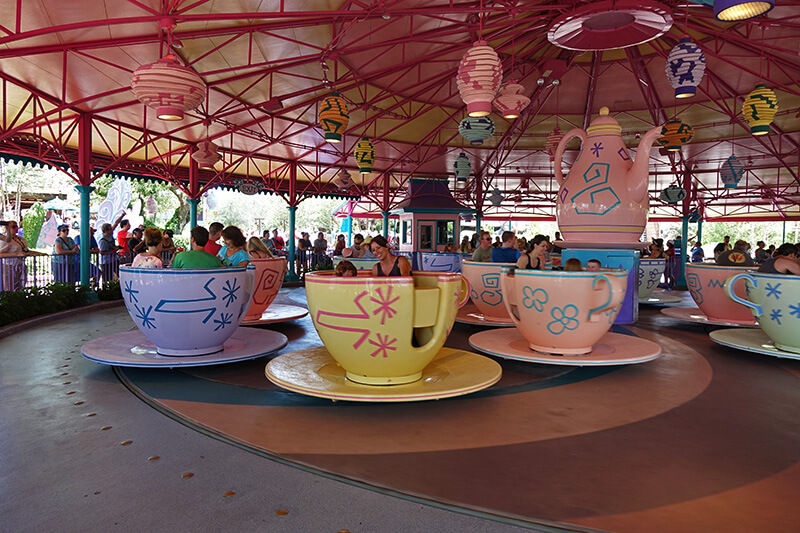 Consisting of three small turntables that rotate clockwise and another that rotates counterclockwise, the Mad Tea Party has 18 teacups that guests can control how fast they spin! Florida rainstorms sometimes put a damper on the spinning, so a roof was added to Magic Kingdom’s version in 1974 to keep the party going.

With the exception of the recently opened Shanghai Disneyland, you can take a spin in a teacup at any Disney park in the world. Shanghai does have its own spinning ride, but it’s Winnie the Pooh themed and consists of spinning “hunny” pots! 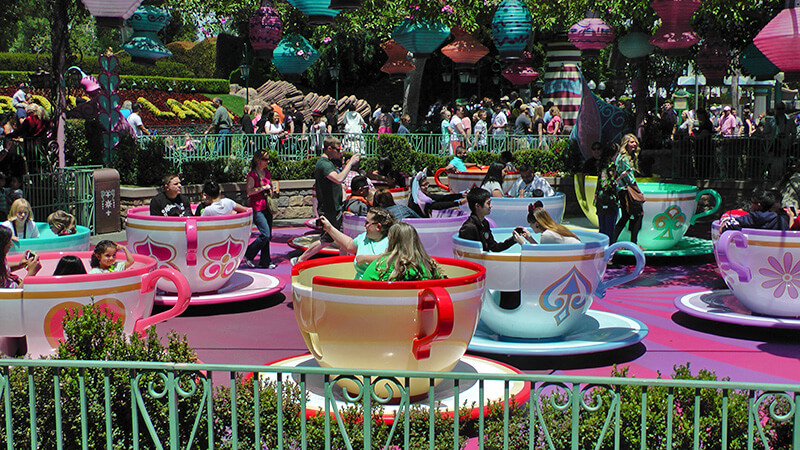 How old were you when you first experienced the spinning magic of the Mad Tea Party? Let us know in the comments below! Don’t forget to check out our Mad Tea Party wait times and more!