The Osborne Family Spectacle of Dancing Lights is a very special treat that anyone visiting Disney World from now until Jan. 3, 2016, can experience. This massive lights display takes over the Streets of America in Disney's Hollywood Studios with the lights "dancing" to festive Christmas tunes. It's not an experience you will soon forget! Sadly, this moving experience of sound and light has begun its 20th and final season at Disney's Hollywood Studios. Today, we wanted to take you through the history and provide you with tips, photos and video from this year's Osborne Family Spectacle. You can read more about all of Disney World's holiday events here. 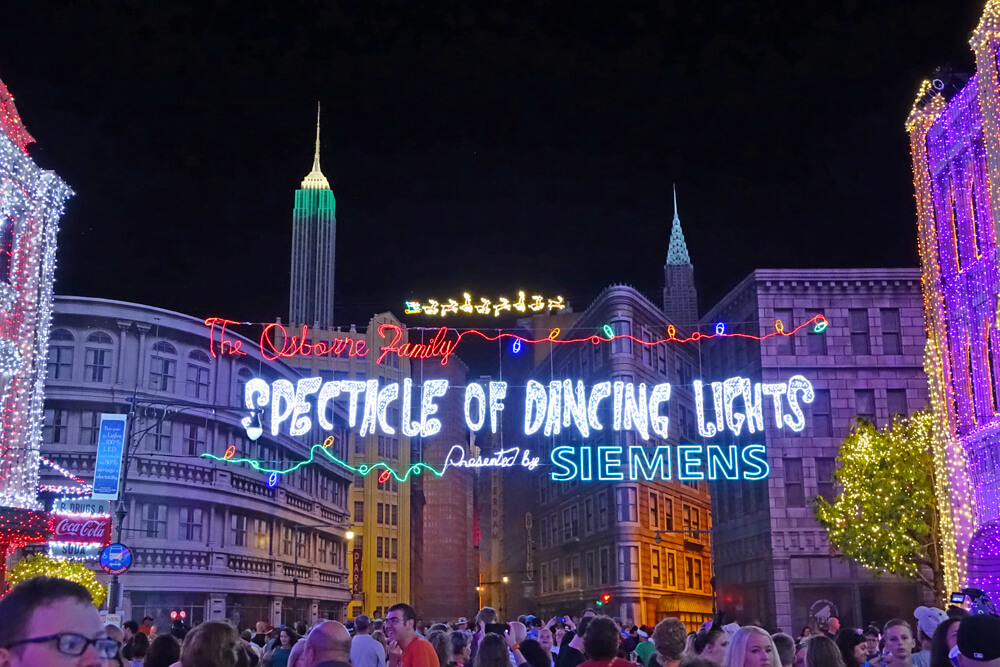 It all started back in 1986 when  Jennings Osborne of Little Rock, Ark.,  decorated his house with 1,000 red holiday lights for his then 6-year-old daughter Breezy. Each year, he just kept adding more and more. When the neighbors complained, Osborne purchased the two houses next to his home. But the collection grew and so did the anger of his neighbors to the point when it became a state Supreme Court matter. The courts ruled in 1994 that the houses, with their three million lights, were a public nuisance. 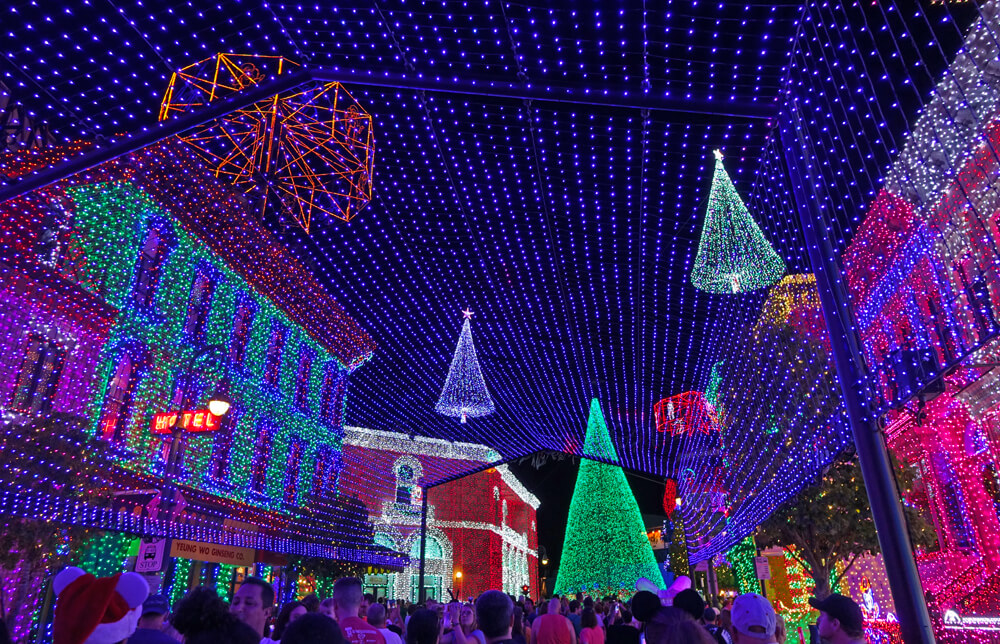 Luckily, the powers that be at Disney World had been looking for a holiday event for what was still at the time Disney MGM Studios and reached out to Osborne. Four 18-wheeler moving vans brought the display to Orlando, and on Nov. 24, 1995, the lights made their theme park debut! Osborne didn't ask for money for his lights, but he and his family were given the chance to visit each year between Christmas and New Year. Osborne came to the Studios until he passed away in 2011.

Every year, a new selection of songs are chosen for the lights. This year offers a great mix of classics and contemporary favorites along with the odd nod to Disney (hello, Jack!). The songs go on intermittently through the night every 10-15 minutes. Here is this year's playlists: 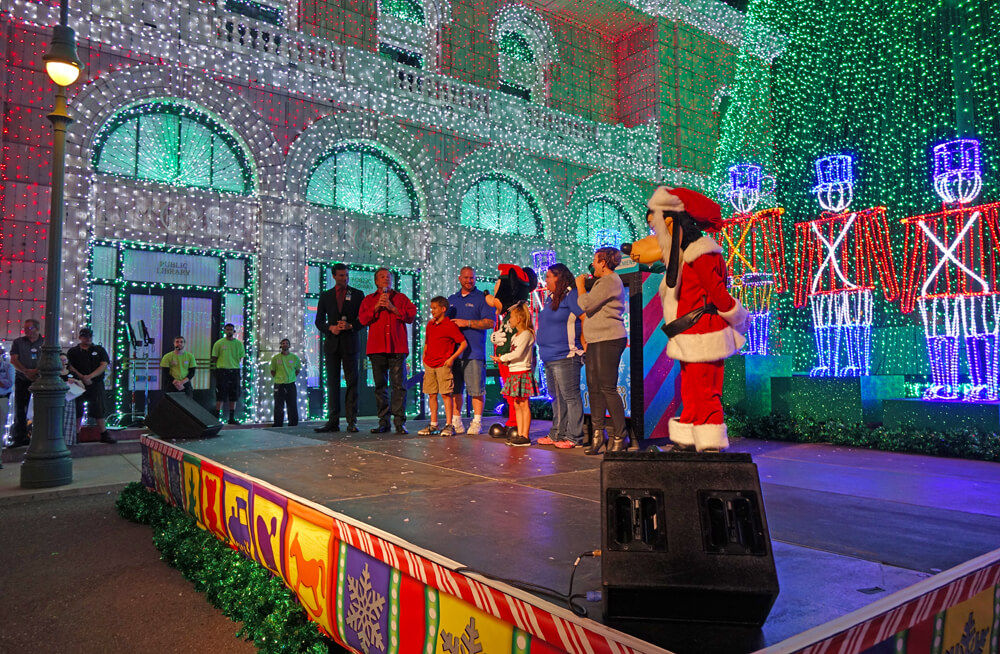 1. Arrive early if you want to watch the switch flipping ceremony.

Most evenings, the park holds a ceremony to flip the switch on for the lights. It's a lot of fun, but also very, very crowded. Expect standstill congestion for at least the half hour before and after the switch flipping ceremony, which happens around 6 p.m.

If seeing this isn't a priority, try to arrive later in the evening to avoid the masses. 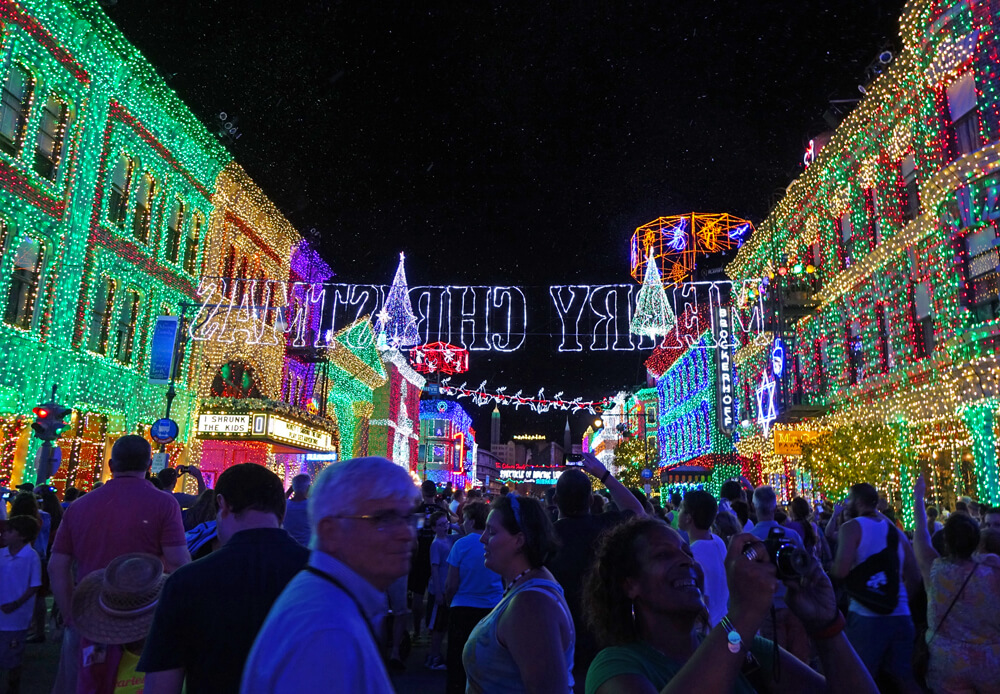 The Osborne Lights bring in A LOT of crowds. At times, you may find yourself at a standstill because of all the people. While it's possible not to avoid this, it will almost certainly be an issue on red crowd level day. Use our Crowd Calendar to visit on a green or at least yellow day.

Beyond that, avoid days that include Disney's Hollywood Studios Extra Magic Hours and days when Magic Kingdom closes early for Mickey's Very Merry Christmas Party. It also helps to visit when Fantasmic! is showing.

3. Wait until the end of the evening.

If seeing the flip-switching ceremony isn't a priority and you don't mind the tadpoles staying up a little later than usual, wait until the last 45 minutes to half hour before park close to enjoy the lights. You'll find much lighter crowds.

Also, the lights stay on at least 30 to 45 minutes after park close, so you can stay and enjoy most of the time (sometimes this is for private parties).

4. Leave plenty of time to let your eyes explore. 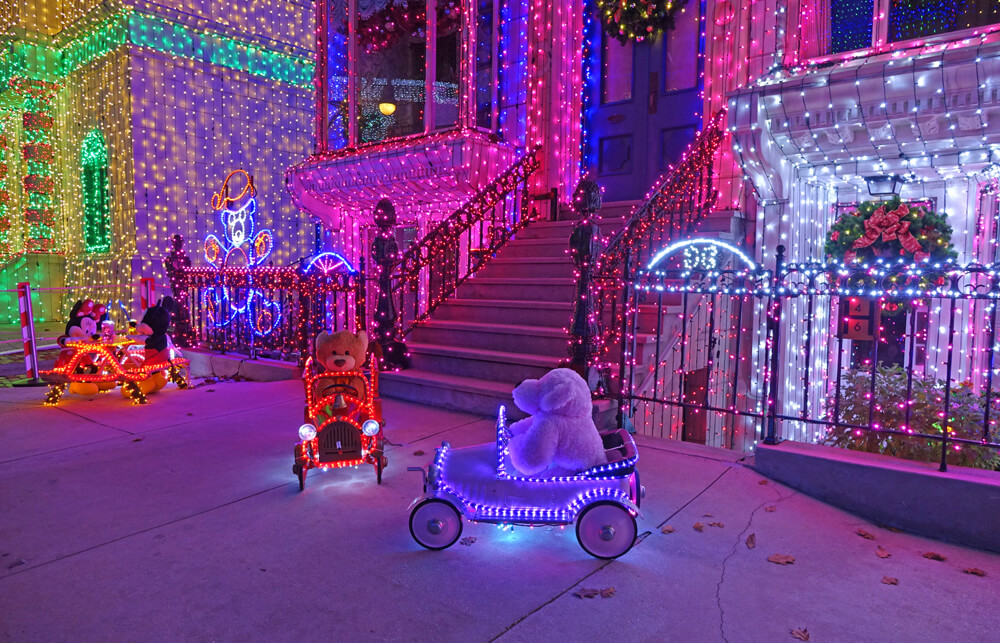 This isn't a 10-minute stroller drive-by experience. There really is so much to see inside the Lights, with different displays along the way. Give everyone at least 30 minutes, preferably 45 minutes, to really take in all of the lights and enjoy a few songs. It's really a lot of fun and quite moving. I can't help but shed a few frog tears every time I visit. 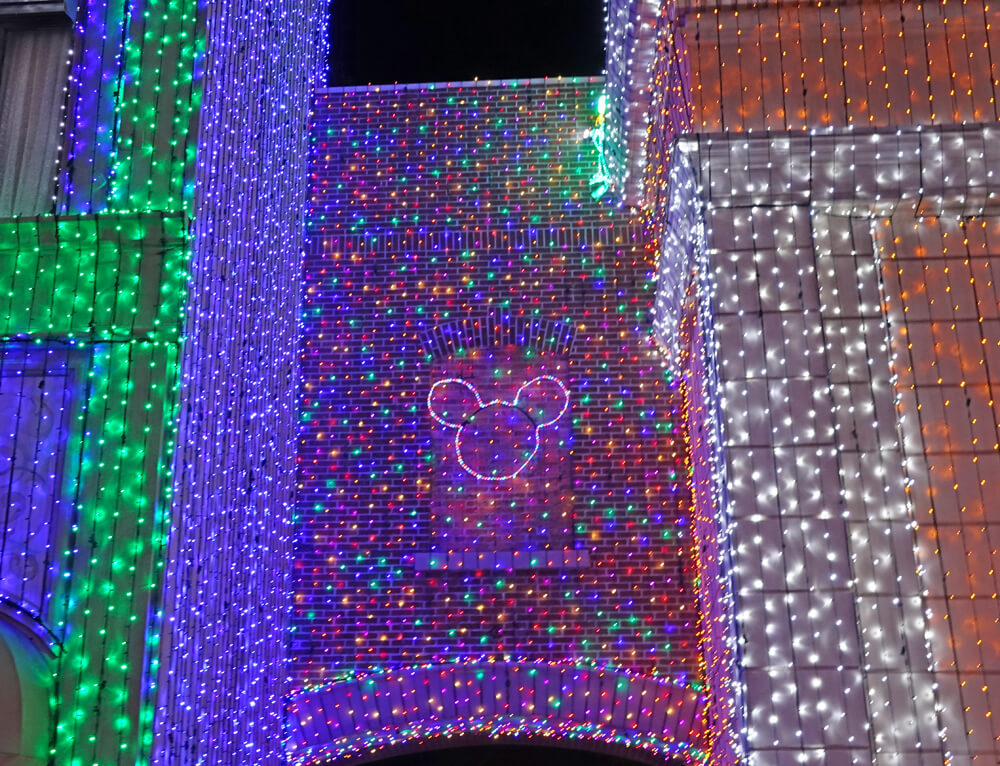 There are over 80 Hidden Mickeys inside the Osborne Family Spectacle of Dancing Lights 2015. Some of them are not so hidden, which makes finding them a fun game for all ages. This is probably Tad and Lily's favorite part of the experience.

Story goes, one of the Halloween decorations, an illuminated purple and orange cat, snuck its way in among all the Christmas lights. The cat moves every year to a new hiding spot, sometimes easy to find and sometimes it hides in trickier places. It's always fun to see who can find it first, in addition to the many hidden mickeys.

Have a tip for the Lights that we didn't include? Want to just share your appreciation for this amazing event? Drop us a line in comments below! Maybe we can lobby enough support to get the lights back another year.