With the great outdoors and amenities of a major city, Seattle is a popular destination for families to visit. Whether you're into hopping through the evergreen forests, exploring museums or people-watching at a local cafe, Seattle has you covered. If you're hoppin' over to Seattle with the tadpoles, then you'll need to be fully prepared regarding transportation, things to do, weather and more! Our top tips for visiting Seattle with kids will have you leaping to the Pacific Northwest in no time.

Tips for Visiting Seattle with Kids 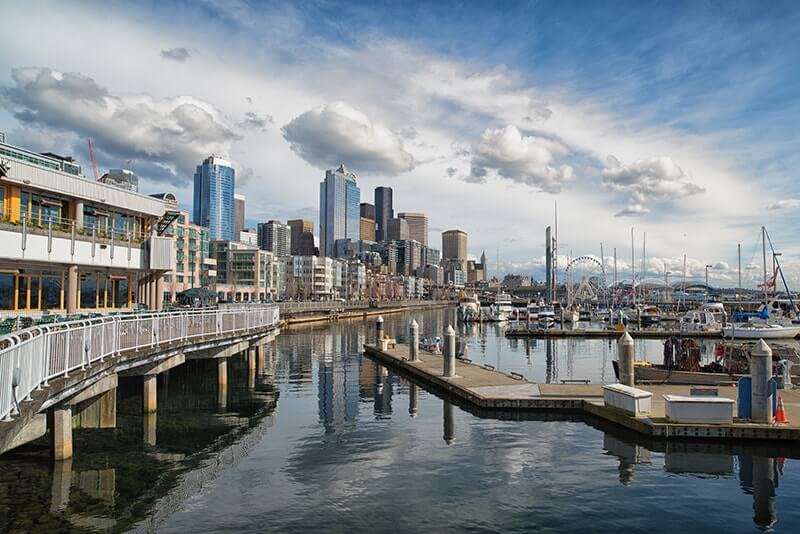 Airports and Transportation While Visiting Seattle with Kids

Public transportation is abundant in Seattle and makes navigating around the city fairly simple ... which is definitely good news for those visiting Seattle with kids. The city has the Link light rail, which travels through downtown from Angle Lake Station to the University of Washington. It makes several stops downtown and even at Sea-Tac Airport. Fare for the light rail starts at around $2.25. Other modes of transportation around Seattle include the Seattle Center Monorail, Seattle Streetcars and King County Metro Transit bus services. The buses travel throughout downtown and to further neighborhoods in King County. Four children up to 5 years old ride free with a paying adult! 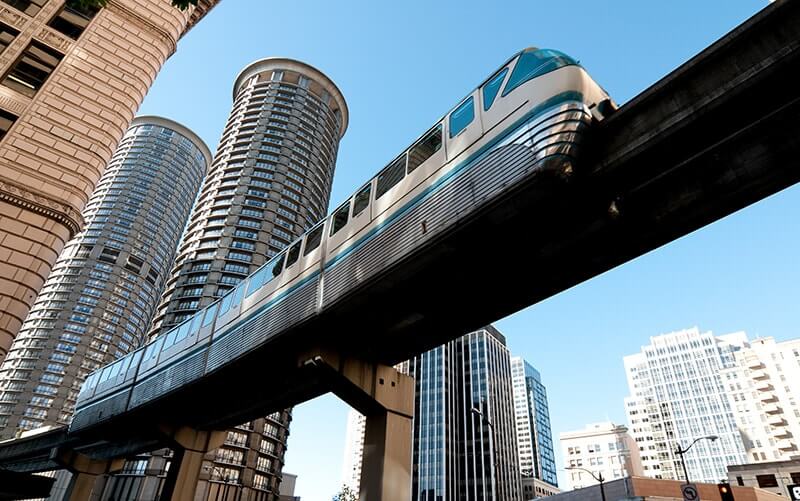 There's also, of course, the option of renting a car. And like many other major cities, Seattle offers taxis and ride sharing (like Uber and Lyft). When visiting Seattle with kids, renting a car is very convenient if you plan on exploring surrounding areas outside of downtown Seattle, such as going to the lakes and mountains or traveling to a nearby town. If you're going to rent a car or use taxis/ride-sharing with tadpoles that need car seats, then you'll want to know the rules that apply to you.

The following rules apply to both private cars and taxi cabs:

The Seattle area has three airports that serve the city and surrounding areas. While one is much larger than the others, you can easily access Seattle (depending on where you are flying from) from them.

Seattle-Tacoma International Airpot (SEA) is about 13 miles south of downtown Seattle and is the largest airport in the Seattle area. Sea-Tac has three terminals that are connected through the Satellite Transit System. To access Seattle from this airport, you can reserve a ride-share, grab a taxi, rent a car or hop on the bus. You can also board the Link light rail from Sea-Tac to get to downtown.

Seattle Boeing Field Airport (BFI) is a much smaller airport than Sea-Tac. Most people that fly into this airport are coming from the Pacific Northwest or Canada. BFI is only 5 miles from downtown Seattle, so if you're visiting Seattle with kids from either of the regions that usually fly into BFI, then you might consider this airport over Sea-Tac. This airport is also home to the Museum of Flight; check it out if you decide to fly to BFI.

Paine Field Snowhomish County Airport (PAE) is smaller than BFI. It's about 35 miles north of Seattle. Its passenger terminal is brand new and smaller (plus it has a fancy modern design), but it has some major airlines such as United and Alaska flying in.

Know the Weather Before Visiting Seattle with Kids

It's no secret that Seattle is known for its rainy and foggy days! So when visiting Seattle with kids, you'll need to be fully prepared on what to pack. Bring plenty of rain gear: umbrellas, rain jackets, durable/waterproof shoes and ponchos. If you're visiting during the months of January and February, pack winter gear (coat, hat, gloves, boots, etc.). These are usually the coldest months for Seattle. 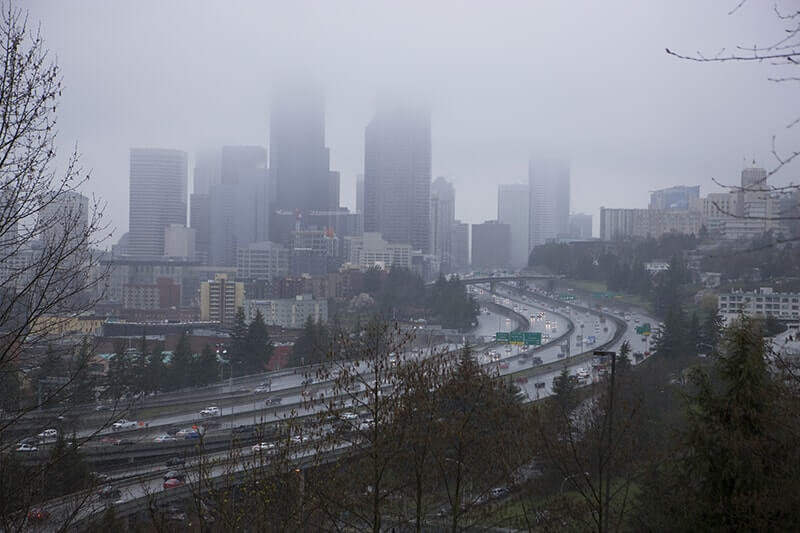 When visiting Seattle with kids during warmer months (such as April and May), the days usually start off cooler and then warm up to pleasant temperatures. You'll still want to pack some layers, but it'll definitely be warmer during these months. For summer (June, July and August), pack shorts, sandals and cool shirts. Always bring a light sweater. While Seattle isn't exactly known to be scorching hot during the summer, you should still bring items such as sunscreen if you're vacationing then.

Hop on a Tour

Do you love chocolate as much as we do (and as much as our tadpoles do)? Then the Chocolate Indulgence Tour is right up your alley! The tour makes stops for all of the chocolatey desserts you can imagine, including cupcakes, cheesecake and tons more. This is a great activity for parents and tadpoles alike; you can't go wrong with chocolate.

The Pike Place Market is an iconic attraction of Seattle and can also include interesting information about the city itself. There's no better way to get to know a new city than hopping on a tour (whether it's by foot, bus or Segway)!

There are dozens of fun and educational museums located all around Seattle. We frogs definitely recommend hopping over to a museum (or two) when visiting Seattle with kids. Everyone in the family will have a blast at the Pacific Science Center, where you can visit the Saltwater Tide Pool, get up close with butterflies at the Tropical Butterfly House and more. 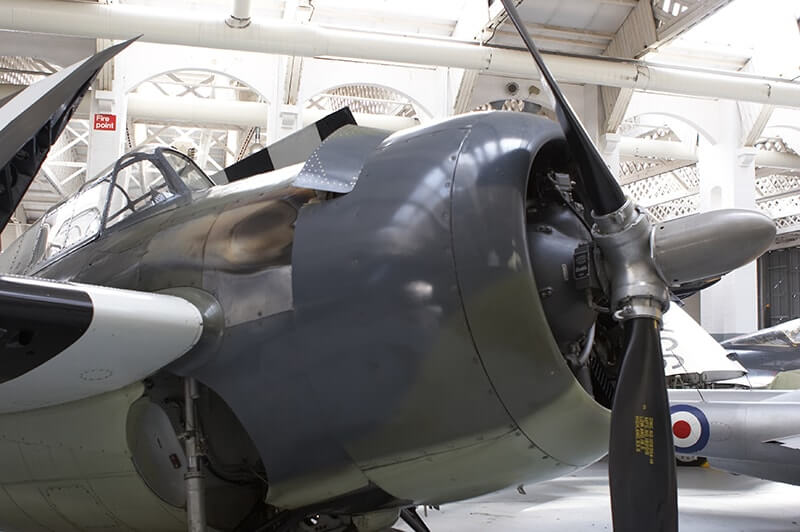 The Museum of Flight is also a frogtastic way to spend the afternoon. You and your tadpoles can learn more about the history of flight, starting with the Wright brothers, and see over 175 air and spacecraft. For a unique type of museum, hop over to the Seattle Pinball Museum. Relive the nostalgic days of pinball arcades while you and the kids play on a selection of over 50 pinball machines!

Seattle is a gorgeous city with plenty of natural beauty to be seen and explored. Getting outside is a perfect way to let the tadpoles burn off some energy and get some vitamin D. Enjoy the outdoor green space at Green Lake Park. The park offers boating, swimming, kayaking, rowing and more. The park is also home to lots of local wildlife; it's a great place for bird-watching! 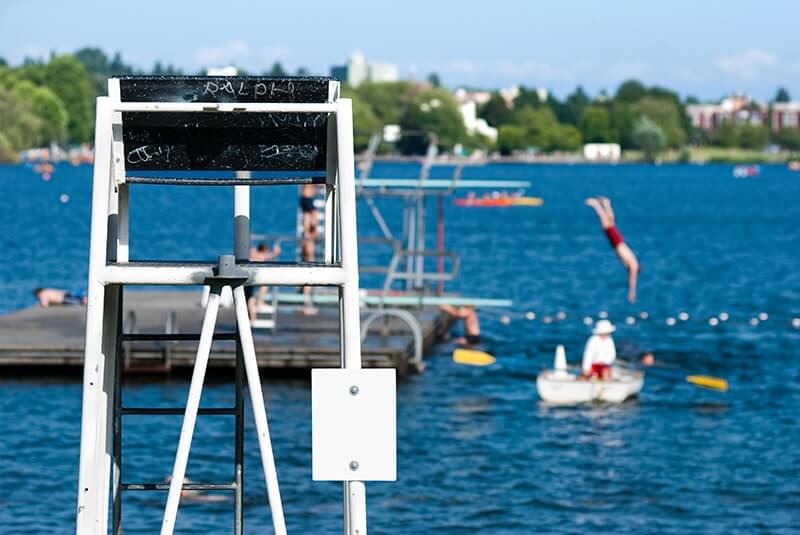 Spend a pleasant afternoon with the animals at the Woodland Park Zoo. Tadpoles will love seeing all types of animals, from red pandas to mountain goats. Hop over to Discovery Park for miles of beach trails and walking paths. At Discovery Park, you'll also find a lighthouse that dates back to 1881! You'll get picturesque views of the Olympic Mountains, sea cliffs, forests and more.

Be Street Smart When Visiting Seattle with Kids

When visiting any new city, you should be aware of your surroundings and stay close together. Here are some general safety tips for visiting Seattle with kids:

Seattle has a number of kid-friendly hotels to choose from. We recommend taking a look at The Westin Seattle. This hotel is in prime location, near shopping, restaurants, the monorail and more. There's also an indoor pool and jacuzzi the whole family can enjoy after a day of exploring. If you're looking for large suites, check out the Four Seasons Hotel Seattle. The hotel also features an outdoor heated pool with views of the waterfront and some rooms also offer views of the waterfront! The Residence Inn is a great choice for those on a budget and features spacious suites and free breakfast.

Have tips for visiting Seattle with kids? Please share them in the comments section below.