Elsa doesn’t cast her icy powers toward sunny central Florida that often. I’ve always wondered if there even is an official winter season in Florida. I’m a South Carolina girl, so I’m not a stranger to warm spring temps one day and a chance of snow the next. (Seriously, as I’m writing this, a month ago we had snow on the ground. Today, it's December and it’s been in the 70s all day.) I think our climate is confused.

That said, for many, a common question to arise (over a suitcase, most likely) during this time of the year is what do I wear? What should I expect at Disney World in winter? Shorts or pants? Scarfs or shades? It’s hard to make your way to the most magical place on Earth from literal feet of snow and be 100% braced for the shift in weather. Today, I hope to give you some ideas to make your Disney World winter trip packing and planning enjoyable. We are talking “winterizing” your trip during the harsh (ha ha ha) Orlando winter months. Let’s get going! 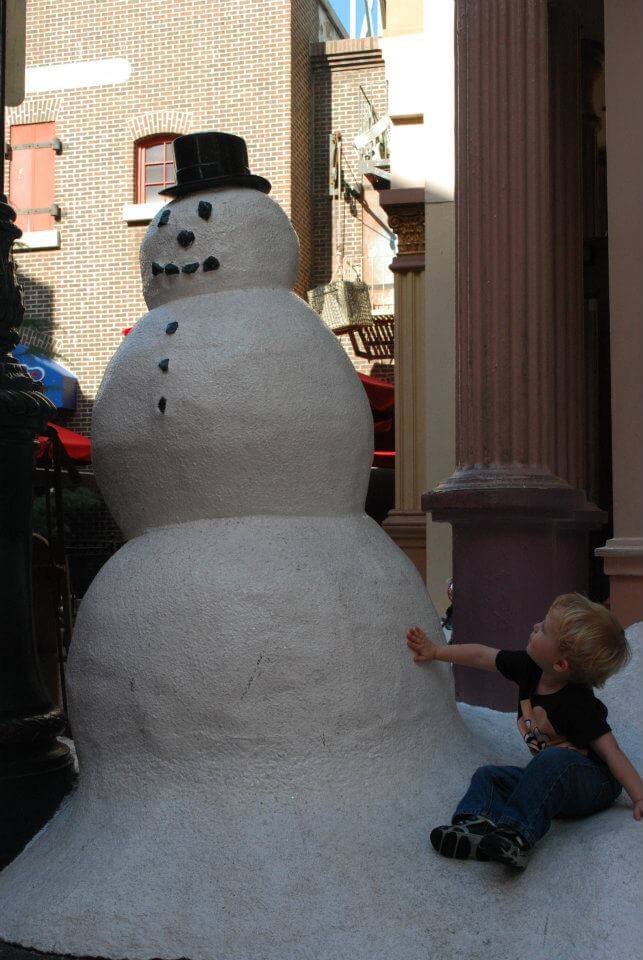 Aside from Wandering Oaken's Trading Post & Frozen Snowground, if you’re looking for a snowy scene to vacay in, think elsewhere. What kind of weather can you look forward to? Average highs for the peak of winter (January/February) are the lower 70s with lows near 50. These moderate temperatures are a welcomed relief to the frozen North and the alternative scorching hot summer days that Orlando sees (let’s not forget the massive afternoon thundershowers). You’ll still have a chance of showers during the winter months, but the temperatures are much more enjoyable.

But what will you wear?

Ah, the age old debate. You’re heading to Disney World and ultimately, if you’ve got luck anything like mine, you pack a suitcase full of clothing fit for the Sunshine state only to be hit by the worst ever arctic air blast in history. You know the one, hits only Orlando, comes complimentary with your own little Eeyore-approved rain cloud, and not a hoodie in sight for sale. Okay, so that’s probably a bit dramatic. This is a rare occurrence, but one that you can certainly cast a little sunshine on! 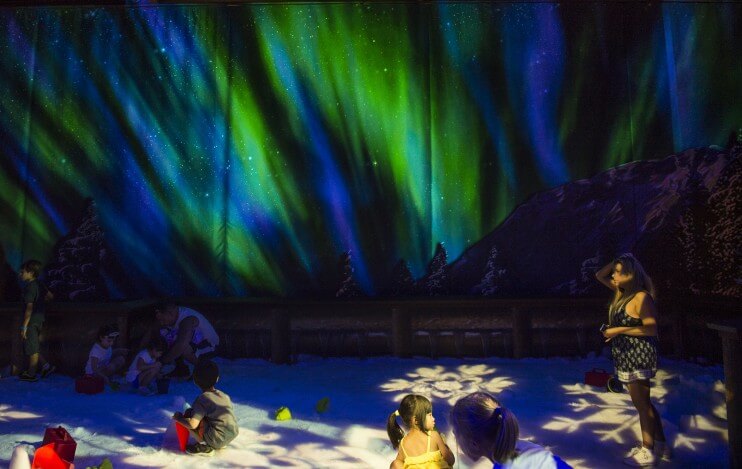 Most of you will find that layers are the way to go. Capris and layers are a safe bet. You can pack a couple of pairs of shorts and some heavier pants if you’re feeling really nervous (but who really has space for that when factoring in your merchandise overage …). Layering up is my biggest tip to friends visiting Disney during the fall, winter and spring. Something as simple as a pullover can easily be carried through the parks in a stroller, backpack, wrapped around your waist, or stowed in a rental locker. I’ve been in the parks in every season and have wanted a jacket in the early morning and late night in three out of four ... that leads us to the next section … 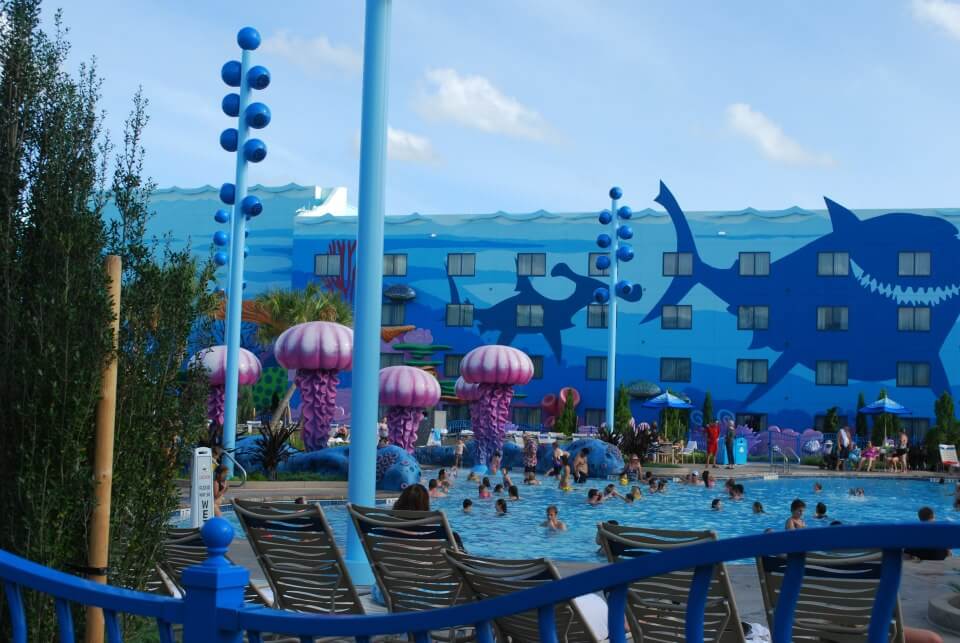 OK, before you get too carried away, this is not in reference to pool and waterpark policy at Disney. There is a strict “no suit, no swim” policy in effect. What this super cute subtitle is referring to is the fact that many vacationers take advantage of the pools well into the winter! Barring refurbishment, waterparks remain open throughout the winter season. That’s right! You can make a day of it, just check the calendar before you plan away (Typhoon Lagoon is closed through January 3rd for refurbishment). Also, resort pools are open and heated as well. Depending on your tolerance and thoughts about parading around in a bathing suit during the winter season, swimming is a reality in the winter ... at Disney World that is! 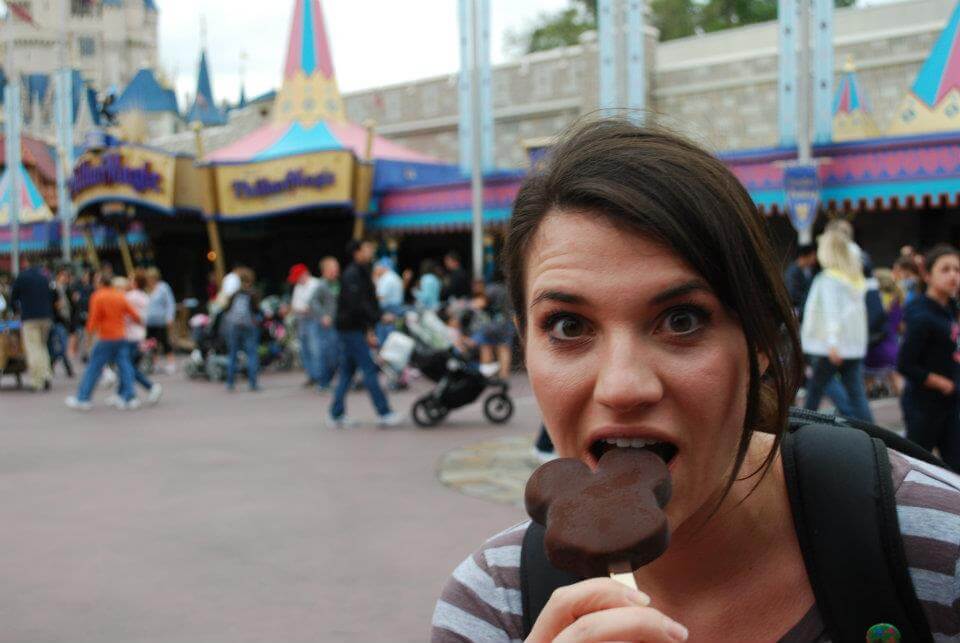 I hope this post has inspired you to move into more planning for the fun times ahead and less time fretting over the temperatures and frigid winter conditions. Watch me end up eating my sarcasm. I fully expect to see that Elsa-caliber freeze before the official start of the winter season, just because I wrote this piece. You can’t say I didn’t suggest those layers (and what the heck, why not spend some money on an awesome Disney sweatshirt???).

Now it's your turn. Share your favorite tip for Disney World in winter in the comment section below!

Until next time, keep it magical!

Ashley is the author of Disney: Done Right Blog and a writer for Chip and Co. You can find her on Facebook and Twitter!