What to Expect at the Disney World Marathon & Other RunDisney Events 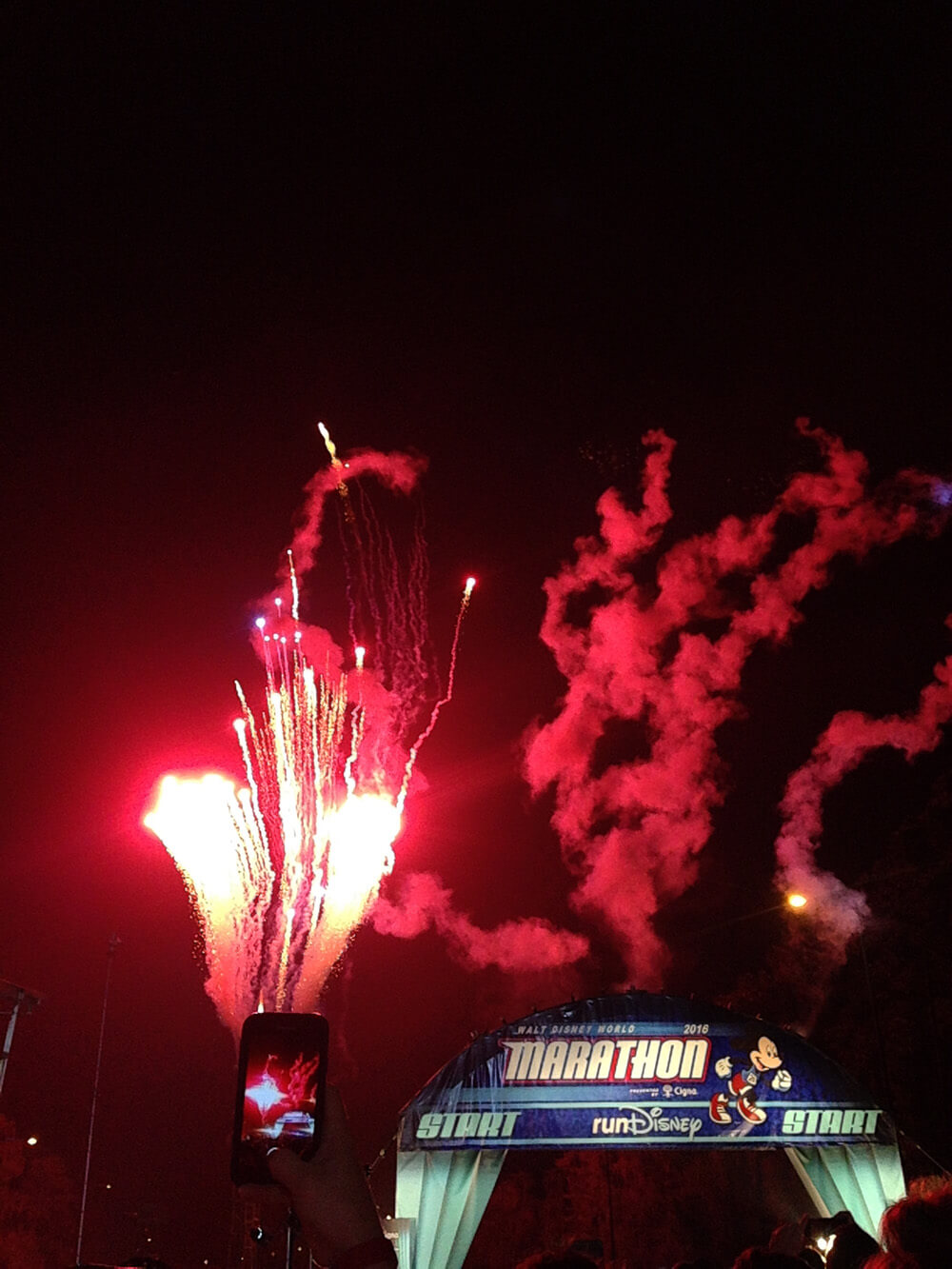 Thousands of runners make their way each year to the Most Magical Place on Earth and beyond to race the Walt Disney World Marathon. With nearly 100,000 runners and their families invading Walt Disney World Resort this year, the event was a crowded and busy one. I was one lucky frog to be a part of that number and run (well actually, hop) the Walt Disney World Marathon. Despite it being 26.2 miles, the race is truly thrilling, especially since the course takes you through all four theme parks. There are plenty more runDisney races being held this year. If you think you might be interested in the marathon or any runDisney event, this post will help prepare you for what to expect!

Being my first full marathon (I've ran a few halfs), I started training around mid-August. The plan consisted of four days of running, one cross training day, one day of rest and one day of active rest (doing something light, like taking a 30-minute hop around the pond with Lily to work off soreness). It was quite the commitment, but I always had Leap, Tad and Lily cheering me on. This is how my schedule went:

RunDisney events tend to sell out pretty quickly, especially Walt Disney World Marathon Weekend races; I recommend signing up for the email list so you know when a specific race registration opens. You'll need to signup through runDisney's website.

What It's Like to Run the Walt Disney World Marathon 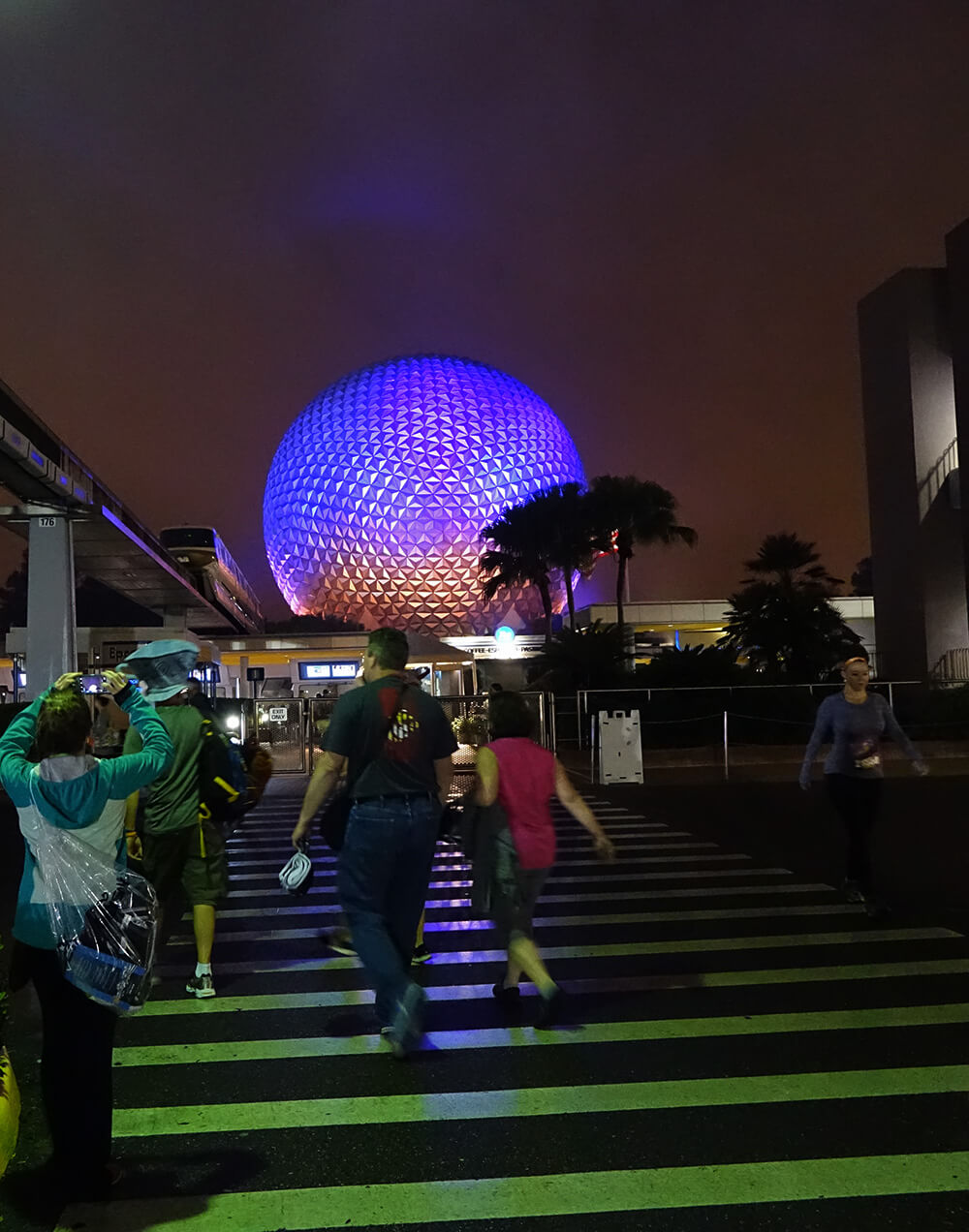 After enduring many months of training and anticipation, race weekend had finally arrived! Leap and I dropped Lily and Tad off with the grand frogs since it was to be such a short trip for us. We then hopped on the plane to Orlando and arrived a few days ahead of race day to experience some of the parks, of course! We spent a busy day at Magic Kingdom and another at Universal Orlando. I decided it was wise to use the day before the marathon to rest my froggy legs by the pool, seeing as it was bright and early at 5:30 a.m. Sunday.

If you’re staying on-site, Disney recommends you be on the bus by 4 a.m. to make it to the starting line at Epcot on time. Buses start loading and leaving, though, at 3 a.m. and I was up and ready to go by 3 a.m. (frog nerves). We stayed at Disney’s Coronado Springs Resort; if you’re able to stay at a Disney hotel during race weekend, we highly recommend it! Complimentary transportation to the expo and races is helpful and you don’t have to worry about parking or fighting the traffic yourself. (See our reasons to stay at a Disney World Resort Hotel!) 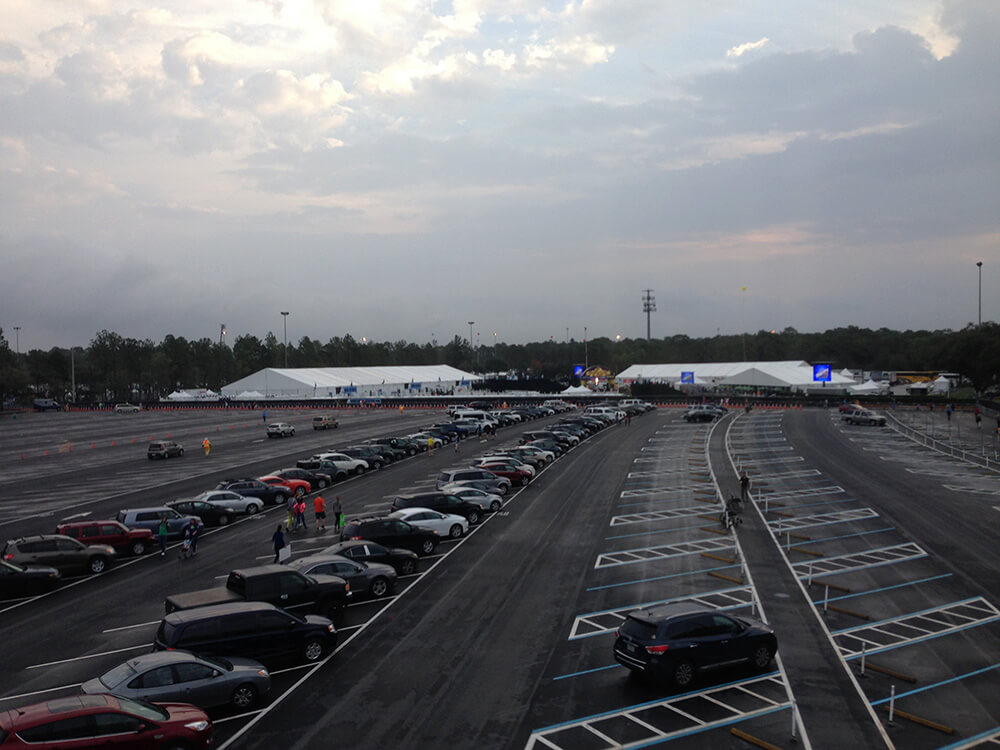 That being said, it’s not toadally necessary to be on the bus by 4 a.m. unless you’re dying to get to the pre-race events, take a ton of pictures and such. I left the resort on the bus around 3:50 and arrived at Epcot by 4:10ish. You have to go through security and check in any bags you might have, but that doesn’t eat up too much time either. The start line is about half a mile away from the pre- and after-race events area, so leave enough time to make it over to your corral.

Spectators are also welcome to use the buses! To watch runners at Magic Kingdom Park, you don't even need a park ticket, which is awesome. Leap took a shuttle from the hotel to Epcot and then hopped on the Monorail to the transit center. From the transit center, he took the Monorail to Magic Kingdom and walked through the ticket gates! Anyone is able to enter and cheer on runners. However, you can also pay to join the ChEAR Squad on the runDisney website; depending on the package you purchase, you receive a waterproof blanket, Mickey clappers and a t-shirt. The more premium packages also include a reserved grandstand seating, private restrooms, beverages and more. 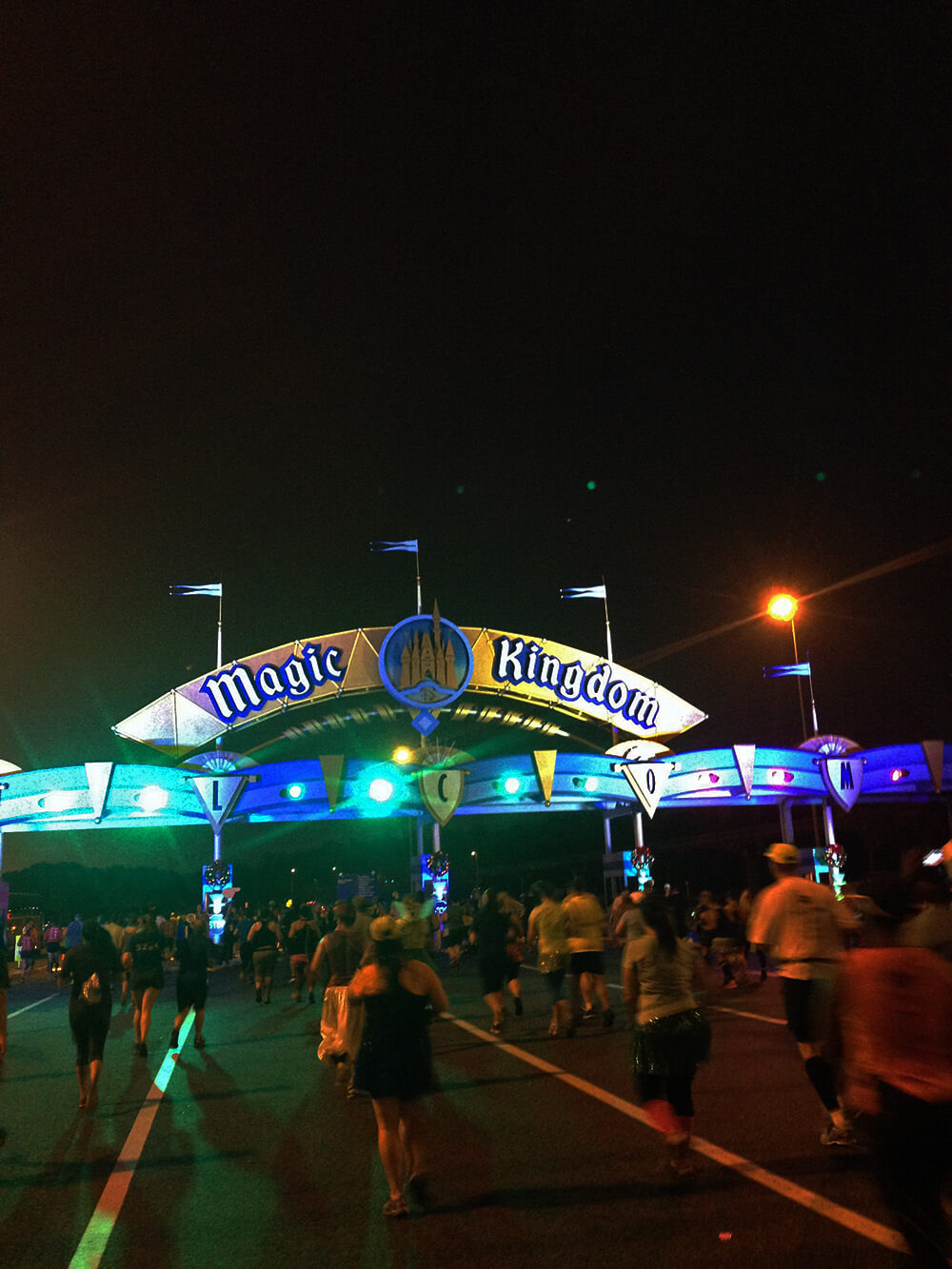 Waiting around in your corral before a race starts is usually somewhat unnerving and annoying. However, time went by super quickly when waiting to start the Walt Disney World Marathon and before I knew it, I was about to hop across the starting line. A DJ plays high-energy music, and Mickey Mouse counts down the start of each corral while fireworks boom and light up the sky! The race officially started at 5:30 a.m.; I was in corral I (corrals start at letter A), so I actually began the race around 6:00 a.m. It was a very humid and cloudy morning; I think a lot of humans were worried about this, but seeing as I'm used to a lot of moisture around the lily pad, I didn't even blink an eye!

The first part of the race consists of making the trek from Epcot to Magic Kingdom. You run enter Magic Kingdom’s parking lot right after mile three, eventually hopping through Main Street U.S.A. and around Cinderella Castle to Tomorrowland. In my opinion (and probably a lot of others), this is one of the best parts of the race! The castle is lit up and depending on what time you arrive here, the sun is just rising and the colors are magnificent. It is such a sight to see! This part of the race is also a great photo opportunity. There are a ton of spectators lined up on Main Street with hilarious and encouraging signs. This part of the course really got me pumped. I also saw Leap's smiling face here with a sign that said, "26.2 miles: it's just a little LEAP through the park," so of course I felt even better after that! 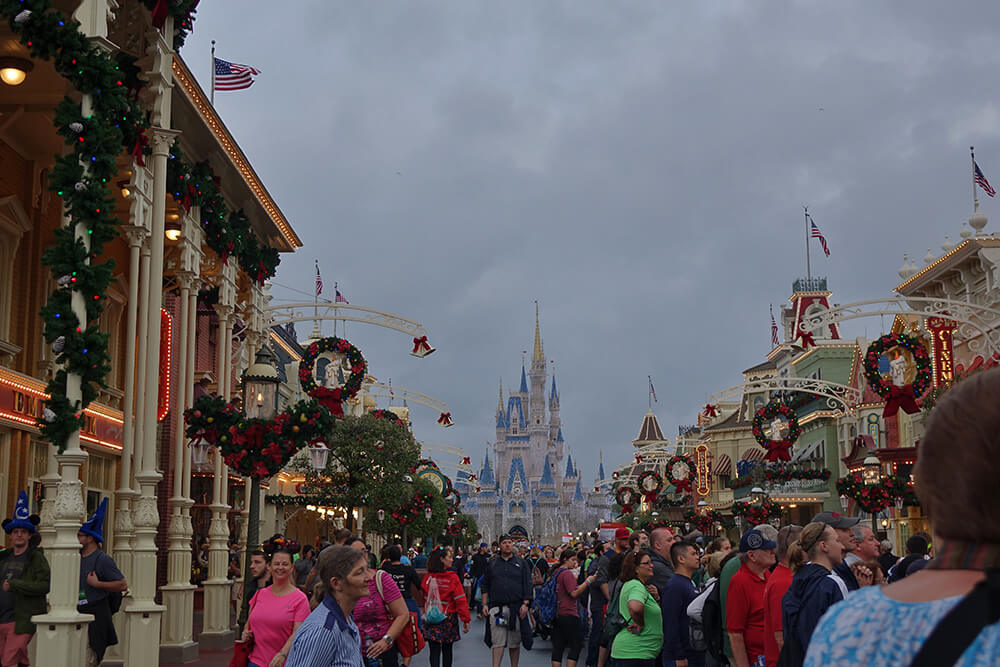 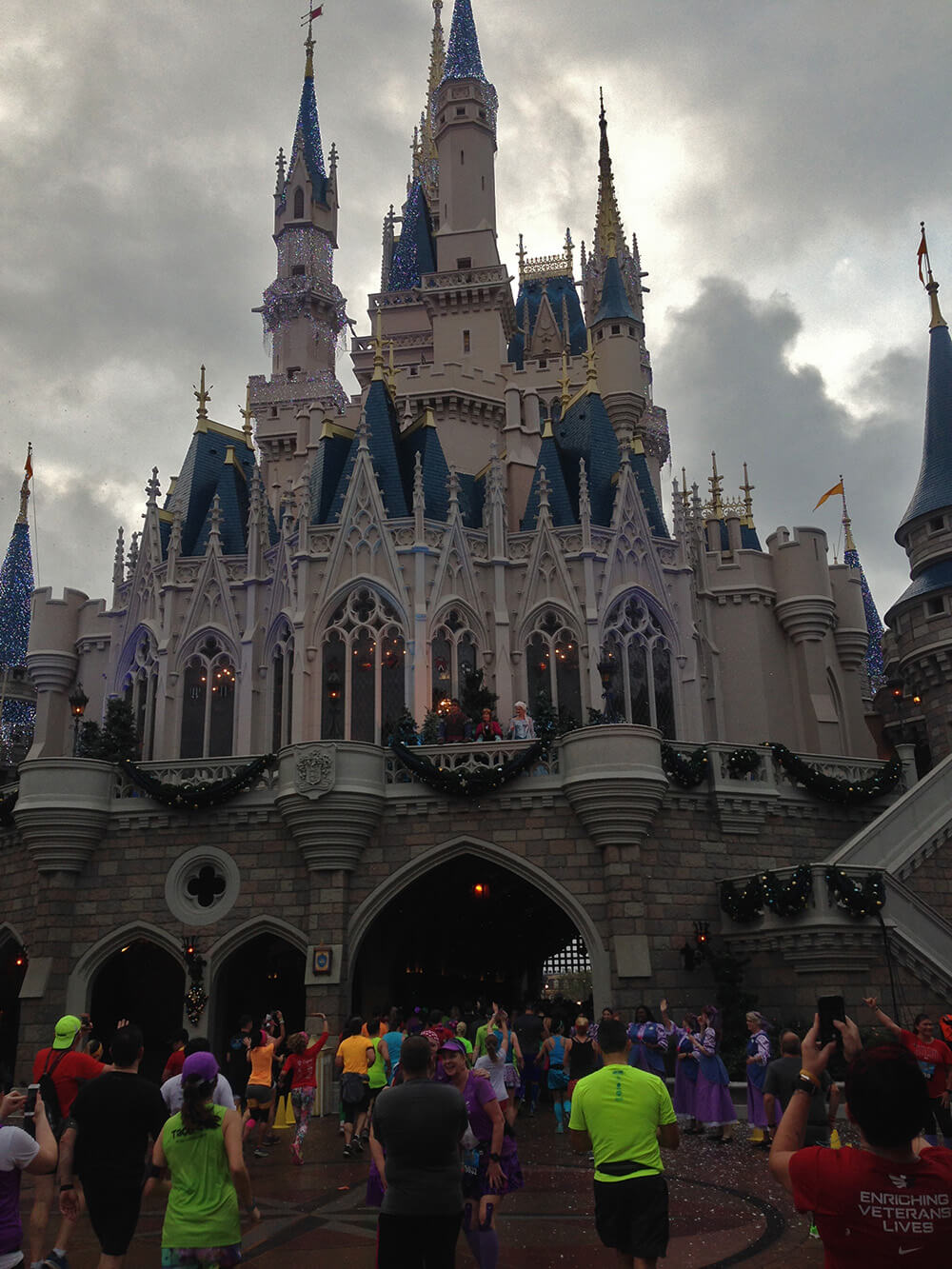 You then speed through Tomorrowland, Fantasyland, around through the back of Cinderella Castle (where we saw Anna, Elsa and Kristoff waving) and into Frontierland where you exit Magic Kingdom after mile 8. The next four miles consisted of venturing over to Disney’s Animal Kingdom, where you also pass the golf course.

Animal Kingdom was a hoot. Right as you are entering the park at around mile 12, there are real live animals greeting you. The best part – you can actually stop to pet them! Take your pick of holding a snake, or petting a pig, donkey and rabbit. There were no frogs that I saw (minus this one), but I’m positive there were a couple of other animals I missed.

Passing by Expedition Everest was also great; the park was set to open in around 20 minutes and when I hopped through, cast members were allowing runners to actually get in line to ride! As tempted as I was to jump in line, I knew it would be extremely difficult for me to continue to run afterwards, so I trekked on. After exiting Disney's Animal Kingdom around mile 14 and hopping on overpasses, we entered the ESPN World Wide of Sports complex. You enter the complex after mile 17 and make a loop through the complex; this seemed like the longest part of the course, probably because there wasn’t a whole lot to look at and these were the hardest miles for me (miles 18-20). 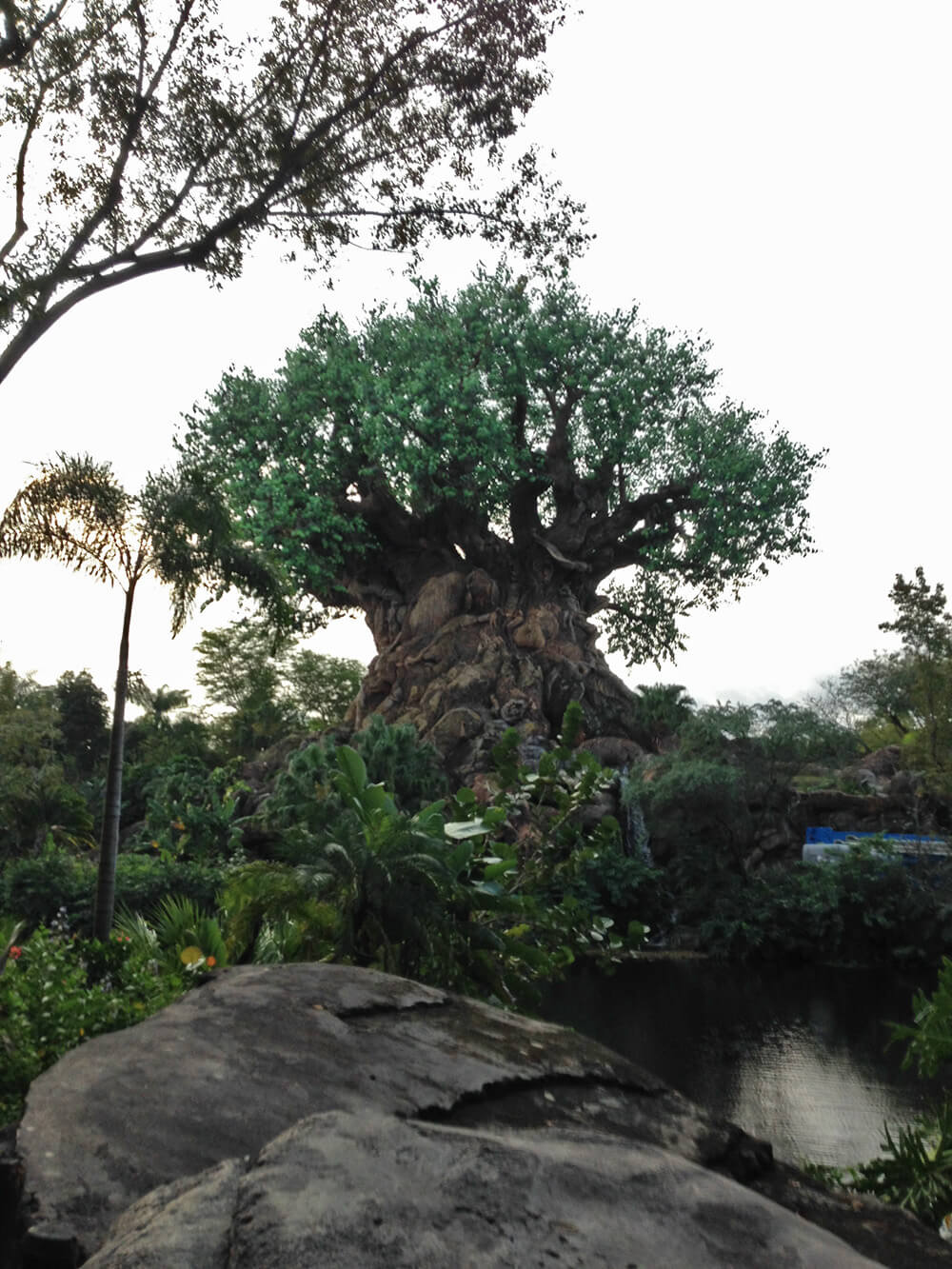 Somehow, though, I channeled some of that mighty frog energy from deep down inside and pushed through the next two miles to Disney’s Hollywood Studios. At this point, the parks were open, so when we passed by The Twilight Zone Tower of Terror at mile 23, there were plenty of park-goers to cheer us on.

Ending the race in the World Showcase of Epcot was a pretty grand conclusion. Right as you enter the UK Pavilion, intense music blares in your ear. If I didn’t think I could find the strength to push through the last couple of miles, I can almost guarantee that music helped me find it! (I also saw a lot of spectators with yummy drinks from around the World, and it inspired me even more to leap across the finish line.)

Make sure to smile at the cameras and wave as you cross the finish line. They were actually recording us as we finished, and when I saw my video, I wish I had waved or done something a little fun. If you still have a runner’s high and aren’t completely wiped out, try to enjoy some of the post-race festivities. Plenty of music, festivities and drinks to celebrate with; if you are feeling spectacular, go to the parks! There’s nothin’ like proudly wearing that marathon medal while riding down Splash Mountain. The buses still run from the race area to the resort hotels afterwards if you need to take a dip in the pond or rest!

If running 26.2 miles isn't your thing, do not fret! There are plenty of other runDisney events to choose from! From half marathons to 5Ks and Kids Races, runDisney offers creative and fun races to participate in.

All in all, my first runDisney event was a hit for me. The race was hands down the most magical race I’ve ever participated in and it was well organized. If you have the inspiration to signup for the Walt Disney World Marathon or any other runDisney race, I say go for it!

Have questions about the Walt Disney World Marathon or any of the runDisney events? Share it in comments below.