Which 'Monsters' Character Do You Most Resemble?

Update: Jennifer F. was the winner of our T-shirts giveaway!

With the opening of "Monsters University," we're officially declaring this Friday a Frog Family holiday.

For the last few months, Disney has been promoting its Monstrous Summer in coordination with the movie's launch, and perhaps it has swayed some of you to see the movie and maybe even some of you are making a trip to Walt Disney World this summer to meet Mike and Sulley in person! I know we can't possibly be the only Monsters fans, because they were out in force at the Magic Kingdom® Park's All-Nighter (the kickoff to the Monstrous Summer). 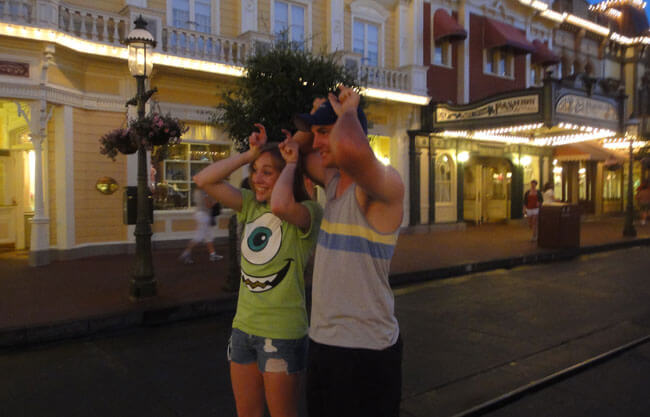 As much fun as we had at the All-Nighter, we can't wait to see the "Monsters Inc." prequel, because we love the original. I can't speak for Leap, but "Monsters Inc." is my ALL-TIME favorite Disney movie! And it's not because it was one of the first "kids movies" I took Tad to when he was a baby (even though it was), and it's not because of its sweet and funny storyline.  It's because I truly related to the characters -- even though they were all mostly a bunch of monsters. 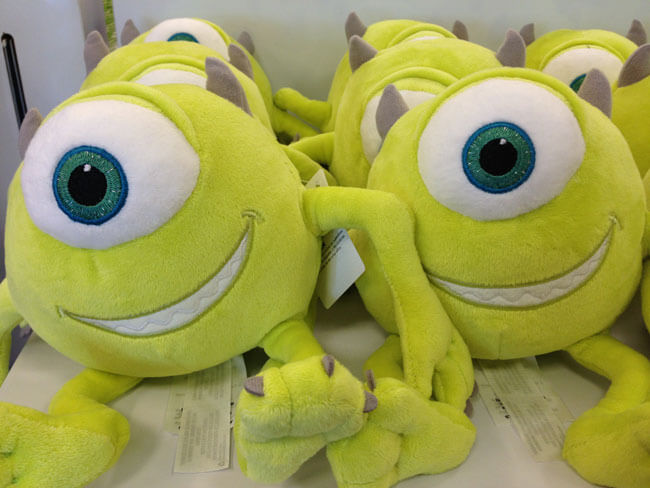 Indeed, I think we've all known a few Sulleys and Mike Wazowskis, right? Maybe even a Randall? Maybe you're the Randall? Nah, you all are too nice :)

I don't usually talk about this -- but in the Frog household, everyone calls me Roz. If you don't remember Roz (How could you not remember the undercover head of the Child Detection Agency posing as Mike Wazowski's boss?), perhaps this friendly exchange might ring a bell:

Mike: Good morning, Roz, my succulent little garden snail. And who will we be scaring today?

Mike: Oh, that darn paperwork! Wouldn't it be easier if it all just blew away?

After years of Tad and Leap calling me Roz, I have come to see it as a term of endearment. After all, I do keep the whole household running so efficiently :)

Thanks to all of this Monstrous promotion going on, I finally have my own mini-Roz. Leap picked it up for me on a recent trip to the Disney Store with Lily. She sits on my filing cabinet and brings a smile to my face every time I see her.  And she reminds me to file the paperwork. Not that I would forget. 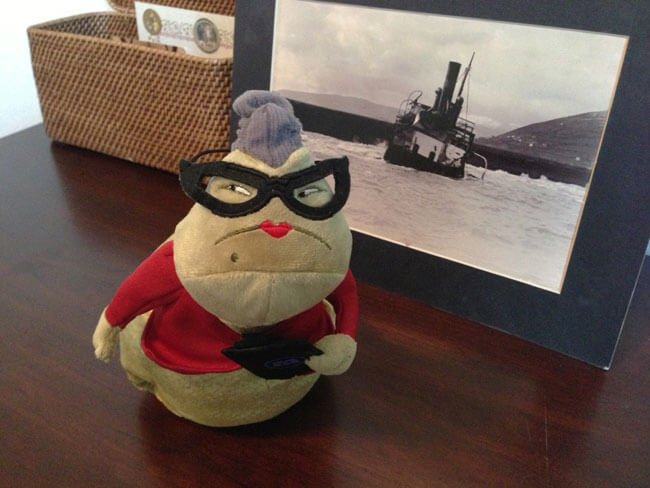 I can't possibly be the only Roz out there. Surely, some of you embody her lovely attributes. Or maybe you're the lovely Celia (that's Celia-Wilia for all of you Sulleys). 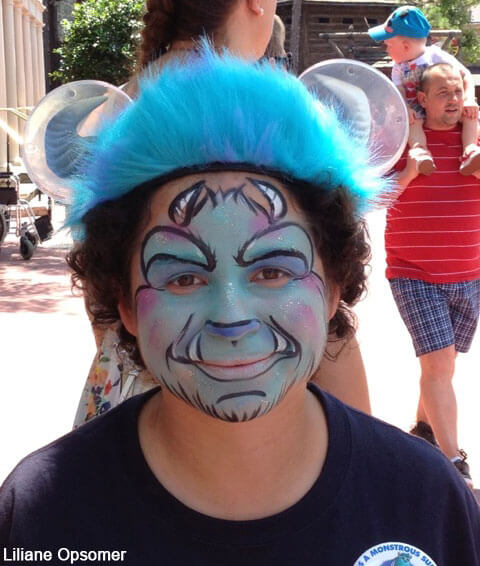 In honor of the official Frog Family holiday, we want to know which Monsters character you most resemble and why? Share in comments below! And as a special surprise, we'll give one commenter who posts before Monday, June 24,  four Undercover Tourist T-shirts.*

Related: Up All Night -- The Start of a Monstrous Summer at Disney World

* Commenters have until 9 a.m. Central Standard Time on Monday, June 24 to make a comment. Entrants will be chosen randomly. Open to legal residents of the United States and the District of Columbia (except residents of Rhode Island, Puerto Rico, the Virgin Islands and U.S. Military installations located in a foreign country).