At last, today was the day of the Universal Orlando® Resort's live webcast surroundingThe Wizarding World of  Harry Potter™ - Diagon Alley™. Those of you expecting an official opening date to be revealed might have been disappointed, but Universal did provide a few more tantalizing details about the new Potter area coming to theUniversal Studios Florida®. Let me just say, if we were excited before about the prospect of the Wizarding World of Harry Potter expansion, we are positively giddy at this point! (Yes, it's time to start planning that visit to Universal this summer.) 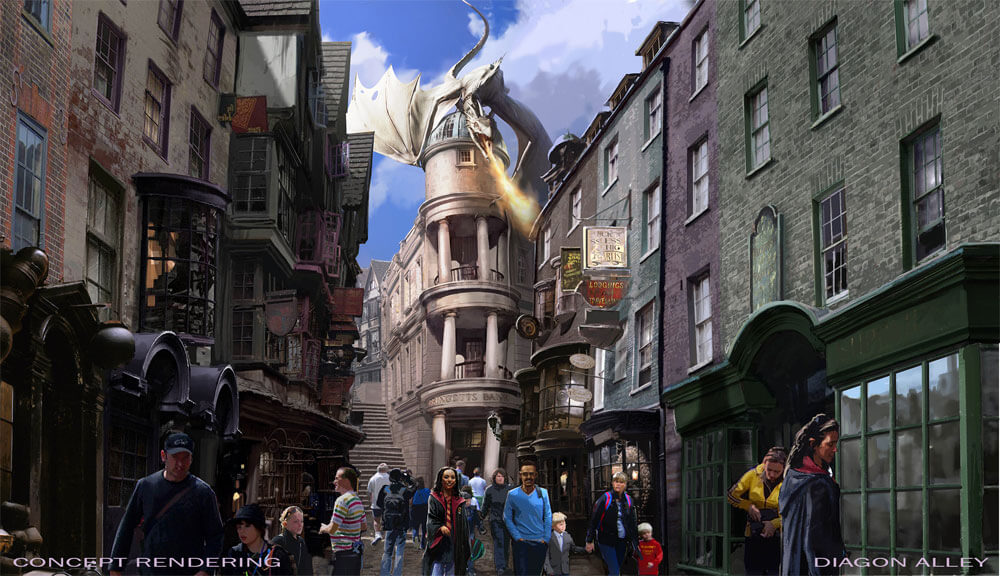 What Universal did reveal during today's webcast were a few more details about the new Potter area coming to Universal Studios, including the name of its marquee attraction - Harry Potter and the Escape from Gringotts™. Even more importantly, it provided the first look inside the Hogwarts™ Express and Escape from Gringotts, where the webcast was broadcast. 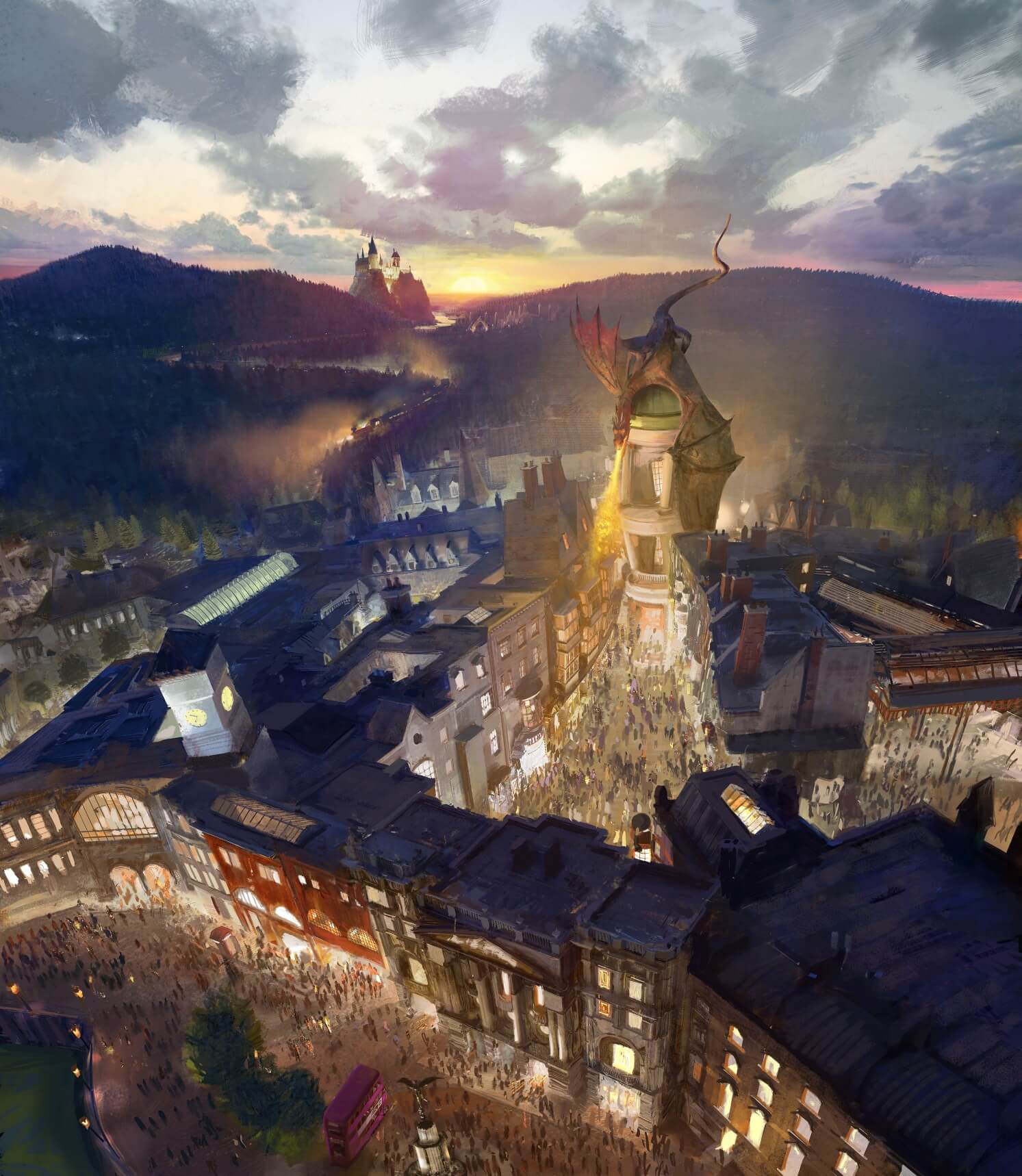 On hand for today's big reveal were Harry Potter cast members Matthew Lewis, James Phelps, and Evanna Lynch, who are joining this weekend's A Celebration of Harry Potter at Universal Studios. 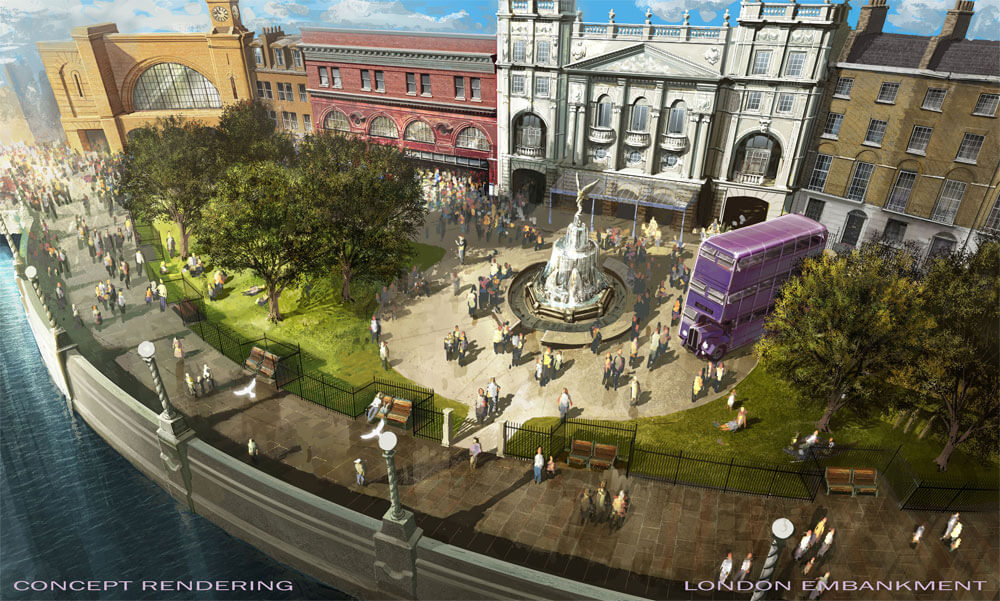 Looking ahead to this summer,Universal Studios Florida® guests will begin their journey in modern London, where they will encounter the Knight Bus, of course. Diagon Alley, where Harry got his first wand, will be nestled inside the streets of London and home to the amazing shops that Potter and his pals encounter in the books and films.

At the end of Diagon Alley, guests will find King's Cross Station, where they will board the Hogwart's Express over to Hogsmeade, the original Wizarding World of Harry Potter in Universal's Islands of Adventure®. 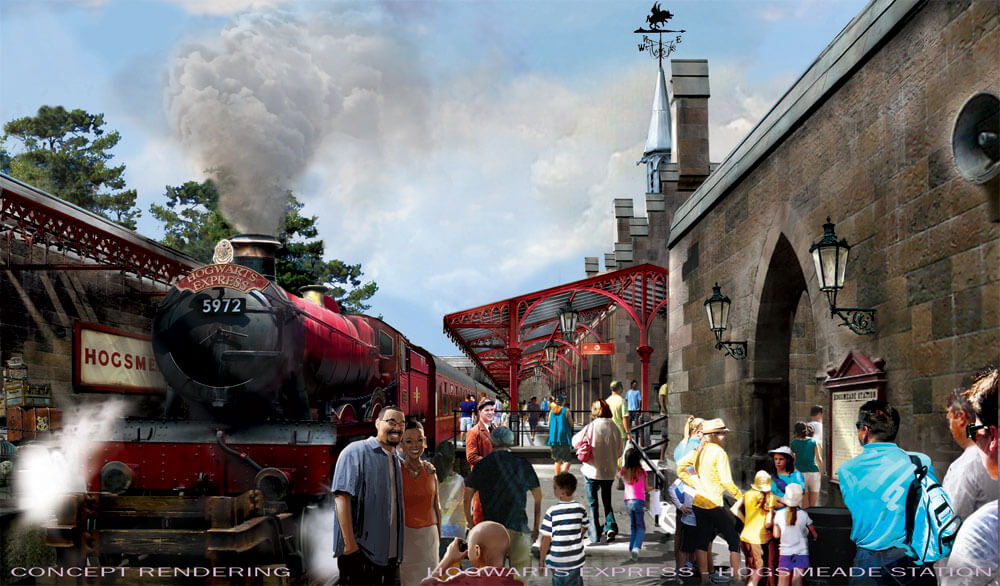 Along the way guests will take in the views of London and the British countryside while encountering different characters and creatures from the films. It's important to note that guests will need a park-to-park ticket in order to ride the Hogwart's Express. (More details on this below).

While many details have already been revealed about the Hogwart's Express, very few details are known about Escape from Gringotts. A giant dragon that will breathe actual fire sits atop the bank. While we don't yet know just what type of multi-dimensional thrill ride it will be, Universal's Woodbury said that the whole family would be able to enjoy both attractions, leading us to believe that neither would have a height requirement. Guests will navigate their way through the cavernous passageways of the Gringotts vaults and encounter Harry, Ron and Hermione along their journey.

For further exploration and to whet your appetite even more, we highly recommend checking out the website created for the Wizarding World of Harry Potter, where you can explore Diagon Alley "on foot" and get a better look at some of the shops and attractions. 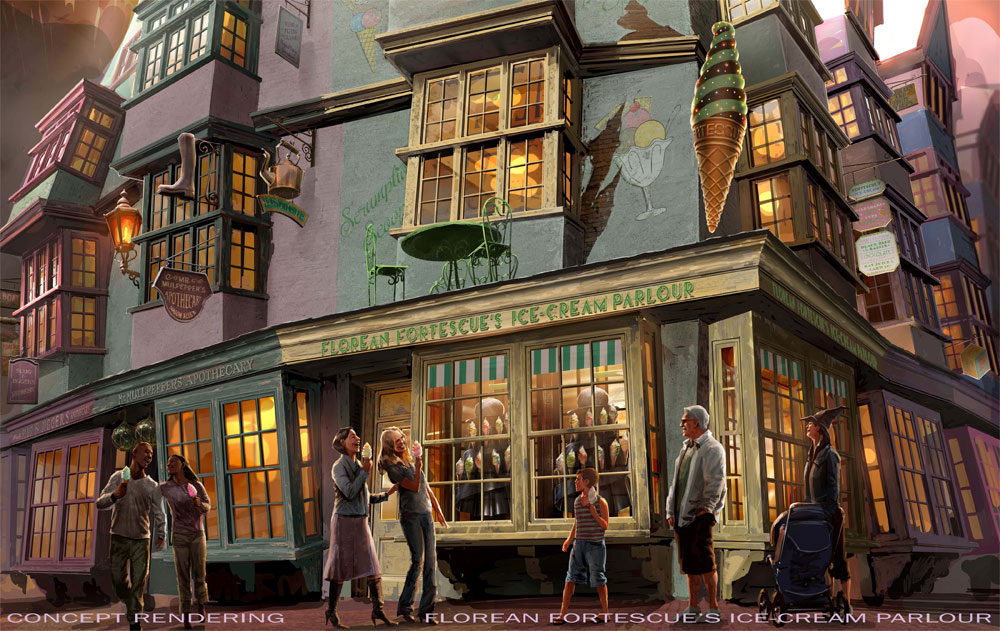 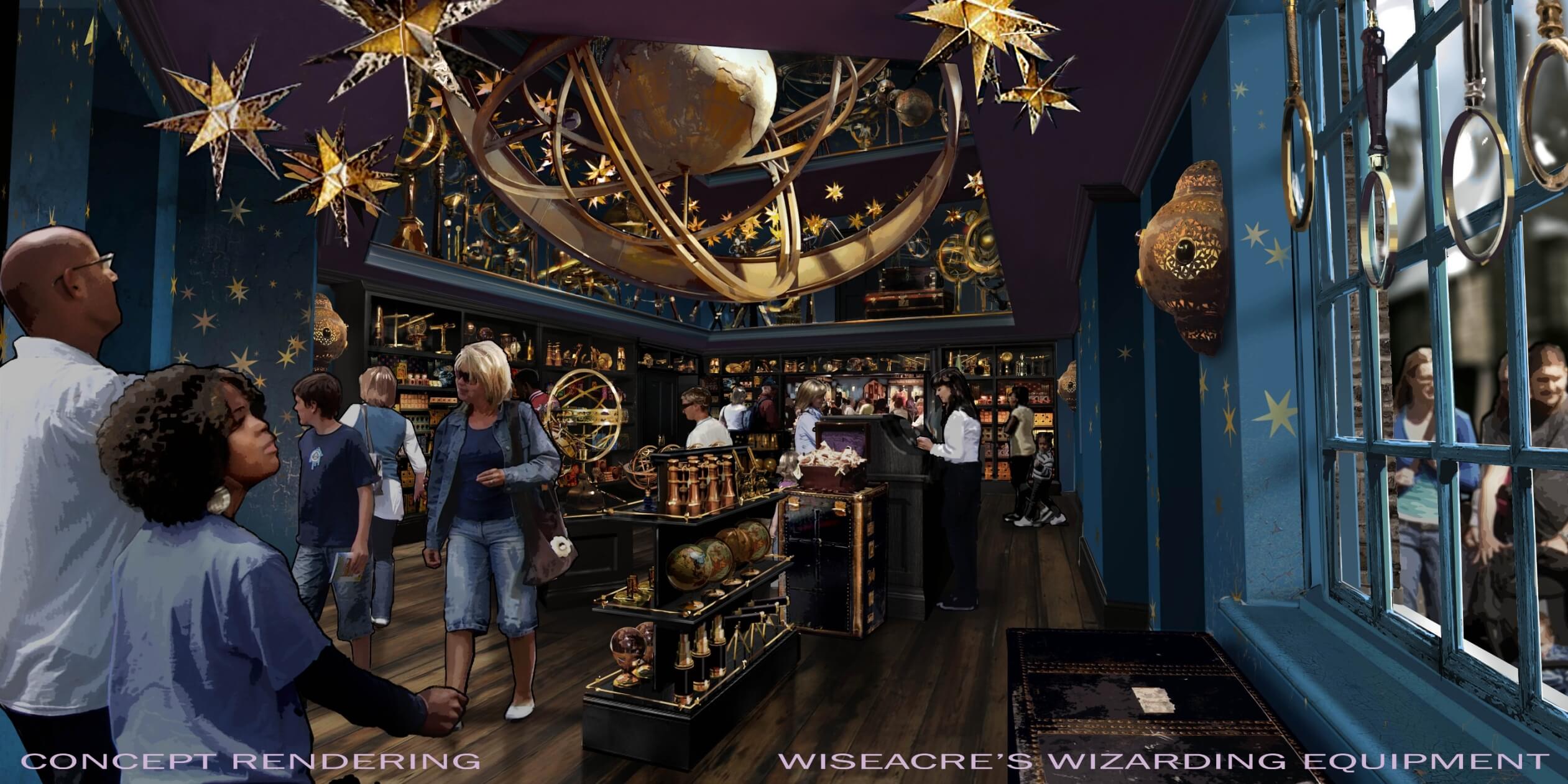 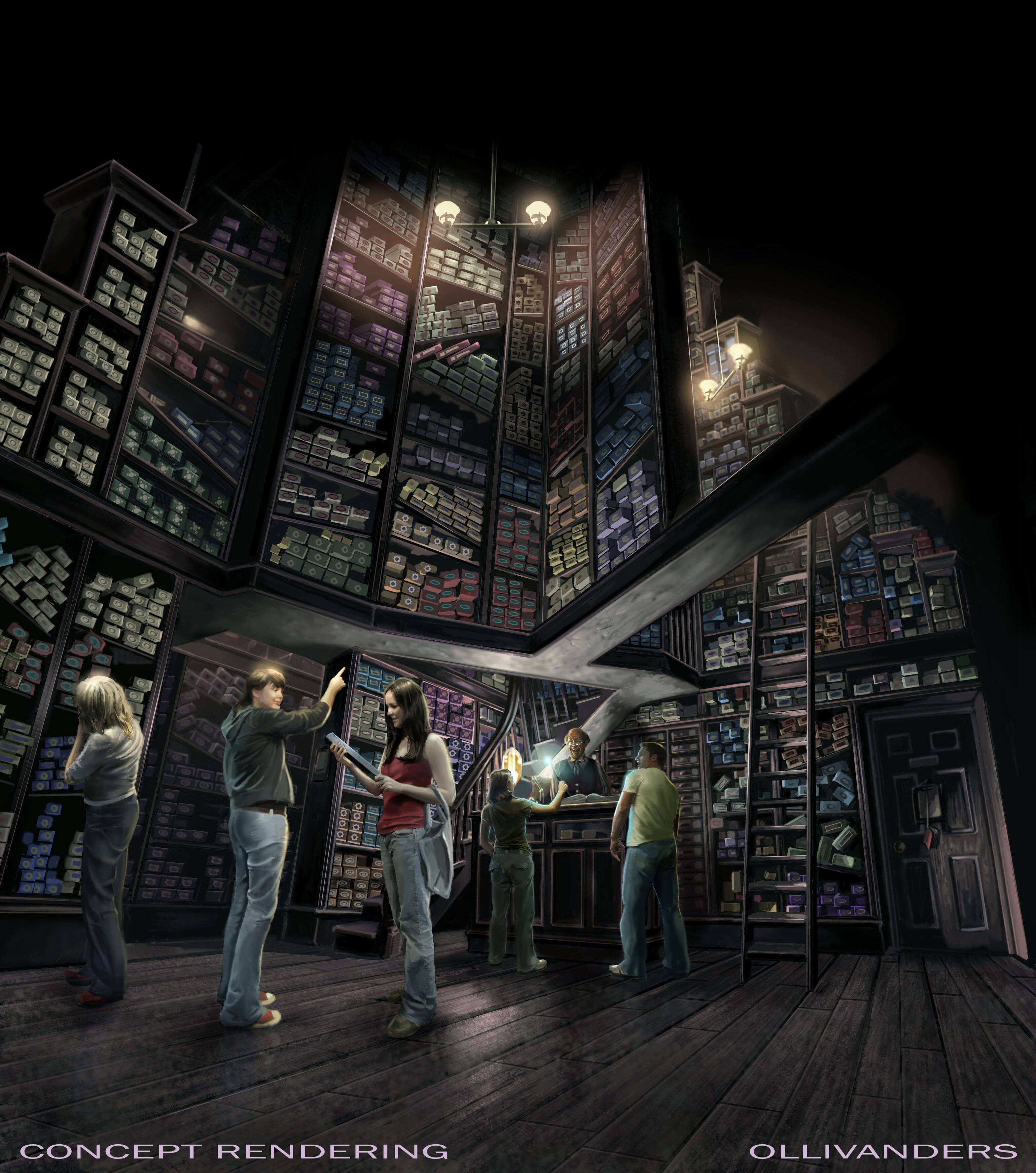 For those of you thinking about a visit to Universal Studios Florida this year to experience the Wizarding World of Harry Potter, it's the perfect time! As far as which ticket to purchase, know that you'll need a park-to-park ticket to be able to travel between Hogsmeade Station in the original Wizarding World and the King's Crossing Station in Diagon Alley.

We recommend the park-to-park ticket whether you're visiting for Potter or not, since Universal Studios and Islands of Adventure are literally right next door to each other and you can easily walk between the two.

Will you be making a trip to Universal to experience the Wizarding World of Harry Potter - Diagon Alley? What questions do you have for us about it or Universal? Share in comments below!

Here's to a hoppy summer at Universal!