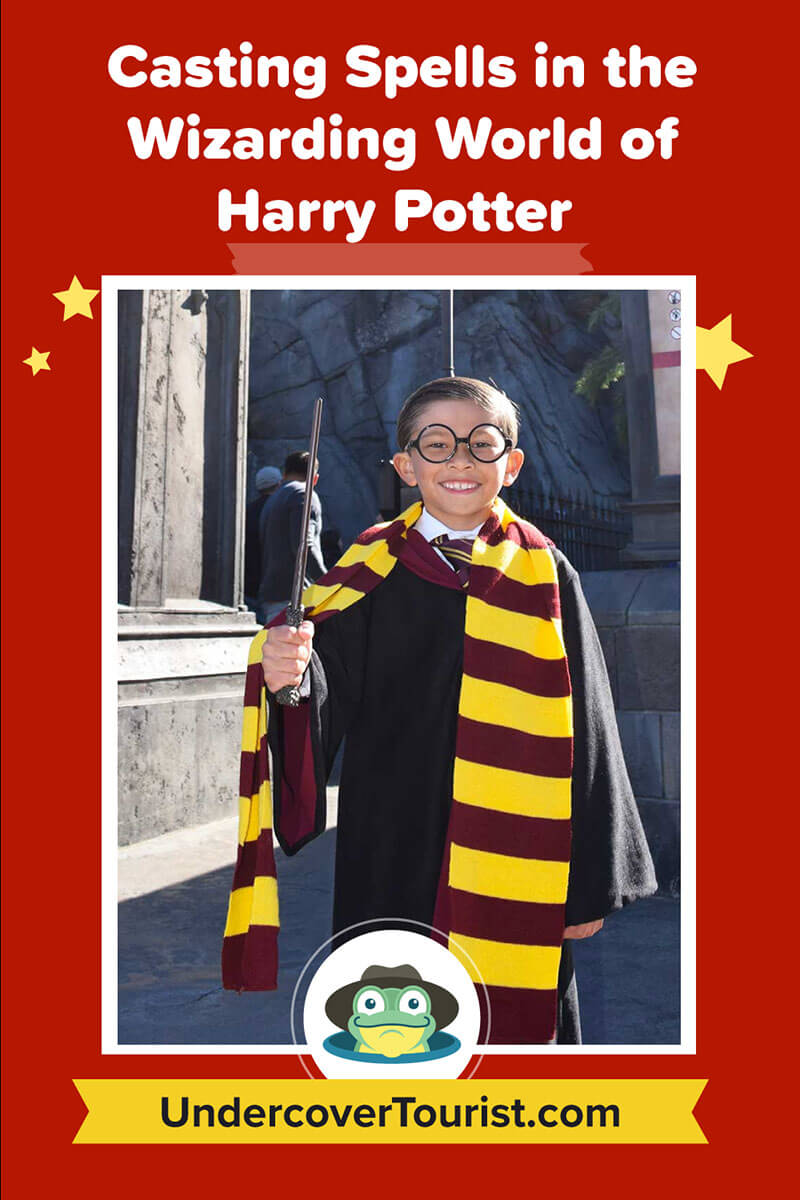 So you think you can do magic? After reading the Harry Potter books and seeing the movies, I could not wait to get my own wand and do some magic at Universal Studios Hollywood. In Harry Potter’s world, there are magical folk — who use wands to cast spells — and there are muggles. Muggles are nonmagical folk like most of us. Occasionally, you have a squib. A squib is a person who is born to a magical family, but does not possess magical powers. (It’s quite sad, actually.) But even if you are a muggle or squib with no magical skills, you can still do magic in  The Wizarding World of Harry Potter at Universal Studios Hollywood. All you need is an interactive wand and a little practice! Here’s a look at The Wizarding World of Harry Potter spells and how to cast them.

Our Muggle Guide to The Wizarding World of Harry Potter Spells 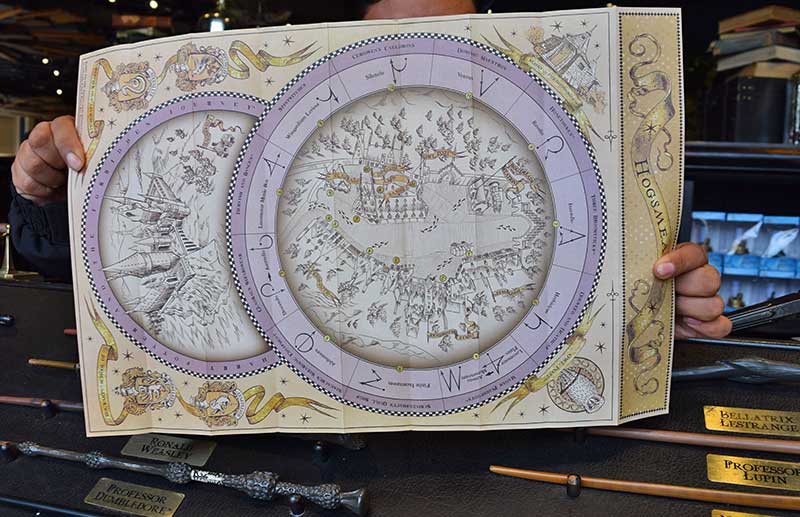 First off, to do magic you’ll need an interactive wand. You can purchase a wand in a couple of places. I cover those details in my guide to choosing a Wand in The Wizarding World in Hollywood. Your wand comes with a map of Hogsmeade at Universal Studios Hollywood. The map shows you the location of spells, the verbal part of the spell (mostly in Latin) and the movement of your wand. You’ll see bronze medallions on the ground at each spell location, showing you where to stand and point, what to say and how to move your wand. (The wands also work at Universal Orlando Resort.) You can request a free map when you visit a different park or if you lose your map. There are a couple of spells that do not appear on the map, but don't worry: I will get into those later. 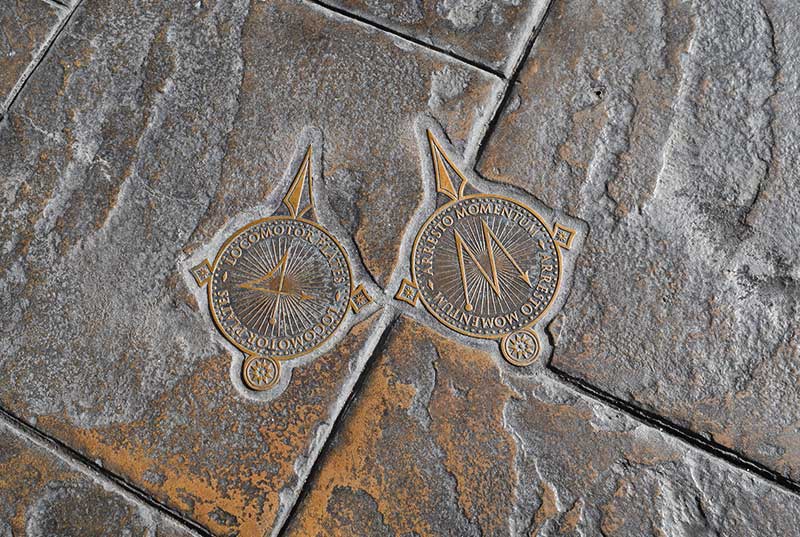 You might find that you need a bit of practice. When you cast your spell, hold your wand low, with the tip slightly raised. Adults should hold the wand low at waist or hip height (think tadpole height). Some movements need to be very small ... a little “swish and flick.” No large, full-arm movements are necessary here and no need “to take someone’s eye out” (Harry Potter fans might recognize the quotes!).

If you are having trouble and are feeling particularly muggle-ish or squib-ish and are unable to make your spells work, take your wand into the shop for an inspection. I was really struggling with my wand, having it do magic when I did not want it to and not doing magic when I tried to cast spells. I hopped into Ollivanders for a wand inspection. They took it in back and brought it back repaired. Evidently its sensor was scratched. Note to self: Do not drop wand again. What a relief that the problem was the wand and not me!

The Wizarding World of Harry Potter Spells and Tips 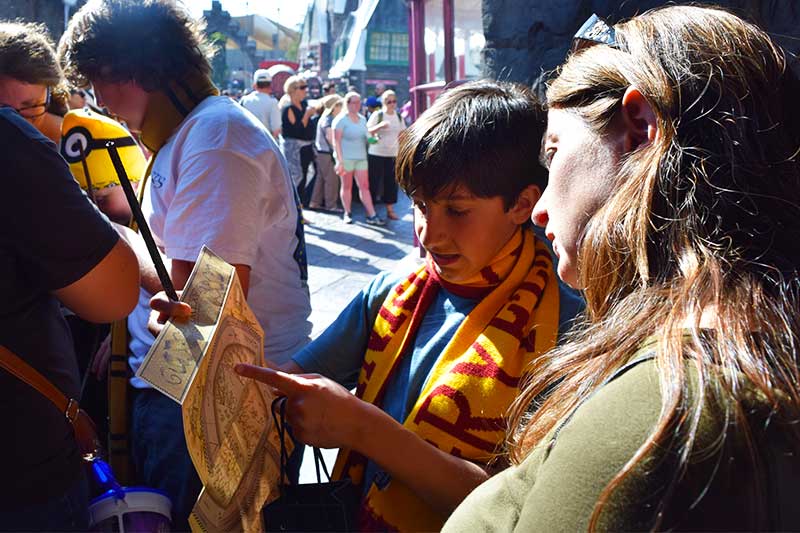 Let’s follow the map and go over some of The Wizarding World of Harry Potter spells. Many, but not all, take place in shop windows. I will try to keep the spoilers to a minimum, unless clarification can help you figure out where to focus your wand or what you are actually trying to do. (It’s not always clear.) Many spell locations have witches and wizards hoppy to assist you and provide tips. Always look for the medallion on the ground for direction, spell and movement! There are 15 spells and 13 locations. Two locations have two different spells available. 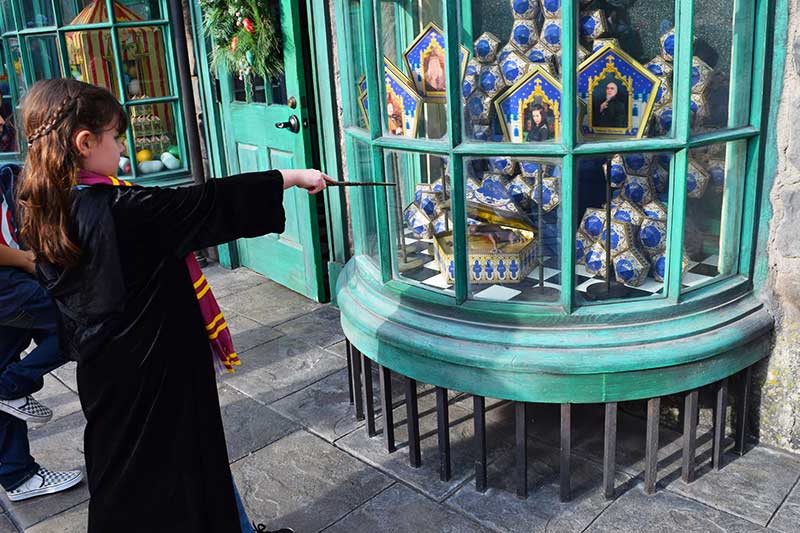 1. Honeydukes – The spell is "Revelio." You want to open that giant Chocolate Frog box. Bet you can guess what’s inside. Ribbit, ribbit!

2.  Three Broomsticks – The location is in the corner to the left of the restaurant entrance. The spell is "Incendio." 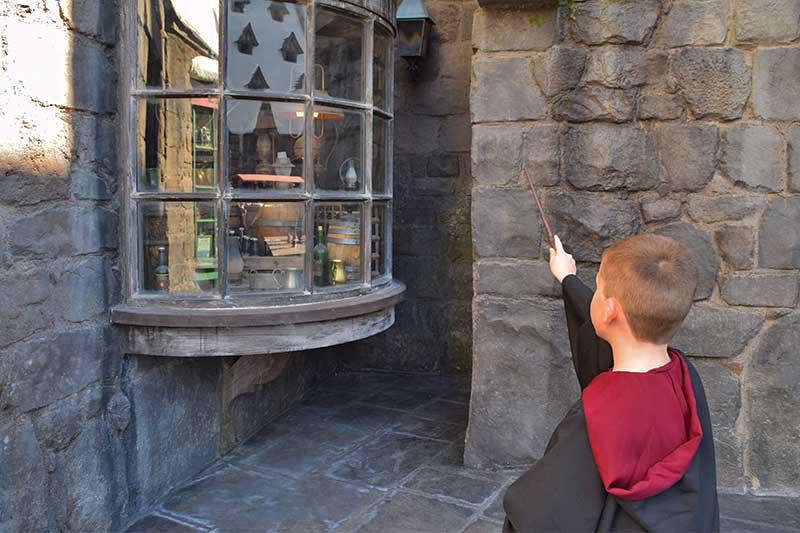 3. Dogweed and Deathcap – The spell is "Herbivicus." Keep your eye on the purple flower!

4. Madam Puddifoot’s – There are two spells in one place: "Arresto Momentum" and "Locomotor Plates." You are aiming to stop or start the rotation of the stack of plates in the closest window.

5. Scrivenshaft’s Quill Shop - The spell is "Finite Incantatem." How does your spell affect that scribbling quill? 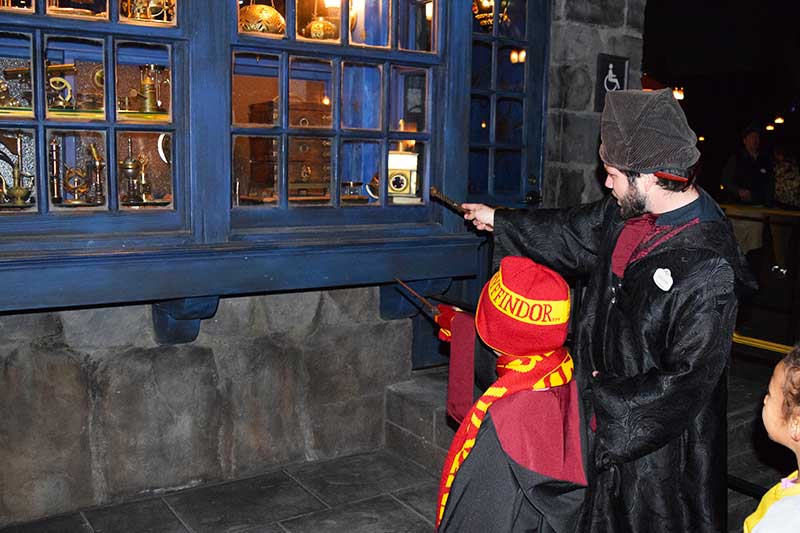 6. Wiseacre’s Wizarding Equipment - The spell is "Alohomora." You are aiming to open a box.

7. Gladrags Wizardwear – There are two spells in one place. You will focus your wand on the magnifying glass, but the spell affects something above and behind it, making something go down or up. The spells are "Descendo" and "Ascendio."

8. Dervish and Banges – The spell is "Locomotor Music Box." This is a cute one!

9. Spintwitches – The spell is "Wingardium Leviosa." As Harry’s bright friend Hermione Granger would say, “It’s LeviOsa, not levioSA.” Make sure you chant the spell correctly! I’d hate to have someone publicly chastise you. Your spell affects the quaffle (dented ball) in the case.

10. Ceridwen’s Cauldrons – The spell is "Silencio." Shhh ... try to guess what you are trying to do.

12. "Incendio" - This spell is not on the map, but you will find the medallion on the ground. It’s to the right of spell number 11 and very close to spell number 13. The spell is"Incendio." You’ll aim lower on the corner of the building, but your goal is to have flames come out of the chimney up above. 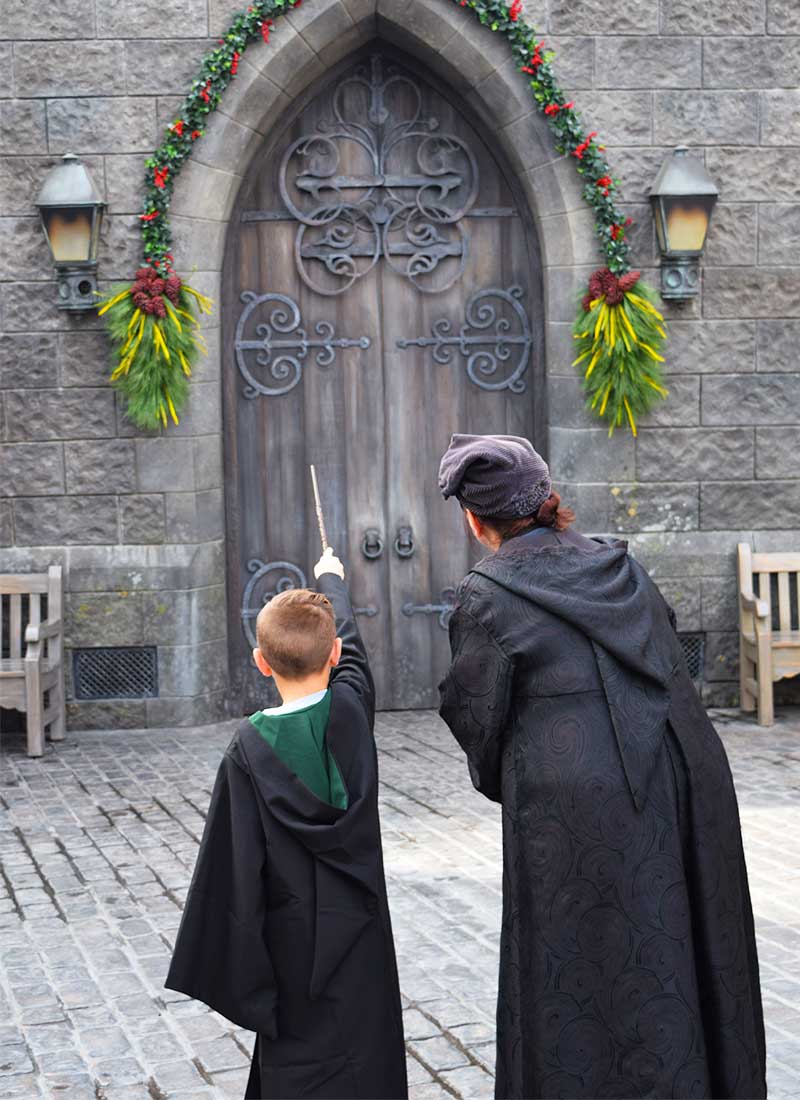 13. "Alohomora" - This spell is not on the map, either, but is the most dramatic spell of them all if you do it correctly. Aim your wand at the center of the large doors and say "Alohomora."

You may notice that the last two newer spells (which are not on the map) use the same words said at other spell locations. That’s because wizards might use the same spells in different situations throughout daily life. Toadally cool. Casting spells in The Wizarding World at Universal Studios Hollywood really helps immerse you into the magical world of Harry Potter and lets you feel like a real wizard. Other ways to experience the magic are to walk through the castle and explore the shops and try some of the best Wizarding World foods and treats. Be sure to store your wand safely in your robe wand pocket or a backpack so you do not lose or break it. Hoppy spell casting!