Beginning in the New Year it will be out with the old and in with the new as Disneyland starts construction on the new Star Wars Land. Some areas we will sadly say goodbye to forever, while to others we’ll just be saying, “See ya real soon” (as they will be back around spring 2017). If you are already feeling a little nostalgic for some of your favorite closing attractions, then you’d better get a jump on this list of 10 things to do before they close by Jan. 10, 2016. These attractions will all close on Jan. 11. 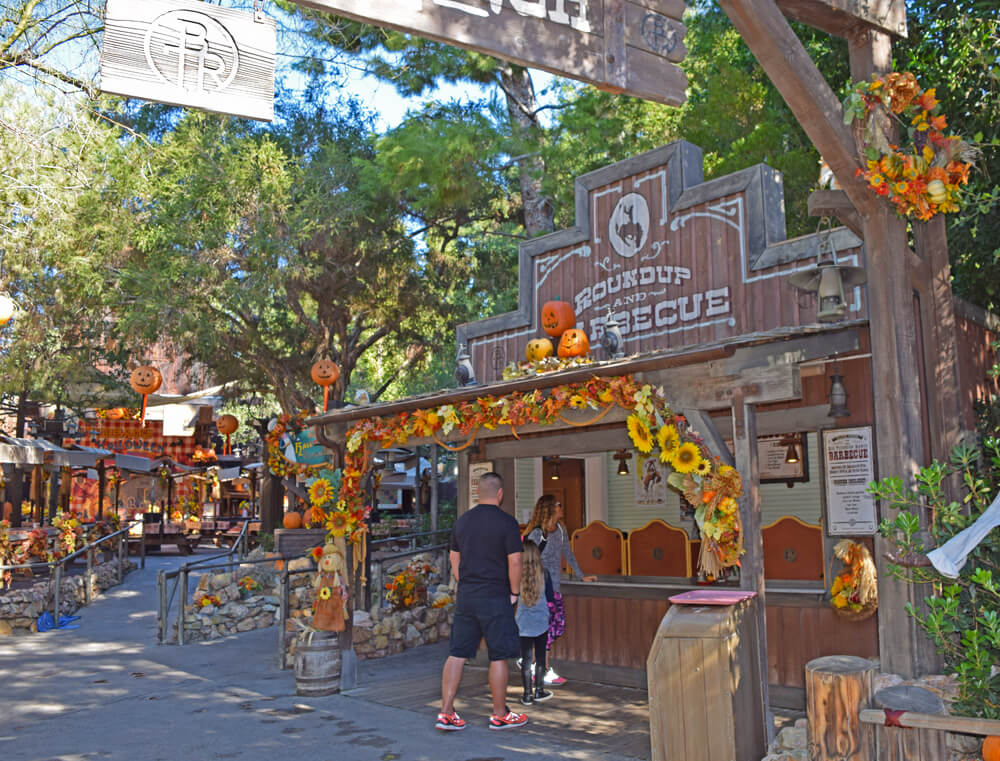 The new Star Wars Land will take 14 acres of space, and that means something has to give. Unfortunately, one of those somethings is one of our favorite table-service restaurants, the Big Thunder Ranch Barbecue. This all-you-can-eat family style American BBQ is a staple of our trips. During Holidays at Disneyland, they offer special desserts like a skillet brownie with peppermint ice cream and some other treats. If you are visiting over the holidays, stop in for one last fill-up. We used to be able to pop in, but it sounds like others will miss this restaurant too, because it has been very crowded. Until this restaurant closes permanently on Jan. 10, they will only accept guests with a reservation and that includes guests who come just for dessert. 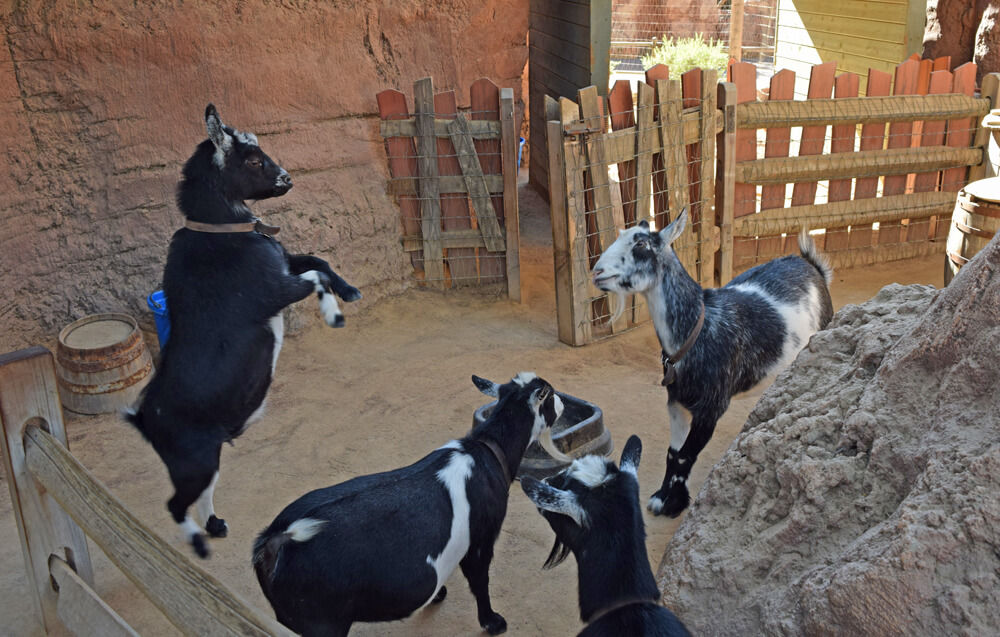 We are sad to see that the petting zoo and one of our favorite free things to do at Disneyland is also going away forever, but the cast members assured us that the animals in the petting zoo already have been promised forever homes with some of those cast members who have been taking care of them for years. They can’t stand to say goodbye to their animal friends, so Disneyland is letting employees keep them — we’re guessing some of them already live on farms or rural property. Santa used to greet guests in that area during the holidays, but he is moving over to Critter Country this year. 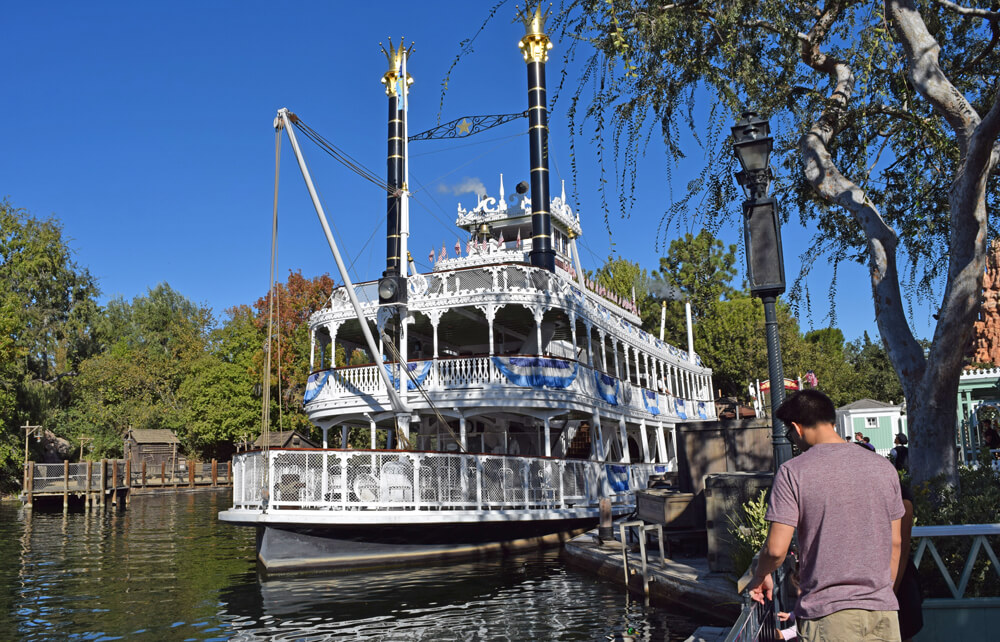 Like other attractions on Rivers of America, the Mark Twain will be pausing its relaxing tour for just over a year. When it reopens, it will have a shorter trip around the smaller Tom Sawyer Island. It makes us wonder where the Dapper Days and Gay Days attendees will take their group photos next year?

Walt Disney himself designed the trails, caves and features of Tom Sawyer Island, which later added Pirate’s Lair, to look like his childhood home in Missouri, hence the Mark Twain influences in the park. Parts of this island, which opened in 1956, are likely to be gone forever when this island shrinks to make way for the new land, but we are hoping that a lot of it stays put (instead of being shot into a galaxy far far away) for future generations to experience.

Catch these real, free-floating (i.e., trackless) canoes in Critter Country. You’ll be given your own paddle and a short lesson on canoeing as you and 19 other guests (along with two guides) paddle around Tom Sawyer Island on a 2,400-foot journey. They only operate during daylight, on shorter hours than the rest of the park (usually about 11:00 a.m. to 4:00 p.m. this time of year), and on warmer days, so if they are closed up as winter weather approaches, make a promise to yourself to ride these as soon as they open back up. You will forget that you are in an amusement park in the middle of Anaheim and feel like you are on a peaceful river in the woods — well one with roller coaster screams in the distance anyway! 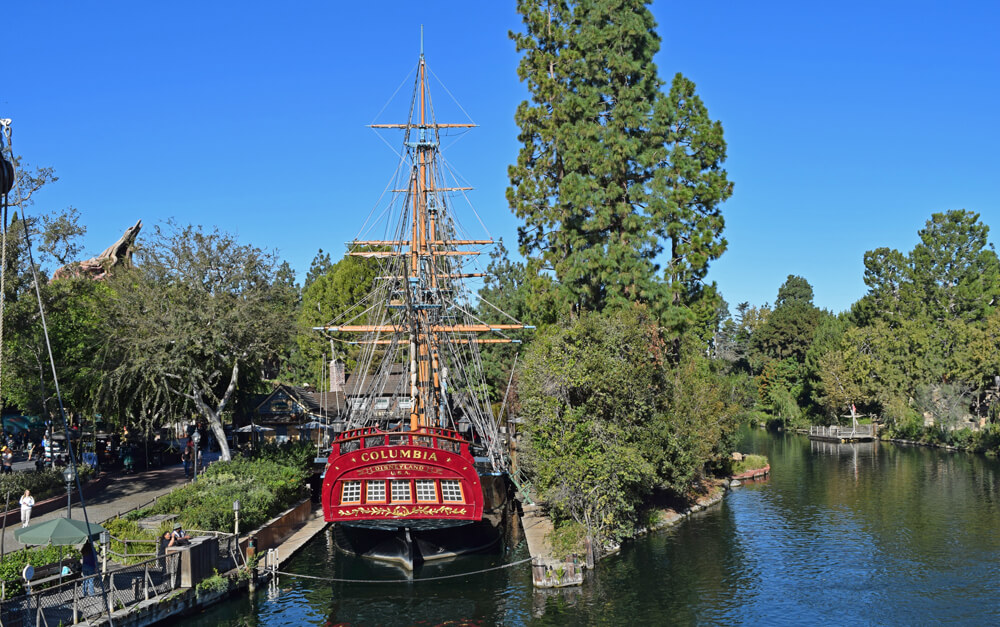 This ship is a 110-foot replica of an 18th-century 3-masted ship. Be sure to inspect the cannons and explore below deck to see how 18th-century sailors lived. This boat will undergo refurbishment while in dock for a year and when it returns it will have a shorter route than before.

7. Catch a Showing of Fantasmic!

If you haven’t seen Fantasmic! in a while, you might catch a show now before it goes on hiatus. You can get FastPasses for this show or buy a dining package that gets you FastPasses as well, but this show will be gone as of Jan. 11 while all of the Rivers of America attractions are closed for the building of Star Wars Land. It is estimated to reopen with a revamped show around July 2017. For now, you can also watch the projection during Disneyland Forever fireworks on sprays of water each night (often before or after Fantasmic! — check the schedule). It is a great and less-crowded place to view the projection, but just an OK and slightly obstructed view of the fireworks.

8. Take a Trip on the Disneyland Railroad 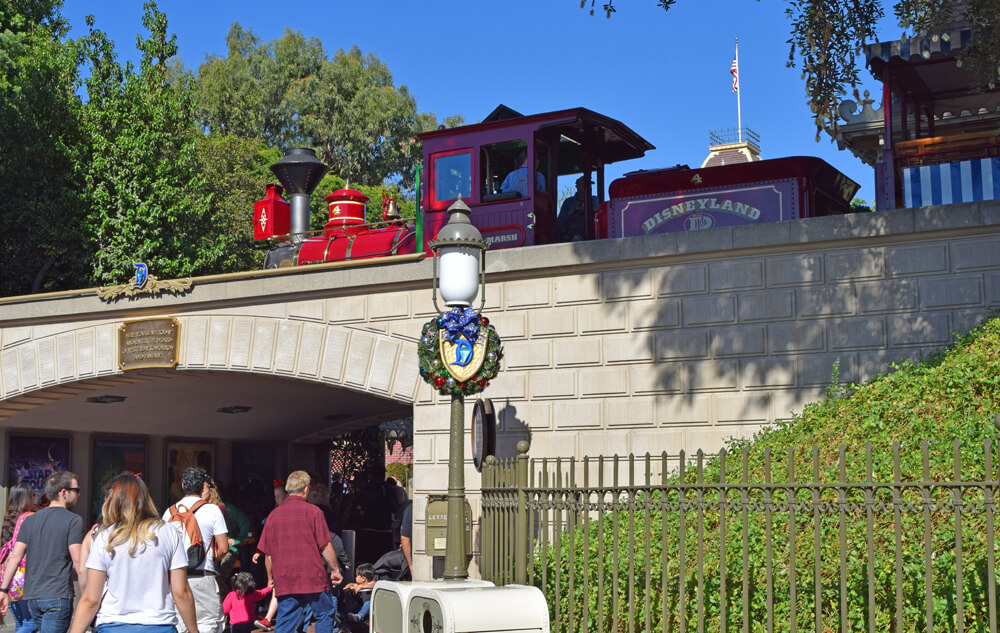 We are sad to see this iconic ride never leave the station for a year. It is our favorite way to return to the park entrance at the end of a long day. What are those tired frog legs to do now when they just can’t take another hop? That also means a year of not seeing the hilariously historically inaccurate Primeval World of Dinosaurs that we all love so much. We hope Disney never changes that 50-year-old diorama out for a new attraction. When the Railroad reopens, it will have a new route to veers closer to Thunder Mountain in between Splash Mountain and ToonTown Station.

9. Take in the View of the Rivers of America

We are guessing this construction is going to change the way Frontierland and New Orleans Square look for awhile, so take a moment to dine outside at one of the several restaurants in that area so you can enjoy the view of the water and the Tom Sawyer Island, because even when it comes back it might not be exactly the same. Some elements may be changed forever.

10. Wave Good-Bye to the Native American Chief on Horseback. 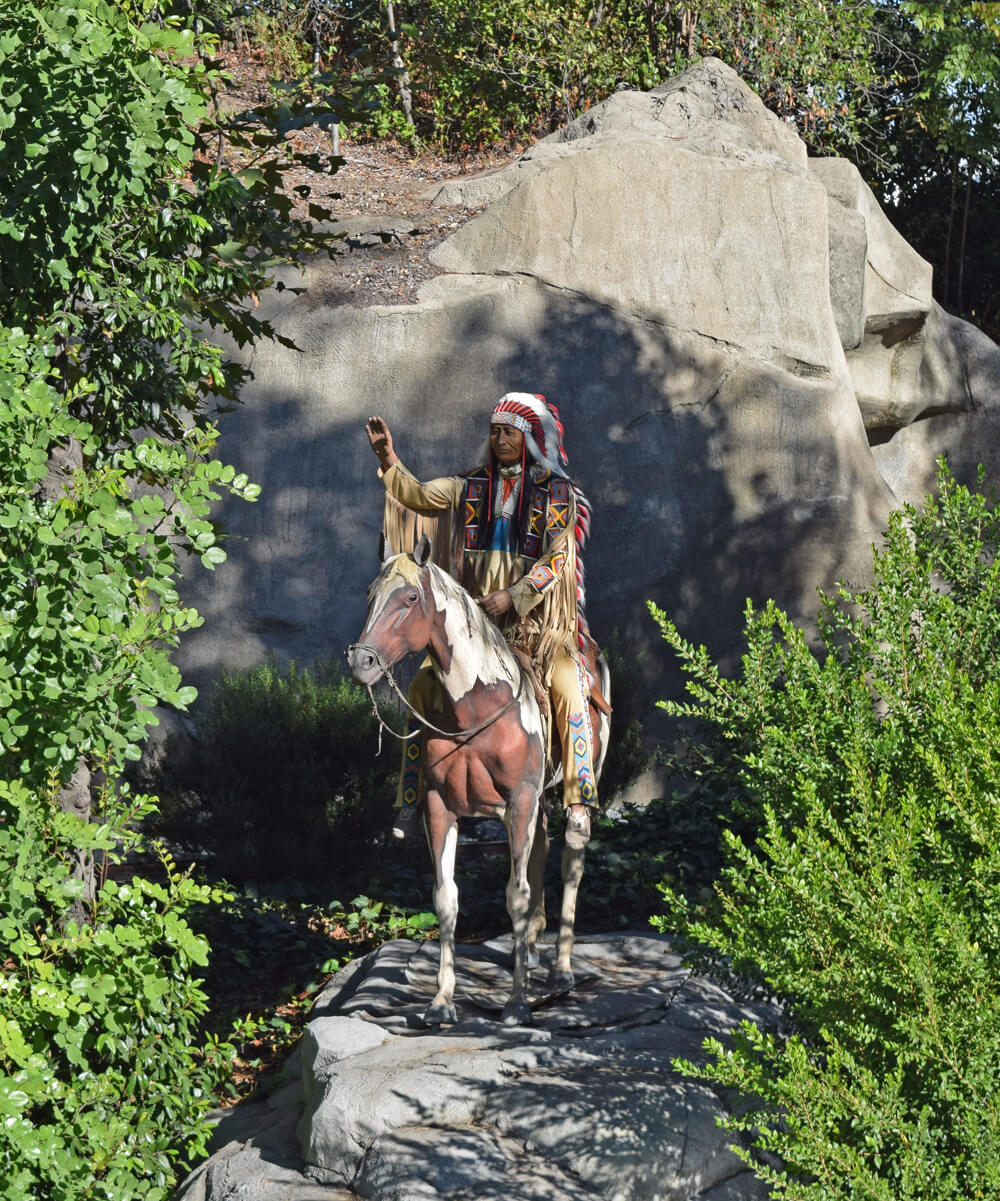 Rumor is that this waving Indian on Horseback is finally riding off into the sunset before Star Wars takes over. You can view him (as well as some some wildlife scenery) from the Rivers of America attractions and from the Railroad as you leave New Orleans and head towards ToonTown. Hopefully we see him simply relocate to another part of the park.

While we are sad to say goodbye to some attractions on Jan. 11, the good news is that eventually most of these attractions will return. If you are ever unsure of what attractions are open or closed, check our guide to park closures and refurbishments before you visit.