Please know we will take care of you during this unprecedented time. Our trusted partners have emergency policies in place and we are working with impacted customers as quickly as we can. If your travel plans are more than 7 days out, please wait to contact us. But rest assured, we will help you. For more information, please see our blog.

Ready to Dive In on Some Great Disneyland Resort Hotel Rates? 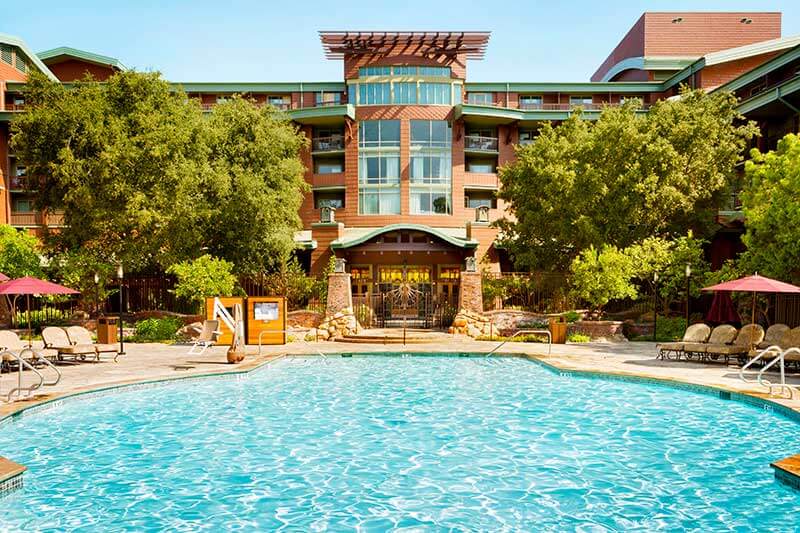 It's a great day to take the plunge on your Disneyland hotel getaway! We frogs are so hoppy to announce we've partnered with Disneyland Resort to offer discounts on its three official hotels. To celebrate, we're offering ribbeting good rates PLUS you can save up to 15 percent off select Disneyland Resort Hotel rooms for most Sunday-Thursday nights from July 23 to Sept. 26, 2019.

Before we hop into the specifics of each Disneyland Resort hotel and their benefits below, here's a quick look at the savings (not including the $25 off)!

A Look at the Disneyland Resort Hotel Benefits

Try as you may, you really can't get that full "Disney magic" if you're not staying at a Disneyland Resort hotel. Each of the hotels offer on-site character dining, including the brand-new Disney Princess Breakfast Adventures at Disney's Grand Californian Hotel & Spa. 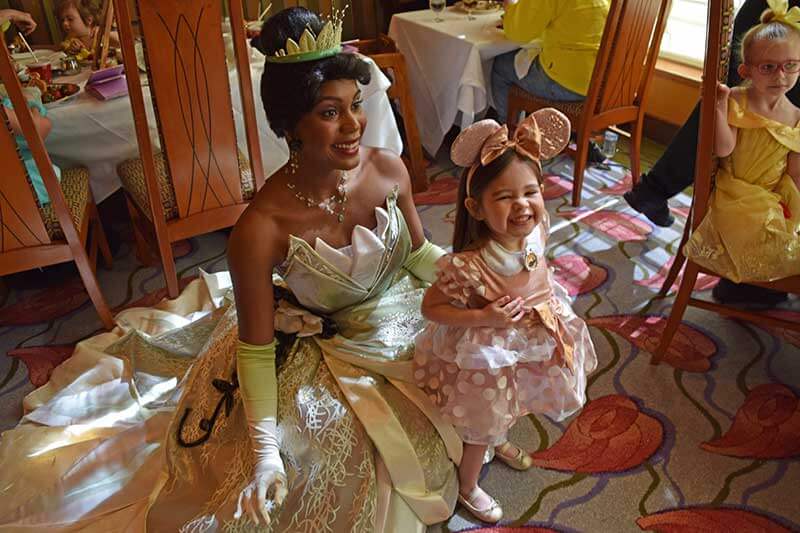 Disneyland Resort hotel guests get preferred access to a limited number of dining and Bibbidi Bobbidi Boutique reservations. Guests can make these reservations by calling Disney Dining at (714) 781-DINE or (714) 781-3463 no more than 60 days and no fewer than 2 days in advance of check-in. These include:

Disneyland Resort hotel guests can also use their room key for charging privileges in the park and park package delivery, a nice benefit if you don't want to lug around all of your in-park purchases. One other fun Disneyland hotel perk is a wake-up call from a Disney character. You can arrange the call from the concierge desk when you arrive!

The chief Disneyland hotel perk, though, is the Extra Magic Hour. This benefit allows resort guests one hour early access to either Disneyland Park or Disney California Adventure Park depending on the day.

There are a couple of recent Disneyland Extra Magic Hour updates worth noting: 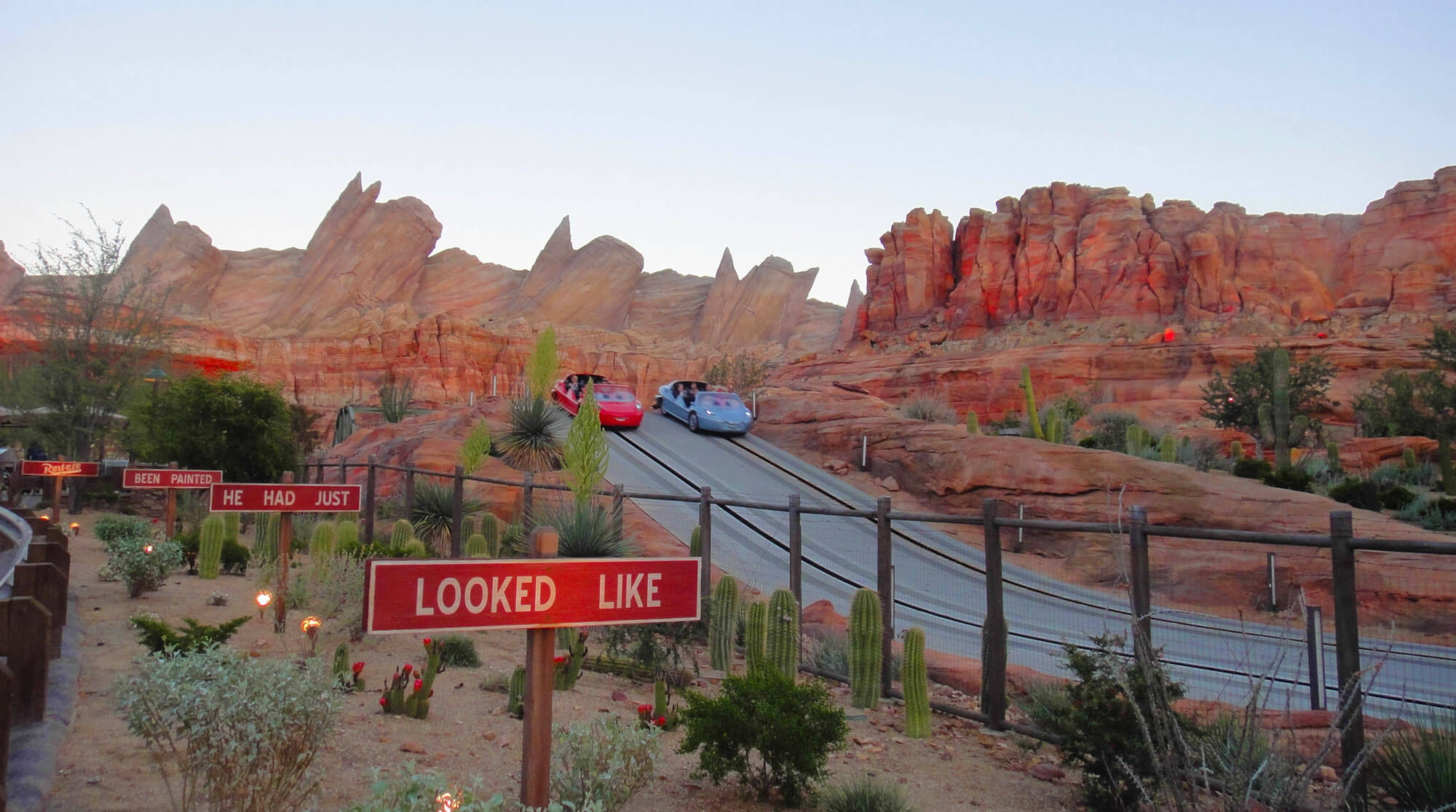 If you want to experience Cars Land with the lowest waits, taking advantage of the early hour is a definite benefit! You should still plan on arriving early enough to be ahead of the opening and then head straight for Radiator Springs Racers. With the majority of the early guests also headed that way, you'll still find a wait, but it will be the shortest wait this attraction will see all day. Alternately, you could skip Radiator Springs Racers during the Extra Magic Hour, ride the park's other popular attractions such as Soarin', Toy Story Midway Mania and the Incredicoaster with no waits and then get in line for a Radiator Springs' FASTPASS distribution 10 to 15 minutes ahead of park opening (FASTPASS doesn't begin operating until regular park opening). For more tips, check out our Disney California Adventure Park Plan. 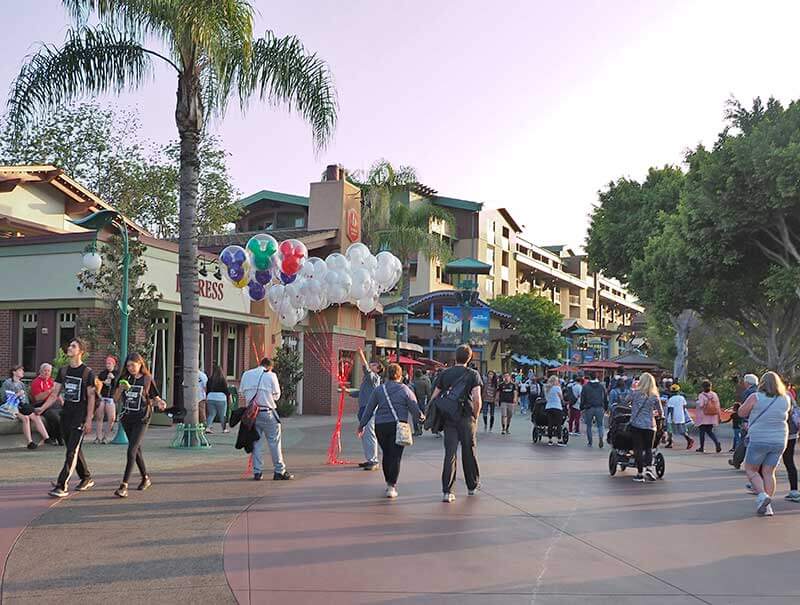 Another great benefit of staying on-site is the convenience. Not having to park each day is such a time-saver! You can just hop over to the parks and Downtown Disney from your hotel (and hop back to your hotel for nap time or pool time)! Plus, we've found the security lines coming from the hotels to be the shortest ones of all.

As mentioned above, Disneyland has three hotels on property: Disney’s Paradise Pier Hotel, Disneyland Hotel and Disney’s Grand Californian Hotel & Spa. All of them are four-star hotels, but there are quite a few differences! 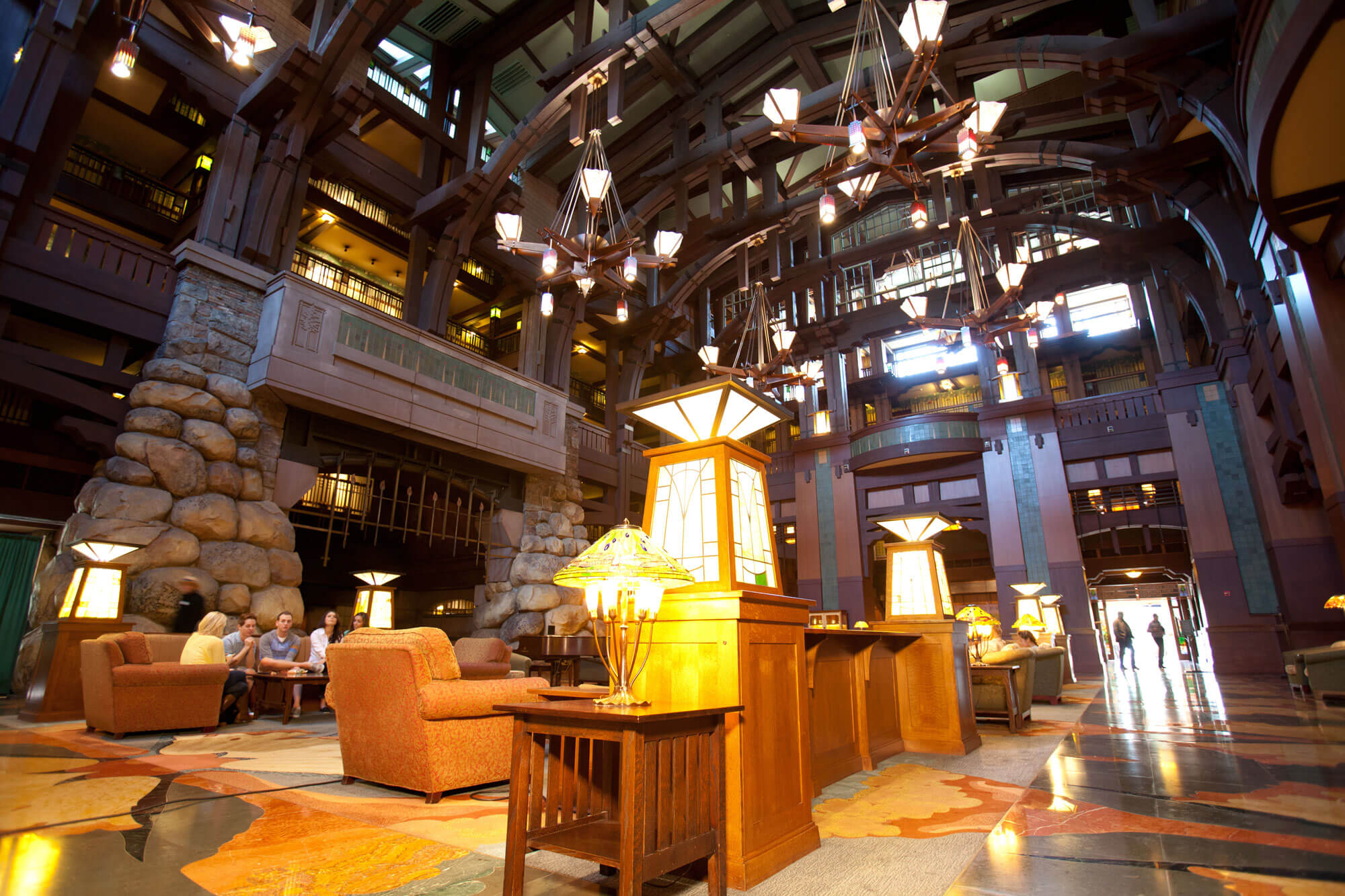 Disney's Grand Californian is the grande dame of the three properties, with its California Craftsman style that harkens to the stone-and-timber national park lodges of yesteryear. It’s also the newest of the properties, the best themed and has the distinct advantage of being the most convenient of the hotels to the parks with its own dedicated entrance to Disney California Adventure and pedestrian access to the Downtown Disney District. It's our top pick for your Disneyland Resort hotel stay! 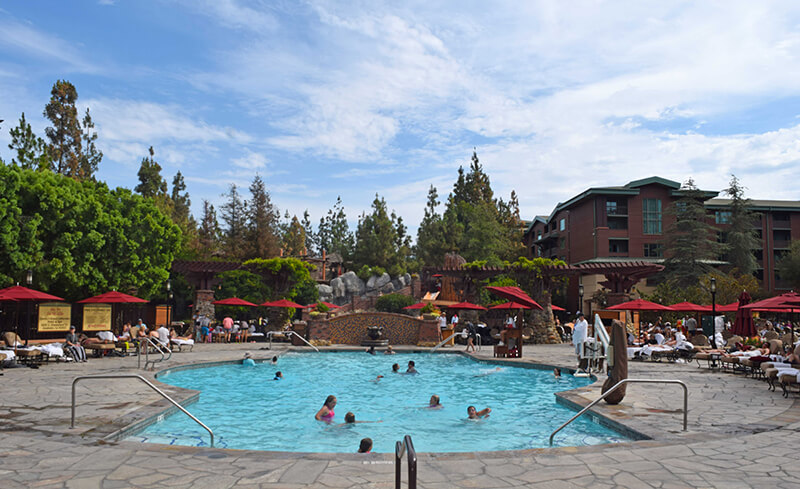 Your tadpoles will love the pool complex, lushly landscaped with boulders and conifers. It boasts a quiet lap pool, a Mickey Mouse-shaped kids pool and a large pool with a 100-foot redwood slide. Not surprisingly, the Grand Californian comes with the grandest price, but it’s the ideal location if you can afford it. 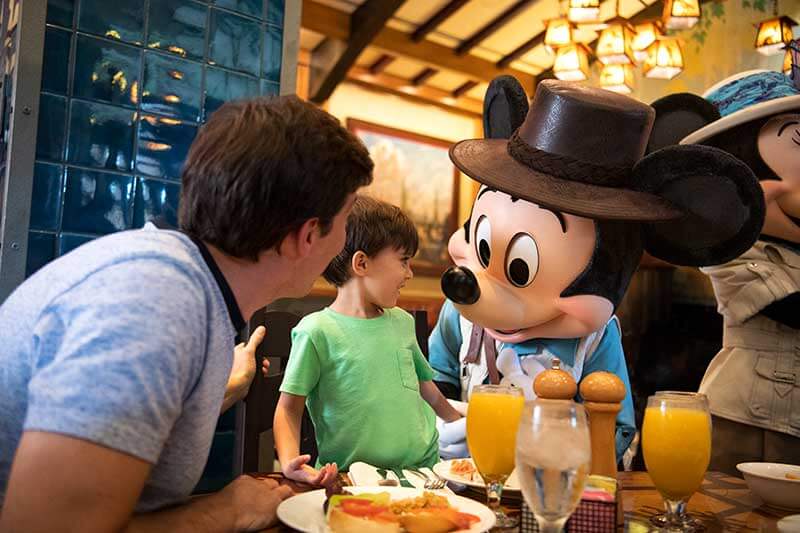 The Grand Californian is home to the spectacular fine dining at Napa Rose, which has won numerous awards and accolades from Wine Spectator, Zagat and more. It's where you'll find the three-course Disney Princess Breakfast Adventures. Tadpoles looking for adventures with their favorite mouse can enjoy Mickey's Tales of Adventure Breakfast Buffet next door at Storytellers Cafe. 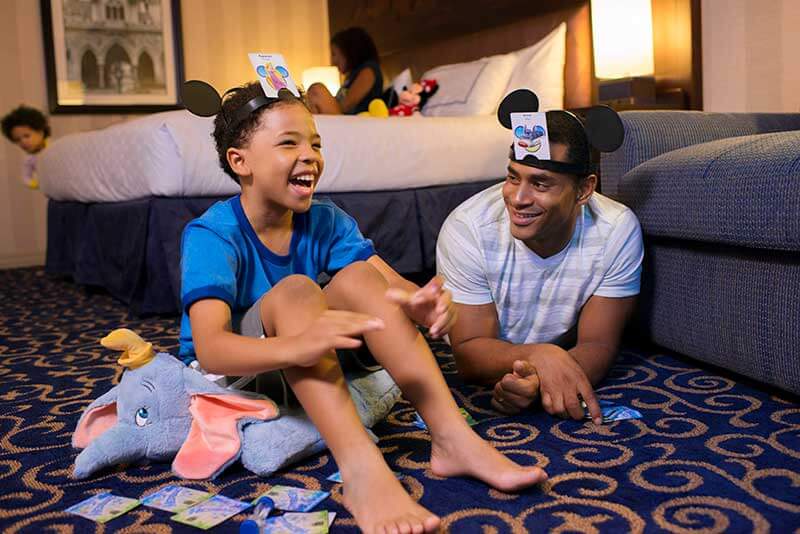 The Disneyland Hotel is the original hotel on the property, and it's a favorite among the Disney faithful. It has been recently renovated. The theme is classic Disney, with 1950s-style signage and touches of whimsy throughout. It is a short walk to the Monorail station and Downtown Disney and about 5 minutes to Disneyland Park. 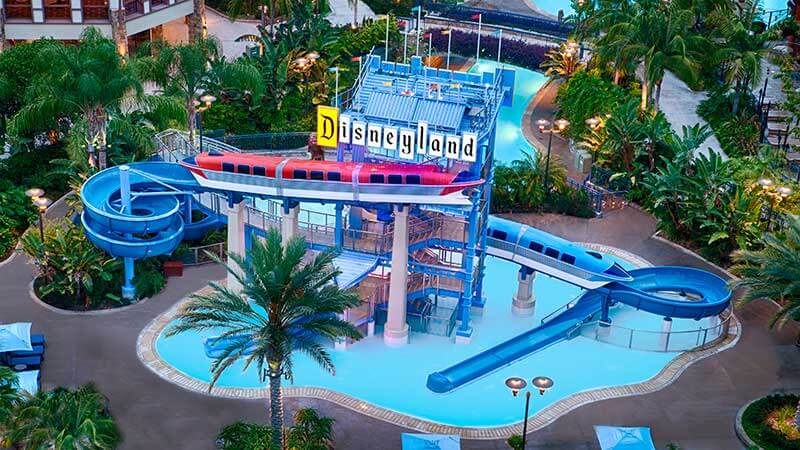 As part of the hotel’s renovations, the pool area has been expanded with a pair of Monorail waterslides, a kiddie slide and a water play area, which are a big hit with the little ones. The Disneyland Hotel is the mid-priced hotel at the resort. 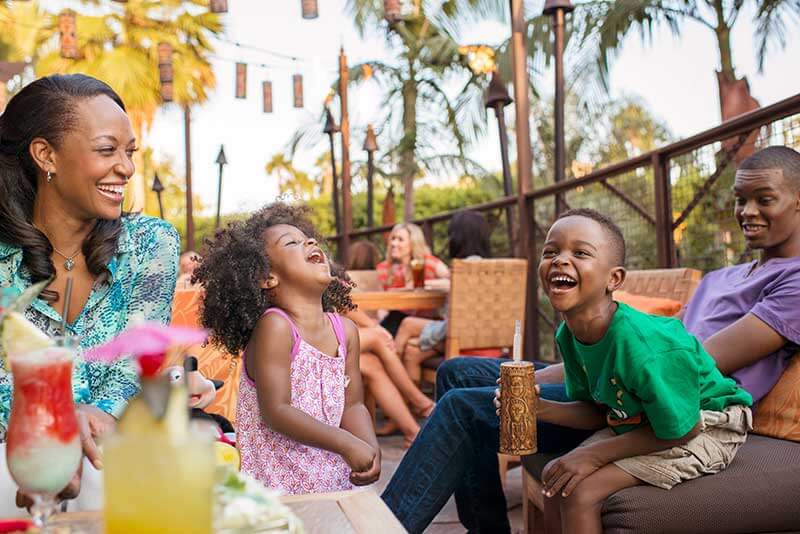 For a fancy night out, there is fine dining at Steakhouse 55 or more casual options at Tangaroa Terrace and tropical libations at Trader Sam's Enchanted Tiki Bar. Tadpoles can enjoy all-you-can eat options inside Goofy's Kitchen, which offers breakfast and dinner character dining. 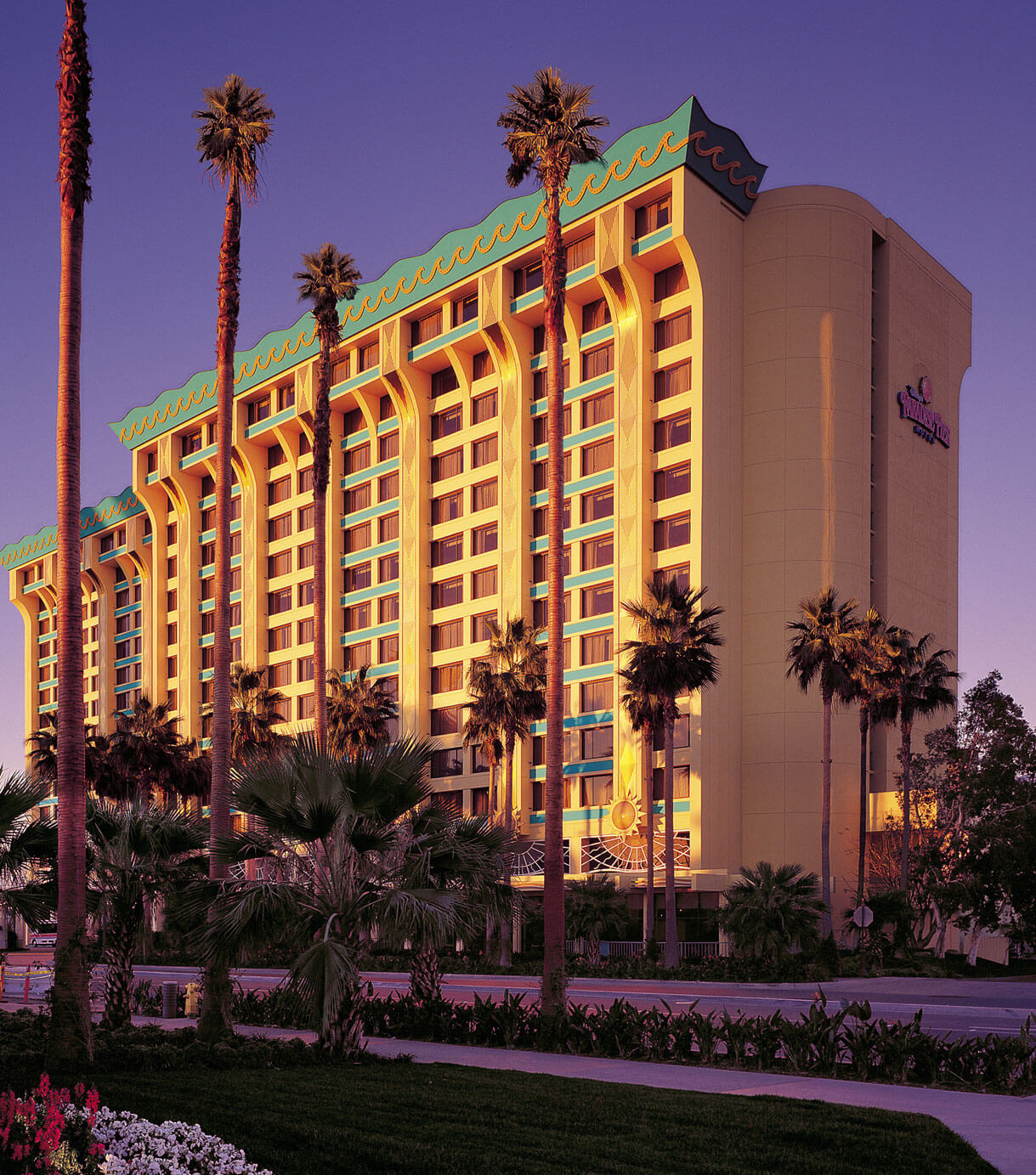 Disney’s Paradise Pier Hotel overlooks the Paradise Pier area of Disney California Adventure and carries on the beachfront boardwalk theme to the hotel, with Mickey Mouse accents in the guest rooms. This hotel is the furthest of all the Disney properties from Disneyland Park, about a 15-minute walk away (or 5-10 minutes to the monorail). 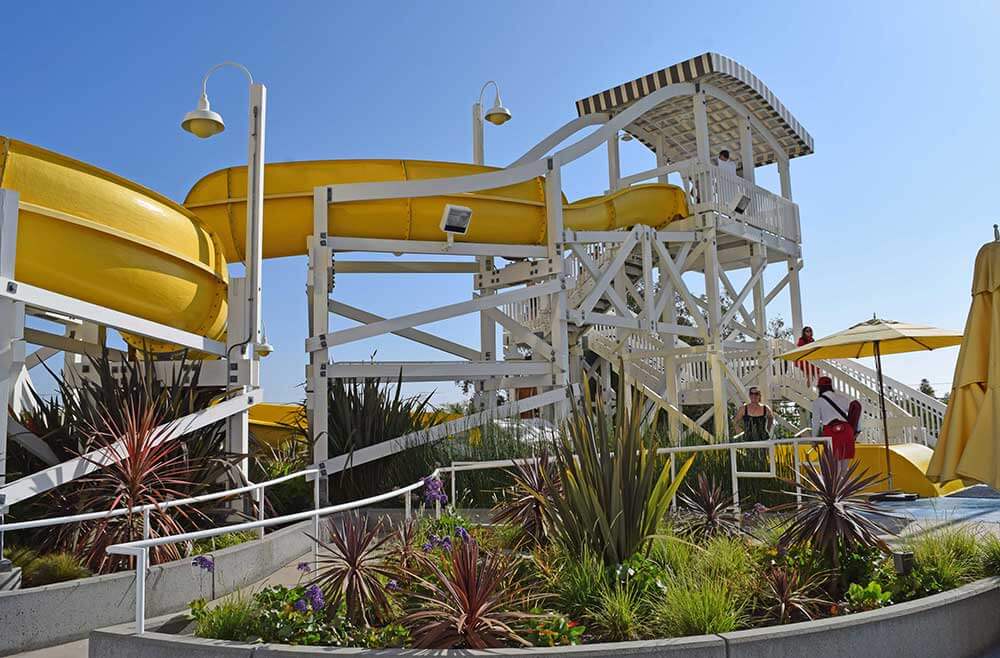 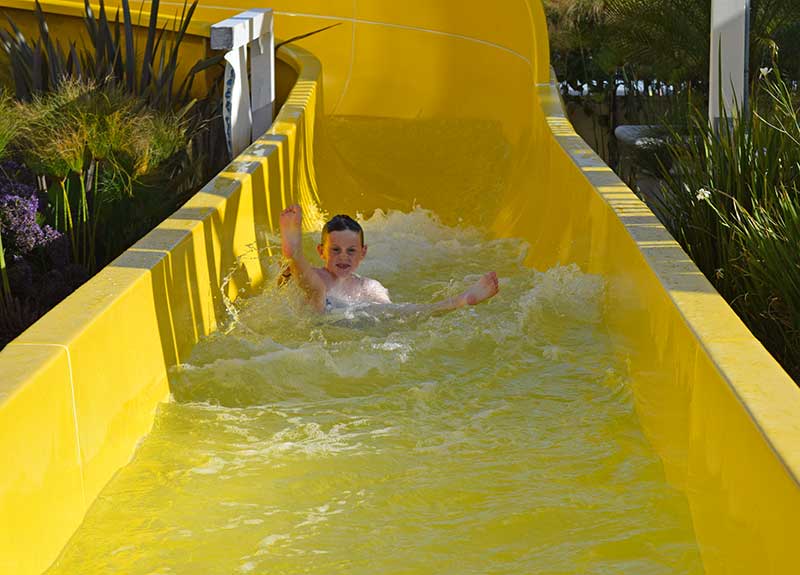 The pool sits rooftop, and from the deck guests can watch the Disneyland Park fireworks on select nights. The young ones will love the California Streamin’ waterslide, a tribute to classic boardwalk coasters, including the former California Screamin’.

The rooftop Sand Bar serves up relaxing eats for those lounging poolside or catching the fireworks after dark. Disney's PCH Grill serves up tasty eats, and the tadpoles can enjoy Donald Duck's Seaside Breakfast (and brunch on Fridays, Saturdays and Sundays).

Read our full reviews of each Disneyland Resort hotel here and then book your stay:

Related: Tips to Maximize Your Time at Disneyland 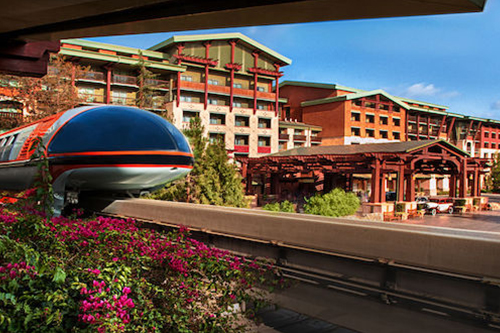 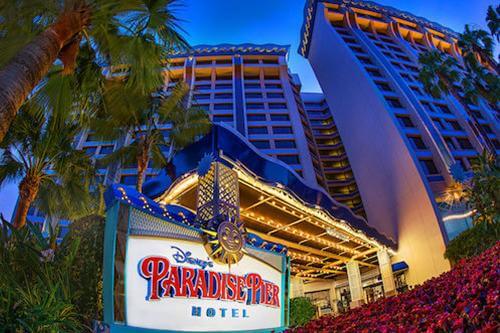