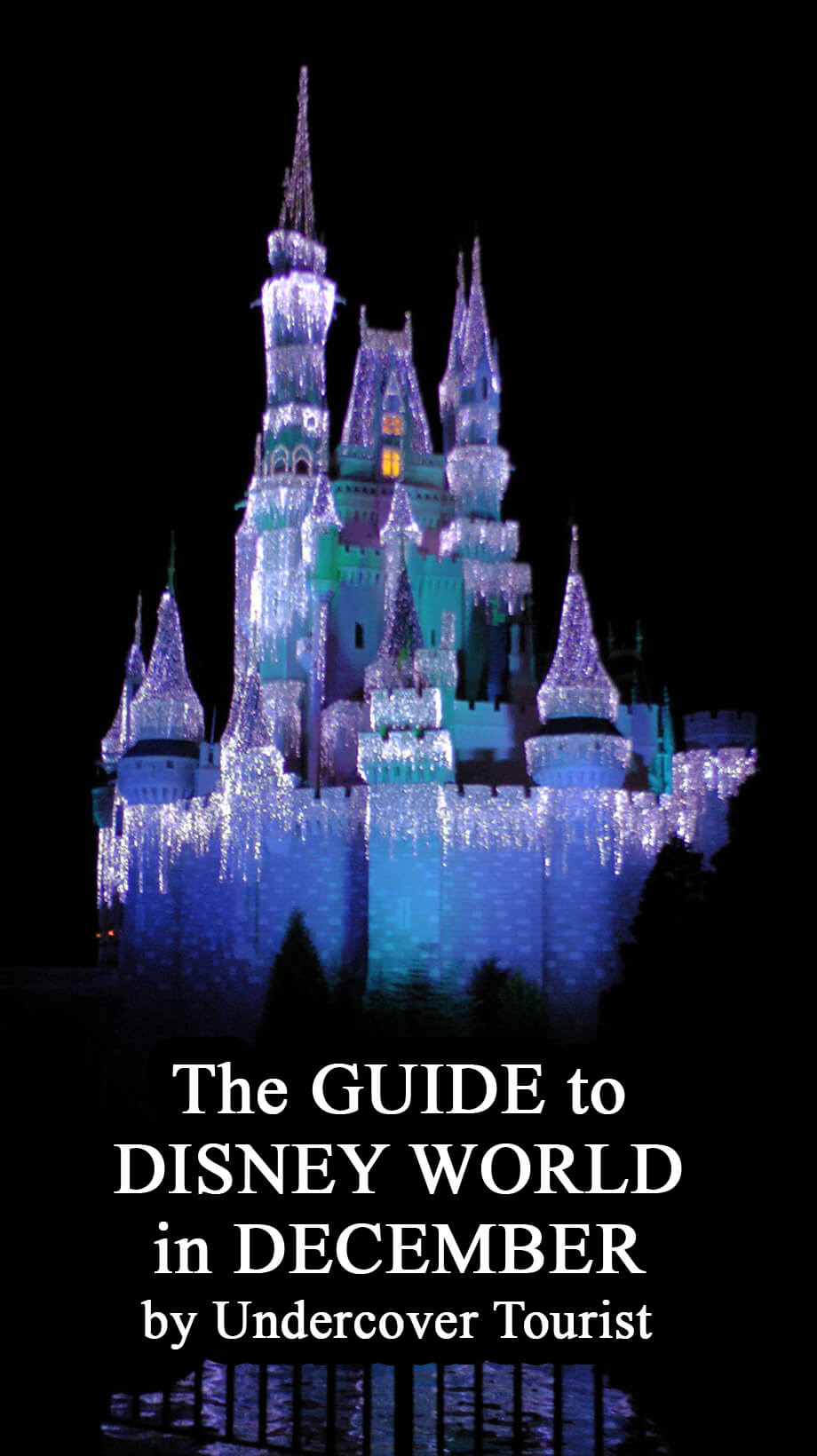 December is quite possibly the most magical month to visit the Walt Disney World Resort and the Orlando theme parks -- especially if you love Christmas as much as I do!

Yes, the theme parks are all decked out for the holidays -- even the resorts -- and there are tons of holiday events and happenings, including Mickey's Very Merry Christmas Party, Epcot's Holidays Around the World and Candlelight Processional, the Osborne Family Spectacle of Dancing Lights at Disney's Hollywood Studios, SeaWorld's Christmas Celebration and the Macy's Holiday Parade at Universal. Even better, most of them are included with regular admission into the theme parks. That makes it an extra special bargain in my book, and, yes, a great time to visit.

Mommy Frog also loves to visit this time of year, particularly because of the spectacular decorations on display at the Disney World resorts. Among the most delectable are Disney's Grand Floridian, which features a life-size Victorian gingerbread house and the gigantic gingerbread tree at Disney's Contemporary Resort. Disney's Wilderness Lodge, our very favorite deluxe resort, has nothing edible on display, but it is a sight to behold. Its exposed timber and pitched roof is the perfect place for the massive Christmas tree outfitted in pine cones, drums and teepees.

If you are thinking about next year's trip to Disney World and struggling with the question of whether to pull the tadpoles out of school for an early December vacation, it's definitely worth consideration (here are a few questions to ask yourself before you do). We know this is a personal decision, and we won’t judge you either way

We  recommend reading our post on the SECRET to Avoiding Disney World CROWDS and downloading our wait-time apps before you head to the theme parks. For those of you who are staying on the Walt Disney World Resort property and testing MyMagic+, we still recommend touring earlier when crowds and lowest and booking FastPass+ times in the afternoons and evenings, when crowds are higher. (Just a reminder that FastPass+ is only available in testing for select resort guests.)

This month, there are a couple of big closures at Magic Kingdom® Park, including It’s a Small World® Attraction, which is closed Dec. 2-12. At Disney's Animal Kingdom, Kali River Rapids is closed Dec. 2-13. For more details and a list of all refurbishments, check our closings page.

Inside Magic Kingdom® Park, Cinderella, Rapunzel and other Disney princesses are now holding court in the royal digs at Princess Fairytale Hall, greeting guests, signing autographs and posing for pictures. Princess Fairytale Hall is tucked behind Cinderella Castle in New Fantasyland, where you’ll also find a number of new Magic Kingdom attractions, including Enchanted Tales With Belle, and Under the Sea ~ Journey of the Little Mermaid and the now-under construction Seven Dwarfs Mine Train roller coaster (scheduled to open in 2014).

Want to know what else is new? Look no further than Tad’s exhaustive list of what’s opened or coming to the parks in 2013, and if you’re planning a trip for next year, be sure to check out the 2014 list.

Rainfall chances this month are low, and the average high is 73 while the low of 52. Disney’s Typhoon Lagoon Water Park and LEGOLAND’s Water Park have closed for the season. While the other water parks are open and the water is heated, they are subject to closure during cold snaps. The Disney resort pools and most Orlando hotel pools are heated! Here is the packing list for this time of year.

There are a ton of events happening in December. Here’s the rundown of what’s happening this month. Be sure to check out special events pages for Disney World, Universal Orlando and SeaWorld Orlando for full details.

Will you be visiting in December? What questions do you have for us?