There are big changes afoot in Disney's Animal Kingdom! First off, The Festival of the Lion King show is set to return in June inside the newly built Harambe Theatre. Additionally, Disney has announced two nighttime entertainment events coming to Disney's Animal Kingdom. One of them, Harambe Nights, is set to begin this summer. The other, the "Rivers of Light" night show does not yet have an opening date, but promises to be truly amazing. 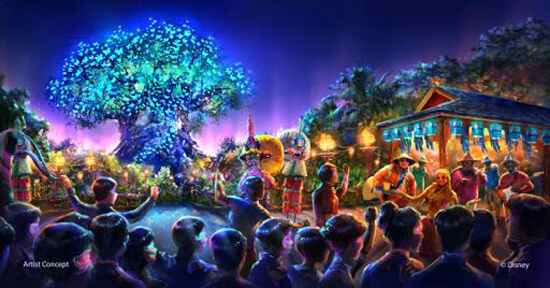 As you may recall, Disney's Animal Kingdom is set to undergo the largest expansion in its history with the creation of the Avatar-inspired land Pandora. The Festival of the Lion King stage closed as Pandora construction began, and the show has been awaiting the opening of the new theater, which we now know will be in June.

As part of the Pandora expansion, Disney is set to expand the hours of the animal-based theme park. It will create additional experiences after sundown with the Animal Kingdom night show, live performers on Discovery Island and a nighttime version of Kilimanjaro Safaris.

While construction on Avatar broke ground earlier this year, it is expected to open in 2017. The good news is that the first of these new nighttime experiences is coming sooner -- as in this summer!!

Harambe Nights will celebrate the 20th anniversary of "The Lion King" and will take place in the newly built Harambe Theatre. Guests will be offered appetizers and African-inspired wine and beer upon arrival. Then they will experience "The Lion King -- Concert in the Wild," a new theatrical experience. Through a live orchestra, choir, dancers, movie moments and lighting and scenic elements, it will tell Simba's journey to find his place as the Lion King. It will be hosted by a celebrity guest narrator. 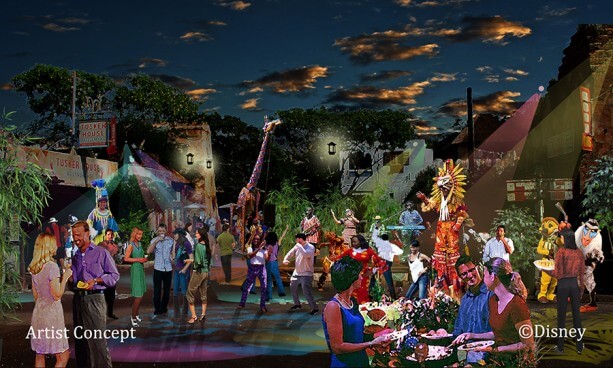 After the show, guests can continue the festivities at the Harambe Nights Street Party, where there will be music, performers, characters and an all-inclusive buffet of African cuisine and gourmet desserts.

The event will take place every Saturday from June 7 through Aug. 9 this summer, starting at 7 p.m. This is a separately ticketed event, with prices starting at $119 for adults and $79 for children ages 3-9 plus tax. You can get tickets through Disneyworld.com/HarambeNights or by calling 407-939-1319. 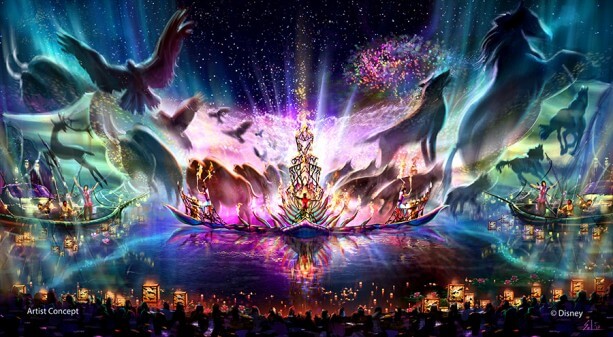 "Rivers of Light" will take place on Discover River, between Discover Island and Expedition Everest. It will combine live music, floating lanterns, water screens and animal imagery. The first rendering for the spectacular looks absolutely amazing!

What do you think of the nighttime entertainment and shows coming to Disney's Animal Kingdom? Share in comments below!

Related: AVATAR-Inspired Land to Open in 2017 at Disney’s Animal Kingdom