Taking Care of Your Elf on the Shelf at Disney World

Leap's Note: Today's post comes from Undercover Tourist customer and super Disney World fan Vern Woodruff. Vern has written about the Disney World character tips, princess dressing in the parks and the Bibbidi Bobbidi Boutique. Here are his strategies for taking along your Elf on the Shelf at Disney World. 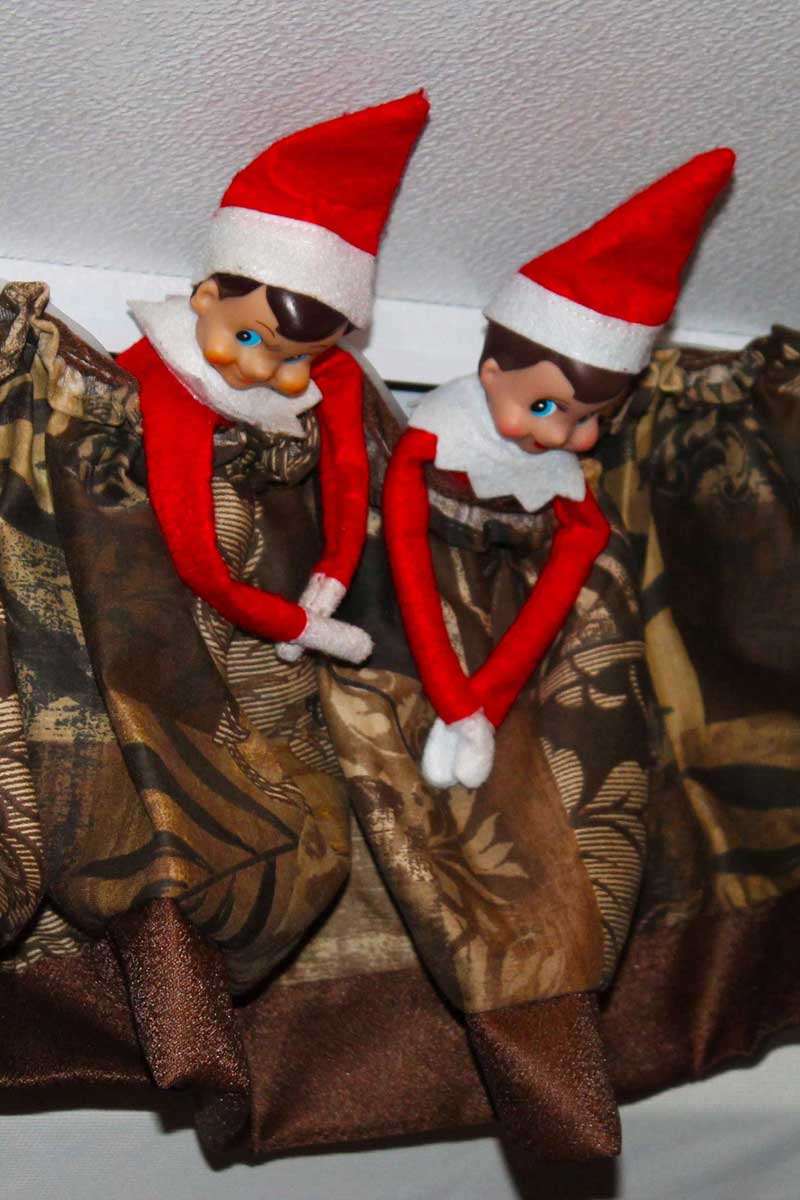 The homes of many children are visited by Elf on the Shelf elves during Christmastime. Families hosting a visiting elf may wonder how to incorporate their Elf on the Shelf on a trip to Walt Disney World. Well, wonder no longer! My family has encountered this four times over the years, and I have a few suggestions that you may find useful.

Strategies for Taking Your Elf on the Shelf at Disney World or to Surprise Your Kids with a Disney Trip!

Strategy 1: Caring for Your Elf on the Shelf at Disney World

Having your Elf on the Shelf at Disney World is a fun option for younger children. We have handled this in two ways on past trips. First, on the day that you depart for your trip, the elf can appear in the box that he or she arrives in. With this technique, the children can see or handle the box without touching the elf, so the elf can easily travel along.

The second option is to hide the elves somewhere and sneak them along on the trip. For this, since we were driving, I hid the elves under the floor of our van the night before we left. The next day, I told the kids that the elves must have gotten a head start on the trip and we would see them again once we reached Disney World.

One issue with having your Elf on the Shelf at Disney World is that there are likely not a lot of places in your accommodations to place the elf each day (especially ones that are safely out of reach of kids.) We only found one good spot for our elf, so we made a point to tell the kids that the elf found a nice home for the week so he was not likely to move.

Strategy 2: Leaving Your Elf at Home During a Disney Trip

While the kids may be disappointed to not see their Elf on the Shelf at Disney World during their trip, it is much easier on you to not have to keep up with the elf during your travels. For this, we have two different options. The first time, we were taking a Disney Cruise and I wanted to avoid the hassle of sneaking our elf onboard and relocating him everyday. To resolve this issue, a note from Santa was left explaining that the elf was scared of being on a boat. So, an elf pet (in our case, the reindeer) was being left to take along instead. Since the elf pets can be held, it is much easier for one of them to tag along. 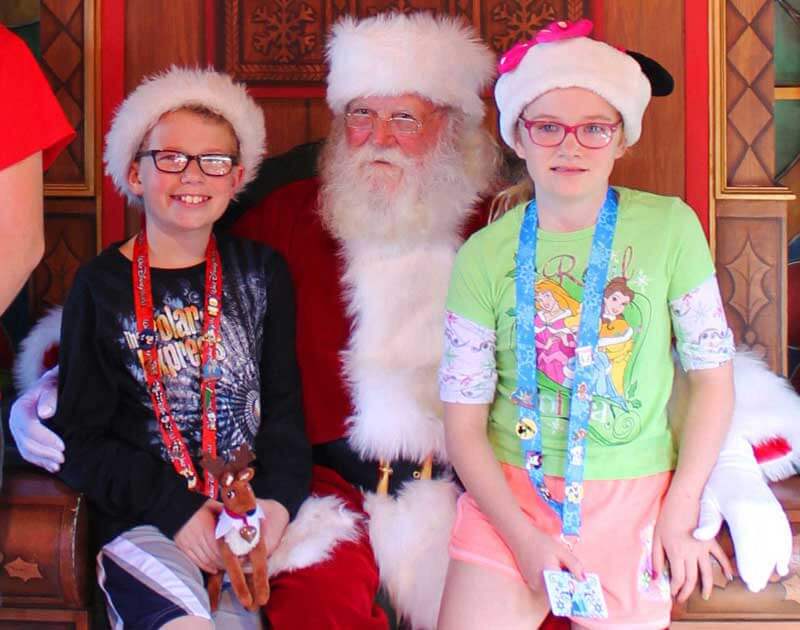 The second time, our kids were older and taller, so again, I did not want to take their elf along. For that trip, Santa left a note stating that their elf was needed to help train new elves. The elf also mentioned his confidence in a lack of naughtiness on a Disney World trip. To again avoid the hassle of taking care of our Elf on the Shelf at Disney World, the elf pet came along as a substitute.

Strategy 3: Using the Elf to Surprise the Kids with a Disney Trip 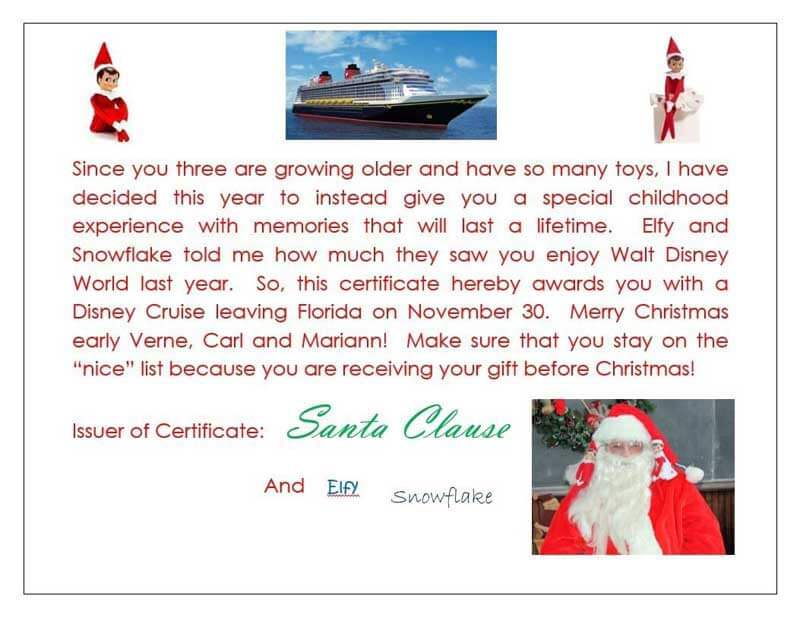 The year we took a Disney cruise, we kept it secret from the kids. Our cruise left shortly after Thanksgiving, and due to the cost of the cruise, we wanted it to be the kids’ Christmas gift from Santa. However, since the cruise was before Christmas, it was not something that could be found under the tree on Christmas morning. To solve this conundrum, we had the elf appear about a month early. The kids spotted it and we discussed reasons why their elf had appeared early … perhaps they were extra naughty and needed closer watching! Since we did need the kids to know about the trip a couple of weeks ahead, one morning they found a certificate from Santa with a Disney Cruise planning DVD near the elf. In the certificate, Santa explained that he was giving them a Disney cruise ahead of Christmas, so that was why the elf appeared early.

For our last visit to Disney World, we again left just after Thanksgiving. Several weeks before, I had been telling the kids that they should have asked for Disney tickets from Santa the year before because we were going to have to purchase tickets once we arrived at Disney World. When the elf arrived at the house the day after Thanksgiving, it had a note from Santa and Disney World tickets. In it, Santa stated that he was giving the kids their Christmas present early … but he still expected them to behave through the rest of the year! 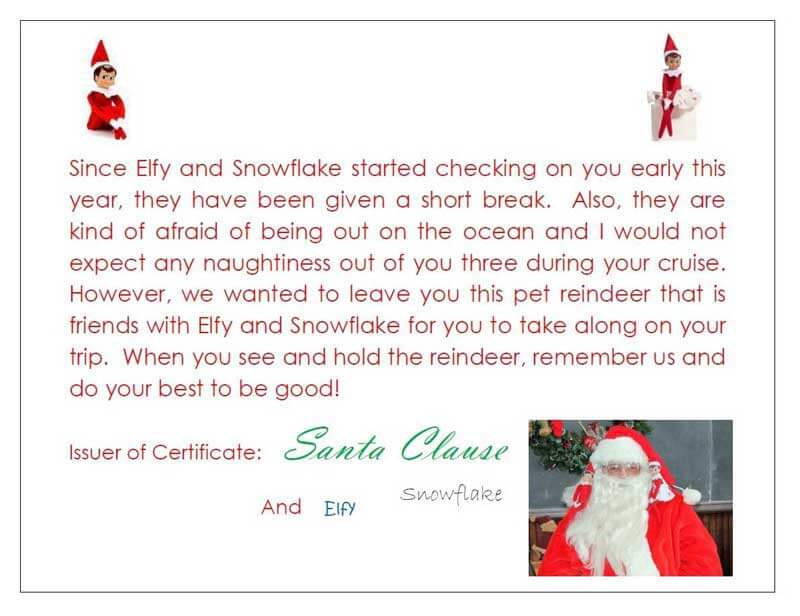 I’ve included copies of some of the certificates that the kids have received from Santa for you to use as a reference. Feel free to copy or mimic these for your own use. I am sure that there are many other neat and interesting ideas that people have taking care of their Elf on the Shelf at Disney World!

Have a tip for caring for your Elf on the Shelf at Disney World? Share it below! Ready to plan your Disney World vacation? Check out our Orlando planning timeline and tips!

Related: Tips to Surprise Your Kids with a Trip to Disney