Mickey's Not-So-Scary Halloween Party is a popular, separately ticked event held at Magic Kingdom on select nights from Aug. 12 to Oct. 31. This is one of our favorite events at Walt Disney World with unique characters, trick-or-treating, special entertainment and more! With so much offered in a limited timeframe, we've created this party park plan to give you the best strategies for maximizing your time at Mickey's Not-So-Scary Halloween Party! 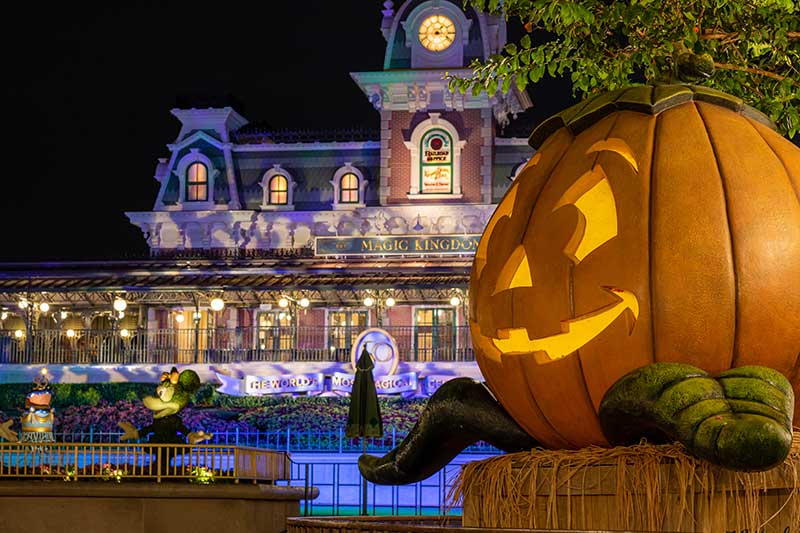 While we have our full guide to Mickey's Not-So-Scary Halloween Party, we wanted to break down our strategies for attending this popular event. The party runs from 7 p.m. to midnight, and you can enter Magic Kingdom as early as 4 p.m. With the party ticket allowing eight hours total in the park, it can be almost an entire day in itself! There's a lot to do at these parties and those prime party hours will fly by.

We created this party park plan to help maximize your time and experience the lowest wait times. (We have park plans for a regular day at the theme parks as well!). This plan helps with the approximate order to follow, as well as general strategies.

Inclement weather can change the best laid-out plans, causing modifications, delays or cancellations for select entertainment, and impacting outdoor rides, treat trails and character greetings. In such cases, you must go with the flow and make the best out of it!

Overall, our best advice is to prioritize what's most important to YOU! Be sure to modify when needed to help align with your family's priorities. 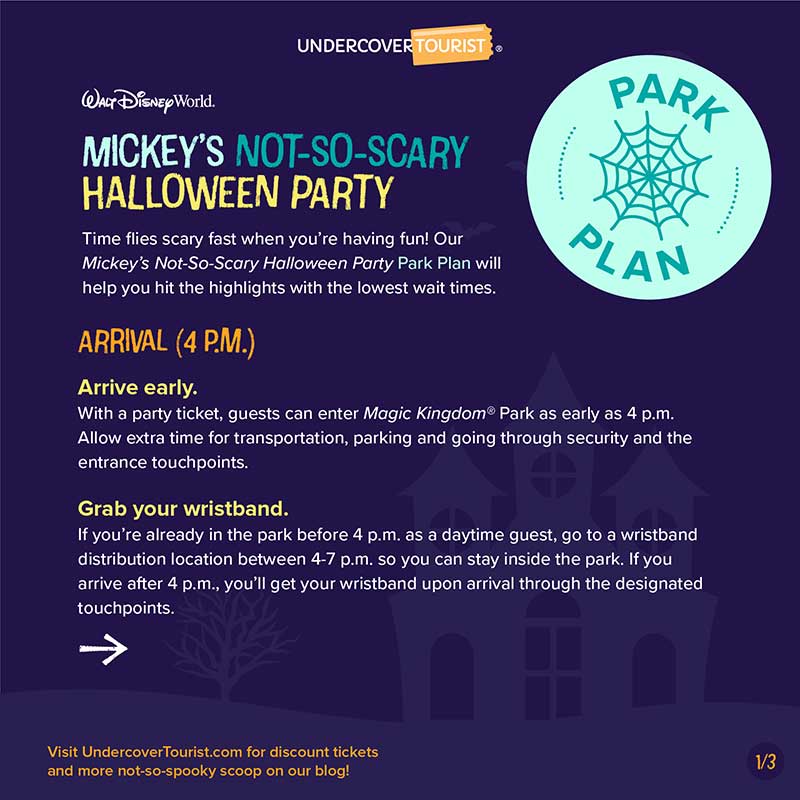 If you're looking for a downloadable version of this park plan to take with you to Mickey's Not-So-Scary Halloween Party, we've got you covered. You can download it here! Hoppy Halloween!

With a party ticket, guests can enter Magic Kingdom as early as 4 p.m., three hours before the party officially starts. Allow extra time for taking Disney transportation or parking at the Transportation & Ticket Center, and going through security and the entrance touchpoints. This first step is a crucial one, as you don't want to be wasting party time later trying to enter the park. 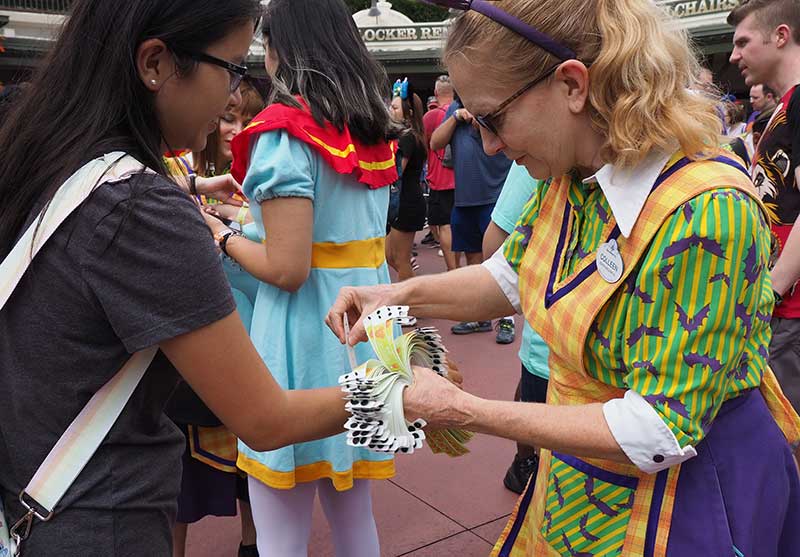 Once you arrive at the Magic Kingdom entrance, head to the specific touchpoints for party attendees. It's usually the touchpoints on the righthand side — keep an eye out for signage and cast member directions to be sure you're in the correct spot.

If you’re already in the park before 4 p.m. as a daytime guest, go to a wristband distribution location, between 4-7 p.m. so you can stay inside the park. Typically, there are wristband locations in Adventureland (across from Pirates of the Caribbean), Tomorrowland (across from Monsters, Inc. Laugh Floor), Fantasyland (in front of Mickey's PhilharMagic) and in Chamber of Commerce (next to City Hall). 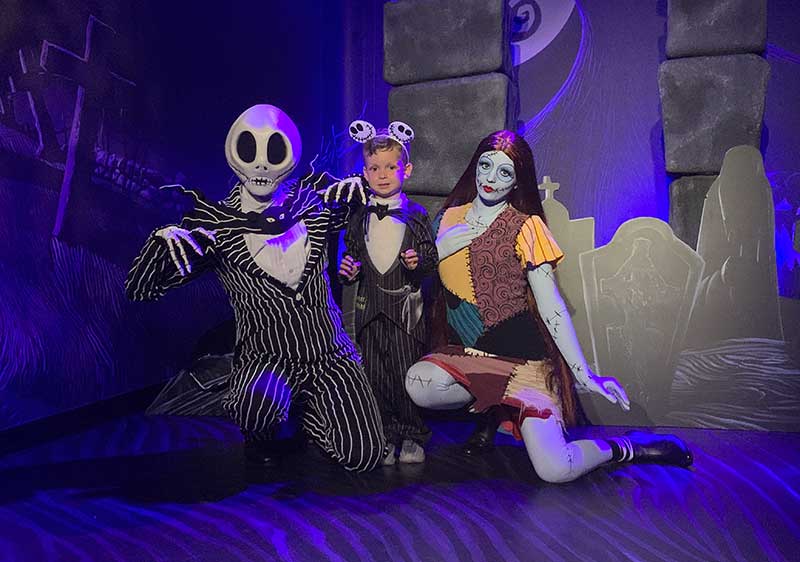 Due to their popularity, the "Nightmare Before Christmas" duo starts greeting guests with party wristbands at 4:30 p.m., so hop in line at Town Square Theater as soon as you enter the park at 4 p.m. to be near the front of the line. Cast members allow people to line up as soon as they see the first wristband.

Hop tip: If there's already a line when you arrive, double check how long the line is with a cast member. The line quickly builds, so if it's too long by the time you ask, come back just before the first parade starts. We've seen it come down to about an hour since everyone else is waiting for the parade.

If your party focus is on special entertainment, characters and trick-or-treating, go on rides now. Not all rides and shows are open during the party, so make sure to prioritize if you don’t want to miss out on any later. Unavailable attractions include Carousel of Progress, Mickey’s PhilharMagic, Enchanted Tiki Room, Hall of Presidents, Country Bear Jamboree, Liberty Square Riverboat and Tom Sawyer Island. Save any rides with special overlays for the party. 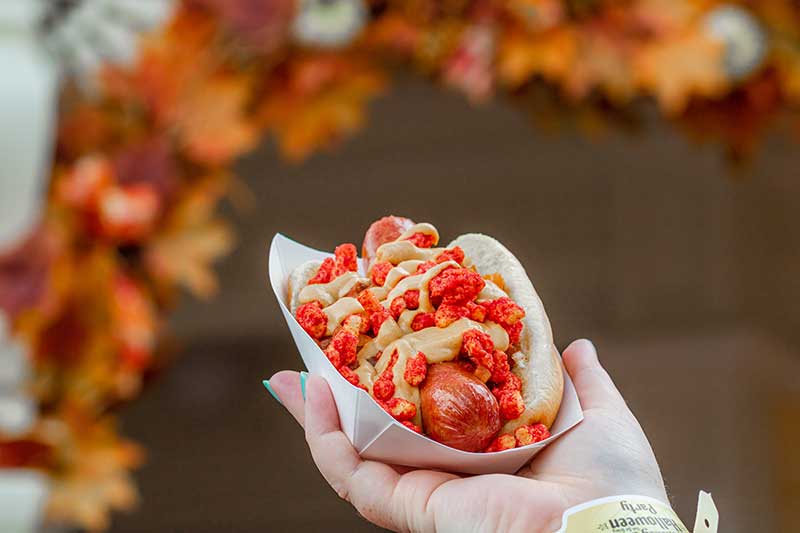 The party is packed with fun festivities all night long. Take the extra time to sit down and fuel up before the party starts. Because time is limited, we recommend a quick-service spot, such as Cosmic Ray’s Starlight Café, which serves up Halloween-themed burgers, or Casey's Corner, which is offering a Pain and Panic-themed hot dog. Check out full Halloween menus at Magic Kingdom for more details!

While nearly every character during the party will be exclusive (either in a Halloween costume or a rarely seen character), certain characters wear the same outfit during the day and the party — such as Rapunzel, Tiana, Cinderella and Elena in Princess Fairytale Hall. You may want to save party time by meeting them between 4-7 p.m.

7. Get Exclusive Treats and Merch Early 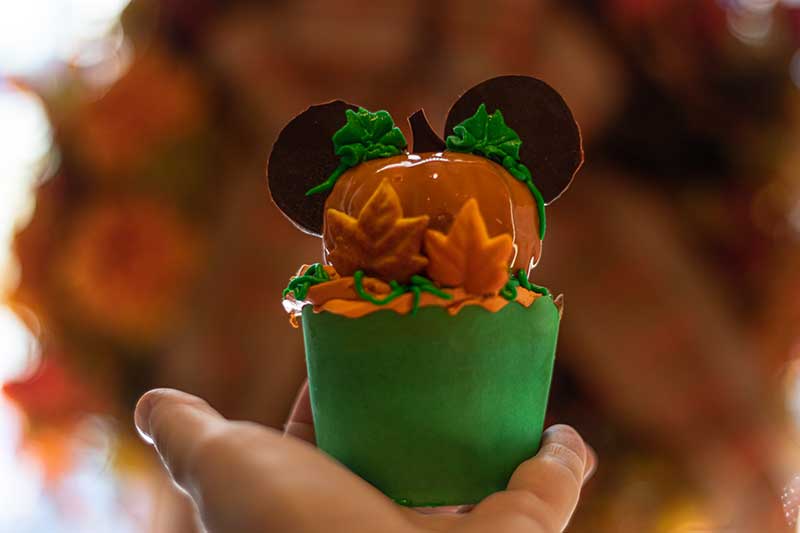 Some special treats and merchandise may draw long lines and sell out early in the night. If you're eyeing a special item, be sure to grab it early just in case, so you don't regret missing it later! 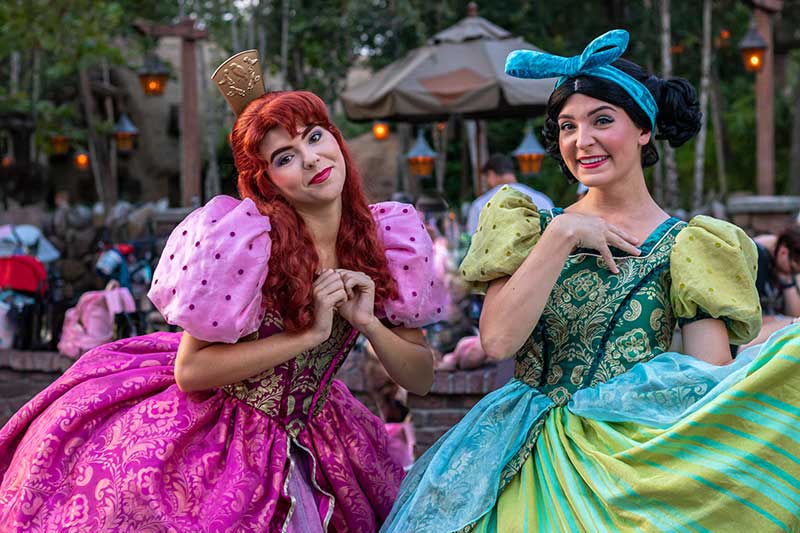 If you must visit a certain character, be sure to do so earlier in the night, as some may leave their location to be in the parade or cut off the line 30 minutes before the party ends. Characters may also take breaks so remember to pack your patience when waiting in line. Double check with a cast member to find out how long a line is. For a full list of character locations, hop over to our blog! 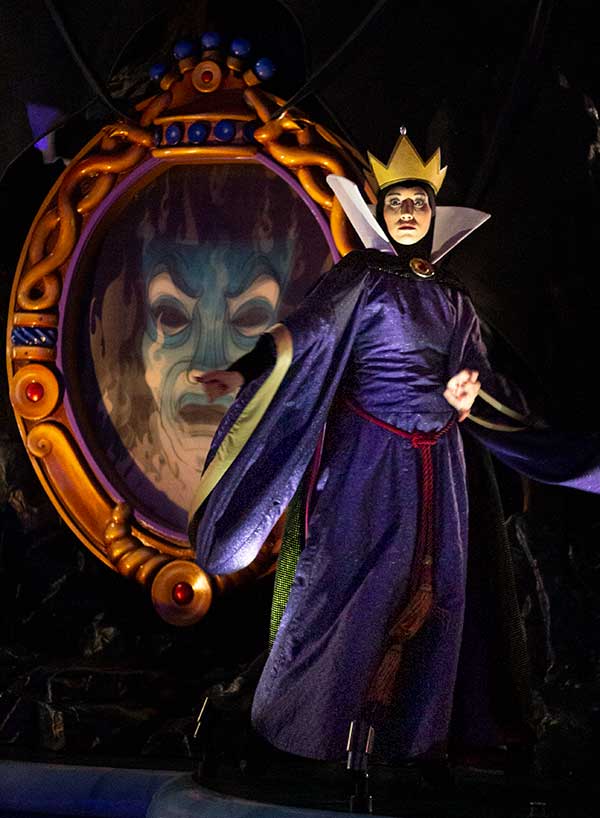 For a good view with shorter notice, grab a spot in front of the Walt Disney World Railroad station. While you wait, the Headless Horseman gallops along the entire parade route about 15-20 minutes before the rest of the parade. Here in this spot, you'll also be able to participate in Powerline Max's dance party, which hoppens in Main Street, U.S.A. minutes before the parade reaches the area.

10. Find a Spot for Fireworks

Once the parade is over, move as close as you can to Cinderella Castle for the fireworks show so you can have a better view of the projections. Just know that people may stay in their spot after the first parade, so the Hub will remain crowded.

There can be long lines for the treat trails early on, so focus on the rest of your plan and trick or treat later with little to no wait.

12. Circle Back to Characters and Sprinkle in Your Favorite Rides

With the remaining time left, catch any characters you may have missed and go on your favorite rides — both of which have lower wait times as the night goes on.

13. Finish the Night with the Sanderson Sisters 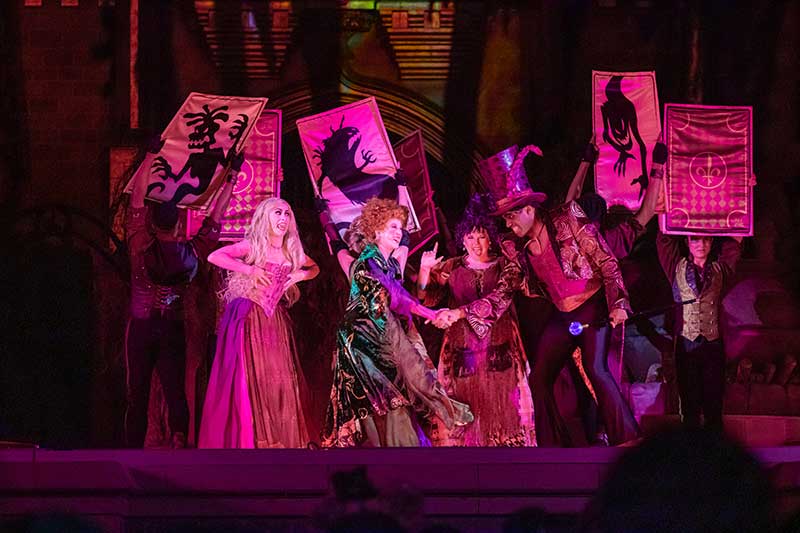 By watching the last stage show of the night, you get to stay past the official party time to close out the park with the Sanderson sisters and their villainous friends.

We hope this helps you plan out your time at Mickey's Not-So-Scary Halloween Party! Let us know your family's strategies in the comments below!