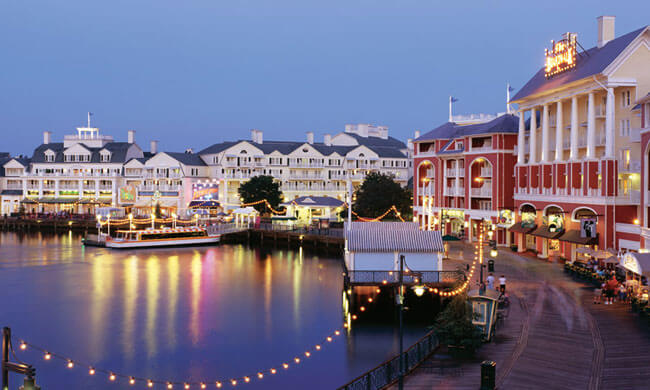 Stroll along Crescent Lake and take in the sights and sounds along Disney’s BoardWalk Entertainment District, reminiscent of beachside turn-of-the-century East Coast. Numerous shops line the Boardwalk, offering plenty of window shopping opportunities. Watch the game or catch a live interview at the ESPN Club, which often hosts live radio sports shows. Or take in the marine-themed fine art at Wyland Galleries. 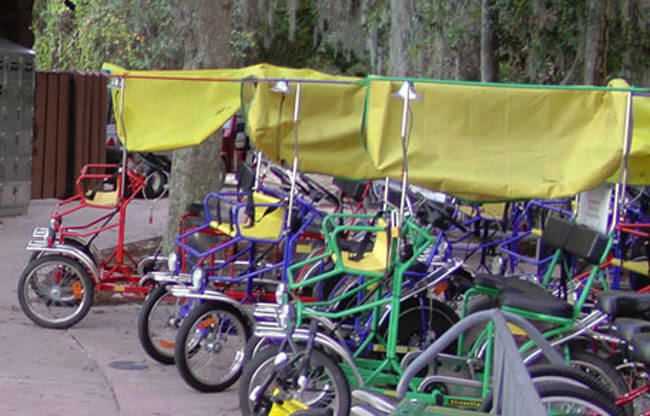 It's not free, but one of the most fun things the Frog Family ever did at Disney World was rent one of the multiple-seating surrey bikes for the hour and traveled around the boardwalk and Disney’s Yacht (&|&|and) Beach Club Resorts pathways. Beware! Getting up the bridge connecting the Beach Club and Boardwalk can be quite a challenge.

Take in the Electrical Water Pageant 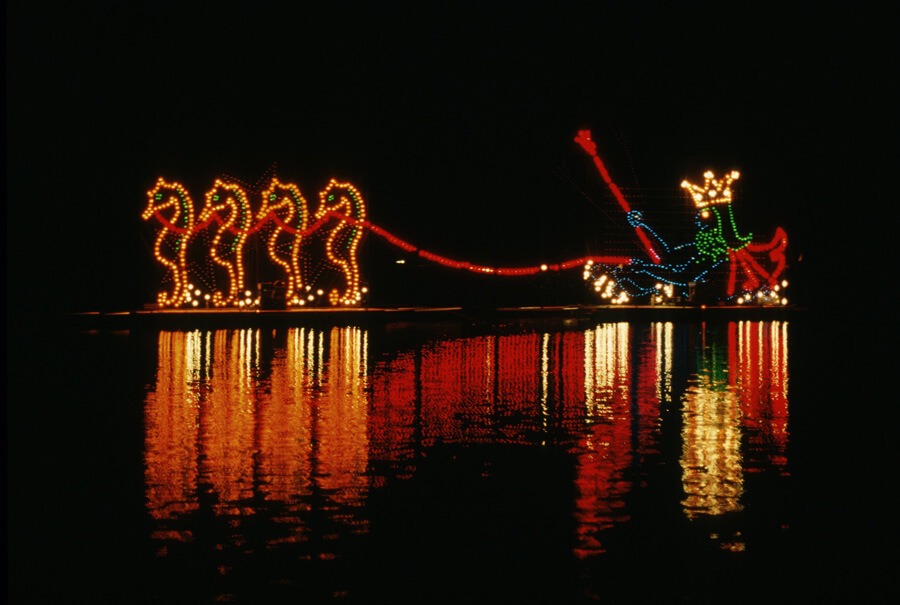 One of the few original opening shows at Walt Disney World that continues to this day, the pageant takes place nightly (weather permitting) on the Seven Seas Lagoon and Bay Lake, and features floating sea creatures lit by hundreds of bulbs! You can see it outside the entrance to Magic Kingdom® Park or from the beaches and docks alongside Disney's Polynesian, Grand Floridian, Disney’s Wilderness Lodge, Fort Wilderness and Contemporary resorts. 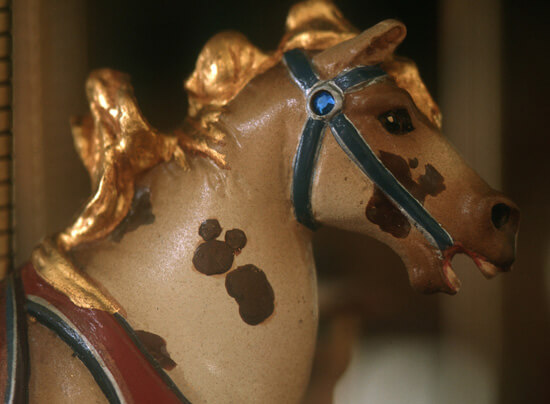 One of our very favorite things to do is to keep an eye out for the famous mouse ears that are interspersed throughout the park. Believe me when I tell you there is nothing quite like the thrill of being the first one in your group to announce "I spy a hidden Mickey ..." that no one else has seen before!

Strike up a conversation with a stranger 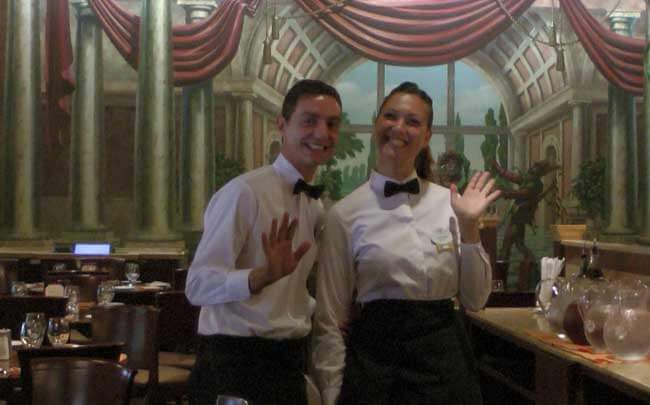 Sometimes the introverts among us need a little bit of nudging, but one of the best ways to pass the time while waiting in line is to strike up a conversation with a stranger. After all, people come to the parks from all over the world! It's always interesting to hear where people are from and what they've enjoyed about their trip.

And don't forget about cast members! It should come as no surprise that they love talking to guests. Even better, cast members have tons of insider knowledge about the parks and can offer suggestions to make your trip much more memorable. 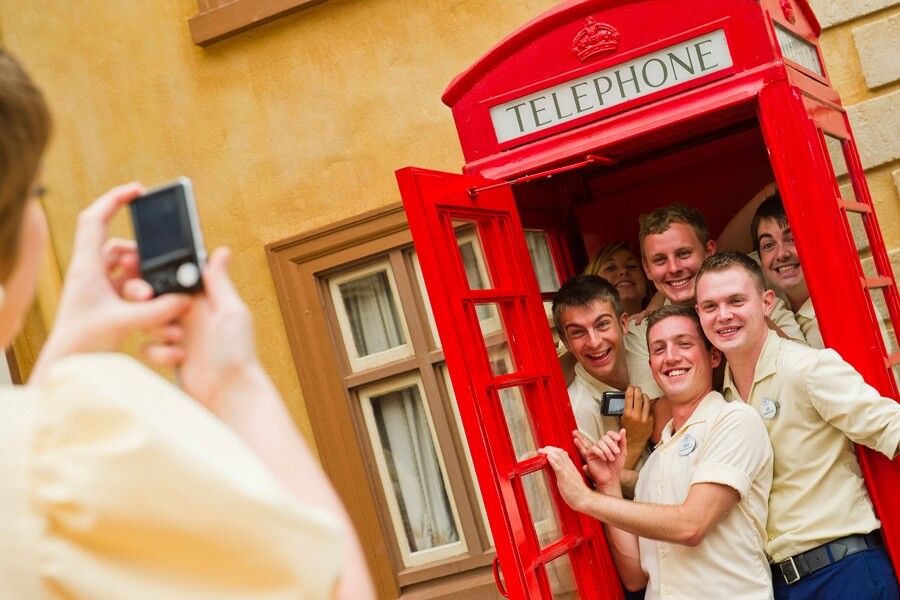 Update: We called Disney World to confirm that the numbers were still working, and a representative confirmed that they were. However, we have not been able to get through.

Canada and the United Kingdom have working pay phones that have served as the backdrop to many a picturesque photo. While you can give the numbers a call anytime ("How's the weather there in sunny Florida?"), it might be more fun to sit nearby in Epcot® and ring the phones as someone stops by.

Catch a fireworks show from outside of the park 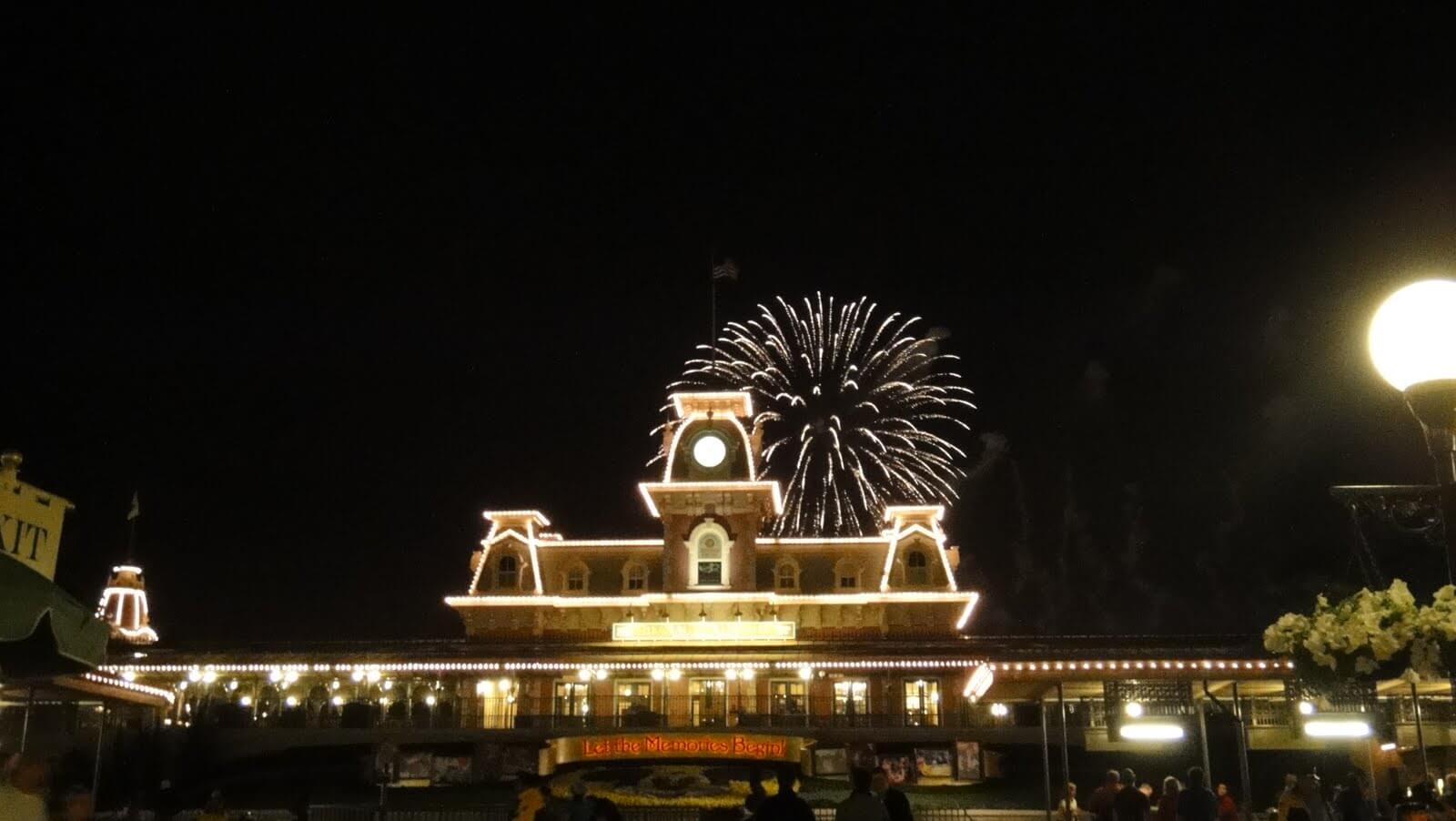 As we learned in our recent post on romantic things to do at the theme parks, the beach at Disney’s Polynesian Resort is a popular location for watching the fireworks show outside of Magic Kingdom® Park. The beach at Disney’s Grand Floridian Resort & Spa is another fireworks-viewing destination, although it is hampered right now by construction. Another popular place to catch the fireworks is from the boat launch at the Ticketing and Transportation Center. Like at the Polynesian, the show's music is piped in for full effect.

Pay the animals a visit at Disney’s Animal Kingdom Lodge 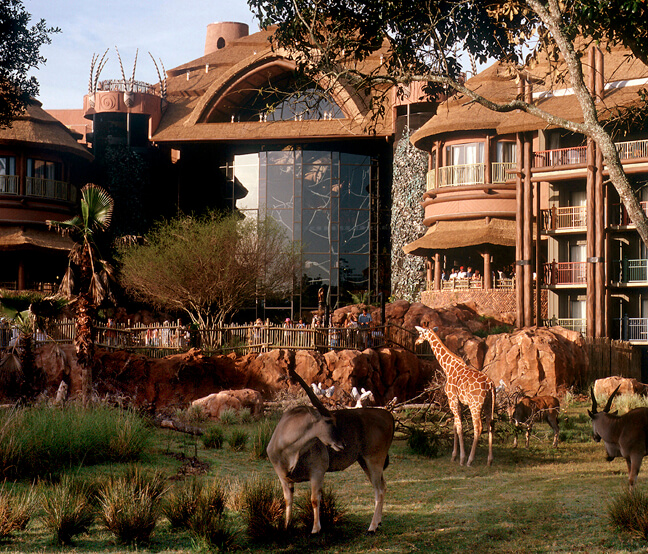 Disney’s Animal Kingdom Lodge plays host to more than 30 species of African wildlife, including zebras, giraffes, gazelles, kudu and flamingos. You don't have to be a resort guest to see the magnificent animals, which can be observed from the elevated 'kopje,' or rock cropping, which allows guests to view the animals from yards away. 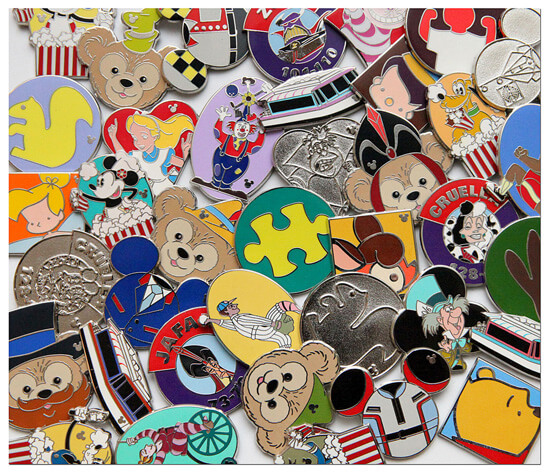 The initial Disney Pin investment isn’t free, but trading them with Cast Members at the Disney parks and resorts certainly is. Click here for more information about getting started on this fun Disney tradition.

There’s always a reason to celebrate when you’re at Walt Disney World, so don’t forget to stop by Guest Relations to pick up your FREE Celebration Button. Wear it proudly during your trip and you’re sure to get lots of special attention!

What are your favorite FREE things to do at the parks? Share in comments below!

Related: FREE Stuff at Disney? Yep ... Some of the Frog Family's Favorite Activities