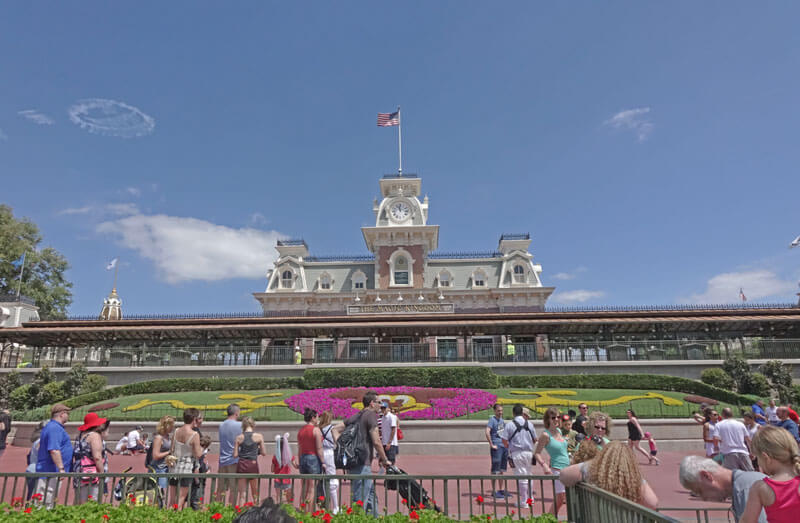 As experienced Disney vacationers, the Frog Family is always looking for free or inexpensive things to do while we're visiting the parks, but who isn't? A trip to Disney World is never cheap, but there are a few treasures that won't cost you a pretty penny. 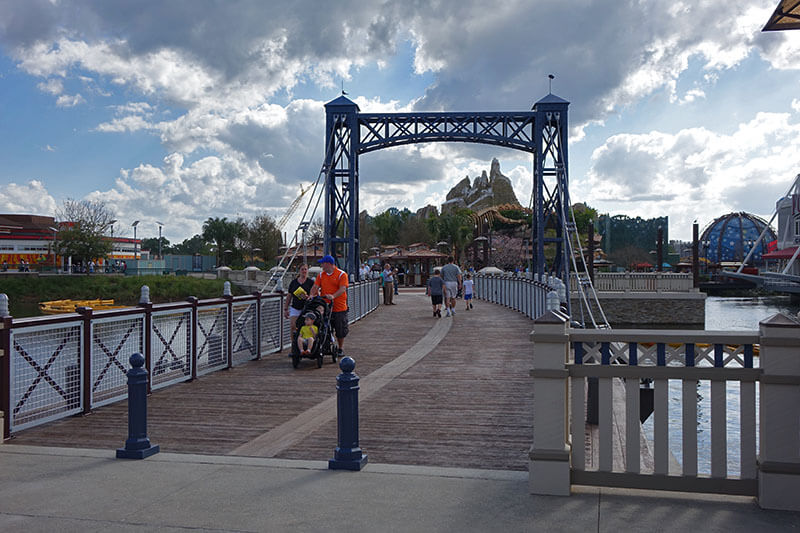 There is no charge to visit Disney Springs, and there are several free (or almost free) things to do while you’re there. As you probably know, the entertainment area is adding new restaurants and retailers this summer as it expands to double the size of its former Downtown Disney, so keep a lookout for those additions as well. 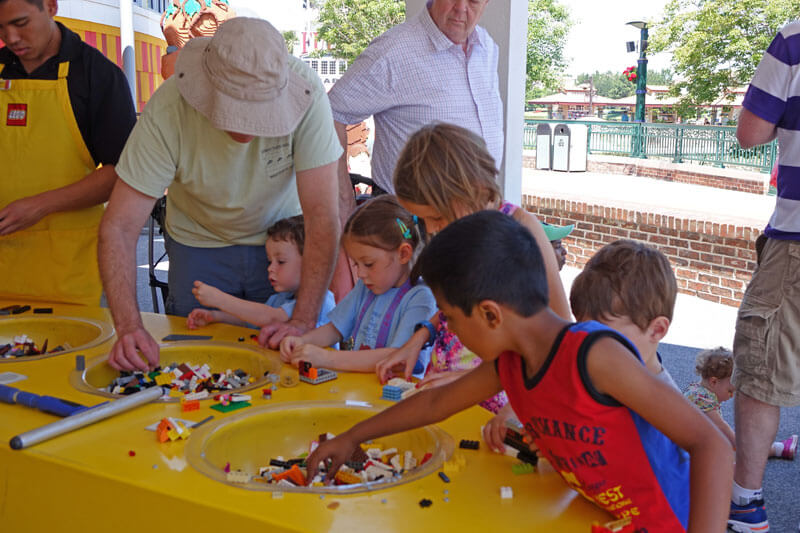 Tad and Lily love the LEGO Imagination Center where they can dig through the giant tubs of LEGO bricks, create a “masterpiece,” and even race their figures on ramps. Inside the store, there are computers where the kids can play games and design LEGO structures.  Also, the center hosts a LEGO Monthly Mini Model Build, where kids can build and take home their own model for free!

Looking for live music? Disney Springs has plenty of it and sometimes for free, too! House of Blues often hosts live music at its Front Porch Bar if you buy a drink and sit. Don't forget to look for the DJ Kids Dance Party at Waterside Stage! Young tadpoles can let loose and get their groove on near the water.

And while it's not free, for just $2, children under 42 inches can hop aboard the carousel at the Disney Springs Marketplace.

2. Find Your Own Treasure 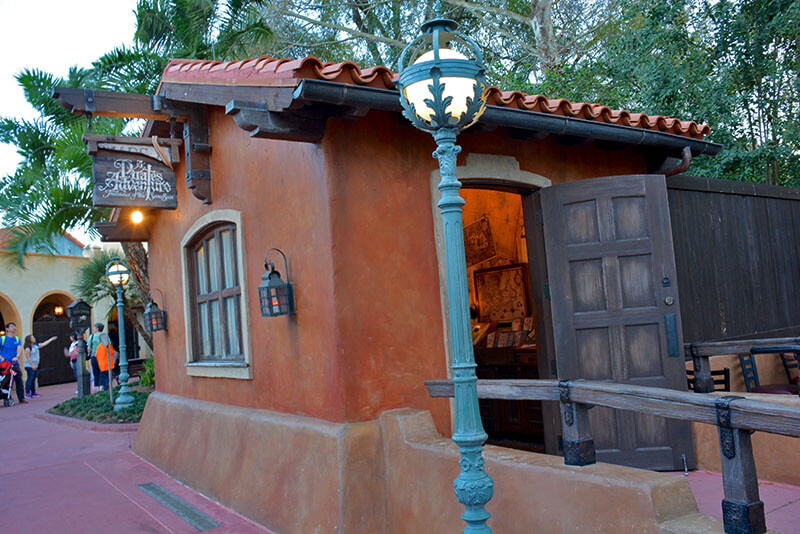 A Pirate's Adventure ~ Treasure of the Seven Seas is easily one of the funnest, free Disney activities to do! It's great for passing time, while you're waiting for a dinner reservation or FastPass+ return time at Magic Kingdom. The adventure takes place in Adventureland with you going on a "treasure" hunt. The game is interactive with special effects and you can even take home your treasure hunt maps, as well as the "treasures" you find (they're similar to gaming cards); they make awesome souvenirs, and it doesn't cost you a dime!

There are other free interactive games located throughout the parks as well, such as Sorcerers of the Magic Kingdom and Disney Phineas and Ferb: Agent P's World Showcase Adventure in Epcot.

3. Take a Ride on the Monorail

Sometimes it’s the simple things that the kids love the most and riding the monorail is one of those things. It’s free, too! When Tad was a toddler, one of his favorite things to do was take the bus from our Disney hotel to Magic Kingdom® Park or Epcot® and ride the monorail for hours. Going through the Disney’s Contemporary Resort lobby was a huge deal for him! (Watch this video for a “virtual” Monorail ride.)

4. Hunt for Hidden Mickeys and Look for Interactive Gems in the Queues 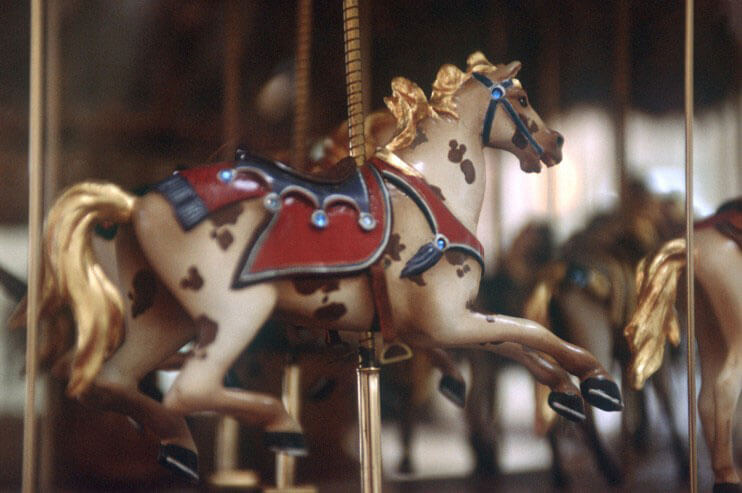 One of our very favorite things to do is to keep an eye out for the famous mouse ears that are interspersed throughout the park. Believe me when I tell you there is nothing quite like the thrill of being the first one in your group to announce "I spy a hidden Mickey ..." that no one else has seen before!

Now, though, there are even more "gems" to be found in the parks. If you're wearing your MagicBand, your name will be displayed on the "advertisements" inside the Expedition Everest queue. And when you come to the end of It's a Small World, if you're wearing your band, you'll get a personalized goodbye. 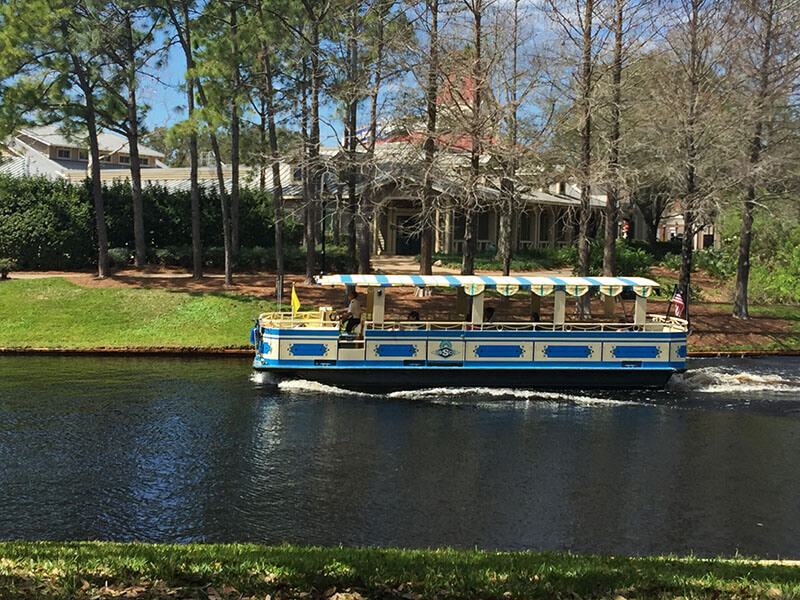 If you’ve ever been to Walt Disney World, you’ve probably noticed how much water surrounds the theme park and resort areas. So why not take a free boat ride? Here are a few free boat ride ideas:

6. Watch Movies and Gather Around the Campfire

Most of the Moderate and Deluxe Resorts offer complimentary campfires for all guests. Ft. Wilderness even has a sing-a-long with Chip 'n' Dale!  You can bring your own marshmallows to roast or purchase some at participating resort hotels. You'll also have the opportunity to enjoy complimentary outdoor screening of Disney movies after the campfire! We love a good marshmallow roastin', so we always take advantage of this activity at least once during a Disney trip. 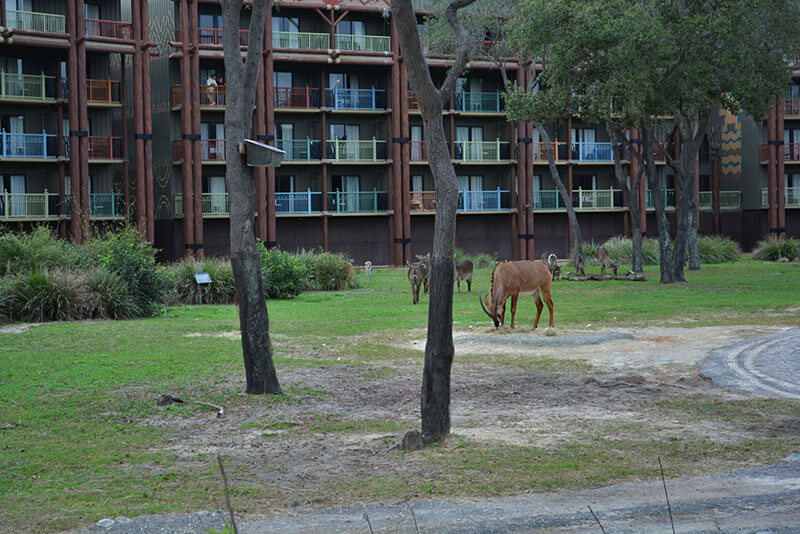 In my opinion, some of the Disney resorts could be considered ‘theme parks’ themselves. Two of my favorite resorts to explore are Disney’s Animal Kingdom Lodge (watch our Frog Family tour here) and Disney’s Wilderness Lodge. You can take a Disney bus from the theme parks to the resorts or you can drive yourself and get a free 3-hour parking permit.

Many of the Disney resorts are also decorated beautifully during the holidays and offer free activities, like the gingerbread house decorating demonstration at Disney's Grand Floridian Resort!

Similar to Main Street Electrical Parade (but on water), this colorful parade gracefully floats across the lagoon with plenty of twinkling lights and Disney electronic music. The water parade is made up of sea creatures that light up the night, and you can watch it for free, too! The best part is if you're staying at Disney's Polynesian Village, Grand Floridian, Wilderness Lodge, Fort Wilderness or Contemporary Resort, you don't even have to leave the hotel to view it. Watch the Electrical Water Pageant here.

While technically not free, it’s a VERY inexpensive way to have some fun and maybe even start a collection. You’ll find Pressed Coin Machines throughout the Disney theme parks and resorts. Insert your pennies and quarters and watch as the machine presses them into an elongated coin. Look closely at your coins; you’ll get a different design from each machine.

10. Spend the Evening at Fort Wilderness 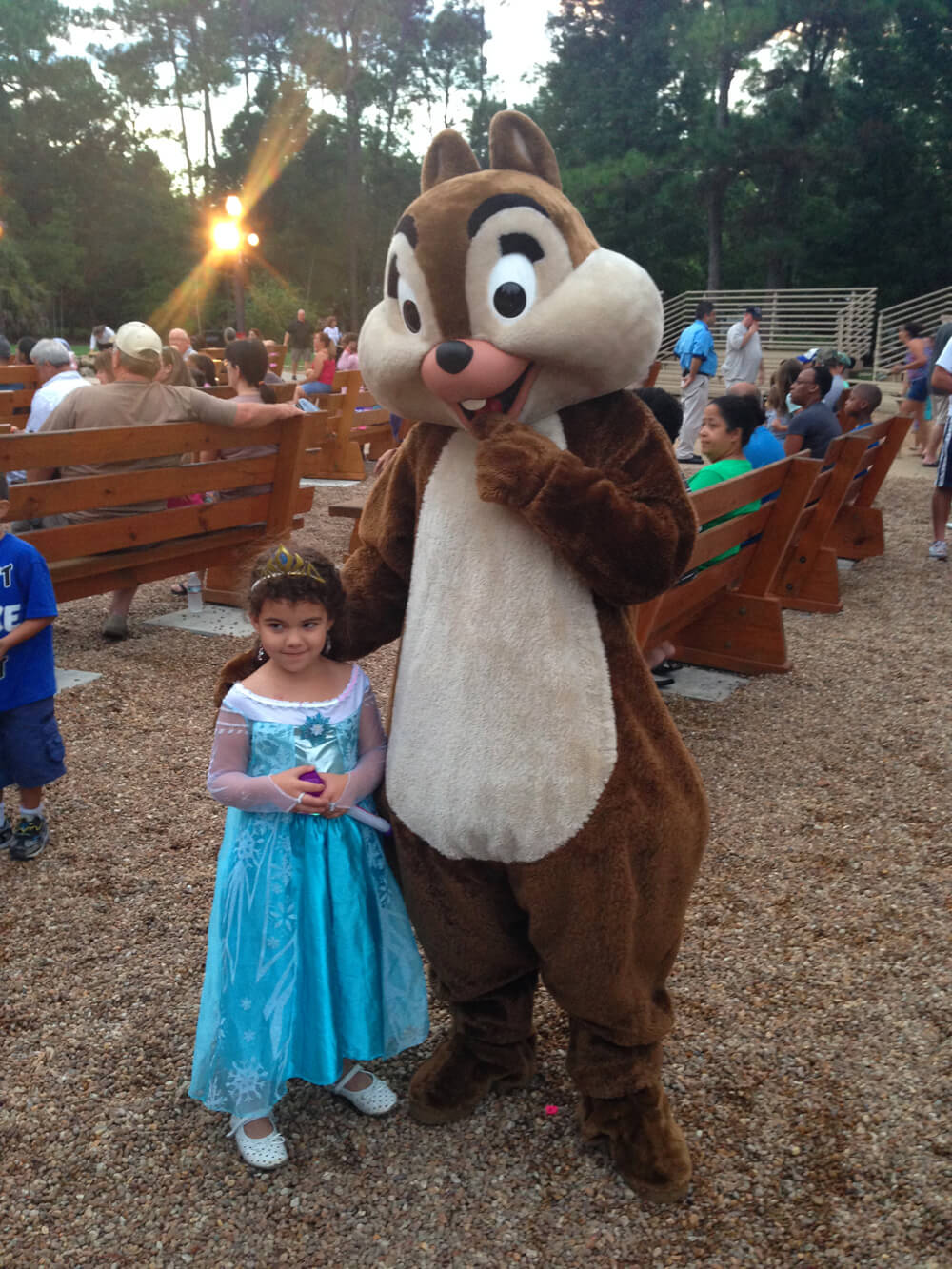 Head over to Disney’s Fort Wilderness Resort & Campground where you can get some fresh air, relax on the beach, take a look at the cute ponies at Tri-Circle D Farm and play on the playground. If you stick around until about 9:30 p.m., you’ll get an awesome view of the Electrical Water Pageant. (Watch the video here.) If you’re a Disney resort guest, you can join Chip ‘n Dale for a FREE campfire sing-along that usually begins around 7 p.m. during the fall/winter season (8 p.m. during the spring/summer season). After the sing-along, you can curl up with a blanket for a Disney movie under the stars.

P.S. You know what else is free? Undercover Tourist’s app and planning guides! Have any other free Disney activities you'd like to share? Let us know in the comments below!