A Peek Inside Harry Potter and Escape from Gringotts

With the official opening of The Wizarding World of  Harry Potter™ - Diagon Alley™ set for July 8, we wanted to take you deep inside the vault of Gringotts Bank, where so few muggles have gone before to give you a little preview of Harry Potter and the Escape from Gringotts™ . While the approach and queue of Escape from Gringotts are quite intimidating, the ride itself is overall less treacherous than Harry Potter and the Forbidden Journey™. The Universal Orlando® Resort billed it as a "family ride," and with a lower height requirement (42 inches) than the Forbidden Journey, it will indeed reach a broader group of potential riders -- if they dare. While the sheer thrills are not as scary as Forbidden Journey, the story elements are every bit as chilling as the headliner in Hogsmeade™ and maybe even more so. 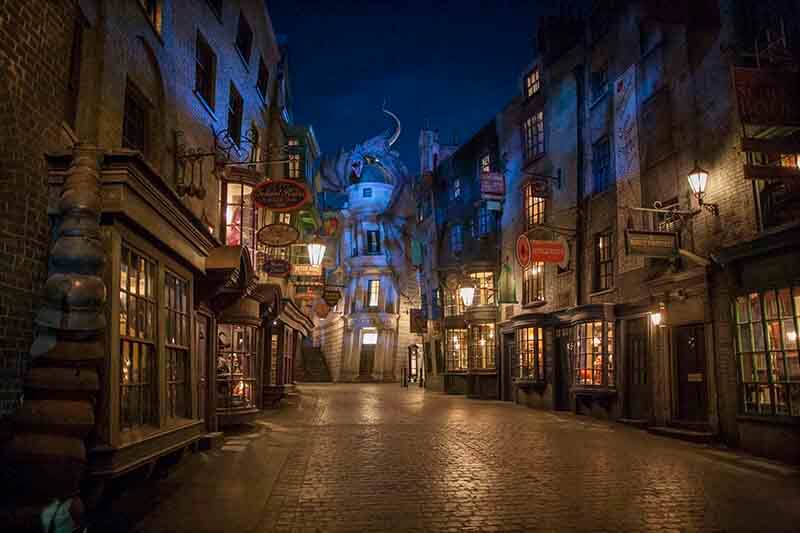 Before you even enter the bank, and indeed when you enter Diagon Alley, you cannot miss the Ukranian Ironbelly dragon sitting atop the bank, just waiting to strike. Guards are stationed outside of the bank, ever vigilant to thieves. 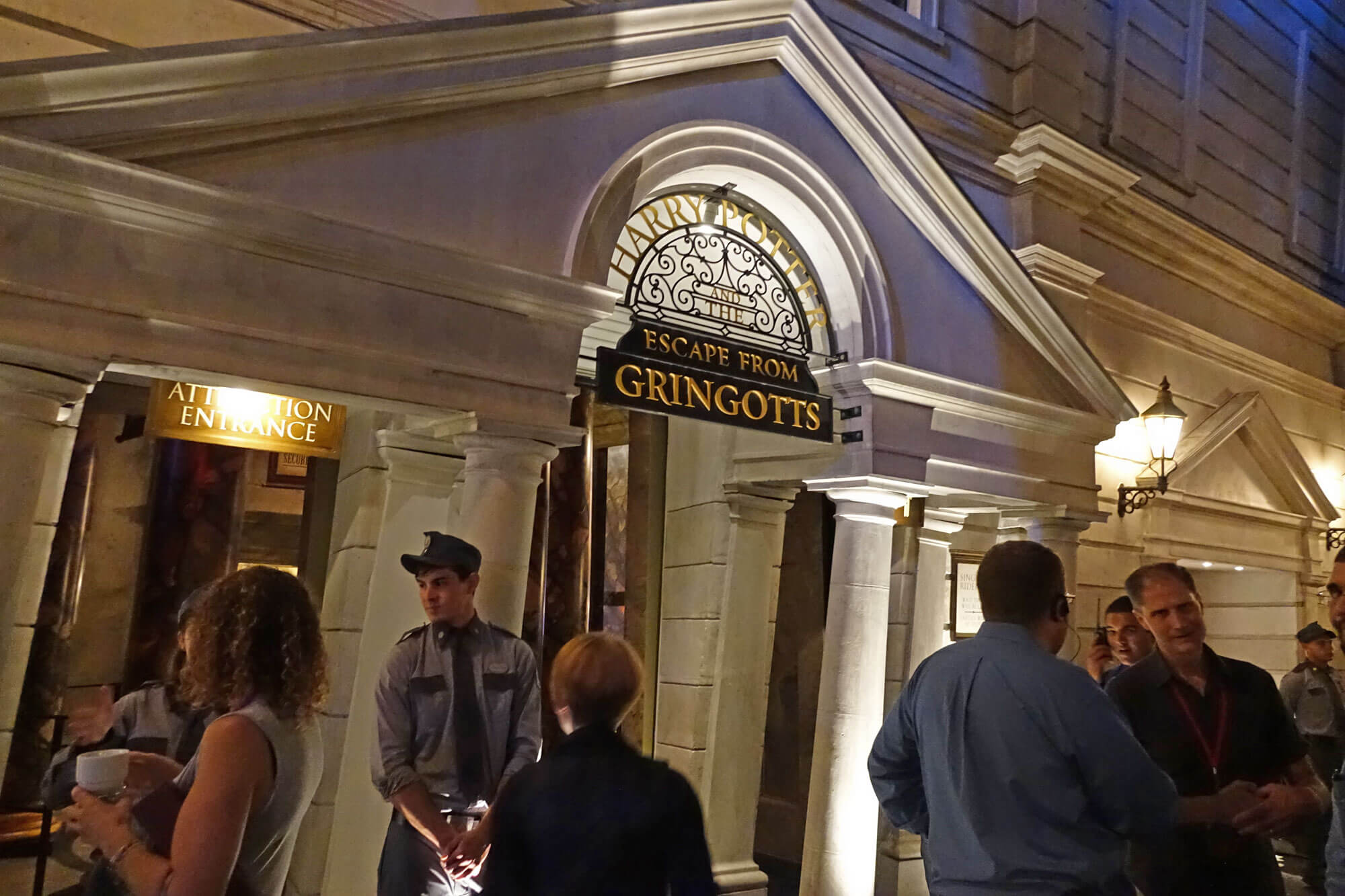 You enter the bank from the right side (you'll find lockers there too, and yes, you will need to stow your loose items). While guests have the option of a single ride line, those who opt for it will miss the lobby and the pre-shows.

Inside, the lobby is every bit as opulent as you would expect. 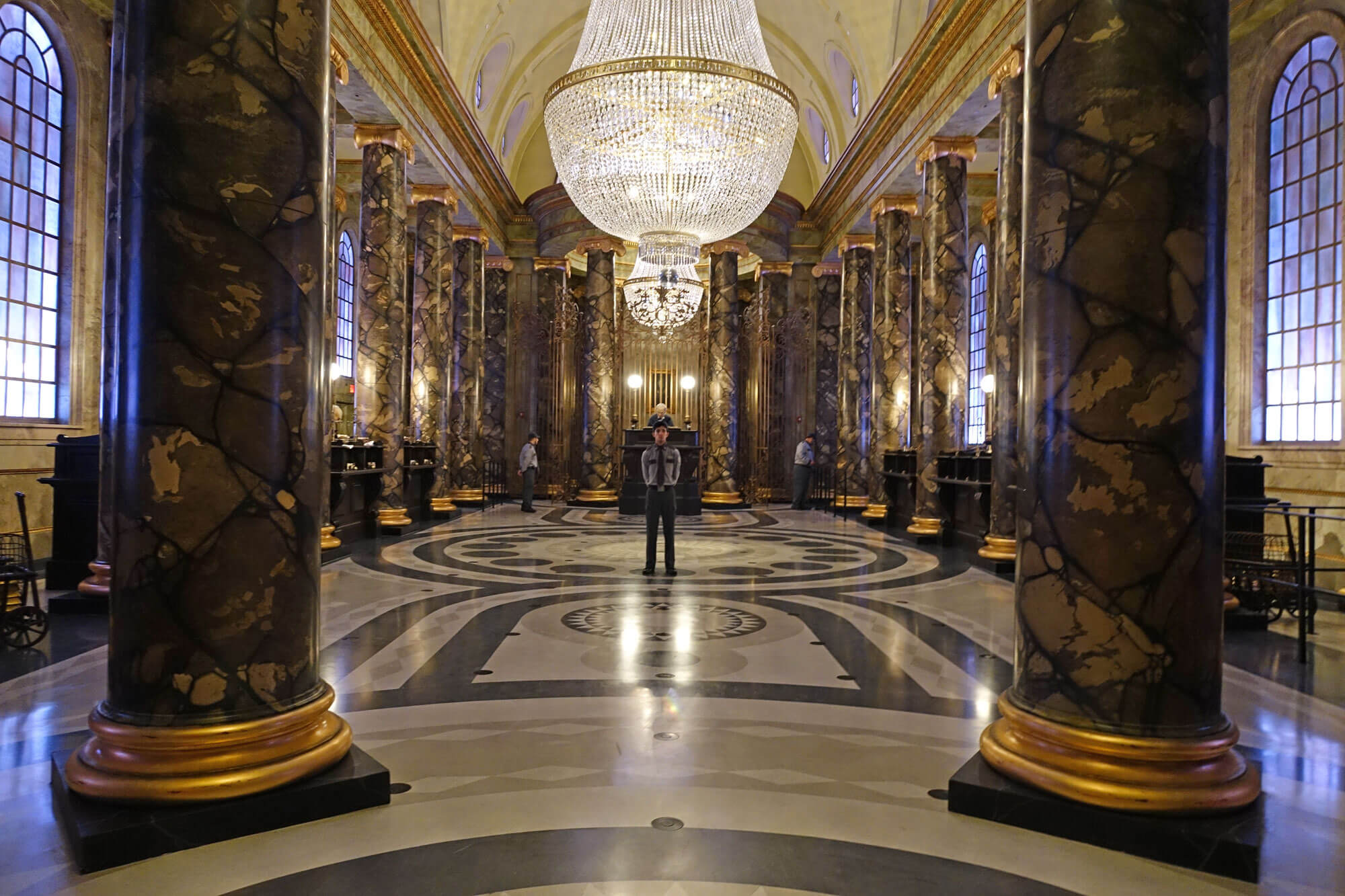 The very life-like goblins are hard at work counting their Gringotts gold. 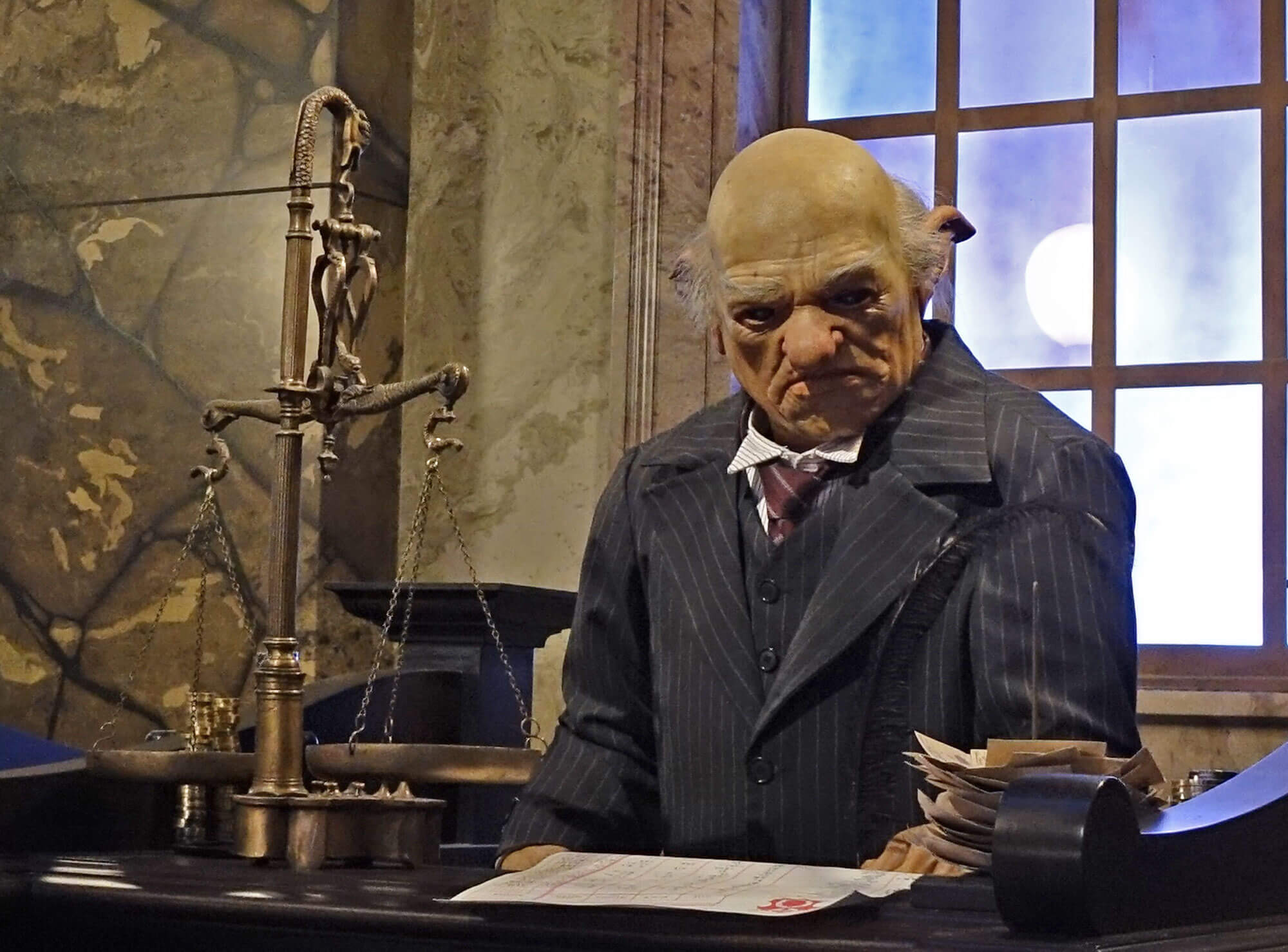 Occasionally they do look up from their work, and I am sure I am not the only one who will find the experience of making eye contact with a goblin quite unnerving! 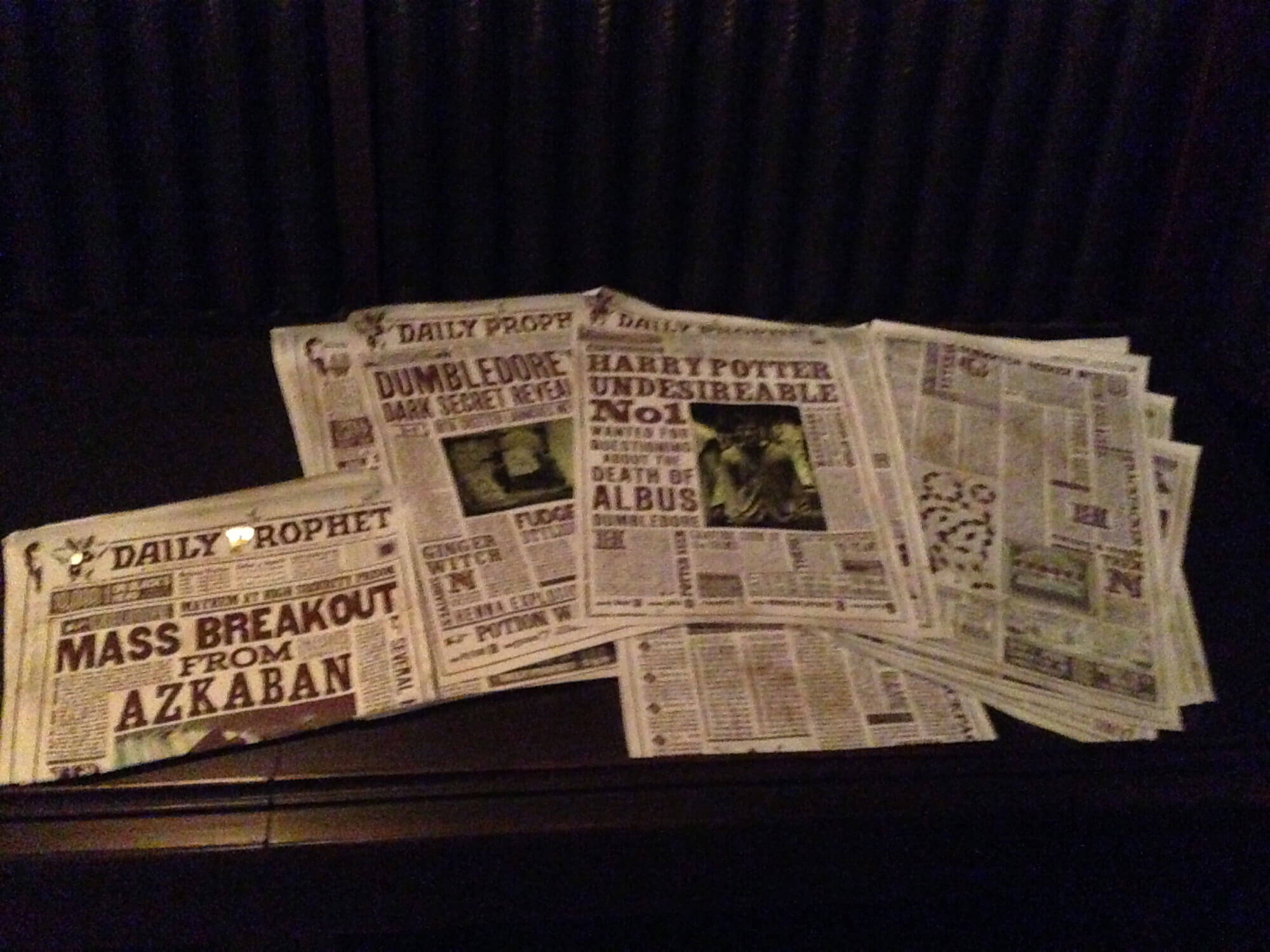 As part of your tour of the bank, you will be shepherded past the lobby and into a long hallway that holds the goblins' offices. You'll be photographed, ID'd if you will, for your upcoming tour through the vault, and you'll be able to purchase the photo at ride's end. You'll also find animated copies of the Daily Prophet proclaiming Harry Potter the no. 1 undesirable. 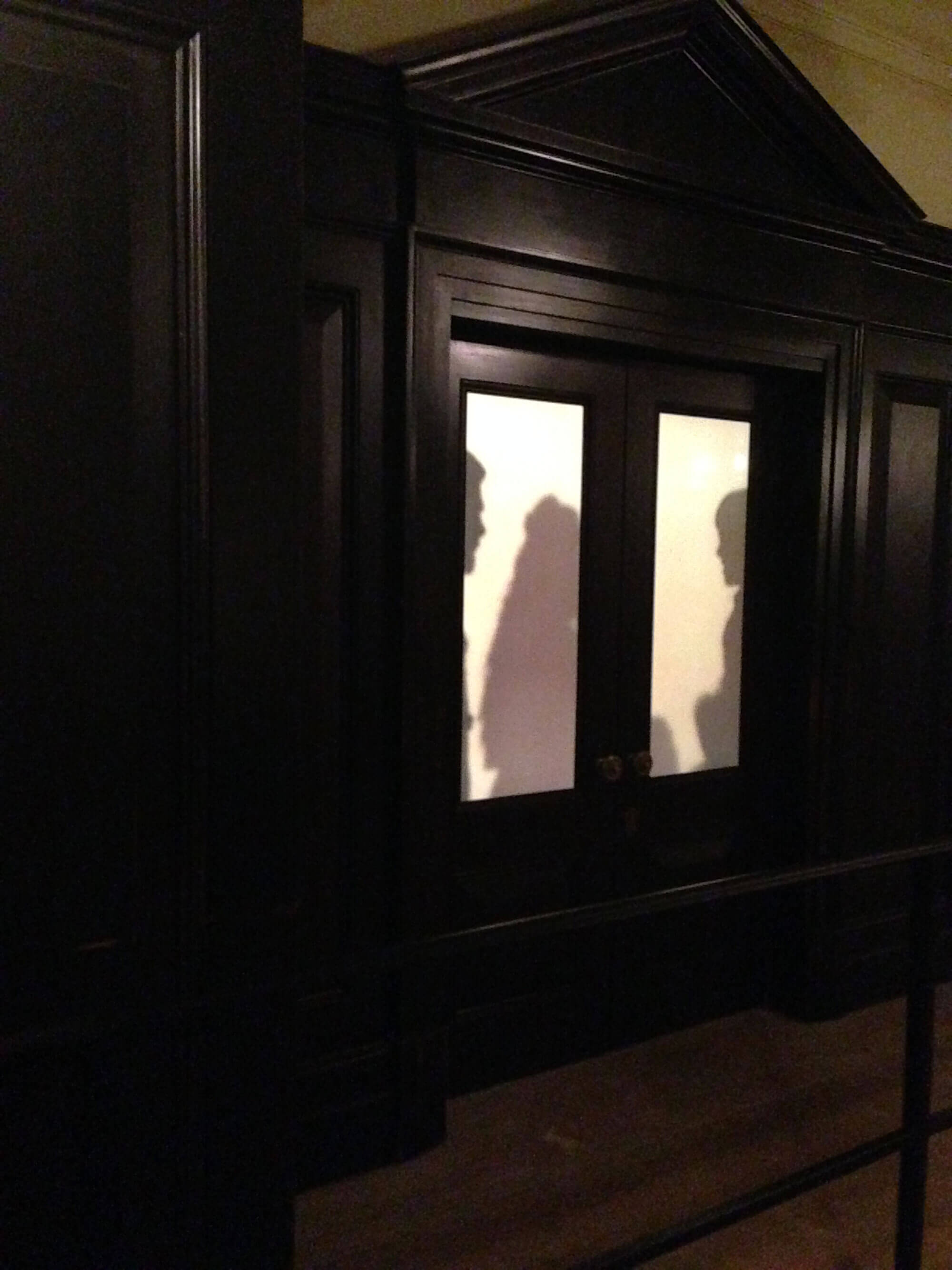 Speaking of Potter, you'll catch silhouettes of him, Ron and Hermione plotting their plan to steal one of Voldemort's Horcruxes from behind one of those closed doors. 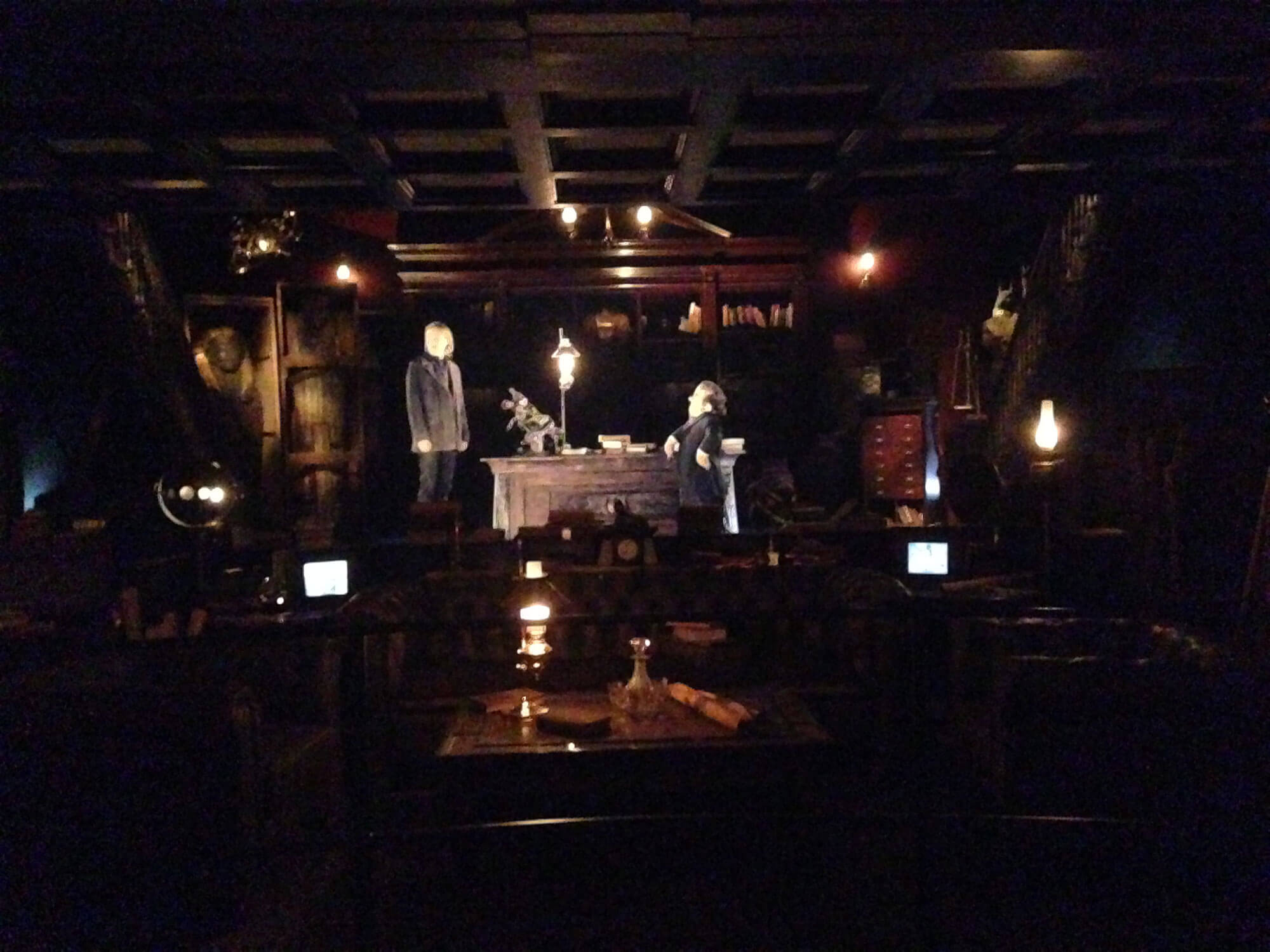 After the walk down the hallway you enter Bill Weasley's office, where with the help of a goblin, you will learn the rules of the tour. 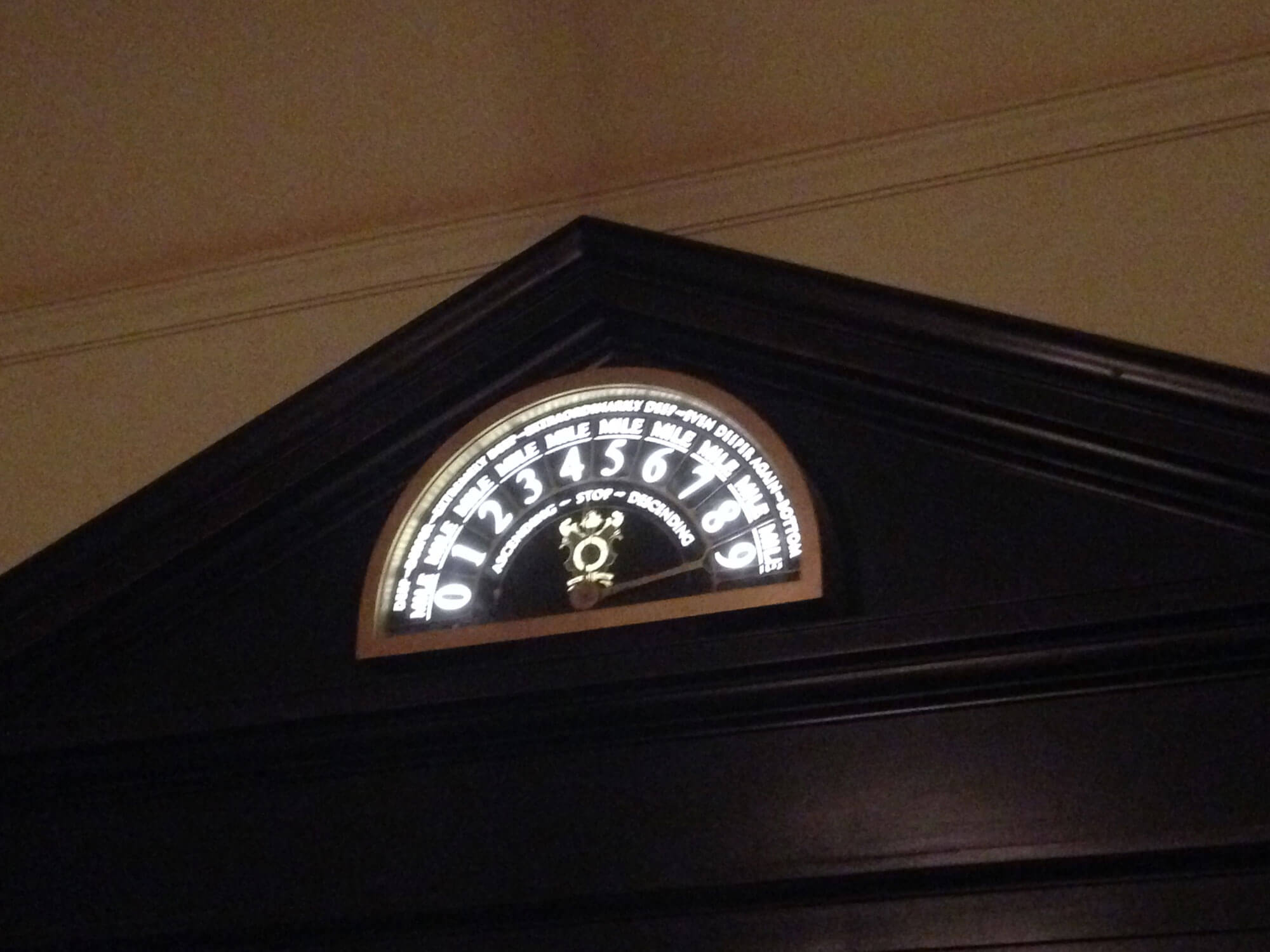 After that it's a relatively quick -- if a bit bumpy -- "elevator ride" 9 miles down to the vault. You'll pick up your 3-D glasses here, and a short walk up a set of circular stairs brings you into the catacombs where you'll enter your vault car and begin the tour. 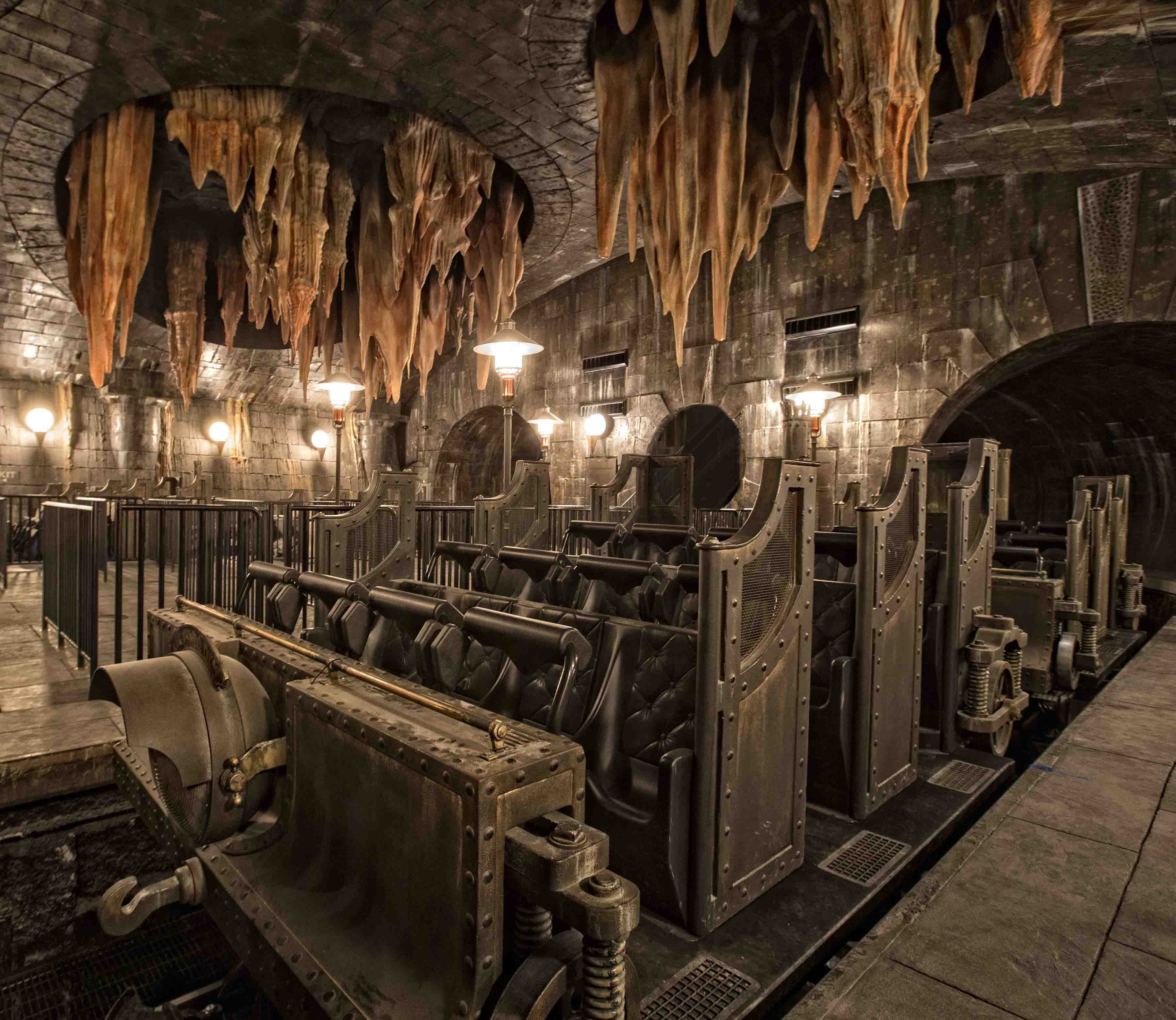 The ride car seats 12 with four to a row and is quite comfortable, although you do sit fairly far back in your seat. A lap bar comes down, and there are also harnesses for your legs -- you're even more secure than the Gringotts gold! 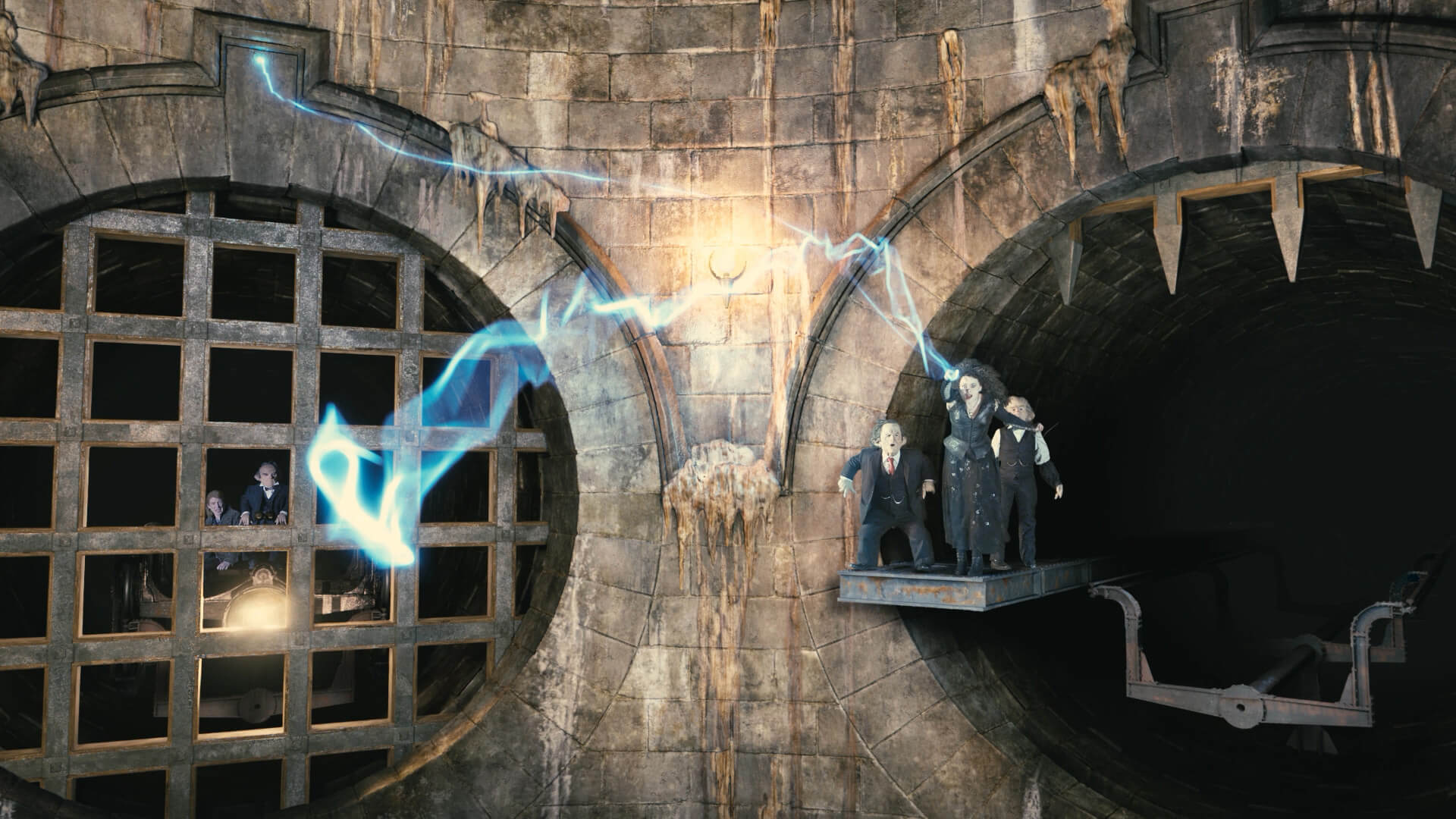 Of course, things go wrong, and you'll find yourself in the midst of Death Eater Bellatrix LeStrange! Spoiler alert: You'll also encounter the biggest thrill of this ride -- a steep but short drop and quick turn that will put you face to face with Harry, Ron and Hermione as they pass through the security waterfall.

Similar to Forbidden Journey and TRANSFORMERS: The Ride-3D, the story unfolds on the 3D projection screen with you experiencing the action from your vault car, with plenty of twists, turns and spins. Fans of the series will appreciate Universal's adaptation of this part of "Harry Potter and the Deathly Hallows." And while you will face He-Who-Must-Not-Be-Named, fear not, good will triumph in the end!

Universal has succeeded in creating a thrill ride that manages to add intrigue every step of the way. The theming is second to none, and the suspense is palpable throughout the entire experience. Pure Potter fans are likely to enjoy it more than Forbidden Journey, while strict thrill seekers are likely to prefer Forbidden Journey. Either way, this is one ride you are going to want to experience over and over, and we cannot wait until it officially opens!

Related: What We're Most Excited About Inside Diagon Alley