Ready for the race of a lifetime? At Tomorrowland Speedway, you can live out your dreams of becoming a race car driver! It wasn't always known under this name, though; during the grand opening of Magic Kingdom Park, this Disney ride opened as Grand Prix Raceway. We'll explore this and more during this secret history of Tomorrowland Speedway! 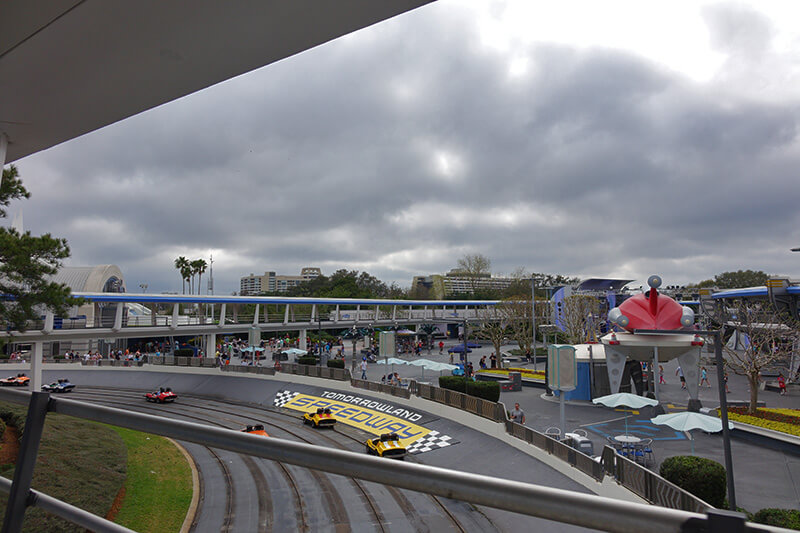 The Secret History of Tomorrowland Speedway

Tomorrowland Speedway is actually Magic Kingdom's version of Disneyland's Autopia. Autopia opened with the park in 1955! According to DisneyParkHistory.com, the attraction represented the future of America's multilane highways. As with most Disney rides, Autopia went through plenty of testing before the park's grand opening. In fact, the cars were first made without bumpers and plenty of collisions (and destruction) happened during testing! And that center rail system now on the ride? It wasn't there in the beginning!

Autopia was such a hit that another version opened at Disneyland in 1956 named Junior Autopia. Via D23.com, the cars in the junior version had booster blocks on the gas pedal so young tadpoles could reach them! 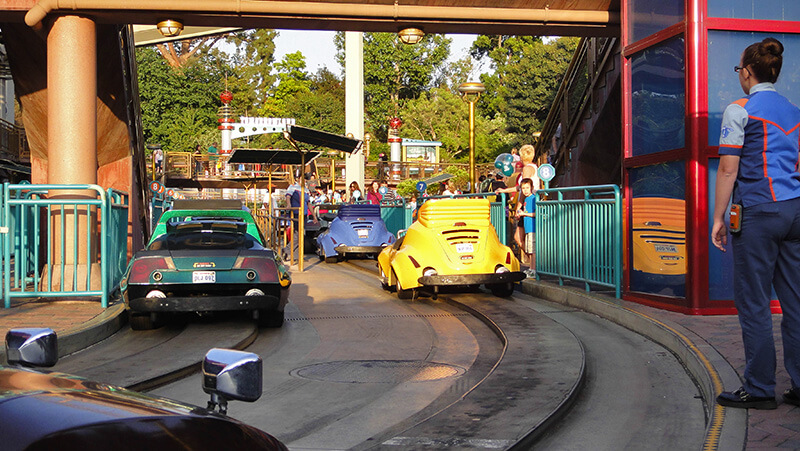 When Magic Kingdom's version of the ride opened in 1971, it was named Grand Prix Raceway. The theme of the attraction was geared (get it?) more towards a speedway and international car race than Autopia's theme. In 1973, Grand Prix Raceway was expanded and then once again in 1994 underwent a change during the remodel of Tomorrowland! The name was changed to Tomorrowland Indy Speedway.

Disney and the Indianapolis Motor Speedway joined together in the 90's to change the theme of the track to reflect the iconic Speedway. The Yard of Bricks, the Scoring Pylon, Gasoline Alley and more were added to Tomorrowland Indy Speedway. The "Indy" portion of the name was dropped later in 2009! 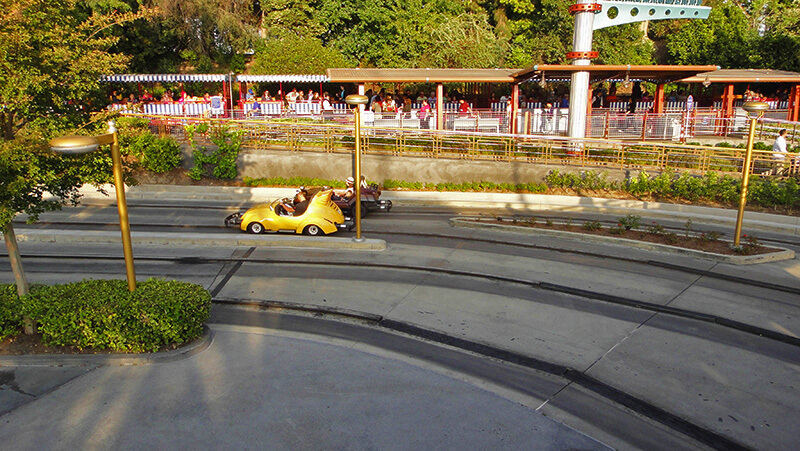