The Secret History of Disney Rides: Dumbo the Flying Elephant

When someone says Disney World or Disneyland, what do you picture in your mind? Mickey Mouse (duh), most likely Cinderella's or Sleeping Beauty's Castle, and for the majority, Dumbo the Flying Elephant! It's no secret this ride is an icon of Disney parks around the world. So, for this secret history of Dumbo the Flying Elephant, we'll see just what makes it a huge Disney icon and why we always have to ride it once every time we visit the parks!

The Secret History of Dumbo the Flying Elephant

Opening almost one month after Disneyland's officially debut, Dumbo the Flying Elephant started, well, flying on August 16, 1955. Actually, the ride was supposed to be ready by the park's public opening on July 17, 1955! According to Yesterland.com, a mechanical error of the fiberglass elephants being too heavy to fly pushed back the premiere date of Dumbo. And when I say heavy, I mean 700 pounds heavy!

Originally, the carousel ride's name was to be 10 Pink Elephants On Parade to represent the pink elephants from Dumbo's insane dream. The elephants were quickly changed to be gray to look like Dumbo. Disneyland's Dumbo the Flying Elephant first resided on the west side of Fantasyland. During Fantasyland's Dumbo-sized remodeling, the ride was transported to where Skull Rock once was. It went through another update in 1990 with 16 new ride vehicles. 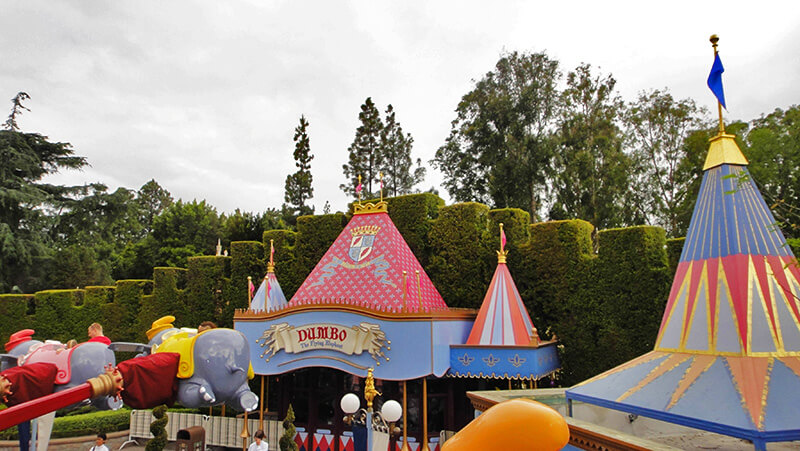 Magic Kingdom's own version of the ride soft opened without the famous Timothy the mouse nor Dumbo's hat. Timothy didn't even make his debut on the ride until around two years later! The ride continued to go through more refurbishments and additions throughout the years, including 16 new vehicles. When Magic Kingdom's own Fantasyland went through a major updating, Dumbo the Flying Elephant was expanded and moved to the new Storybook Circus area. The ride's expansion added two different sets of flying elephants moving in opposite directions. It also opened with an interactive queue (made indoors themed to the film's big top tent) that includes rope climbs, trampolines and more!

Nowadays, you'll also find a Dumbo ride at Disneyland Paris, Shanghai Disneyland, Tokyo Disneyland and Hong Kong Disneyland. While it isn't the most thrilling ride, we always have to hop aboard for a nostalgic ride (plus Lily still finds it thrilling enough). 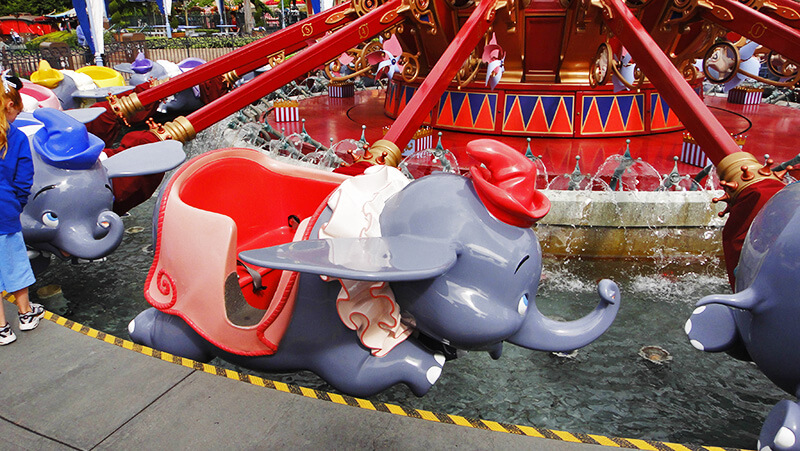 Do you remember your first time riding Dumbo the Flying Elephant? Let us know in the comments below! Be sure to check out Magic Kingdom Park and Disneyland Park wait times, ride details and more.