All aboard the Himalayan Escapes train to Mount Everest! The secret history of Expedition Everest is a wild and daring one. On the rickety steam train, you travel through the Himalayas, including the "forbidden mountain," to the base camp of Mount Everest; along the way, you just might encounter unexpected dangers, such as a Yeti! Ready to uncover the secret history of Expedition Everest? Hold on tight—it's going to be a risky expedition! 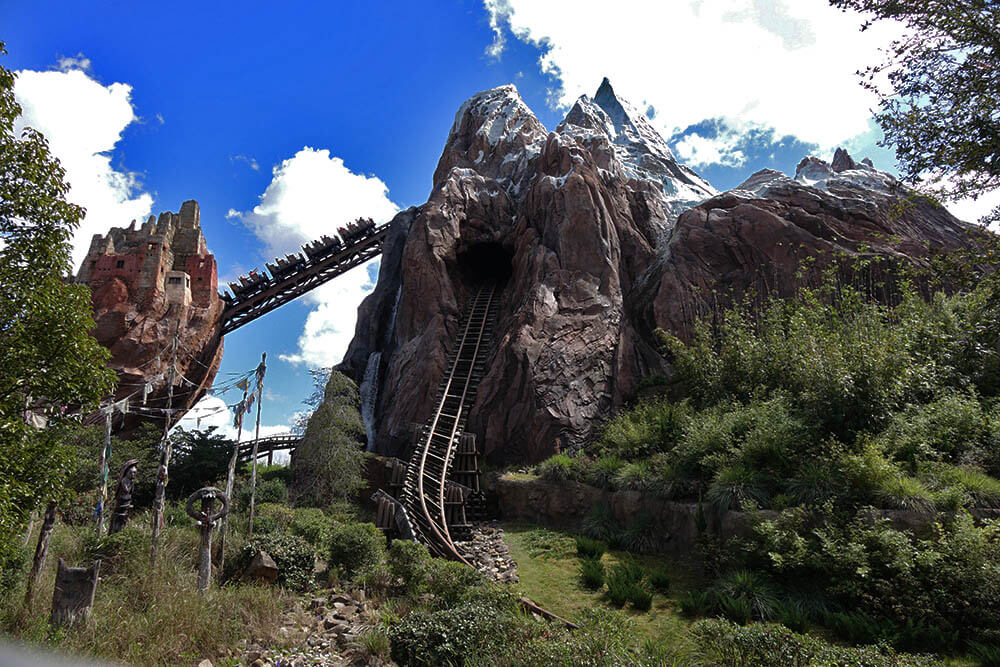 The Secret History of Expedition Everest

The tallest of the Walt Disney World "mountains," Expedition Everest has a height of 199.5 feet in Disney's Animal Kingdom. The roller coaster is also one of Disney World's few "thrill" rides! The mountain officially opened for tours on April 7, 2006, and is often compared to Disneyland's Matterhorn Bobsleds because of the snowy mountain and Yeti features.

While guests often believe they're traveling through Mount Everest on the roller coaster, the ride actually ventures through the "Forbidden Mountain." The story of this mysterious peak begins with the fictional Norbu and Bob. According to The Complete Walt Disney World by Julie and Mike Neal, the two entrepreneurs restored the railroad used in the 1920s for carrying tea between the villages. Norbu and Bob called the new business, Himalayan Escapes - Tours and Expeditions. 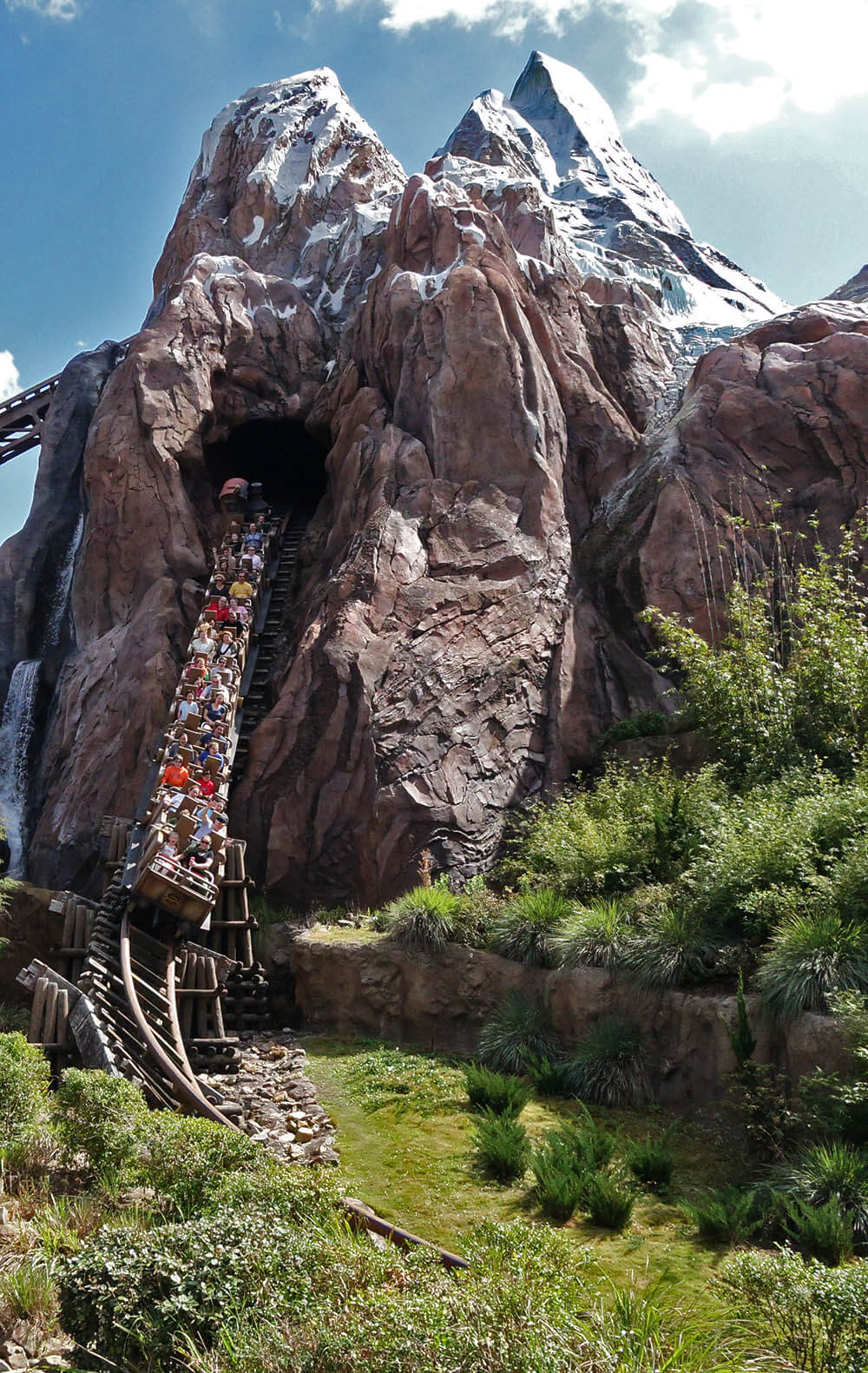 Disney first announced the making of the attraction on April 22, 2003, to celebrate Disney's Animal Kingdom's fifth anniversary—three years before it actually opened. Disney Imagineers actually spent six years, though, creating Expedition Everest. During these years, they took many trips to the Himalayas for research!

Disney also celebrated the upcoming opening of the roller coaster in New York City's Times Square on February 16, 2006. The event, known as "Everest in the City," included Project Bandaloop acrobatic dancers and a rock climber dangling from ropes hundreds of feet in the air, performing cartwheels and other breathtaking stunts. Billboards covered several buildings and were made to look like a mountain rage with a roller coaster speeding down! The Yeti loomed in the distance on these billboards with glowing red eyes. Many special effects were used to bring the Himalayas to life, such as pyrotechnics, avalanche effects and more. Passerby's could text the world "DISNEY" to the code "4YETI" and the Yeti's eyes would flash.

Expedition Everest is unique to Disney's Animal Kingdom— you won't find it anywhere else in the world! Let's learn some interesting facts about this rickety train.

Next time you're at Disney's Animal Kingdom, you can take an expedition you'll never forget on this roller coaster! Make sure to check out our Expedition Everest wait times, ride details and more. Got a secret fact or a favorite memory from Expedition Everest? Let us know in the comments below!