Sorcerers of the Magic Kingdom - Review

I gave the new Sorcerers of the Magic Kingdom® Park interactive game a try a few weeks ago. Along with my personal review, I'm sharing important details like where to sign up, how to play and how it might affect your schedule.

What is Sorcerers of the Magic Kingdom® Park?

It is an interactive game where you, an apprentice Sorcerer, 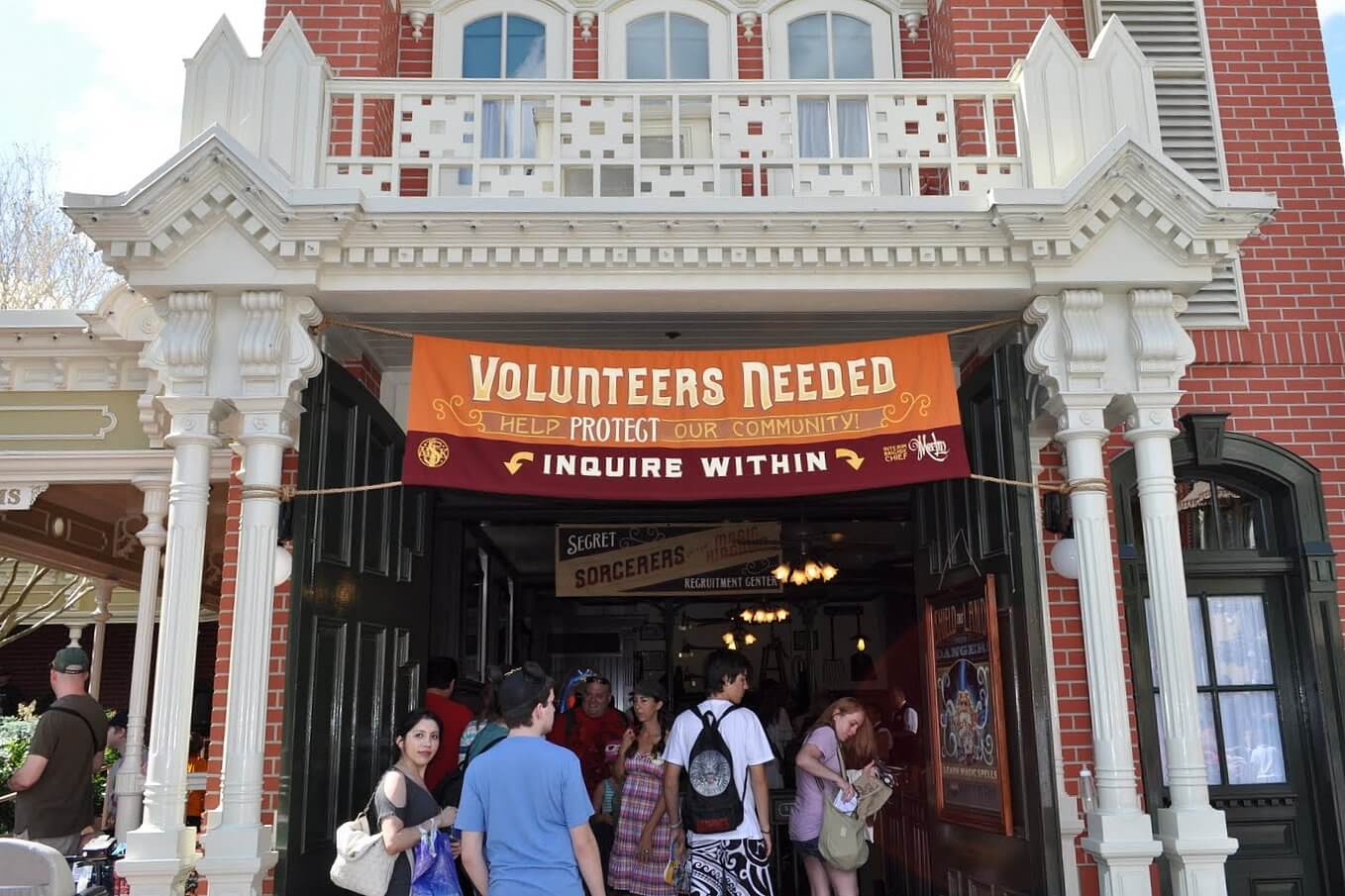 are on a mission to stop Villains in Magic Kingdom® Park from stealing one of the four shattered pieces of Merlin’s powerful crystal ball. This is done by checking in at each of the 20 Mystic Portals. The Portals are built into existing structures and each shows a video that gives you the clue to the next one.

To begin playing, you have to go to one of two Sorcerer's Training locations. (One is located between City Hall and Harmony Barbershop on Main Street, U.S.A.® 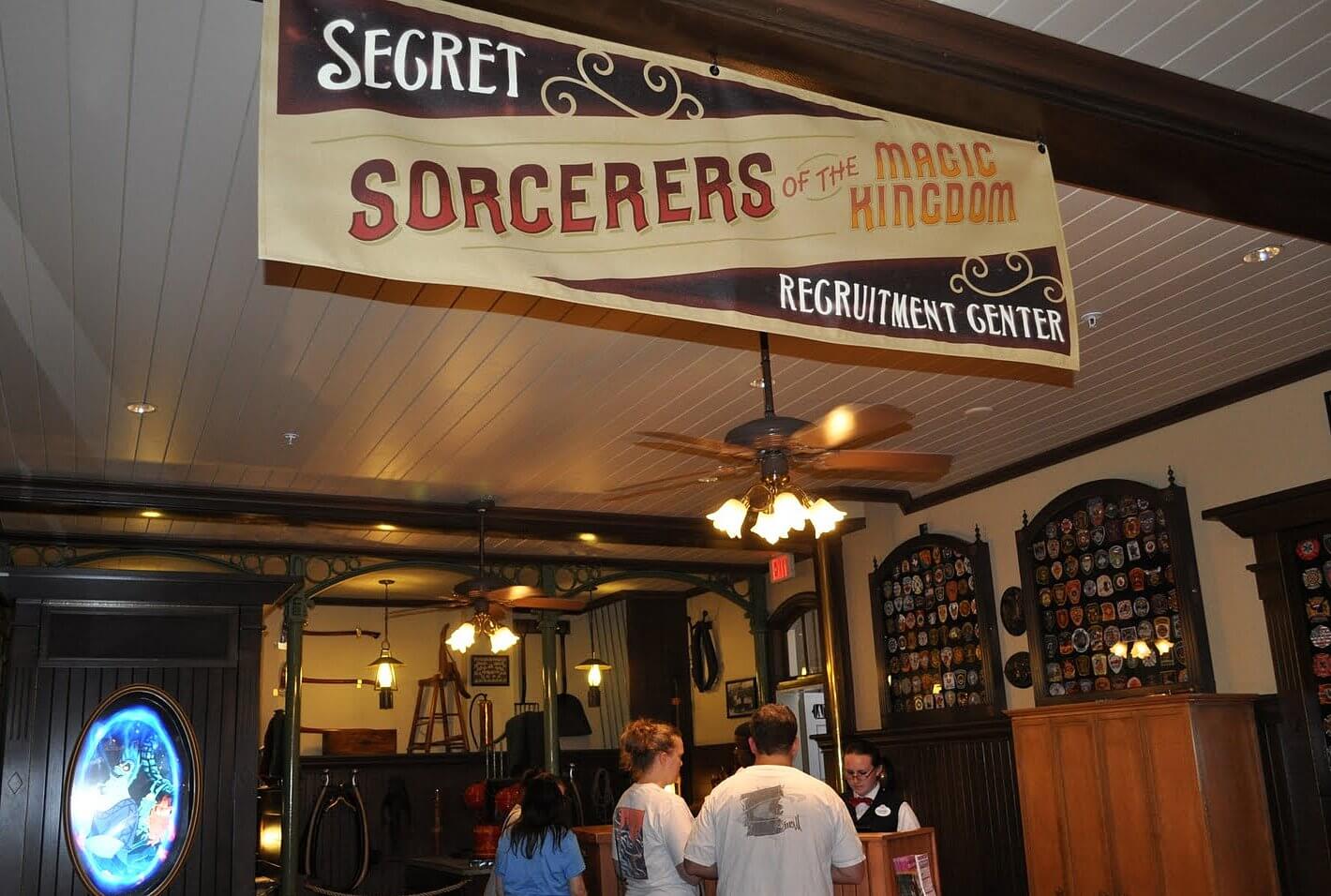 and the other is in Liberty Square in Ye Olde Christmas Shoppe.) All that is required to play is your admission ticket which the Cast Member will scan and give back to you. After your ticket is scanned, you will receive five Sorcerer "spell" cards, one "key" card and a "Sorcerers Map of the Magic Kingdom® Park." The Cast Member will also lead you through a tutorial so you're up to speed on how to play the game. Pay careful attention; you'll get the clue to the first Mystic Portal during the tutorial.

With your Sorcerer cards and map in hand, you're all set to begin your adventure throughout Magic Kingdom® Park.

1. When you get to the Portal, stand in the Circle of Power and use your "key" card to unlock it. The beginning part of the video is basically entertainment; at the end of it, you will hold one of your Sorcerer "spell" cards up t 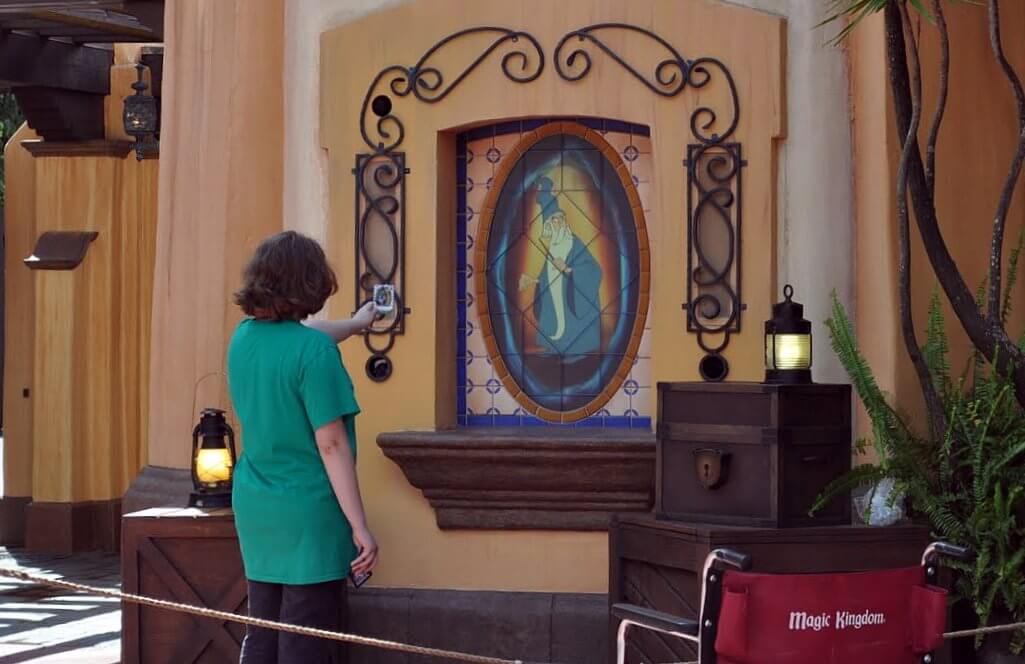 o the screen at which point you'll get the clue to the next Portal. (You will see a picture of where to go as well as a symbol that corresponds to your map.)

2. You can't skip Portals. If you go to the wrong one, your "key" card will not unlock the Portal.

3. There is no time limit for playing the game. You can do it all at once (which will take you 3-4 hours) or play throughout the day between rides and attractions.

4. You can only play once per day. Cast Members can track this since they scan your admission ticket when you begin the game.

5. Sorcerers of the Magic Kingdom® Park is included with regular theme park admission. There is no extra cost to play.

How Long Does It Take

Sorcerers of the Magic Kingdom® Park is still relatively new (it began on Feb. 22, 2012) making it very popular. It's popularity means long lines at 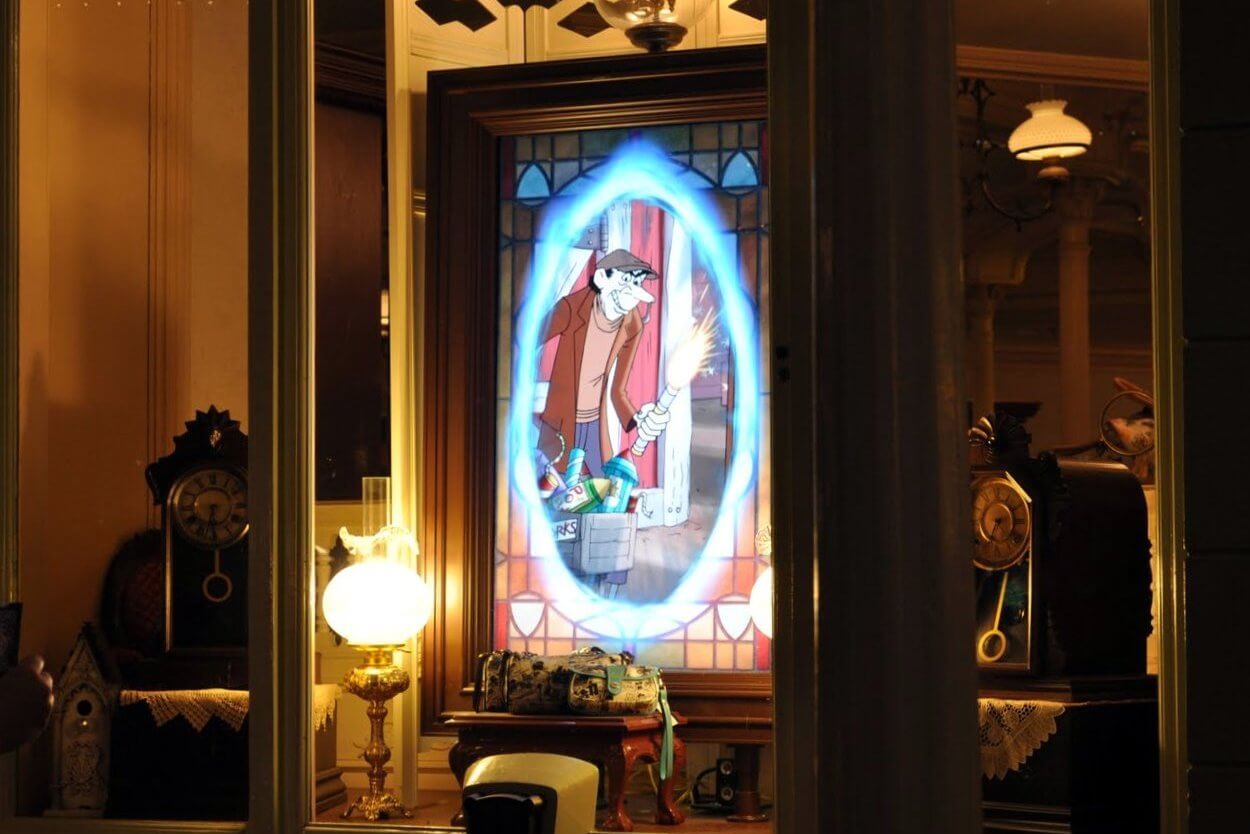 the Sorcerer's Training locations just to begin playing and at the Mystic Portals where you check in for clues. Each Portal takes about 3 minutes to complete. This doesn't account for how long you have to wait to get to the front of the line either. When I played, each Portal ended up taking me about 10 minutes altogether. Since there are 20 Portals, it took me four hours to complete the game. (The Portals are spread throughout Main Street, U.S.A.®, Adventureland® Area, Fantasyland® Area, Frontierland® Area and Liberty Square.)

While the idea is genius, I'm not sure Magic Kingdom® Park is the best park for this sort of interactive game. With so many rides and attractions to experience, adding Sorcerers of the Magic Kingdom® Park to your list of things to do can dramatically affect your schedule. 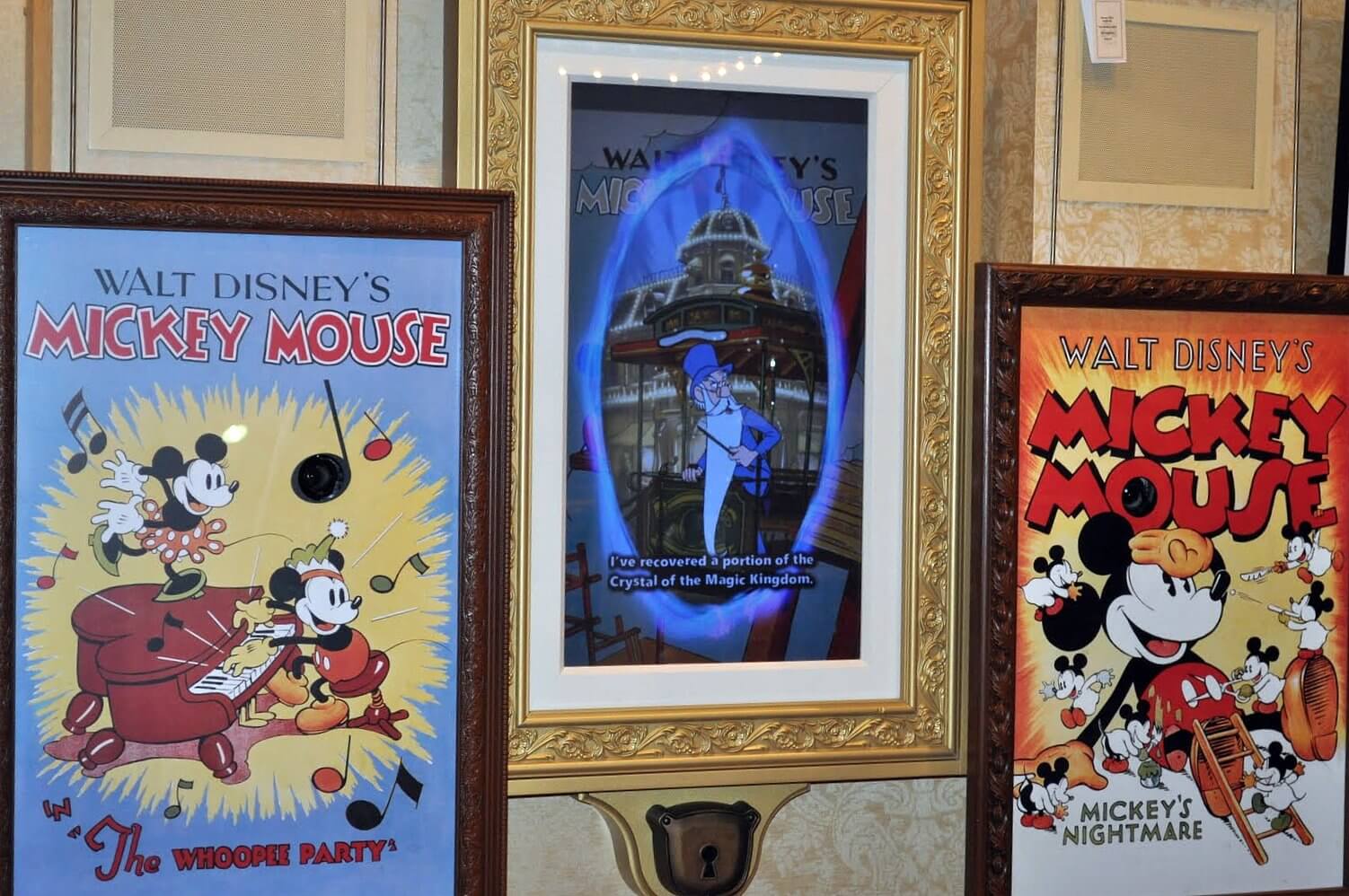 The time of day you play is also an important factor. I tried doing it in the morning, but that didn't work since we always take advantage of shorter lines during that time. I ended up doing it at night which was better than the morning, but still tricky. I got stuck on Main Street, U.S.A.® during Main Street Electrical Parade and would have encountered the same problem in Liberty Square and Frontierland® Area. My thought is that the best time to play is immediately following the afternoon parade.

Funny enough, the best part of Sorcerers of the Magic Kingdom® Park for me and my little sister, Lily, was the Sorcerer cards. 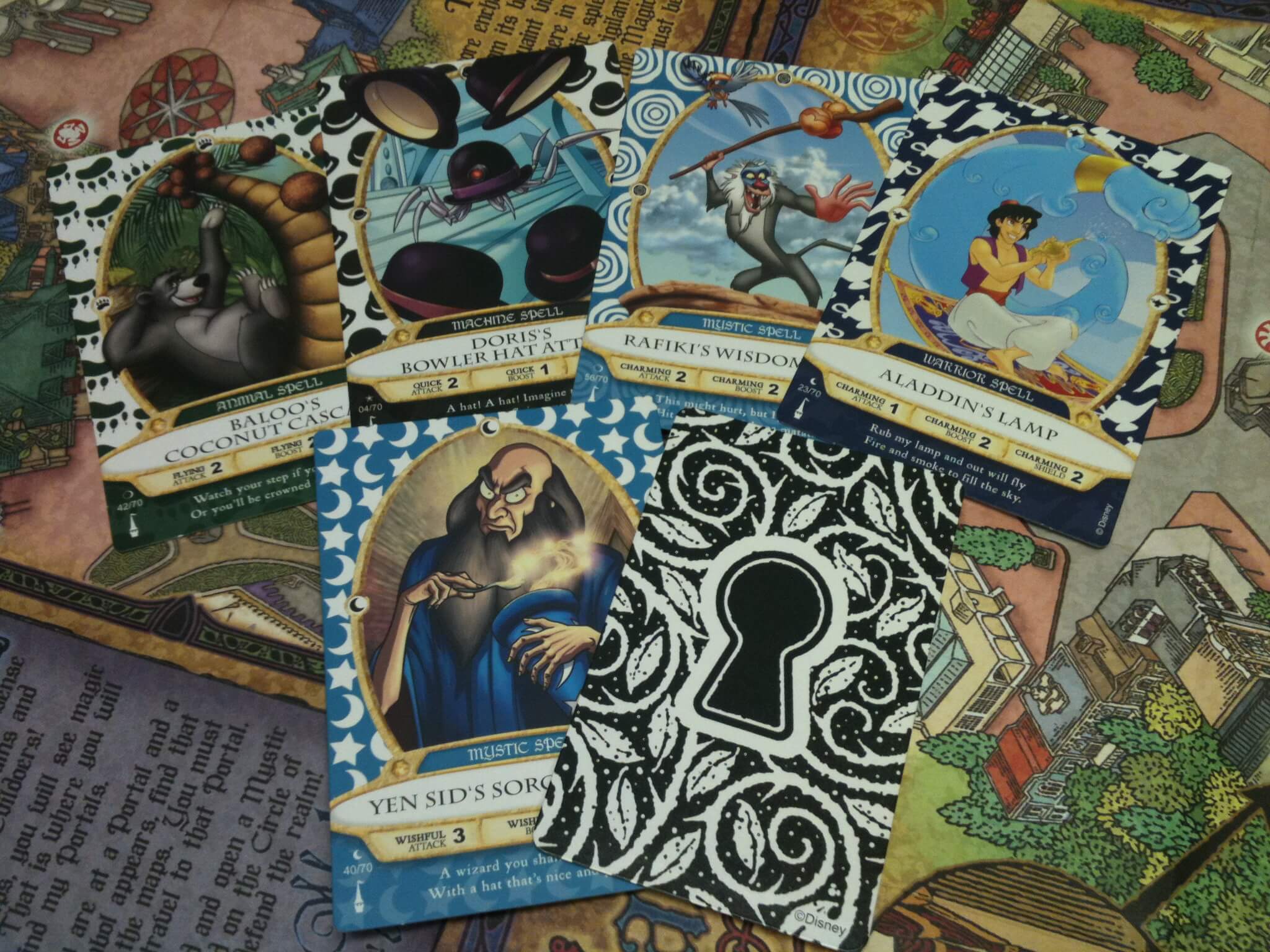 There are 70 in the complete set and each has a different spell such as Baloo's Coconut Cascade (an Animal Spell), Aladdin's Lamp (a Warrior Spell) and Rafiki's Wisdom Stick (a Mystic Spell). Even thought my parents didn't participate, they used their admission tickets so Lily and I each got an extra set of cards. And even though I actually played just once, I did sign up each day of the trip to get an additional set.