Heading to Universal Orlando During a Peak Time? Here's What You Should Know 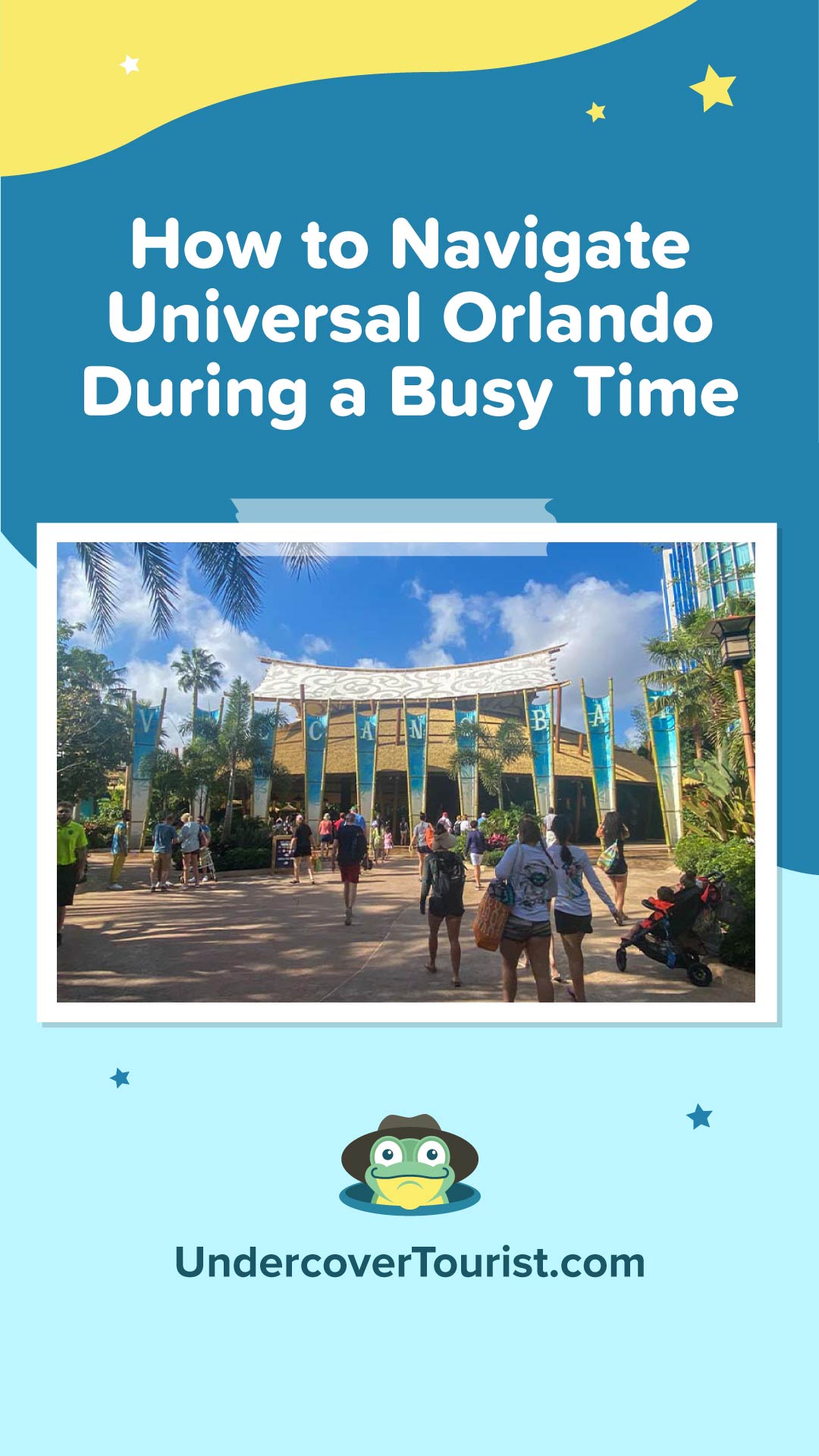 Sometimes, the best time for a vacation is when your schedule allows it! For many busy families, that means times when the tadpoles are out of school, including spring and summer breaks. If you’re planning to visit Universal Orlando Resort during a peak period, then naturally you may be wondering what the park experience will be like: How can I make the most of my time if there are long lines? Will I be able to get everything done that I want to do? How early do I need to arrive?

Over the years, we’ve gathered our tried-and-true touring tips. The parks reaching capacity is not particularly common — especially now that it's been well over two years since the parks reopened after their extended closure in 2020 and are no longer operating with a limited capacity — but it's still possible. As of October 2022, the last time a park filled up was when Universal's Volcano Bay hit capacity for a day this past August. The sooner you can purchase your tickets, the more availability you'll find (and if you're visiting during a peak time, that means you'll have a better shot at selecting your preferred dates).

Visiting Universal Orlando during a busy time does not mean you're in for less fun or more stress. Much like our green friend Shrek, it just means there are more layers to understand. In this post, we’ll cover exactly what to expect during those rare days Universal Orlando hits full capacity and how to make the very most of a busy day so that you are toadally ready for action.

Our Top Touring Strategy When Universal Orlando Is Busy 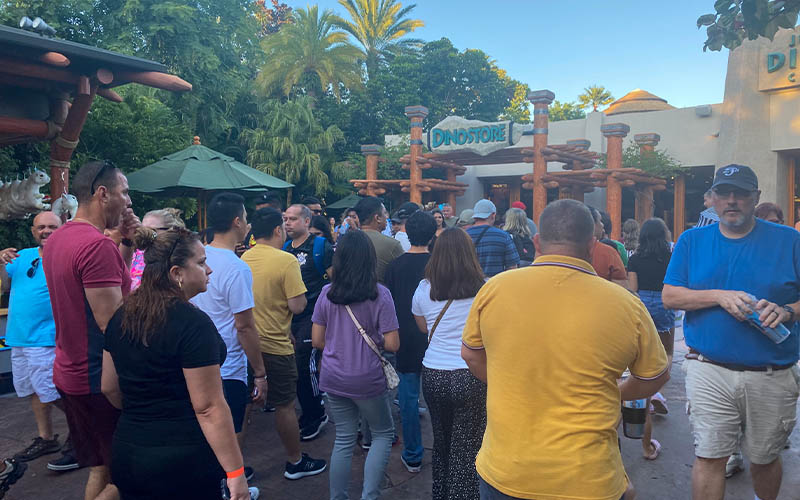 While the lack of a park reservation system can make for a more last-minute approach, if you know you'll be visiting Universal Orlando during a busy time, the best piece of advice that we have is to plan ahead. Since you'll need to select your ticket's start date in advance, and dates can sell out, you'll want to hop on tickets ASAP for your best shot at your preferred dates. Likewise, hotel reservations are more likely to fill up during busy times — and some of the most useful time-saving perks are offered to Universal hotel guests, which we'll get into below.

Entry at the theme parks is first-come, first-served. That means you should plan to arrive early, especially when crowds are highly anticipated. Around this pond, we like to say that the early frog gets the fly! A good rule of thumb is to arrive at the entrance gates about an hour before the parks officially open since the gates have a habit of opening a few minutes early. That way, you can make a beeline to the hottest rides and get on them with minimal wait times. If you’re staying at one of the Universal Orlando Resort hotels (or if you’re a premier or preferred annual passholder), you should definitely take advantage of Early Park Admission. Be sure to budget time for parking or taking transportation to get to the parks, going through security checkpoints and walking through Universal CityWalk.

When to Expect Universal Orlando to Reach Capacity 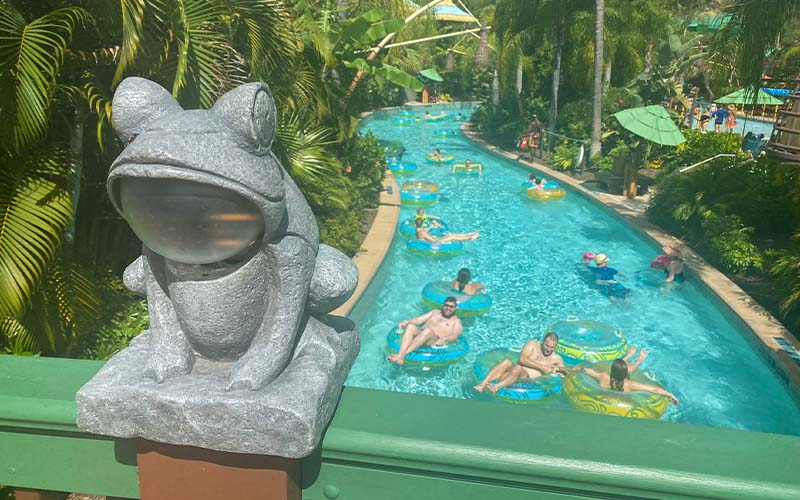 As of June 2021, Universal Orlando Resort has been operating at pre-pandemic capacity. We haven't heard of either of the two theme parks hitting capacity since those pandemic-induced capacity restrictions disappeared. However, Volcano Bay did hit capacity several times just this past year, during spring in both April and May and during the heat of summer in both July and August.

You can pretty much expect to be able to get into both Universal's Islands of Adventure and Universal Studios Florida without any problem — no matter the day. However, the dates most likely to see any of the parks reach capacity are the week between Christmas and New Year's, Memorial Day weekend, Fourth of July and Labor Day weekend. If you can, we’d advise you to avoid visiting any weekend during the summer season, as weekdays are usually — although not always — less crowded. If you DO visit during the summer, consider using the weekend as your "downtime" if possible; hang by the pool or plan your shopping!

The start of spring break season — another time it's not uncommon to see big crowds in the parks — is always early March. However, the end of the season fluctuates, thanks to Easter. The date of the holiday changes every year, and many school districts adjust their spring break or give additional days off because of it. Typically, when you have a later Easter, there is a longer, but overall less crowded spring break season. Next year, Easter will fall on April 9, so there will be an overall shorter, but more crowded, spring break season, compared to this year when Easter fell on April 17. Florida universities generally have spring breaks during the first or second week of March. In 2023, the public schools in Orange and Osceola Counties will have spring break from March 13 to 17, so that week may see busier weekdays due to locals being out of school.

The summer break season normally lasts from Memorial Day weekend to Labor Day weekend — though the second half of August usually sees crowds slowing down since Florida schools, along with many U.S. school districts, start the school year in mid-August. For the best times to visit Universal Orlando, I share more advice on when to visit the parks in this separate post. 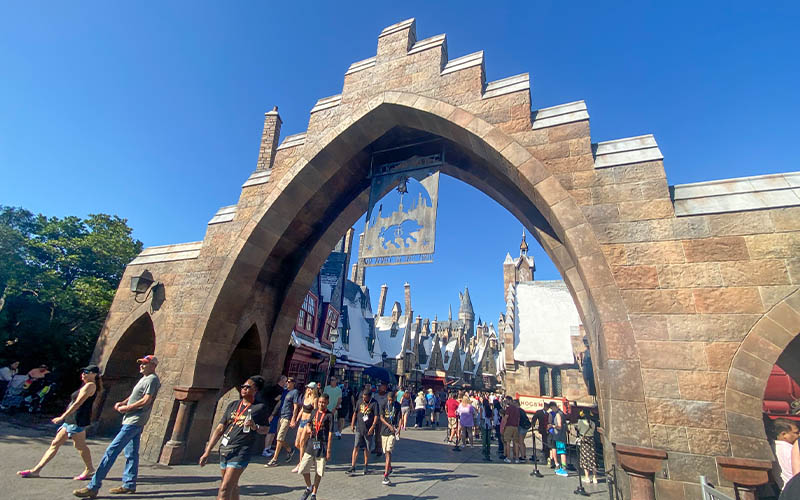 Certain guests are considered priority guests — Universal hotel guests and single-day ticket holders. As the team members monitor the parks’ capacity, they may stop guests from entering as they near capacity but continue to allow priority guests inside. Priority guests will also be among the first to enter if the parks reopen later. If you arrive and the parks are closed due to capacity, then you'll have to wait in line. There is a separate line for priority guests. 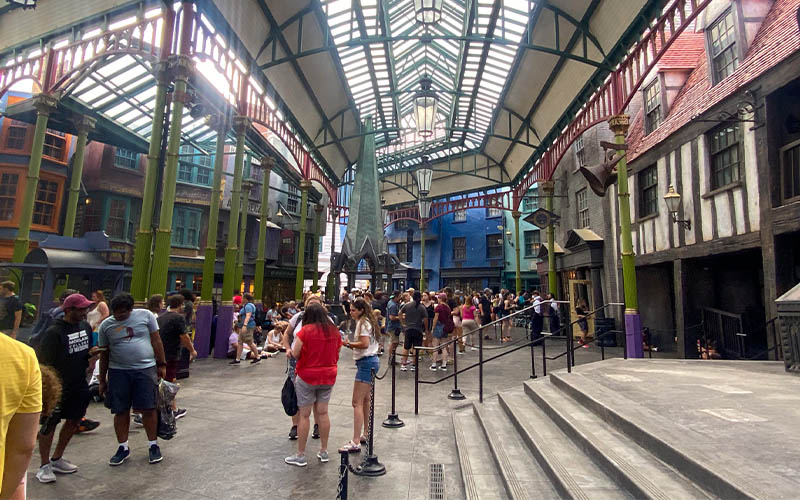 You should not leave the parks if you’re already inside or else you may have to wait to re-enter if the parks are at capacity. Universal opens up a pathway to hop between parks so you don’t have to exit or take the Hogwarts Express. (By the way, this special pathway will open up on busy days, even if the parks have not yet reached capacity. It's also possible for the pathway to only have one-way access.) This means you should plan accordingly by packing everything you need, so you don’t froget anything in your car or hotel room. In this case, it’s worth spending $10 or $15 (depending on the size) for an all-day locker if you’d rather not carry certain items around with you.

Tips for Planning Around a Busy Time at Universal Orlando 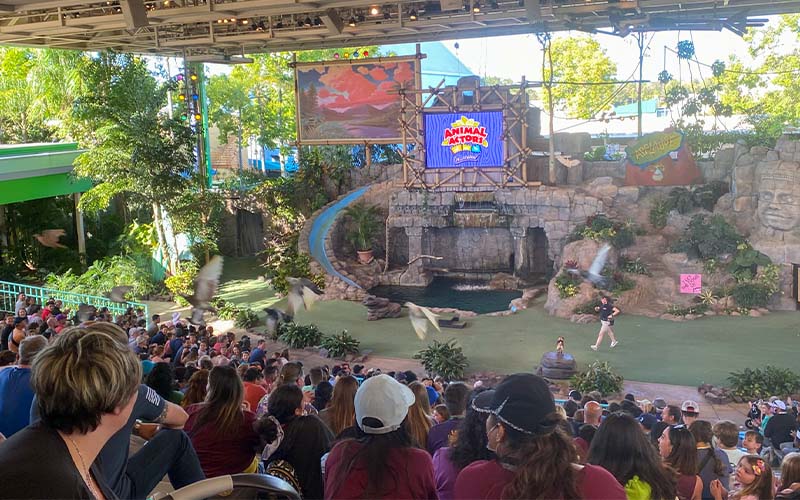 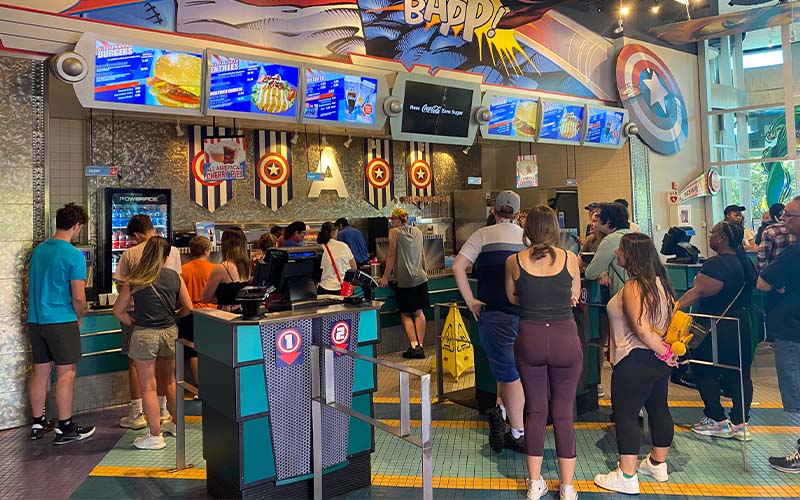 Do you have any more questions or concerns about Universal Orlando's capacity procedures during busy periods? Let us know in the comments below!

SAVE $26 vs Adult gate price