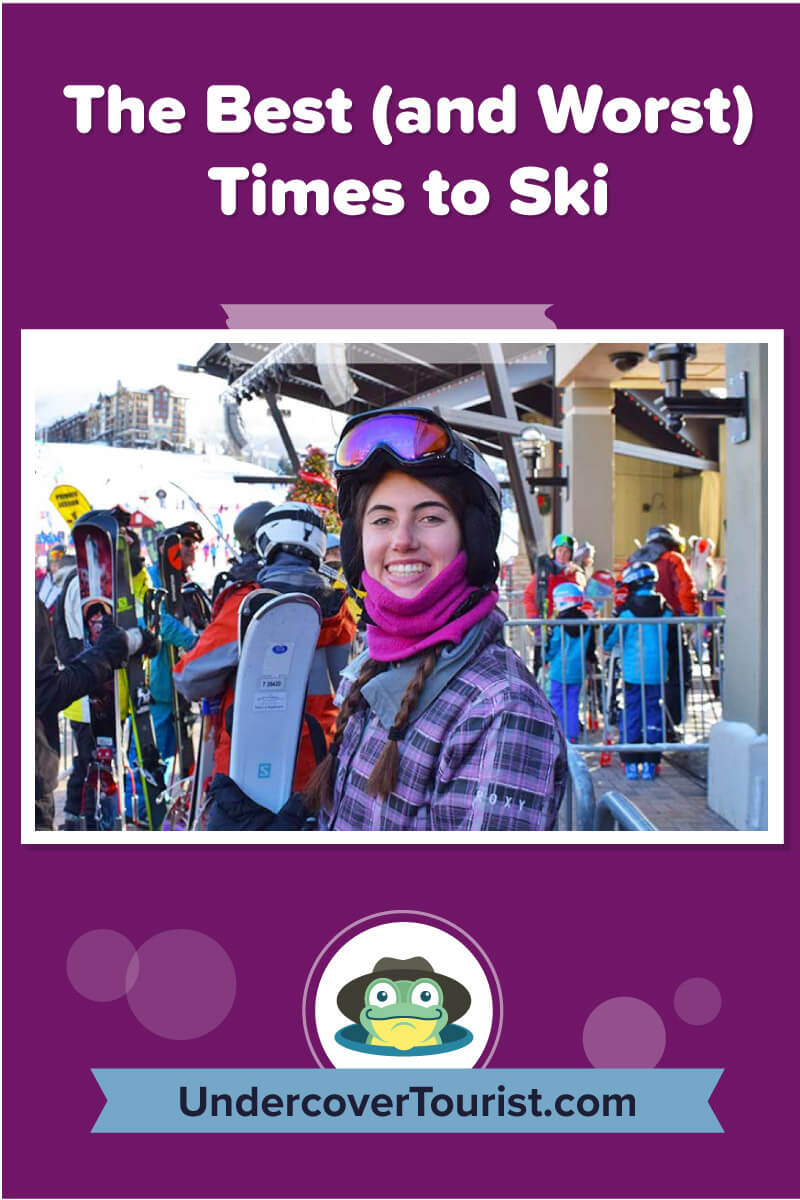 If you've been hopping with us for a while, you know we frogs like to visit theme parks when crowds are at their lowest. OK, really, who doesn't? When it comes to hitting the slopes, we're no different. We like to pick the best time to ski so that there is plenty of powder and we're not having to fight for space on the slopes or afterward at the après spot.

With a shorter season, families don't have quite as many options when deciding the best time to ski — but overall, there are better times than others. Just like with theme parks, kids' school schedules and holidays are the biggest predictors of crowd levels — and prices! If you can schedule your ski trip around times when the tadpoles are in school, you'll find fewer crowds, more hotel availability and better rates. Now that we're selling discount hotels and lift tickets and passes to some of the top family-friendly ski resorts in the U.S., we thought it would be a most excellent time to talk about the best time to ski in Colorado, Utah and Lake Tahoe. Let's go! 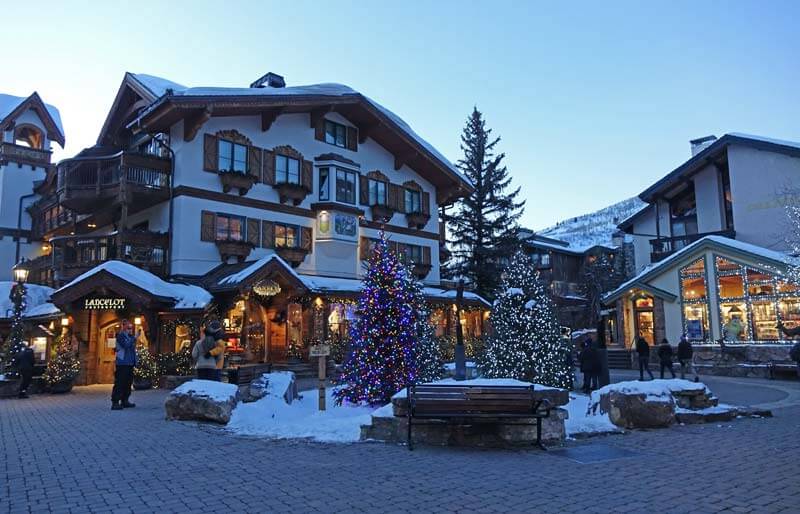 Before we get into the specific best dates for the 2022-2023 season, we'd like to talk more generally about the busiest times to ski. These are the days after Christmas and through the New Year, around Martin Luther King Jr. Day and Presidents Day. Generally, these three times are considered peak season. Spring break is a popular time to hit the slopes, as well, but because it varies by school district, it isn't always considered peak peak season. The week leading up to Christmas is also a busy time (and an especially expensive time for booking a hotel), but it's not quite as busy as these others.

If you plan to ski during the busiest times, it would be best to purchase an Epic Pass or Ikon Pass early for the best savings. Peak lift tickets are pricey, but make sure to check blackout dates on the pass before you buy. 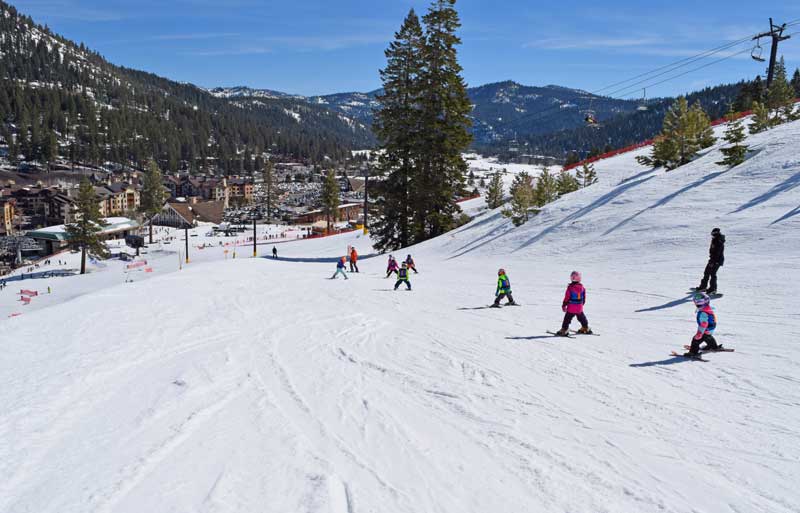 Not to be confused with the best time to ski, the least busy times to ski and the least expensive times to ski are generally at the beginning and end of every ski season. While the resorts have powder-making capabilities, we generally wouldn't plan a full-on ski vacation months in advance for November or early December. You just can't predict mother nature! If the mountains get an early snowfall, then toadally go for it! Keystone usually gets good early-season snow.

The same can be said for mid-to-late April. Sometimes there is a lot of powder and the season can get extended, but that's not something you can plan ahead for. We like to think of it as a bonus — perfect for a last-minute getaway or a way to get a little more milage out of those Epic Passes. Breckenridge generally has snow until the end of May and sometimes into June! We love spring skiing with sunshine and warm temperatures, but you can run into some slushy situations at lower elevations.

Throughout the season, weekdays are generally less expensive and less crowded than weekends.

Hop back as the season approaches to find out the predicted ski season opening and closing dates for the ski resorts. Note that all open and close dates are tentative and subject to change!

When it comes to ski conditions, generally, early January through early March (minus the holidays) is the best time to ski. It's peak powder time, and the slopes are less crowded. Some of the resorts closest to major cities such as Breckenridge will see more crowds from local skiers on weekends, but generally, it's smooth sailing. January tends to be the coldest month. Late February and early March are perfect because of warmer temps, more sunshine and more snowfall.

That being said, we frogs do love spring skiing with sunny days and warm temperatures (aka no gloves needed), even if the snow is a little wetter. Choose a resort that has good snow late season such as Breckenridge, Palisades Tahoe or Mammoth Mountain.

Now that we've outlined the general best time to ski in Colorado, Utah and Lake Tahoe, let's look at what we expect to be the best dates and the busiest dates for the upcoming ski season.

Now you know the best time to ski if you're headed to Colorado, Utah or Lake Tahoe this winter. Need help deciding on the best places to ski? Look no further than our handy ski resort matrix, created with families in mind! Then book your discount hotel and Epic Pass or Ikon Pass with us. Don't froget to book your car rental with hotel and passes to unlock even more savings!

Related: When Is the Best Time to Book a Ski Vacation?

Related: How Many Days Do You Need For a Ski Trip?

The Lodge at Vail

The Osprey At Beaver Creek